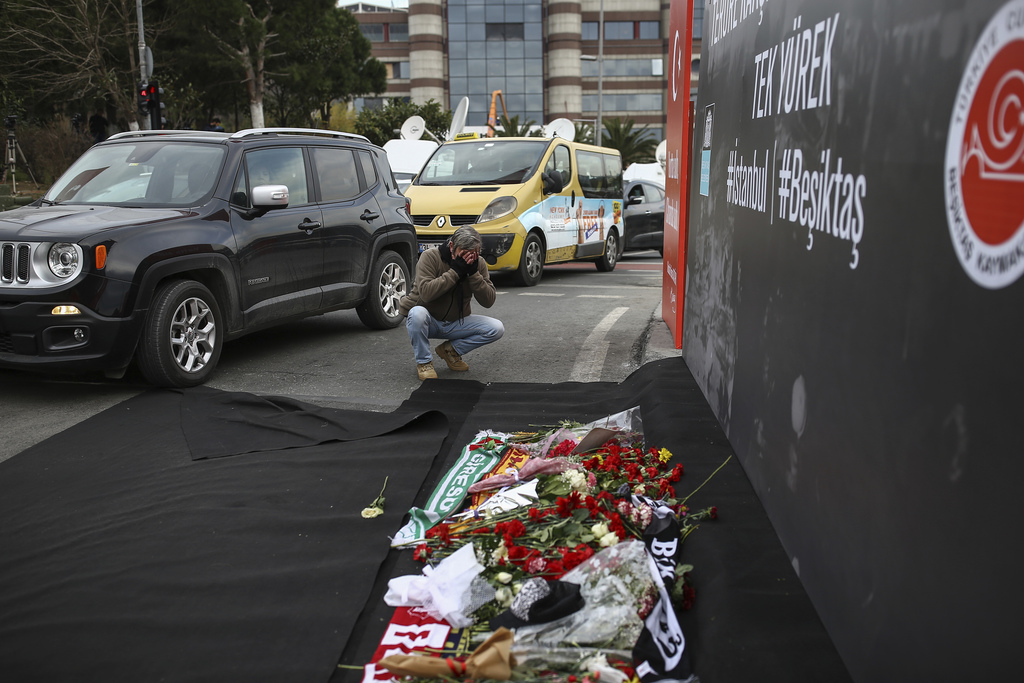 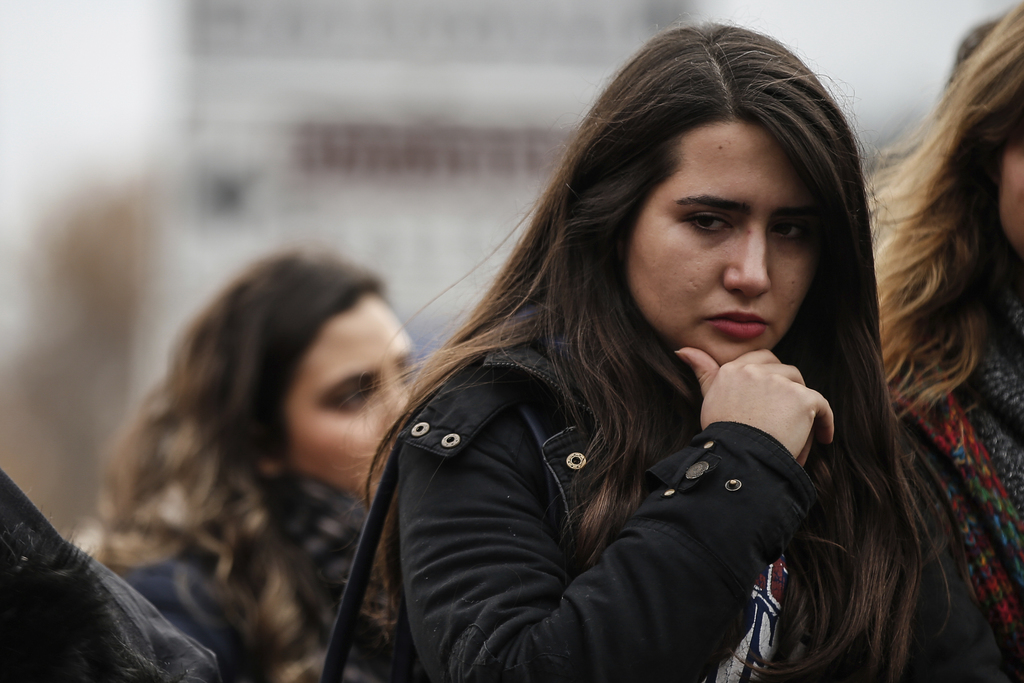 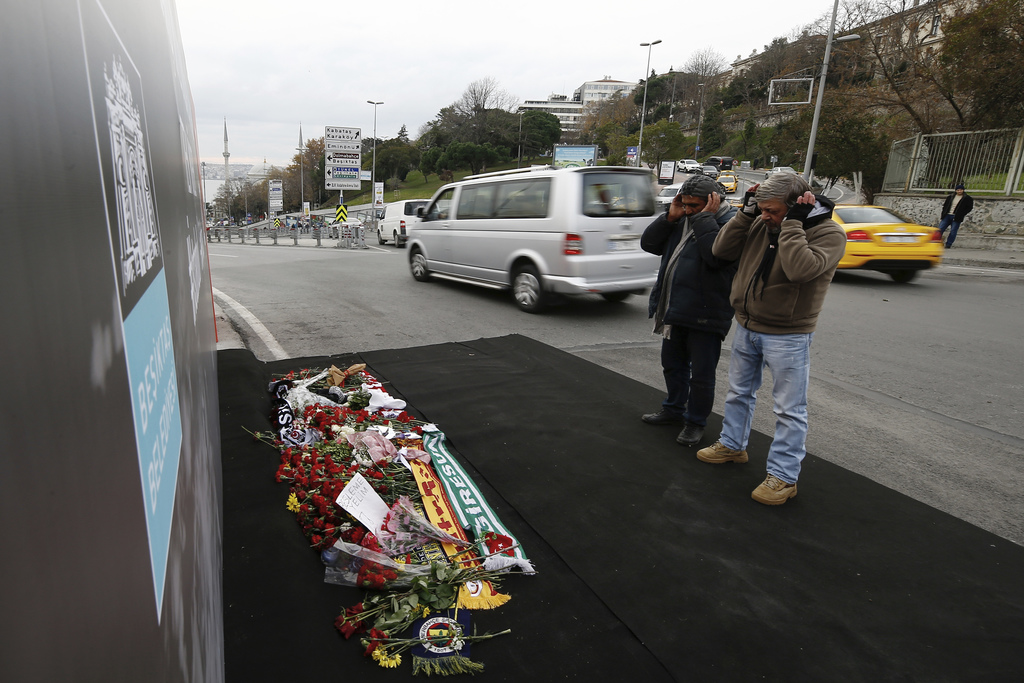 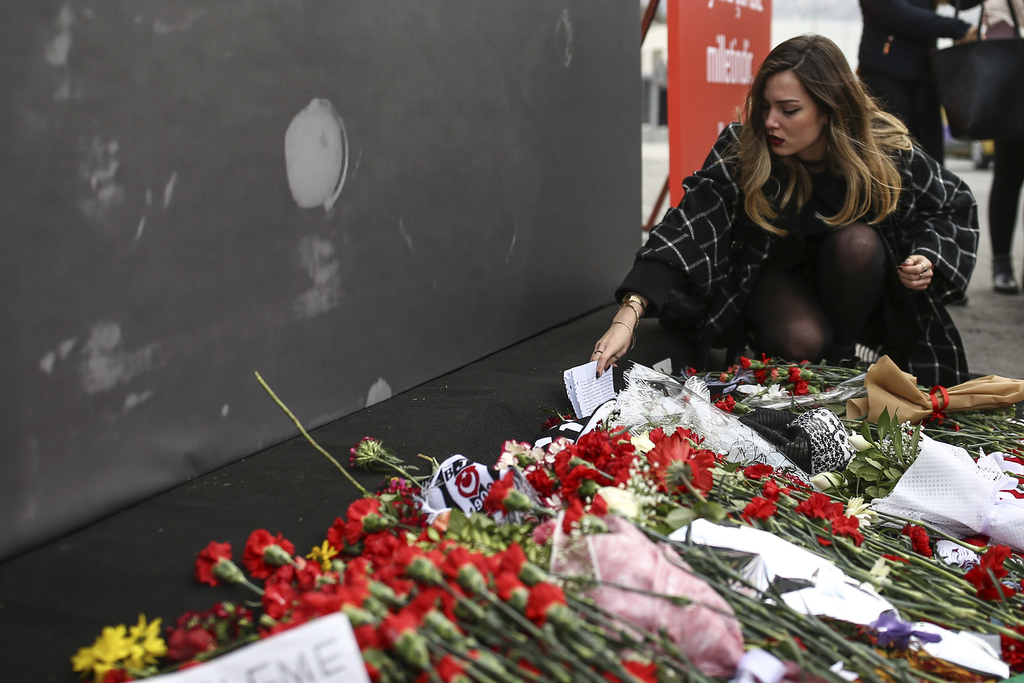 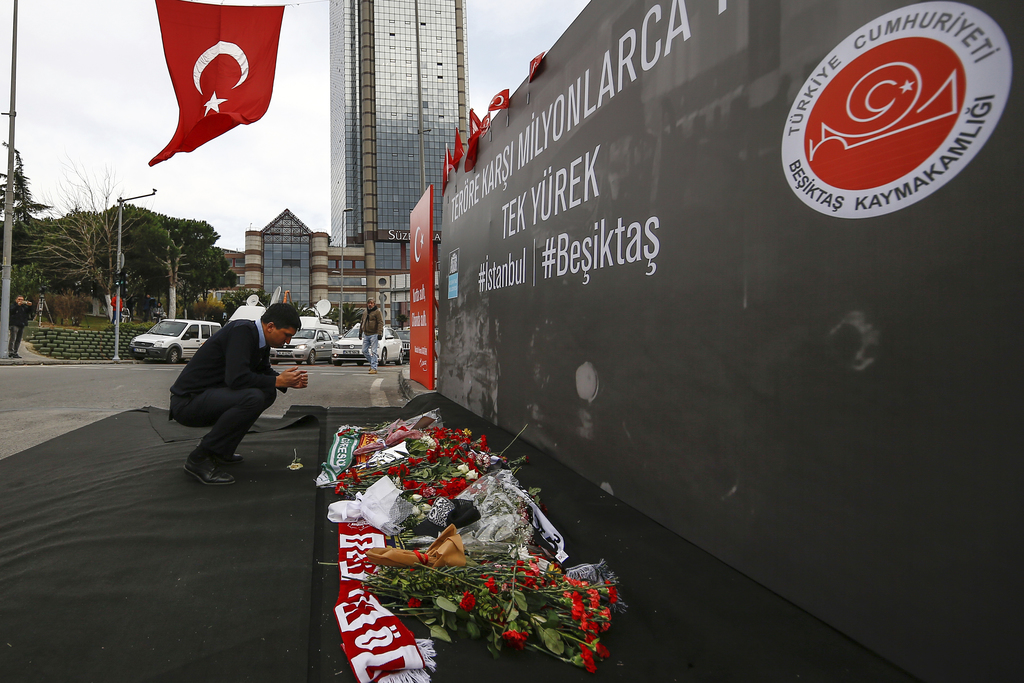 ISTANBUL (AP) — Turkish authorities arrested more than 200 people Monday following suicide bombings near an Istanbul stadium that killed 44 people. The arrests primarily targeted members of a Kurdish political party that already was a focus of a broader government crackdown.

Saturday's attack, which a radical Kurdish group claimed as an act of revenge for state violence against the ethnic minority in the southeast, was the deadliest to hit Istanbul this year.

Authorities blamed the carnage on the Kurdistan Workers' Party, or PKK. A shadowy offshoot of the movement, which has waged a decades-long insurgency against the state, claimed responsibility for the attack on a website that is blocked in Turkey.

"This is definitely a repercussion of the current crackdown on the Kurdish people," said Cenk Sidar, president of Sidar Global Advisors, a risk advisory group in Washington. "It seems likely (PKK) will go ahead with these high-casualty, low-cost attacks for them, and it is a very dangerous trend in the country."

Turkey, a NATO member and a partner in the U.S.-led campaign against the Islamic State group, faces a myriad of internal and external security threats.

The Turkish state is locked in conflict with Kurdish rebels in the southeast and militarily active across the border in Syria and Iraq. This year, it has seen a series of suicide bombings in major cities that were the work of either IS or Kurdish militants.

The Istanbul bombings also came as Turkish security forces and courts remained preoccupied with purging state institutions of the supporters of an exiled Islamist cleric whom Ankara accuses of staging a botched coup in July.

The scale of the purge, which has swept up government opponents of all stripes, has alarmed Western governments and leading civil and human rights groups.

Turkey's Interior Ministry on Monday announced the detention of more than 235 people across 11 cities. Turkish media reports said most of those rounded up were members of the Peoples' Democratic Party, a pro-Kurdish party that was elected to the Turkish Parliament in 2014.

Among them were two provincial leaders and an Ankara representative of the Peoples' Democratic Party, or HDP.

But the interior ministry statement alleged those detained were affiliated with the outlawed Kurdistan Workers' Party, or PKK, and with a Kurdish umbrella organization and included individuals deemed guilty of spreading terrorist propaganda on social media.

It did not clarify whether the people rounded up were suspected of direct involvement in the two bombings outside and near a stadium in Istanbul on Saturday night. According to the latest tally, at least 44 people were killed and 149 others wounded.

The Kurdistan Freedom Falcons, a Turkey-based Kurdish group that is viewed by authorities and analysts as a PKK affiliate, claimed the attack on anti-riot police posted outside the stadium for a Turkish Super League match. The dead included 36 police officers and eight civilians, according to health ministry figures.

The attack drew worldwide condemnation and sent shockwaves across the soccer-loving nation. Multiple rallies were staged in Istanbul on Monday to denounce terrorism.

Taxi drivers waving Turkish flags drove around the recently inaugurated Besiktas stadium, named after the home team and neighborhood. Scores of demonstrators marched near the city's main police station to denounce the twin bombings in a rally organized by a union.

"Damn the PKK" and "We don't want the PKK in parliament" chanted the crowd, calling for the reintroduction of the death penalty.

"No one can tear this country apart," Firat told The Associated Press.

More demonstrations were staged Monday night with thousands of protesters and soccer fans braving the rain to converge at the stadium and in other parts of the city. The U.S. consulate urged its citizens to avoid large gatherings.

President Erdogan and other senior officials accuse the Peoples' Democratic Party of supporting terrorism and having ties to PKK, which Ankara and its allies categorize as a terrorist organization.

The HDP party — which was democratically elected into parliament in 2014 and also appeals to left-leaning, secular Turks as well as minorities — denies the accusation. Its two leaders are currently behind bars on terrorism-related charges.

Before the latest arrests, the party once considered instrumental in peace talks between the Turkish state and the PKK was already weakened by the government's post-coup purge.

It says more than 7,423 of its members have been taken into custody and 2,345 formally arrested, including elected officials and their spouses.

"We are a people who have oppression already and know what it means to do politics here and what the price is," HDP spokesman Ayhan Bilgen said on the party's website.

HDP lawmakers have been vocal opponents of a government initiative that would shift Turkey from a parliamentary to a presidential system and concentrate more power in Erdogan's hands.

The ruling party and government officials have long argued that a presidential system would allow them to better address security and other challenges. But critics abroad and at home say it would allow Erdogan to govern unchecked.

The conflict between the Turkish state and Kurdish rebels has claimed more than 40,000 lives. Crushing military operations against armed Kurdish fighters have displaced thousands of civilians in the southeast part of the country.

Kurdish militants, meanwhile, stepped up their attacks on security forces in the southeast and have brought the conflict west with multiple suicide bombings.

Western governments, human rights group and legal experts have repeatedly expressed concern over the turn of events in Turkey, a nation once hailed as a model of Muslim democracy.