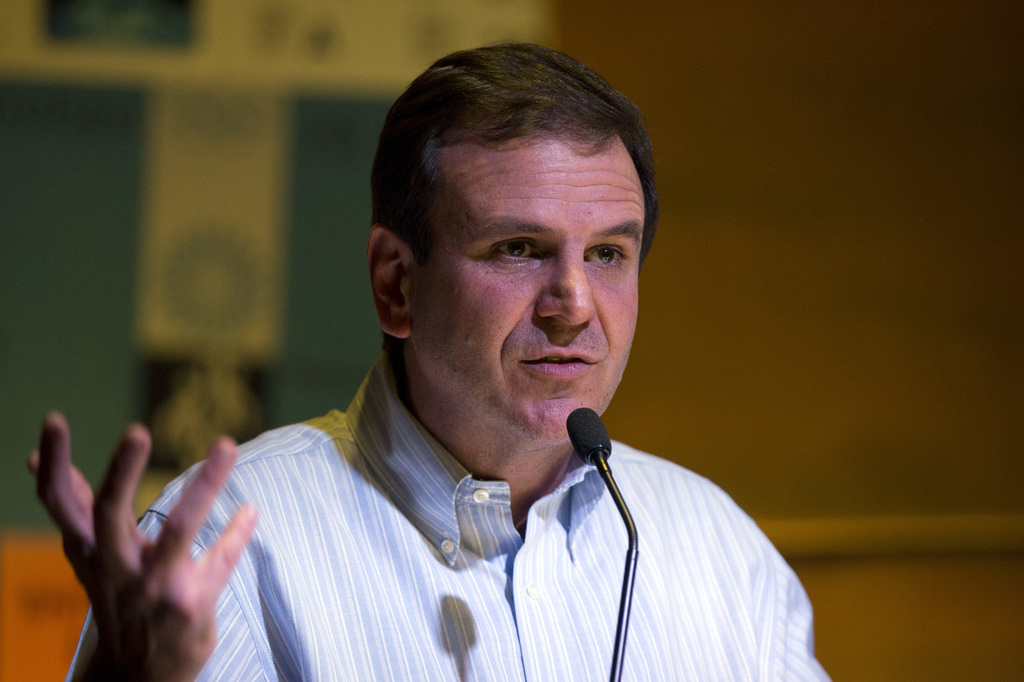 His office confirmed to The Associated Press that he would not be teaching as planned at Columbia's School of International and Public Affairs.

"There was a change of plans," his office said in a statement. "The decision was made because the mayor intends to have flexibility to come and go from the US, which would not be possible if he were to teach classes. That would hold him with many obligations there."

Columbia, which announced the appointment last month, said only that Paes would "delay his planned residence at SIPA." The university declined in a subsequent request for give more details."

In announcing the one-year appointment last month, Columbia said a private foundation had funded a residency for a Brazilian mayor.

Paes' reputation has been tarnished in recent weeks. He leaves office at the end of the year after serving his term limit.

He was lauded by the International Olympic Committee as the driving force behind the Olympics, pushing building projects that were stalled for several years before he took charge.

Earlier this month, a state judge froze his assets as a prosecutor investigates if he improperly waived environmental fees for the developer of Rio's Olympic golf course. The developer's assets were also frozen.

Stephen Wade on Twitter: http://twitter.com/StephenWade . His work can be found at http://bigstory.ap.org/content/stephen-wade