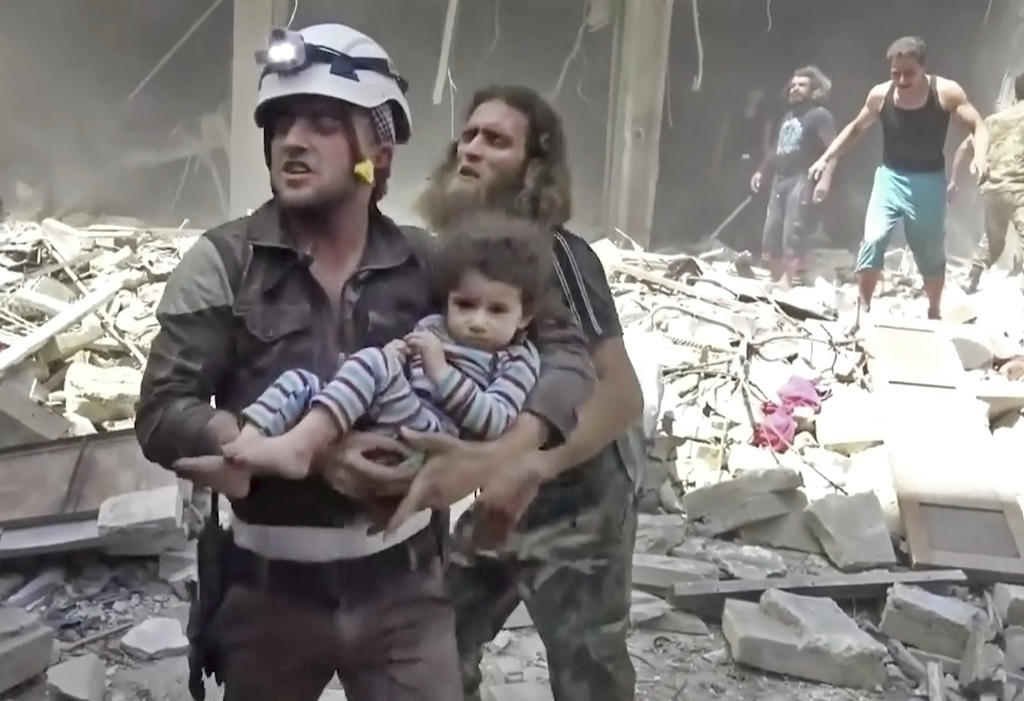 BEIRUT (AP) — Syrian President Bashar Assad's forces and years of fighting have laid waste to much of the city of Aleppo, but he has won it back after nearly six years of war.

The president now looks more secure than ever since the 2011 uprising against his family's four-decade rule. But thousands of people have been killed, and hundreds of thousands have been displaced, since the opposition carved out a foothold in Aleppo in 2012. Many of those who left say they will never return.

Here are five things to know about the retaking of Aleppo.

THE IMPORTANCE OF ALEPPO

Aleppo, said to be one of the oldest continuously inhabited cities on earth, was once the commercial heart of Syria, its biggest city and one of its main tourism draws. It was famous for its Old City, citadel, winding bazaars, and historic mosques. Much of it now lies in ruin.

The city was initially spared from the worst of the unrest that convulsed the country in 2011. But after months of anti-government demonstrations and retaliatory crackdowns, rebels swept into Aleppo's eastern districts the next year and thrust the city into the furnace of war.

The government carried out near-daily air raids, dropping barrels filled with explosives from helicopters and destroying entire city blocks. The rebels shelled government-held areas and tunneled underground, both to evade airstrikes and to carry out sneak attacks.

Eastern Aleppo was the largest urban area under the opposition's control, and as they were driven out of other cities and towns, it came to be seen as the last bastion of the uprising against Assad.

HOW THE GOVERNMENT WON

The Syrian opposition lost eastern Aleppo because it was outnumbered and outgunned by the forces of Assad and his allies and abandoned by the international community.

Militarily, the most important factor was Russia's powerful and relentless airstrikes. Also, fighters from Lebanon's Hezbollah group and Shiite militias from Iraq and elsewhere joined Assad's military on the front lines. Battered and overstretched by fighting around the country, Syrian government troops had long seemed unable to tip the battle in Aleppo.

But with its allies help, Assad's forces punched through an opposition corridor north of Aleppo in February, severing rebel supply lines to Turkey. By August, they completely surrounded the rebel-held east. Wave after wave of airstrikes in recent months destroyed virtually all the hospitals in the east, as well as schools and other civic institutions.

In late November, rebel defenses in the city collapsed.

THE ROLE OF THE INTERNATIONAL COMMUNITY

The United States, along with Turkey, Saudi Arabia, Qatar and others have provided aid to the Syrian rebels since 2011, but none were willing to intervene directly on their behalf in Aleppo. The United States was on the verge of intervening in 2013 after a chemical attack near Damascus blamed on Assad's forces, but at the last minute President Barack Obama stood down, accepting instead the surrender of Syria's chemical weapons program.

Russia used its veto to block any effective action at the United Nations and entered the war directly in September 2015.

The rebels' main sponsor, Turkey, sent its forces into northern Syria in August in an operation dubbed Euphrates Shield, but that intervention was designed to push back Kurdish rebels and Islamic State militants from its border. It ended up diverting rebel resources away from Aleppo.

The United States spent much of this year trying to secure a cease-fire in Aleppo that would allow for the delivery of aid. But truces were short-lived, and Washington and Moscow traded blame for their failure.

Assad now controls Syria's five largest cities and its Mediterranean coast. His government appears more secure than at any point since the conflict began.

But the victory has taken a horrifying toll.

An estimated 21,000 civilians have been killed in Aleppo and surrounding areas since 2011, according to the Britain-based Syrian Observatory for Human Rights. Hundreds of thousands of people have fled, and many will never return, fearing government reprisals.

Much of the Old City has been destroyed, including the historic bazaar and the 11th century minaret of the Grand Mosque. Entire blocks resemble cities firebombed during World War II, with rows of bombed-out buildings and streets flooded with rubble. It could take years to rebuild eastern Aleppo and restore public services.

THE WAR GOES ON

Syria's civil war is far from over. The opposition still controls the northwestern Idlib province and pockets of territory elsewhere in the country, and the Islamic State group rules a large swath of the northeast, including the ancient city of Palmyra, seized from government forces earlier this month while all eyes were on Aleppo.

Syrian Kurdish forces have carved out a largely autonomous enclave in northeastern Syria, and Turkish troops, along with allied Syrian opposition forces, crossed the border earlier this year to battle IS as well as the Kurds.

Assad, for his part, has vowed to "liberate" every corner of Syria.