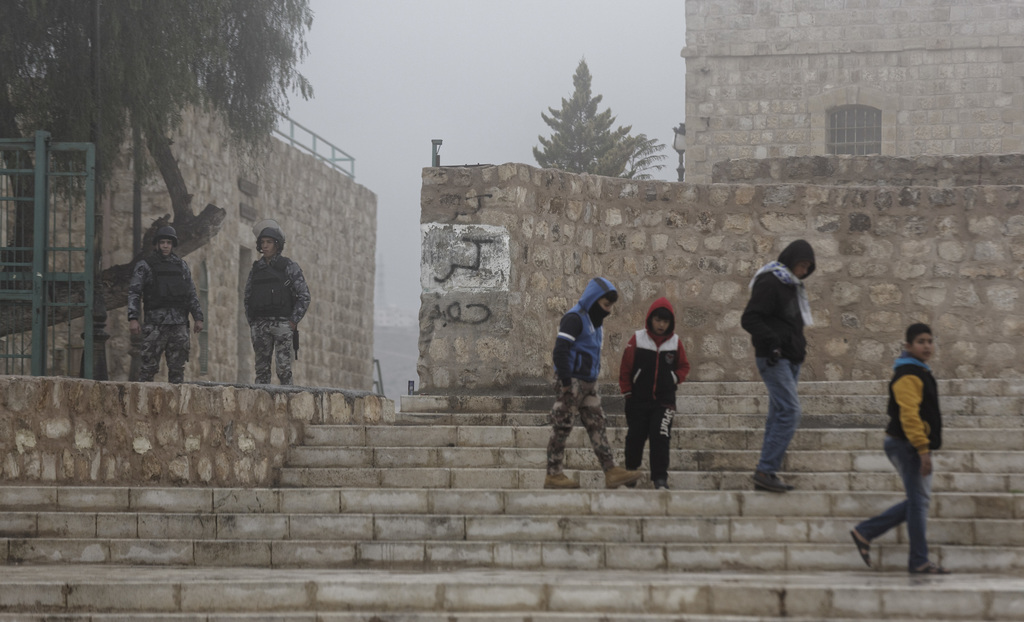 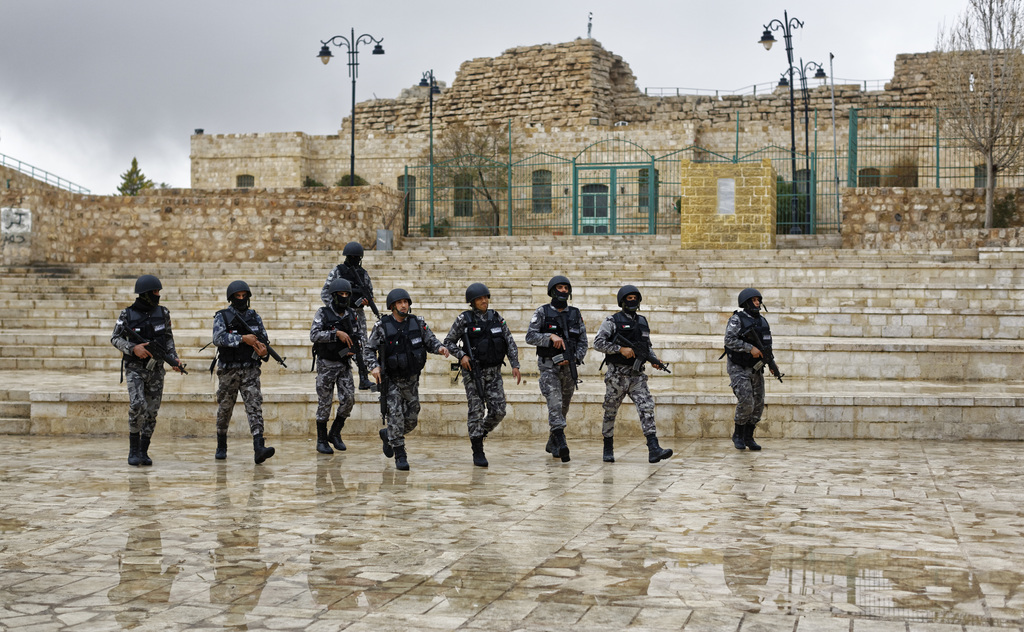 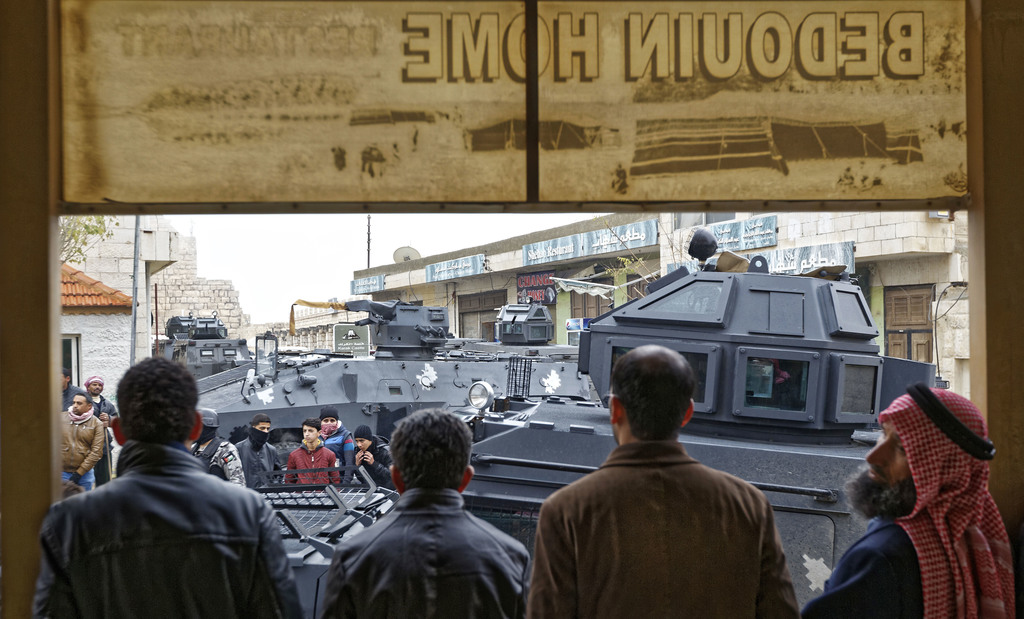 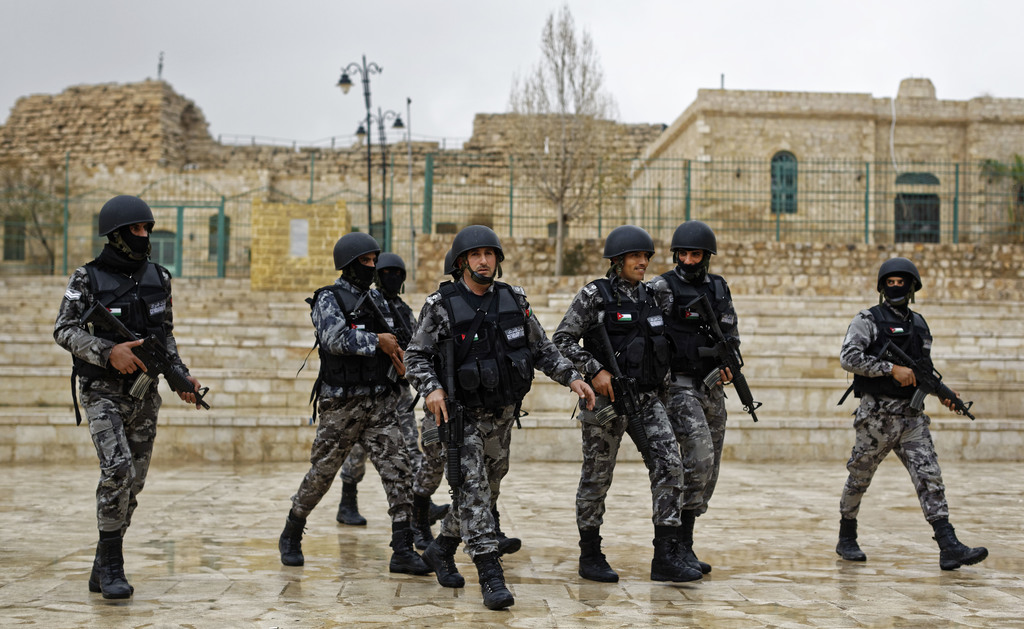 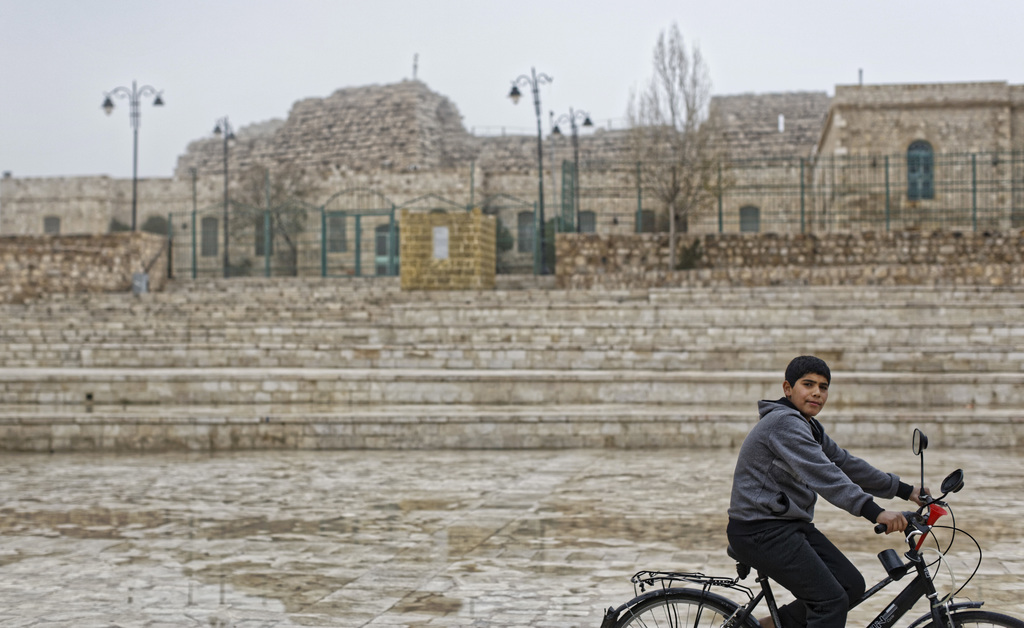 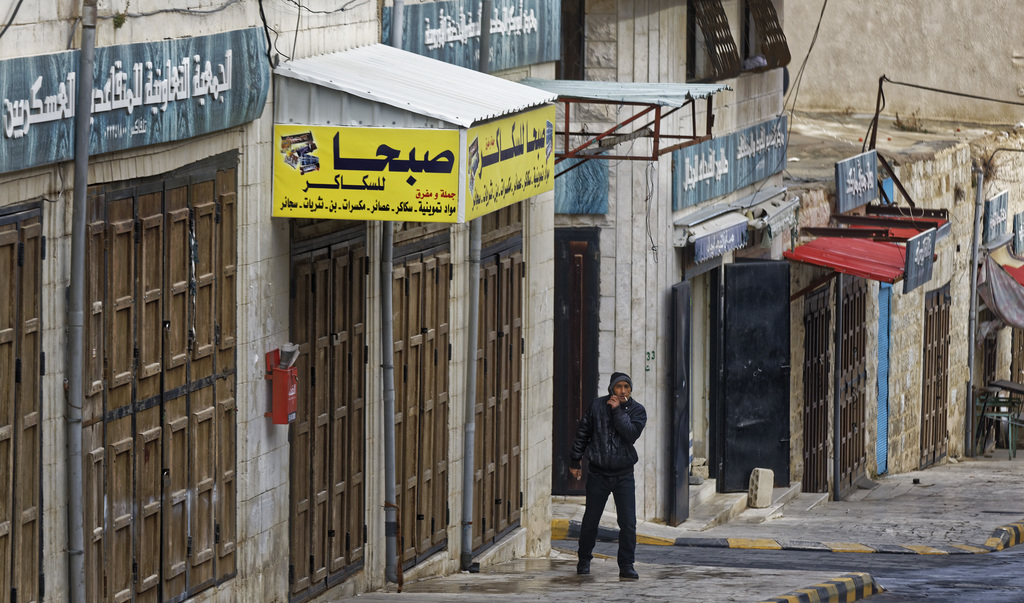 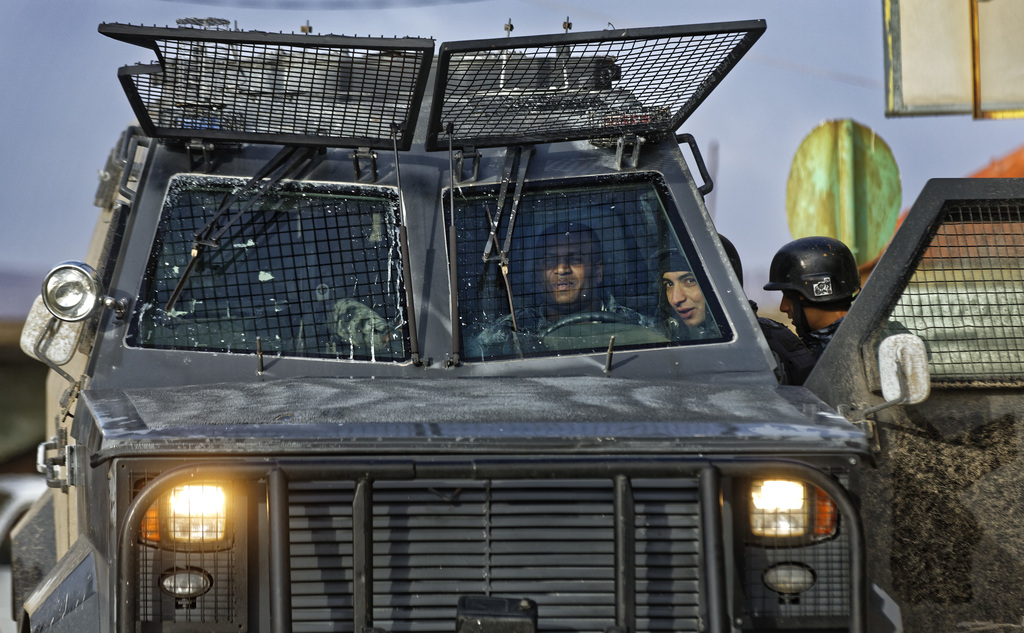 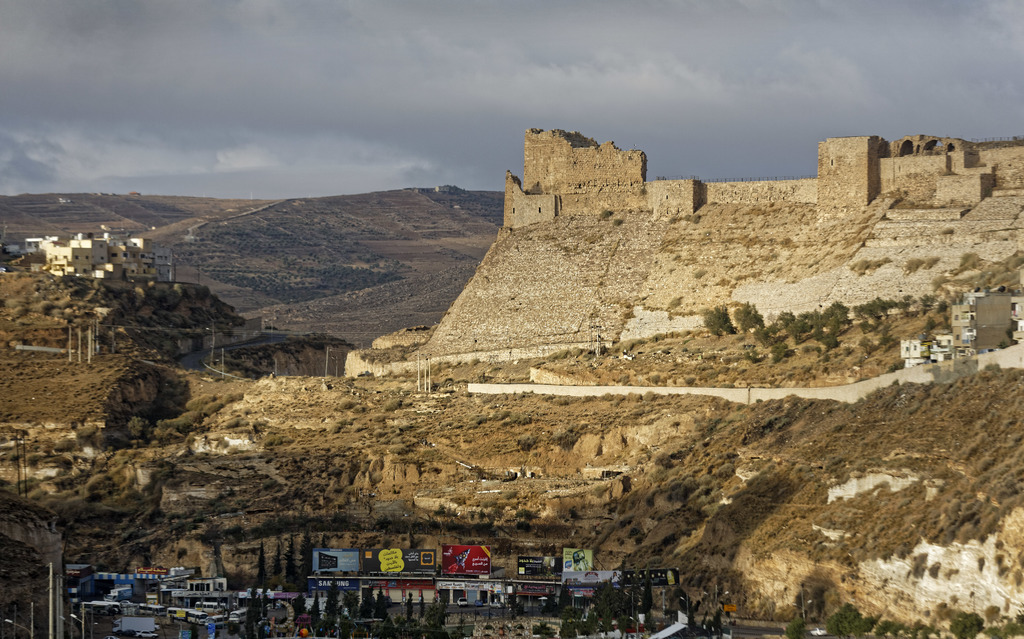 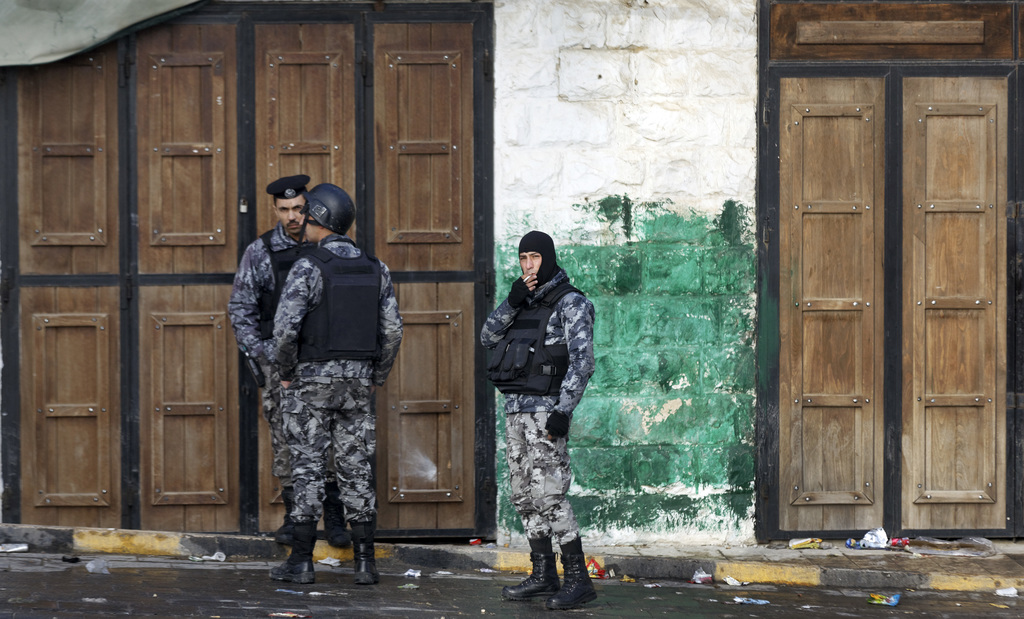 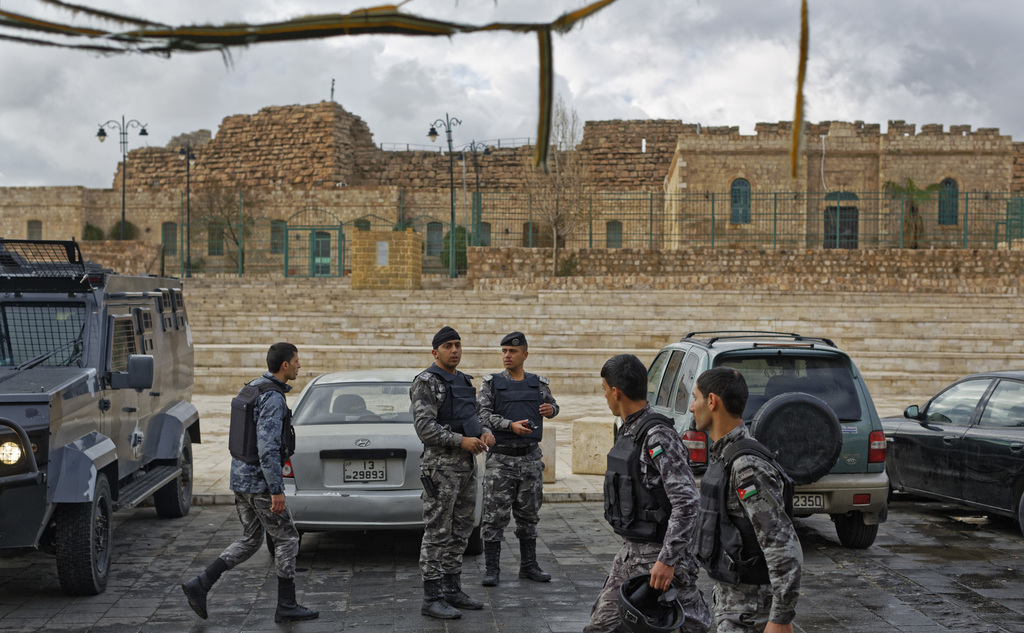 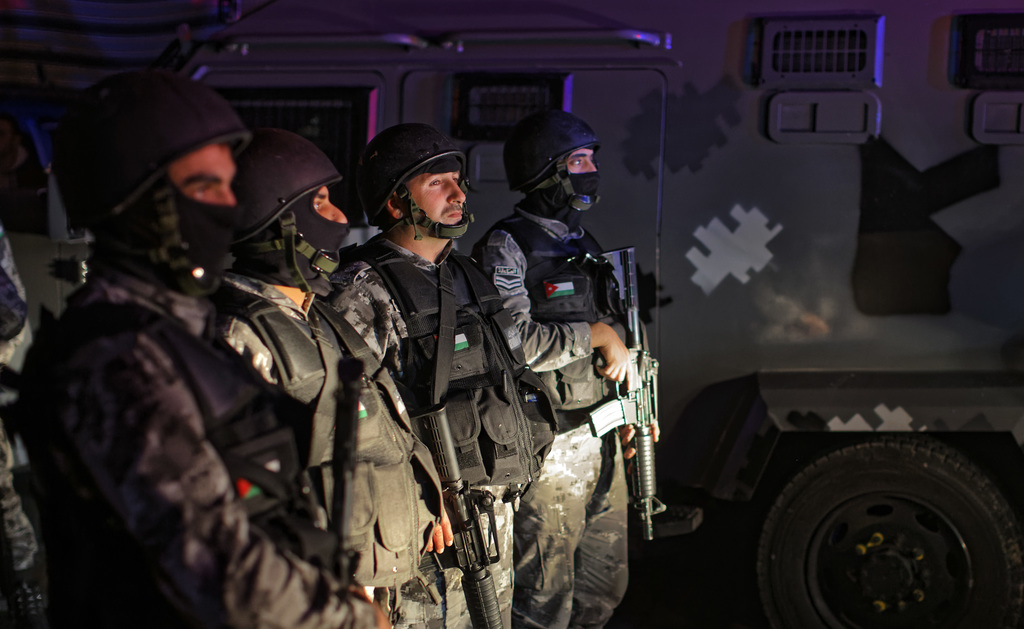 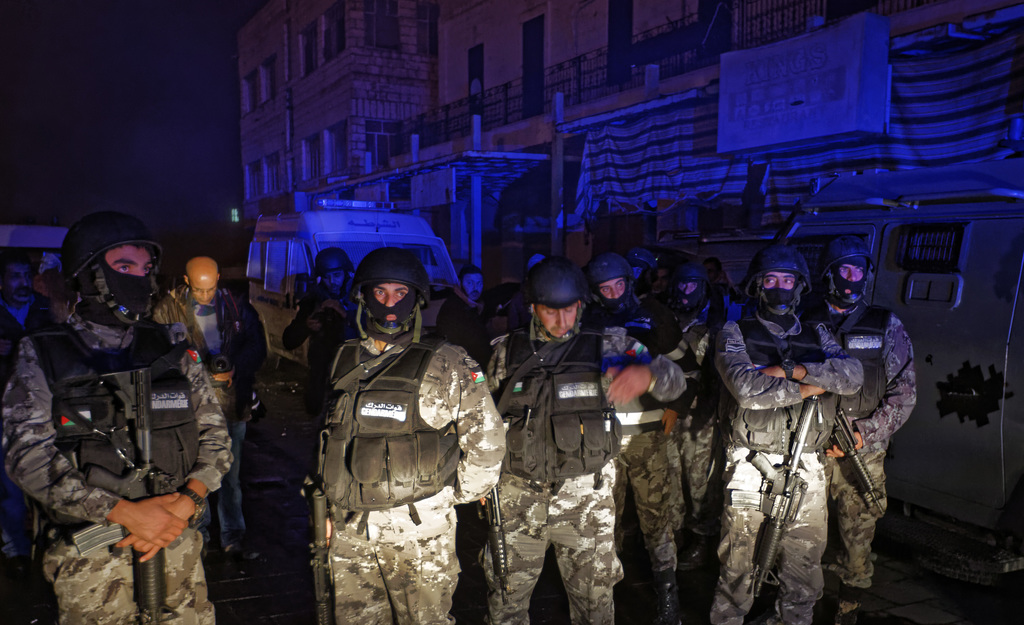 AMMAN, Jordan (AP) — Tourists from Canada, Britain and Malaysia were hiding inside a Crusader castle during armed clashes between Jordan troops and gunmen at the site, Jordan's interior minister said Monday, denying initial report that foreigners had been held hostage.

Sunday's violent standoff capped a series of shootings that killed 10 people, including a Canadian tourist, and wounded 34 people. It was the deadliest and most high-profile attack in Jordan in recent memory.

Interior Minister Salameh Hammad told reporters Monday that at one point, four gunmen were firing at police and bystanders from the roof of Karak Castle.

"Inside the castle, there was a group of tourists," he said, adding that he did not believe the attackers were aware of the presence of the tourists during the standoff.

"There were some foreigners that we can't say were taken hostage, but they were hiding," he said.

Hammad did not explain how the Canadian woman, later identified as 62-year-old retired elementary school teacher Linda Vatcher, was killed. Vatcher's adult son, Chris, was injured in the jaw and is being treated at a hospital in the Jordanian capital of Amman, the minister said.

The minister said a Malaysian tourist was able to escape the castle during the standoff, while two British tourists got away after the four gunmen were killed by Jordanian security forces.

There has been no claim of responsibility for the shootings. Hammad did not release the identities of the attackers or their nationalities, but said some of them appeared to have been familiar with the castle.

Jordan has been facing homegrown extremism, with hundreds of Jordanians fighting alongside other Islamic State militants in Iraq and Syria and several thousand more supporting the extremist group in the kingdom. Jordan is a key U.S. ally, and a member of a U.S.-led military coalition fighting IS.

Sunday's events began when a police patrol received reports of a house fire in the town of Qatraneh in the Karak district. Officers responding to the call came under fire from inside the house, officials said. Two policemen were wounded and the assailants fled in a car to Karak, it said.

Hammad said weapons and five or six explosives belts were found in the possession of the gunmen, suggesting they had planned other attacks. "I don't think the target was only Karak Castle," he said. "Maybe there were more targets, but Allah helped us discover this cell before more attacks took place."

In all, seven members of the Jordanian security forces, two local civilians and the visitor from Canada were killed Sunday. One of the Jordanian officers, Lt. Col. Saed al-Maayta, was laid to rest Monday in his hometown of Ader, about 15 kilometers (10 miles) from Karak.

Barb Rhymes, a cousin of the slain Canadian tourist, said the victim was from Burgeo, Newfoundland, and was visiting her son in Jordan where he works. Rhymes said Vatcher, was a widow and a mother of two adult sons.

"She was very friendly, outgoing. She was nice to everyone. A friend to all." Rhymes said from Burgeo, a remote town of 1,400 people on Canada's East Coast. "It's devastating. It has hit the town hard. My mind is not there right now. She was a beautiful person."

Jordan's King Abdullah II visited several of the wounded later Monday at a hospital in the capital, Amman.

Sunday's shootings were the latest in a series of attacks over the past year that have challenged the pro-Western kingdom's claim to be an oasis of calm in a region increasingly threatened by Islamic extremists.

Political analyst Labib Kamhawi said rising unemployment and poverty in Jordan have made the population more vulnerable to recruitment by extremist groups.

The high-profile Karak shootings highlighted Jordan's vulnerability to such attacks, he said.

"People feel the response of the government was weak and that ... the government is not prepared to counteract such actions," he said. "Previous operations were extremely limited, even in their targets, and were not trying to involve civilians."

Kamhawi said Jordan's claim to be an island of stability "is not valid anymore."

The attack was likely to further harm Jordan's battered tourism industry, on the decline since militants from the Islamic State group seized control of parts of neighboring Iraq and Syria two years ago.