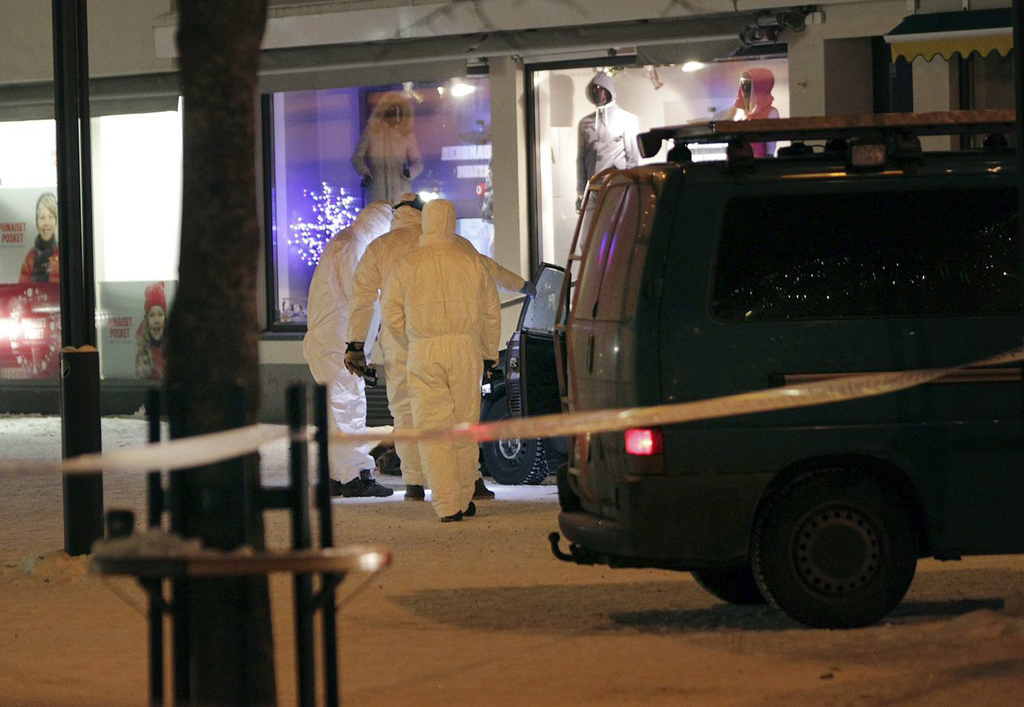 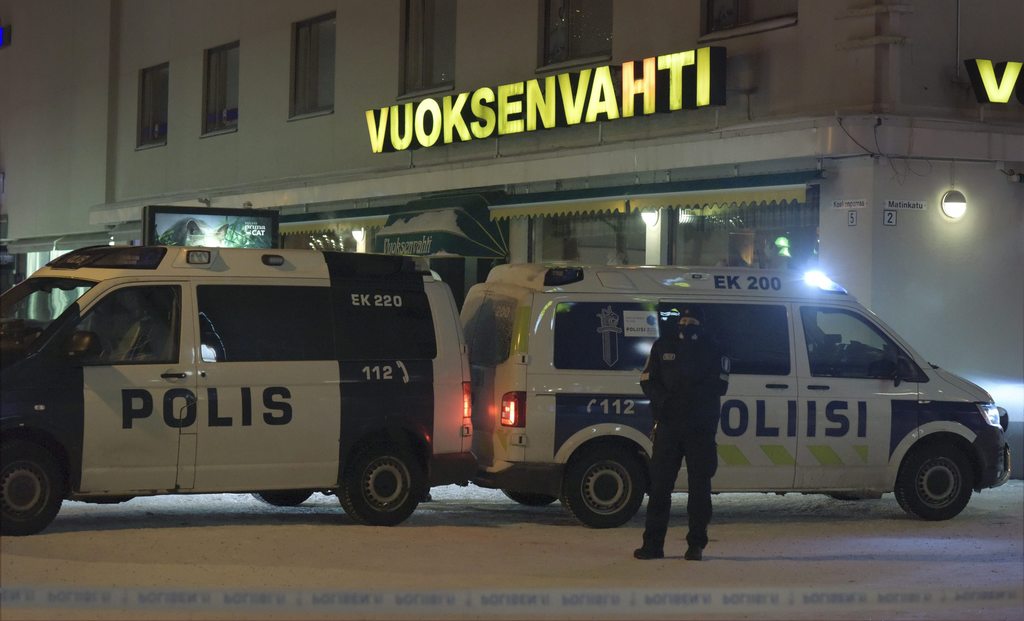 HELSINKI (AP) — A gunman in Finland killed a local town councilor and two journalists in an apparent random shooting in a small town's nightlife district, police said Sunday. A local man was detained on suspicion of murder.

The chairwoman of the Imatra town council and two female reporters were gunned down in a pedestrian area outside a restaurant around midnight Saturday, police spokeswoman Heli Jamsen-Turkki said. Police said two of the victims were in their early 50s and one was in her mid-30s.

Police detained a 23-year-old suspect who didn't resist arrest. He had allegedly fired four or five shots, hitting his victims in the head and torso with a hunting rifle, authorities said.

Detective Superintendent Saku Tielinen, who is leading the investigation, said the suspect had a criminal record that included violent incidents and theft, but declined to identify him.

"There is no indication of a political motive. It seems the gunman and victims didn't know each other," Tielinen said. "All indications are that he chose his victims randomly."

The suspect arrived outside the restaurant in his car and shot the three women as they stepped out of the restaurant during a busy Christmas party evening. He then waited in the car until police arrived and accompanied officers silently and peacefully, police said.

Hundreds of people lit candles and placed them Sunday in the bloodied snow outside the restaurant in Imatra, a southeastern town of 28,000 about 230 kilometers (140 miles) east of the capital, Helsinki.

Finnish President Sauli Niinisto conveyed his "deepest condolences" to the families and friends of the victims, saying the killings "shocked all of Finland." Prime Minister Juha Sipila said the government would consider new security measures pending the results of the investigation.

"Finland is one of the most secure countries in the world, but even so these sorts of incidents unfortunately are possible here too," Sipila said.

Social welfare officials provided support to victims' families and to witnesses of the incident.

"We decided to open a crisis center after the shooting occurred," said Saara Raudasoja, a spokeswoman for the South Karelia Social and Health Care District. "In such a small place, it's quite a huge incident. Many people were shocked."

In Finland, a country of 5.4 million with strong hunting traditions, there are 650,000 officially recognized gun owners but homicides with guns are unusual. After two deadly school shootings in 2007 and 2008, gun laws have been tightened.

This version corrects the dates for previous school shootings.