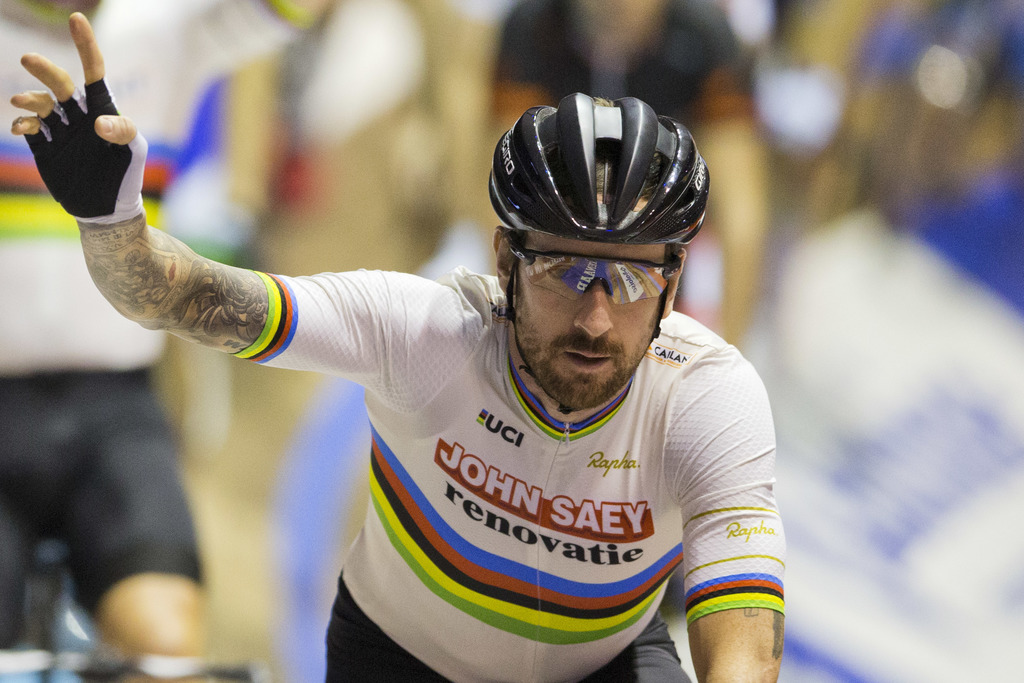 Bradley Wiggins announced his retirement from cycling on Wednesday, ending an illustrious career in which he won a British-record eight Olympic medals and became his country's first winner of the Tour de France.

The 36-year-old Wiggins posted a statement on his Facebook and Instagram pages, alongside a picture of his collected race jerseys, medals and trophies.

"I have been lucky enough to live a dream and fulfil my childhood aspiration of making a living and a career out of the sport I fell in love with at the age of 12," Wiggins wrote.

"2016 is the end of the road for this chapter, onwards and upwards."

Wiggins is Britain's most decorated Olympian with five golds in a haul of eight medals across five games, capped this year when he led the British pursuit team to victory at the Rio de Janeiro Games.

The summer of 2012 was the pinnacle of Wiggins' career, when he completed a rare double by winning the time trial at the London Olympics soon after his Tour triumph amid a joyful atmosphere described as "Wiggomania" by the British press. A lanky athlete with a strong appetite for fine clothing and British rock music, Wiggins was subsequently honored with a knighthood by Queen Elizabeth II.

In recent months, he has found himself under scrutiny for his use of therapeutic use exemptions (TUEs) earlier in his career, after hackers leaked that he got intramuscular injections of a strong corticosteroid days before three big races, including the 2012 Tour.

Wiggins' treatment was approved by cycling authorities and there has been no suggestion any rules have been broken over the TUEs. But the revelations cast a shadow over one of the strongest advocates of the anti-doping fight.

Both Wiggins and Team Sky, his former team, have denied any wrongdoing over the rider's approved use of the treatment.

Wiggins' father, Gary, was making a living in Belgium as a professional cyclist when Bradley was born in the country. A hard-drinking Australian, Gary left his English wife and son when Bradley was two years old, with Bradley moving to London where he lived on a working-class estate. Wiggins took to cycling at 12 and collected his first Olympic medal eight years later at the Sydney Games, winning bronze in the team pursuit. He added three more in Athens in 2004, with gold, silver and bronze in three different events, becoming the first British athlete in 40 years to win three medals at a single Olympics.

Wiggins had more success at the 2008 Beijing Games, winning gold in the team and individual pursuits.

After shedding some weight, Wiggins realized during the 2009 Tour that he was capable of competing for the overall win, achieving his best-ever finish with a fourth place. He crashed out of the Tour with a fractured collarbone in 2011 and fulfilled his dream of winning cycling's most grueling race a year later.

Like his father, who died in 2008 after struggling with alcohol and drug addiction, Wiggins had to overcome drinking problems after his early successes in the velodrome. He wrote in his autobiography that he suffered from depression after the Athens Olympics and indulged in binge drinking as he struggled to cope with his celebrity status.

"Apparently it's a well-known phenomenon, but Olympic gold medalists usually only lose the plot for a month or so," Wiggins wrote. "My bender (drinking) after winning three medals, including my first gold, in Athens in August 2004 lasted a good eight or nine months and I wasn't quite right for at least a year... For a while my life threatened to spiral out of control."

Wiggins pulled himself together after the birth of his son, Ben, in March 2005, and had a daughter a year later with his wife, Catherine.

"What will stick with me forever," Wiggins wrote in his retirement statement, "is the support and love from the public through thick and thin, all as a result of riding a pushbike for a living."