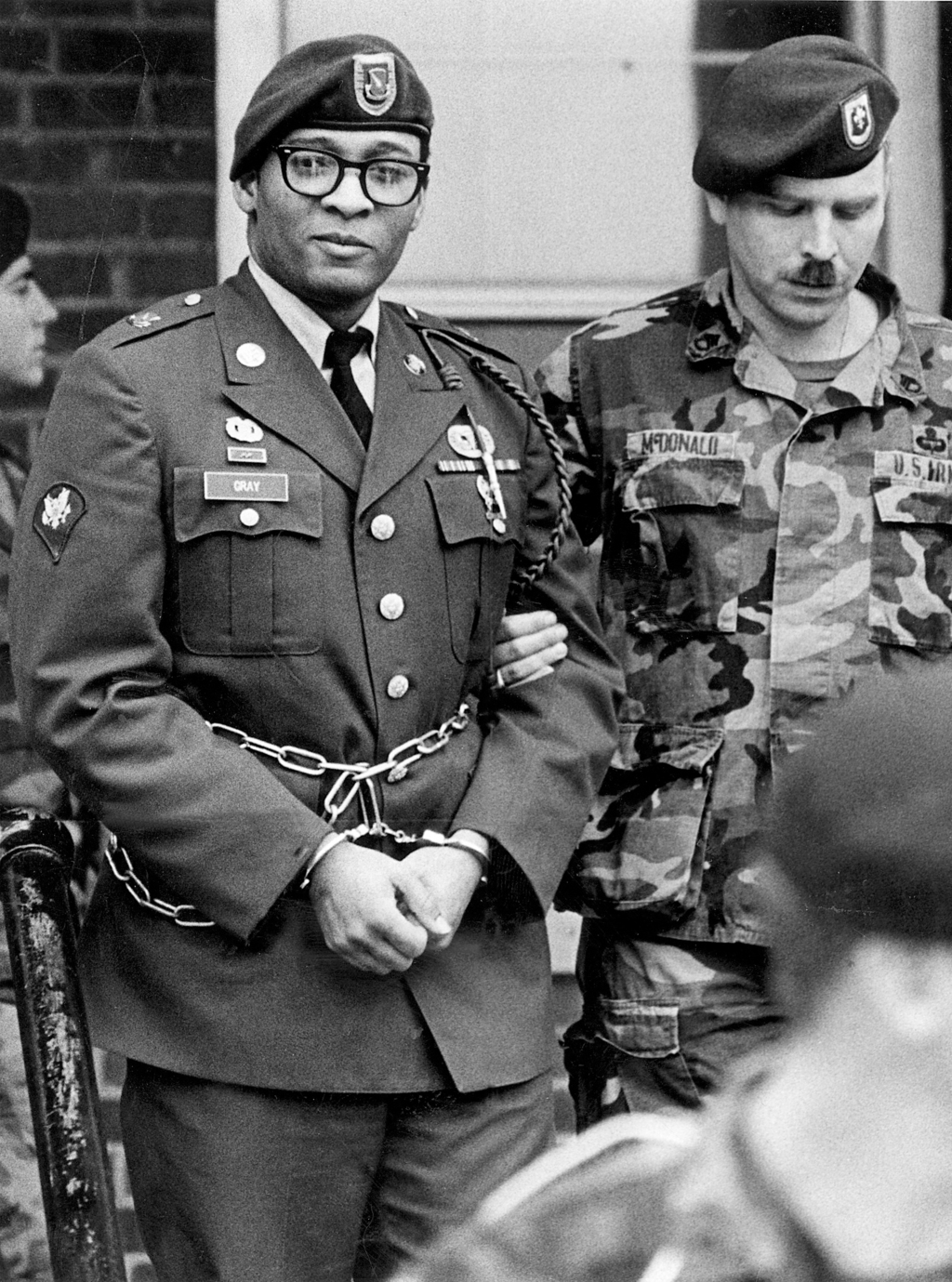 KANSAS CITY, Mo. (AP) — A Kansas federal judge has lifted a stay of execution for a former soldier sentenced to death for two killings and a series of rapes, inching the man closer to becoming the military's first death sentence carried out in more than a half-century.

U.S. District Judge J. Thomas Marten last week sided with the U.S. government in denying a bid by former Fort Bragg, North Carolina, soldier Ronald A. Gray to block the military from pressing ahead with the execution by lethal injection.

Since a military court sentenced him to die in 1988, Gray has been held at Fort Leavenworth, Kansas, where the military carried out its last execution when it hanged Army Pvt. John Bennett in 1961 for raping and trying to kill an 11-year-old Austrian girl.

No known execution date has been set for Gray as of Tuesday. Though Gray's attorneys have said in recent court filings that they plan to ask military courts to intervene, that status of those appeals was unclear Tuesday. A message left by The Associated Press with Gray's capital public defender, Tim Kane, was not immediately returned.

Gray, 51, is among six people on the U.S. military's death row, according to the Death Penalty Information Center, a nonprofit research group that opposes capital punishment. Those inmates, whose appeals are pending, include Nidal Hasan, an Army psychiatrist who killed 13 people in a 2009 shooting rampage at a Texas Army base.

The U.S. president — the nation's commander in chief — has the power to commute a military death sentence, and no service member can be put to death unless the president signs off on it, according to the Death Penalty Information Center.

The commandant of Fort Leavenworth's disciplinary barracks where Gray is held is the one who would schedule the date and time of the execution, according to the federal government's court filings.

Gray was convicted and ordered condemned in military court in 1988 for two murders and three rapes in the Fayetteville, North Carolina, area while stationed at Fort Bragg, where he reached the rank of specialist and was a cook. He pleaded guilty in civilian courts to two other killings and five rapes and was sentenced to eight life terms, three of them consecutive.

The federal appeal was filed in 2008 for Gray, whose attorneys claimed he had an ineffective lawyer in his earlier case and lacked the mental capacity to stand trial. Gray's appellate attorneys also have questioned the military's jurisdiction over the case.

In November 2008, another Kansas federal judge, Richard Rogers, issued a stay for Gray two weeks before his scheduled execution.

In successfully pressing for Marten to lift the stay, federal prosecutors argued in a court filing Dec. 9 that Gray "seems to believe that he is entitled to an indefinite federal stay of execution while he exhausts his remedies in the military courts. This is not the law."

Condemned inmates may appeal their death sentences to military and civilian courts, potentially delaying an execution for decades, as in Gray's case.

In 1983, the armed services' highest court ruled that the military death penalty law was constitutionally flawed because it did not include "aggravating" factors to help jurors decide which cases deserve capital punishment. That ruling resulted in a number of death sentences being converted to life terms.

But the next year, President Ronald Reagan reinstated the military's capital punishment, defining who is subject to the death penalty in the armed forces through an executive order. The U.S. Supreme Court in 1996 upheld Reagan's action as constitutional.

In 1997, the Uniform Code of Military Justice — the military's modern-day legal system — was amended to add a life sentence without the possibility of parole as an alternative to the death penalty, according to the Death Penalty Information Center.

In October, the U.S. Supreme Court said it would not hear a challenge to the death penalty for military members, rejecting an appeal from a former soldier sentenced to death for killing two fellow soldiers and injuring 14 others in an attack in Kuwait in 2003.