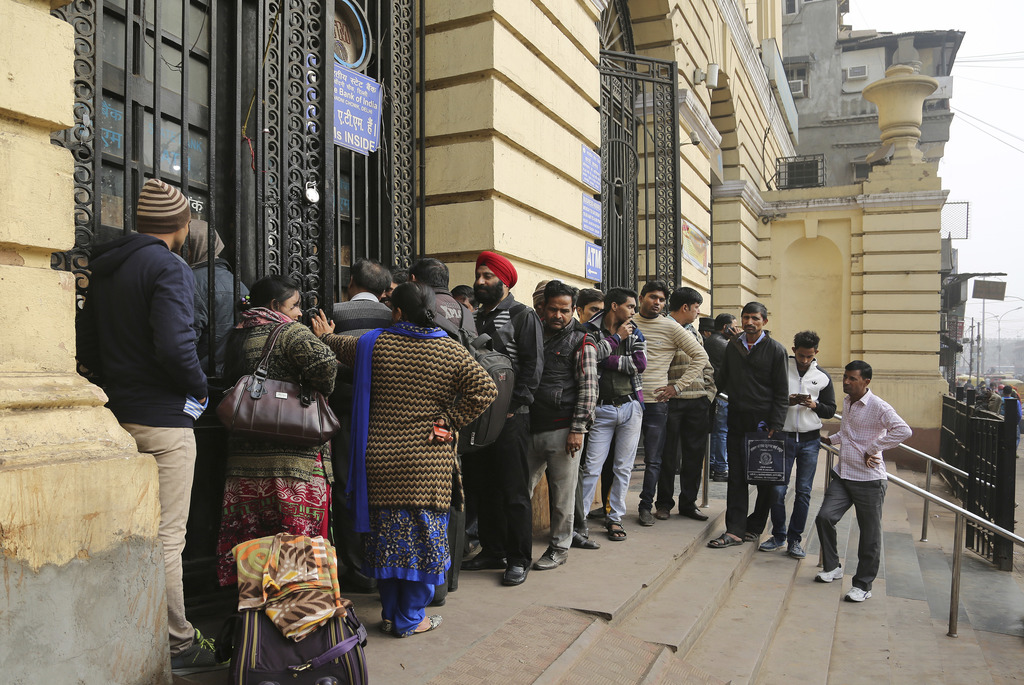 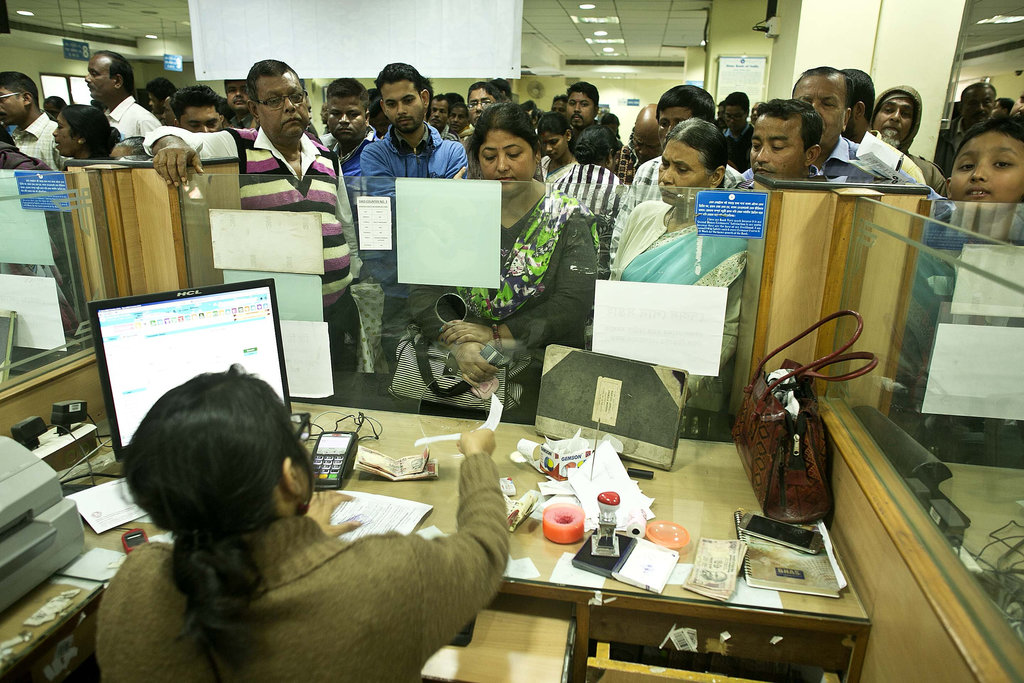 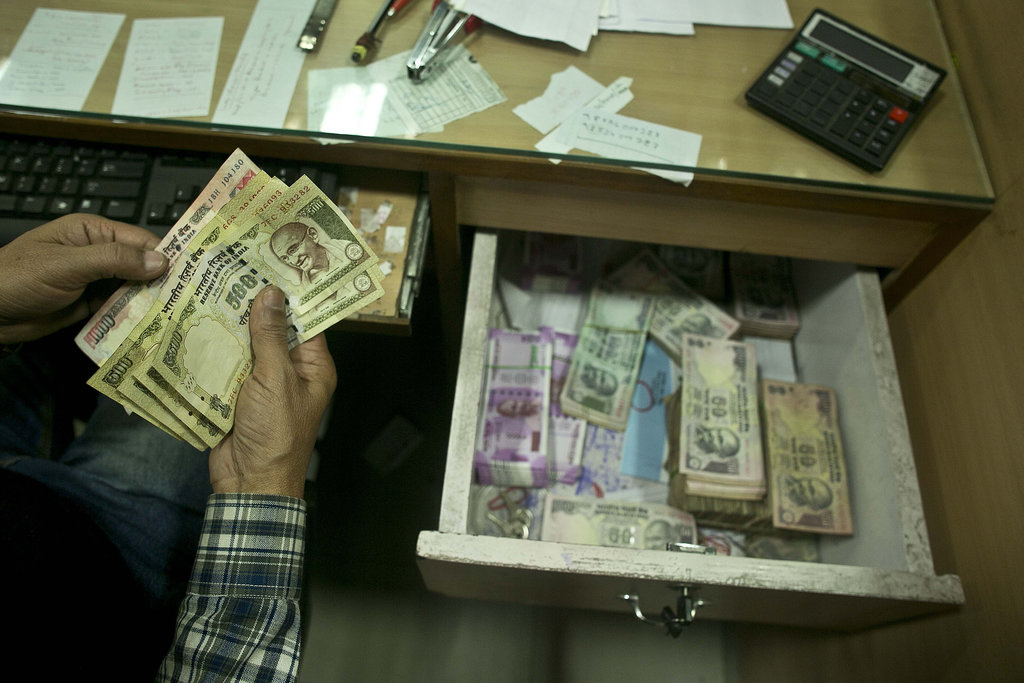 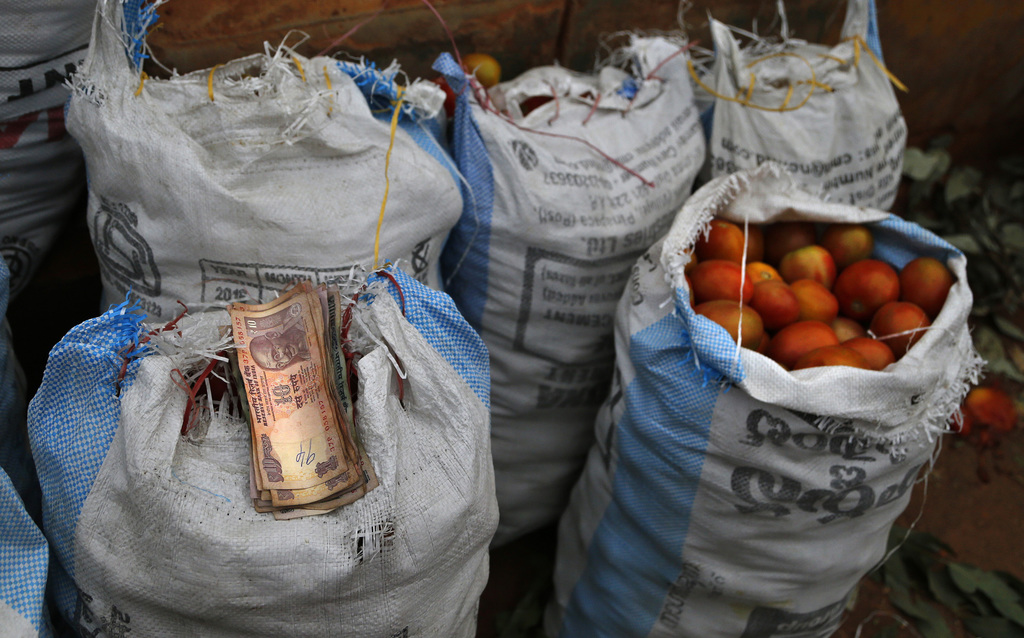 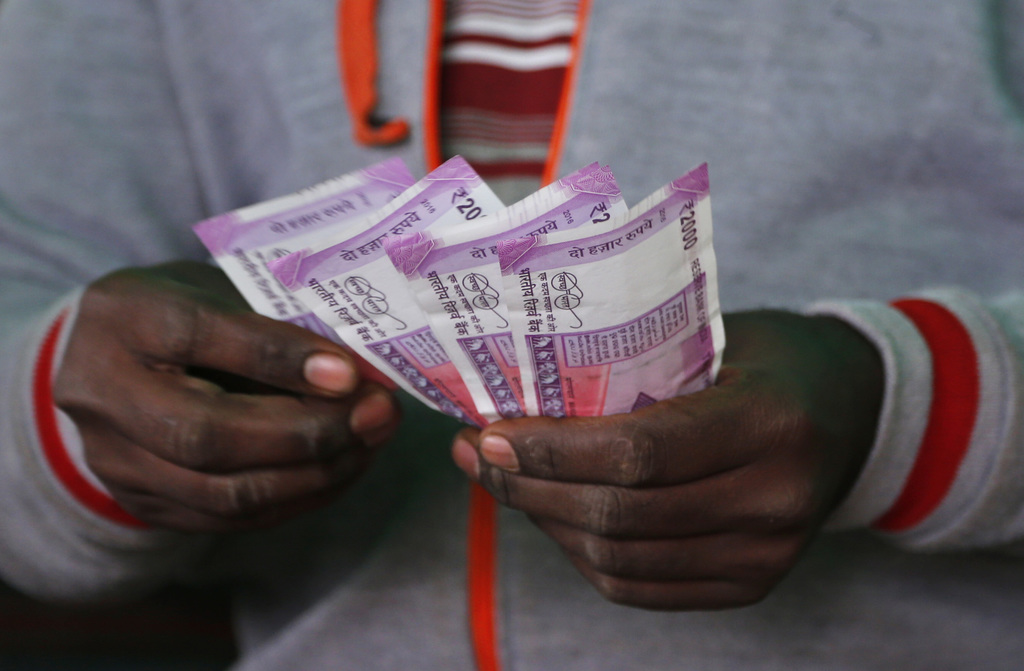 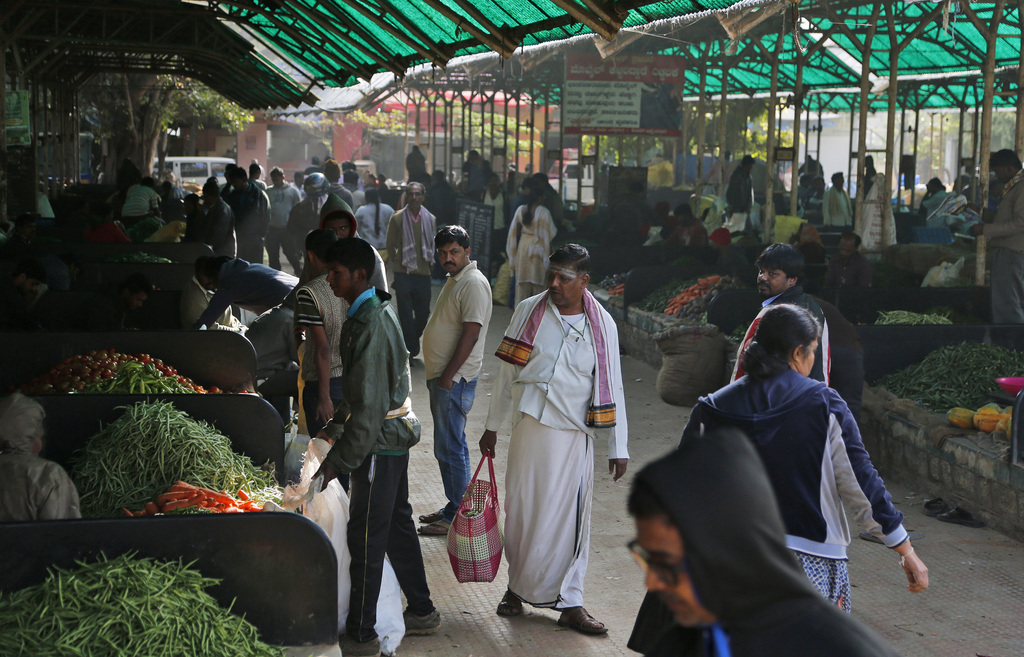 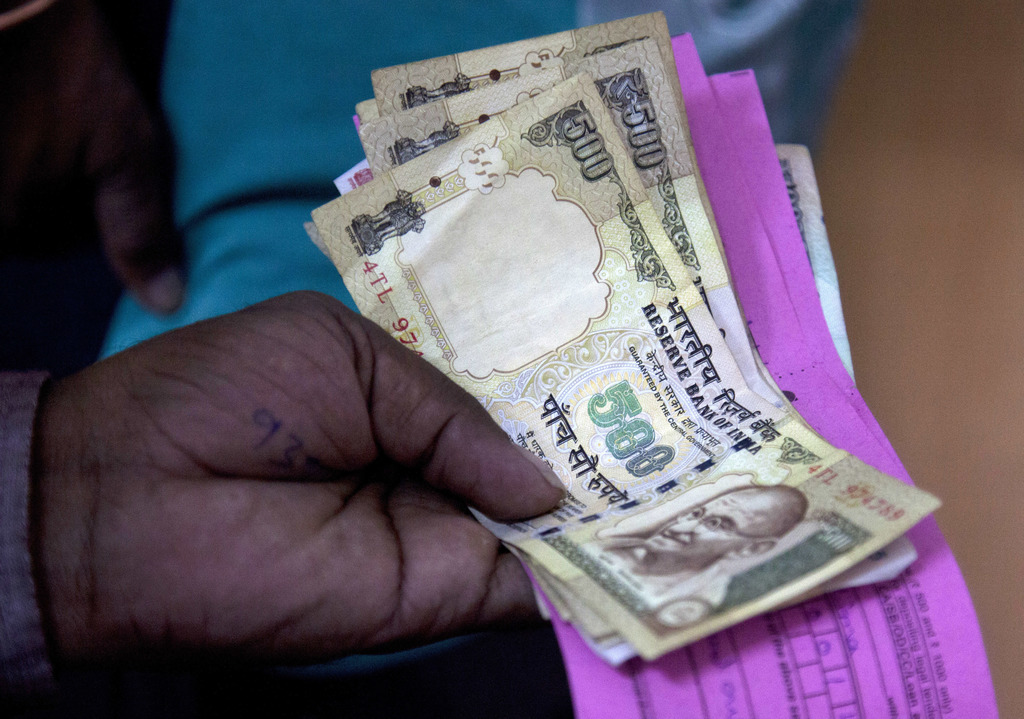 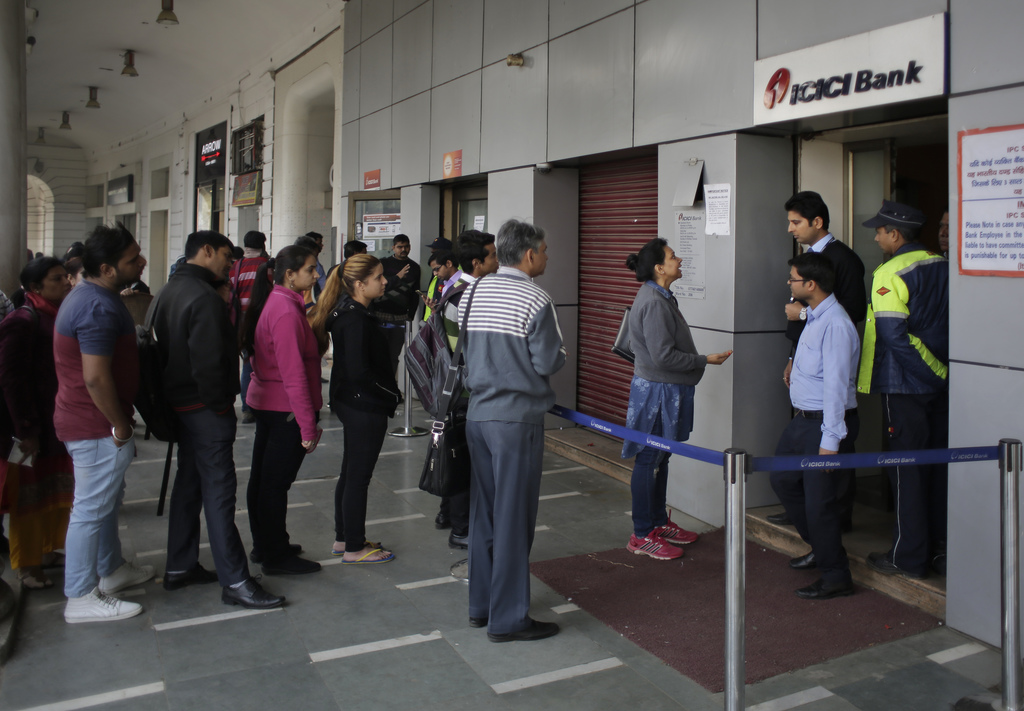 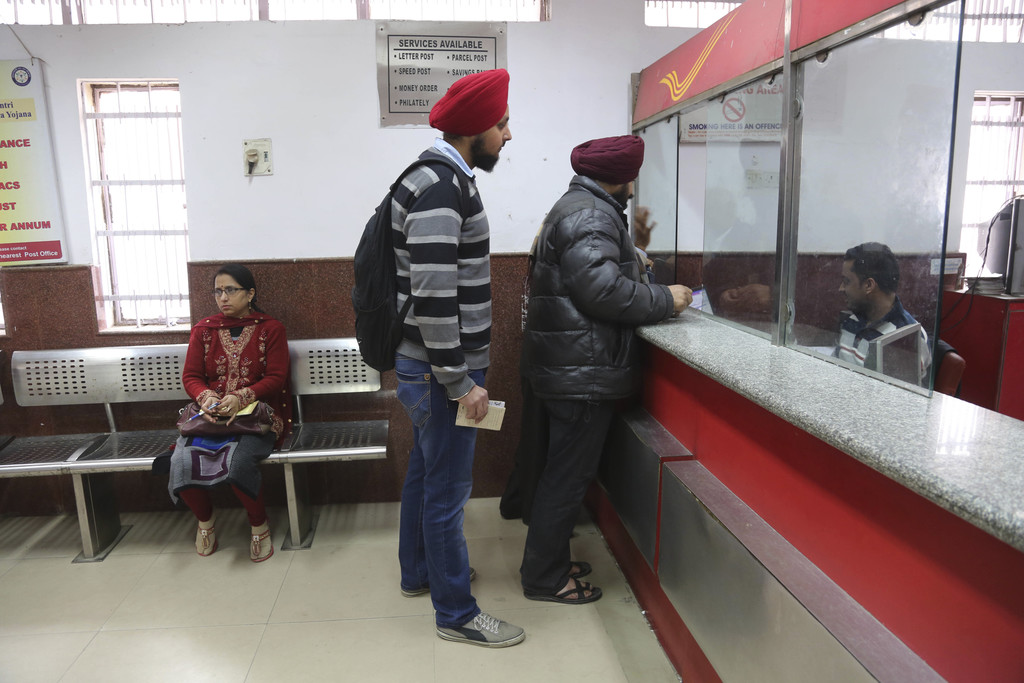 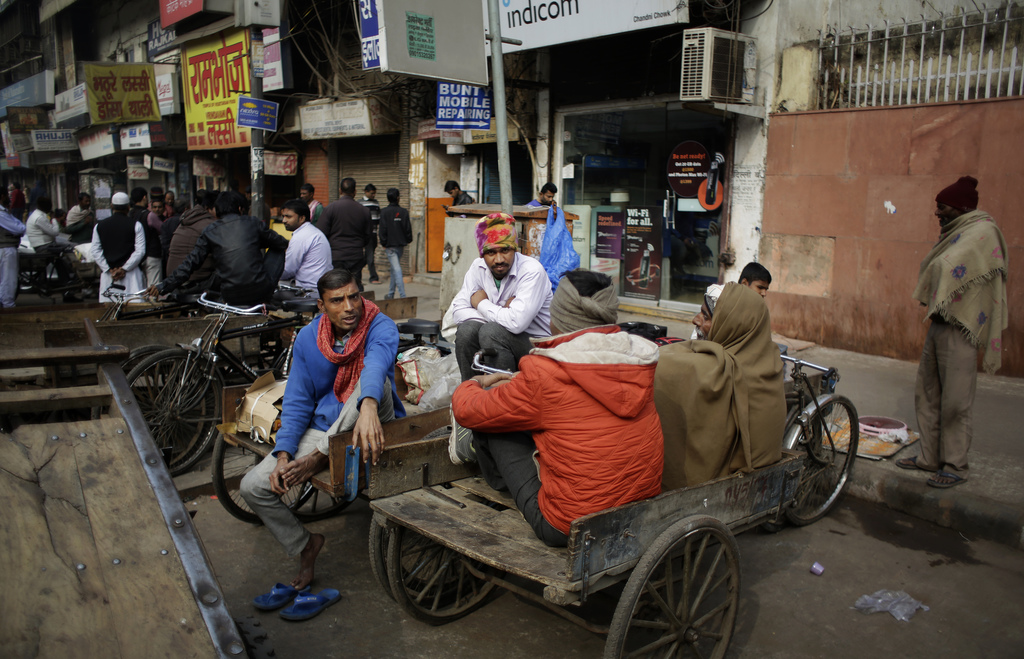 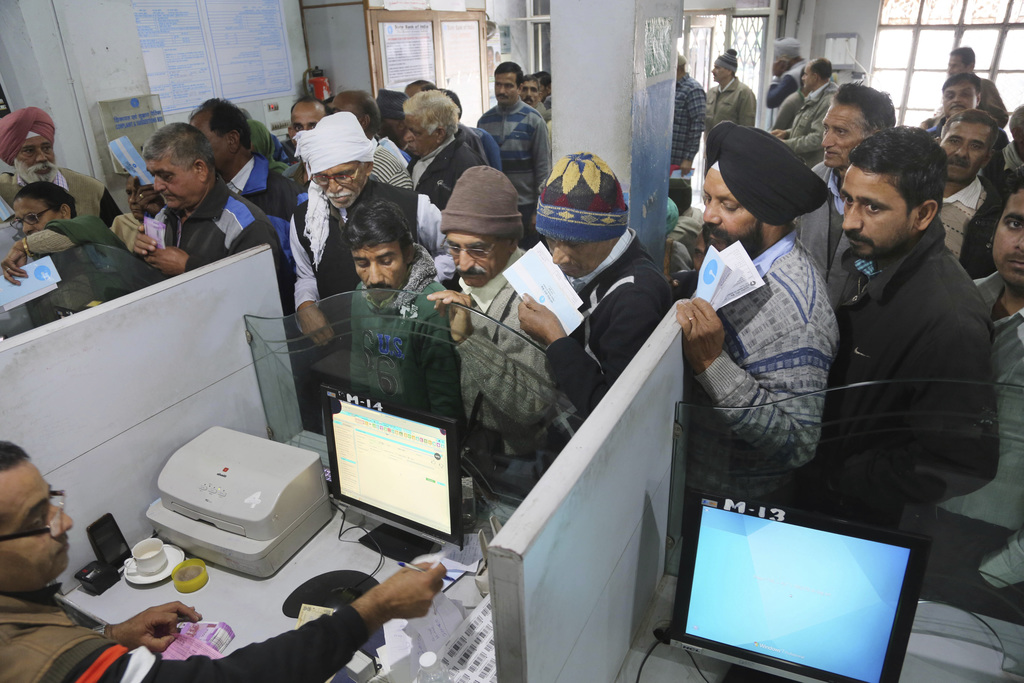 NEW DELHI (AP) — Fifty days ago, India yanked most of its currency from circulation without warning, jolting the economy and leaving most citizens scrambling for cash. As the deadline for exchanging the devalued 500- and 1,000-rupee notes for new ones hit on Friday, many Indians were still stuck waiting in long bank lines.

Despite those problems, Prime Minister Narendra Modi said his Nov. 8 demonetization decree succeeded in uncovering tax evasion and cracking down on graft. The Indian government is urging patience, insisting it's playing a long game that will eventually modernize Indian society and benefit the poor.

So far, despite the widespread inconvenience and costs, most of the country's 1.25 billion citizens appear to be taking Modi's word for it.

Here are a few things to know about India's massive cash overhaul:

HARDSHIP FOR THE POOR

Modi's announcement that 500 and 1,000 rupee bills — making up 86 percent of India's currency — were no longer legal tender has posed an enormous hardship for millions of people who use cash for everything from salaries to cellphone charges.

Almost immediately, serpentine lines appeared at banks and ATMs as people waited hours to deposit or exchange old currency notes for new bills. Since authorities only began printing the new bills after the policy was announced, demand vastly exceeds supply and cash machines often run dry. Daily commerce in essentials including food, medicine and transportation screeched almost to a halt.

Worst affected were the country's hundreds of millions of farmers, produce vendors, small shop owners and daily-wage laborers who usually are paid in cash at the end of a day's work. Many lost their jobs as small businesses shut down, compounding their poverty.

Pankaj Aggarwal, owner of a clothing shop in the Old Delhi neighborhood of Chandni Chowk, says his sales crashed by 70 percent.

"You can imagine what our business is like now. It will be some time before our sales normalize," he said.

Modi appears to have succeeded in promoting the cash overhaul as a "pro-poor" policy, tapping into deep anger among the have-nots toward wealthy elites.

"The first two months have been so bad for us, we don't even have enough money to buy food," said daily wage laborer Neeraj Mishra, 35. "Overall, I think Modi has done some good. People with a lot of money are the ones who have been troubled. I don't have enough cash for it to bother me much."

"Some people are outraged, but are hesitant to come out and say it because they don't want to be branded as anti-national or self-centered," he said.

The wide impact of the demonetization won't be known until the government issues its next quarterly GDP figures in February, but the Reserve Bank of India already has shaved half a percent from this year's GDP growth forecast, to 7.1 percent.

Since domestic commerce drives most economic activity, analysts have expressed alarm over the scale of economic and social disruption and are warning a contraction is likely in coming quarters.

"The countless unpredictable consequences that will continue to show in the coming weeks and months mean that it is, in effect, a huge gamble," said Jan Zalewski, an Asia expert with the Britain-based risk assessment firm Verisk Maplecroft. "Inflicting such huge costs for what is an uncertain outcome is problematic."

Real estate, tourism, transportation and gold and gems have been hit the hardest, along with informal sectors that rely mostly on cash.

Prices are forecast to rise since the cash crunch is pinching supplies of all sorts of goods.

The country's banks, however, are seeing banner business. The central bank said old notes worth 13 trillion rupees ($191 billion) had been deposited as of Dec. 10, with many more expected by Friday's deadline.

That should improve bank liquidity and in turn encourage more lending to boost economic growth.

The Finance Ministry and central bank have issued at least 60 different directives, some of them contradictory, about such issues as how much money can be withdrawn from bank accounts and which documents are needed for depositing old cash. The mixed messages have compounded the overall chaos and shaken investors' confidence.

"There appears to be less trust in many institutions, including the Reserve Bank and other banks. That is one important behavioral change that has been ushered in," said Mihir Sharma, senior fellow at the Observer Research Foundation, a New Delhi-based think tank.

Financial experts are baffled about how to evaluate the move.

"One of the major problems with the demonetization move is that success is so difficult to measure," Zalewski said. "In and of itself, it can't end black money, stop terrorism funding and the counterfeiting of notes."

The idea that swapping old currency notes for new ones would wipe out tax evasion has already been proven naive. Over the last seven weeks, Indian income tax authorities uncovered more than 32 billion rupees ($477 million) in undeclared wealth held in new notes, foreign currency, gold and other commodities.

The Finance Ministry found enormous stashes of new currency bills secreted away by corrupt bank managers. Axis Bank's CEO Shikha Sharma said she was "embarrassed and upset" after it was found managers at the bank had used the stolen funds to fake accounts and launder customers' untaxed savings for a premium.

A month after Modi scrapped the high-denomination notes, Venezuela's president announced that the 100-bolivar notes that account for more than three-quarters of the country's cash would be taken out of circulation.

Skyrocketing inflation had taken the value of the Venezuelan notes to 2 U.S. cents from 10 cents in the past year.

But while India's cash overhaul has been relatively peaceful, Venezuela's was not.

When no new bolivar notes appeared to replace the old ones, riots and looting erupted in towns across Venezuela, whose economy was already in shambles. Hundreds of grocery stores were damaged or destroyed. Ultimately, the government extended use of the old 100-bolivar notes until Jan. 2.

Venezuelan President Nicolas Maduro declared the abrupt cash overhaul an economic triumph, claiming people were racing to deposit the old notes into banks. He did not say how much was deposited.

In Pakistan, opposition lawmakers passed a resolution last week calling for the withdrawal of the country's highest-denomination note from circulation. The government rejected that move, saying there was no need to discontinue the country's 5,000-rupee note, worth about $48.

"The very notion of cancellation of such convenience in transactions is preposterous and unequivocally denied," the Finance Ministry said in a statement.

Associated Press writers Fabiola Sanchez in Caracas and Munir Ahmed in Islamabad contributed to this report.