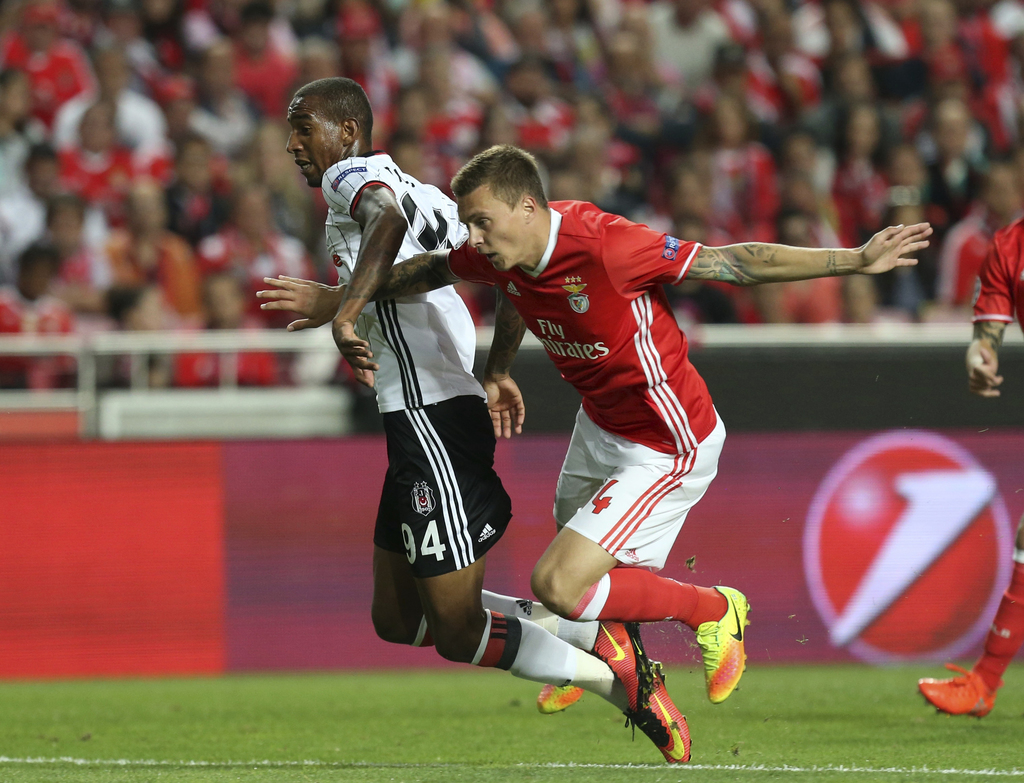 BARCELONA, Spain (AP) — Another rising talent turned into a profit. Another title on the horizon.

It's a scenario Benfica's fans are more than accustomed to: watching their club perform its masterful balancing act of staying atop the Portuguese league while transacting smart business deals.

When the January transfer market opens, one of the leading candidates likely to be on the move in Europe is Benfica's central defender Victor Lindelof, who is widely rumored to be on his way to play for Jose Mourinho's Manchester United in the Premier League.

The 22-year-old Sweden center back has impressed by helping Benfica win its last two Liga titles. UEFA also selected Lindelof to its starting 11 of up-and-coming players who came into their own in the Champions League last season, when Benfica reached the quarterfinals. This season, the two-time former European champions are back in the round-of-16, where they will play Borussia Dortmund.

Sweden teammate Zlatan Ibrahimovic has given his backing to Lindelof joining him at United.

"I think Victor is doing great things," Ibrahimovic said. "He's playing good in Benfica. He gets a lot of responsibility in the national team now and he's growing. If he is good enough for United? I think he is ready for the big clubs out there. So it's up to him."

Benfica, along with traditional league heavyweights FC Porto and Sporting Lisbon, excel at doing deals with bigger clubs across the continent.

With only one loss in 15 games, coach Rui Vitoria has Benfica on course for a fourth consecutive league title as the season takes a winter break near its midpoint.

Second-placed Porto also has just one defeat but a run of three consecutive draws has left it trailing by four points.

Fernandes, who has found his place at Benfica after bouncing around several Spanish clubs, is on target to have his most productive season ever with six goals in the league already.

Porto's Andre Silva is enjoying a brilliant season since graduating from the club's reserve team.

The 21-year-old striker has scored 10 times in the Portuguese league, equaling Marega's tally to lead the competition.

He produced a standout performance against Leicester City in the Champions League by netting two goals to lead a 5-0 rout of the English titleholders. He also joined Lindelof as one of the UEFA team's rising European talents.

Seeing Benfica and Porto first and second in the standings is routine in Portugal, but an upstart Braga side is providing some novelty to the season.

Led by Wilson Eduardo and Pedro Santos' combined 11 goals, Braga has risen into third place, six points behind Benfica. That run included a 1-0 victory at Sporting.

With Sporting eight points back in fourth place, coach Jorge Jesus has his work cut out for him.

Jesus stunned all of Lisbon when in 2015 he left Benfica after six highly successful seasons to take over their crosstown rival. No coach had ever made a direct move from Benfica to Sporting.

After Sporting came close last year only to stumble and finish second, Jesus is under pressure to bring trophies to a club that last won the league in 2002.