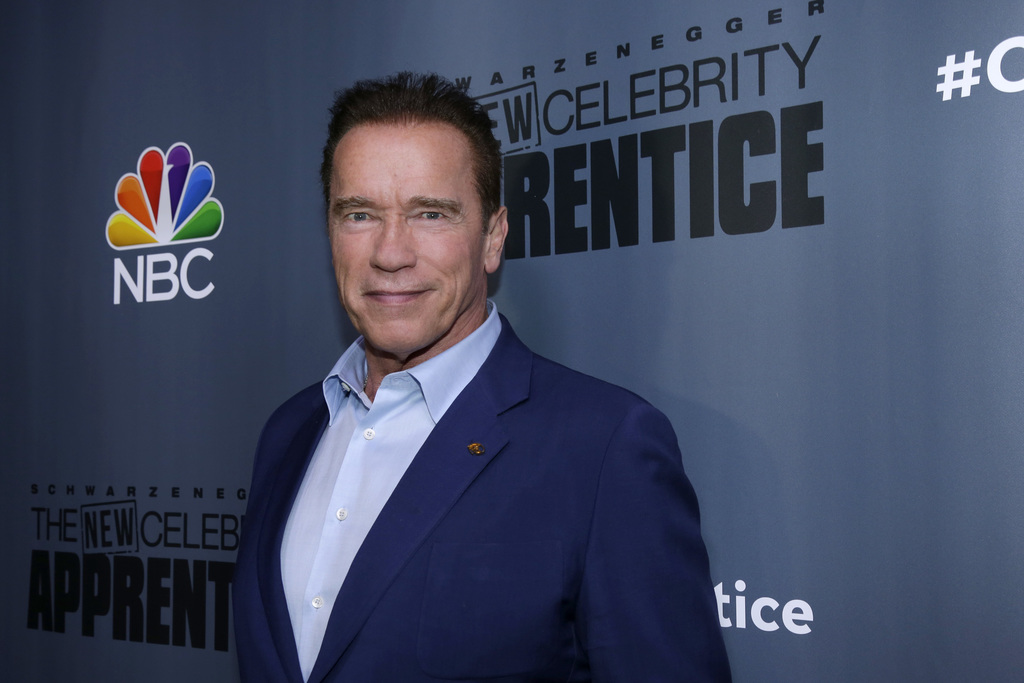 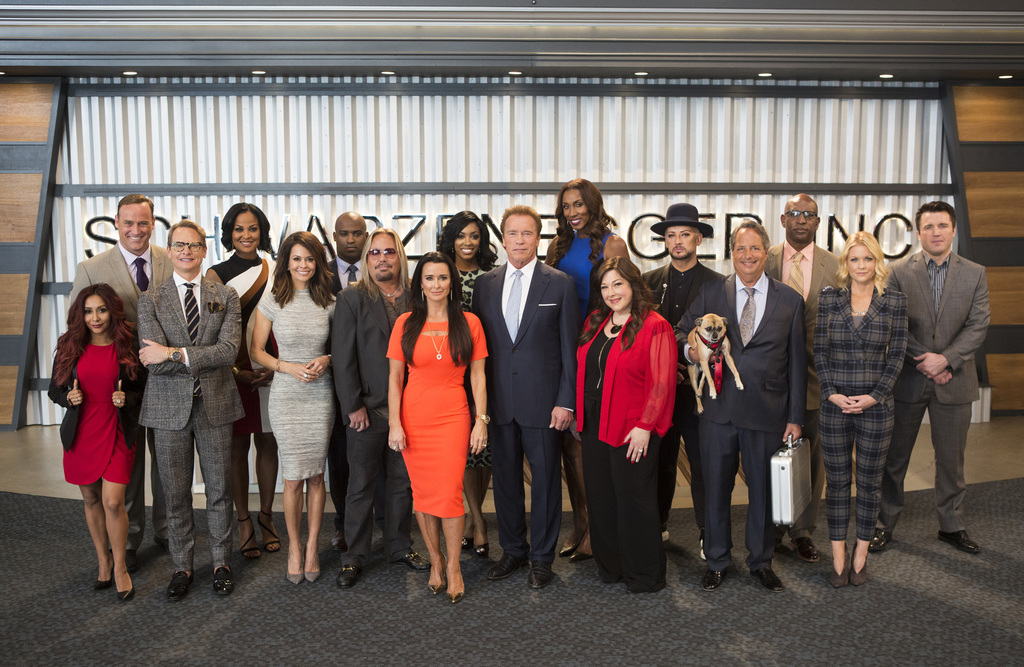 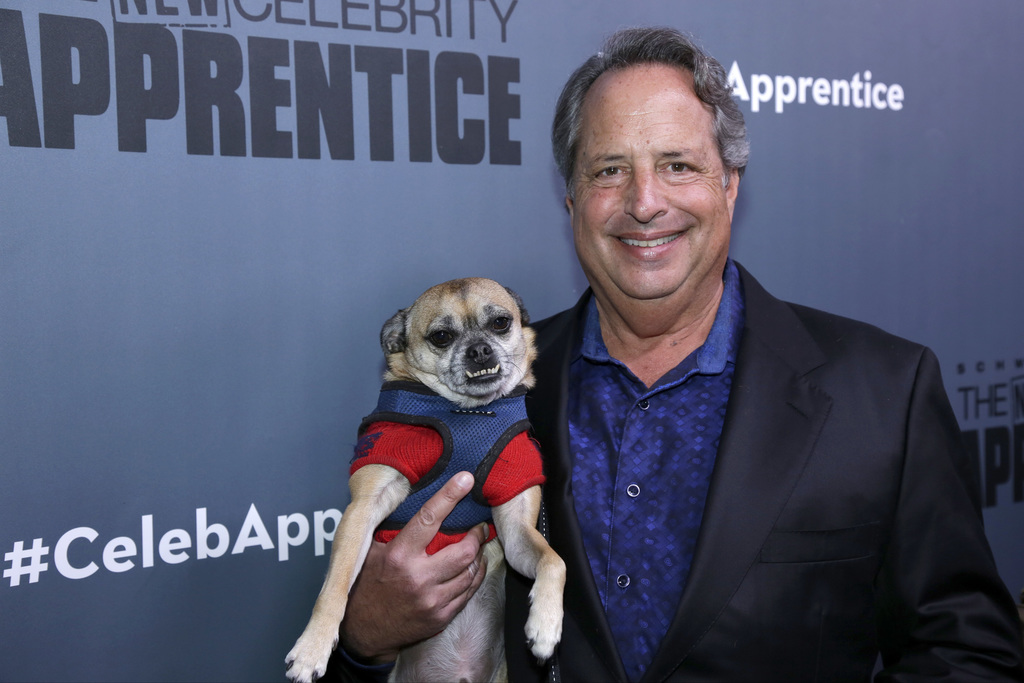 LOS ANGELES (AP) — In an epic mishmash of politics and celebrity, Donald Trump's elevation from "Celebrity Apprentice" host to president-elect has created an opening for actor and former California Gov. Arnold Schwarzenegger to become a reality TV star.

But Schwarzenegger says viewers will find out who's the boss when the revamped reality series debuts Monday on NBC with a two-hour episode (8-10 p.m. EST).

"The show is Arnold. The other one was Trump. I have a different personality and I do everything kind of lighthearted," said Schwarzenegger, of bodybuilding, "Terminator" movies and political fame. He served as governor from 2003-2011.

He was sanguine about whether the Trump connection, past or present, may dissuade some viewers from tuning in after the bitterly divisive presidential election. (Schwarzenegger, a moderate Republican, said in an October statement that he wouldn't vote for Trump, calling it a choice of "your country over your party.")

"People always like to associate themselves with a winner, and he won, so I think that's a big plus for the show," Schwarzenegger said. Besides, he added, "I never concern myself over things I have no control over."

"When we did the show, we didn't do it thinking about, 'Is Trump going to win? What does it mean he was the host of the show?' None of it," he said.

Contestant Laila Ali, boxing champ and daughter of the late Muhammad Ali, did consider whether some might vote against watching "Celebrity Apprentice" because of Trump.

"It's definitely something I thought about, and I'm hoping that doesn't happen because it's a whole new show. But I could definitely see certain people feeling that way," she said. "We shot the show a long time ago (last February) and things weren't where they are now."

She hopes viewers will "take it for what it is," entertainment in which money won by its celebrity competitors goes to charity. In Ali's case, that's the Women's Sports Foundation.

For NBC, its long and ultimately fraught relationship with Trump has caused the network to tread carefully around his continued off-camera link to "The New Celebrity Apprentice." NBC licenses the show from MGM, the studio that produces it.

In early 2015, while exploring a run for the GOP nomination, mogul Trump said he wouldn't renew his "Apprentice" contract.

Several months later, NBC said it was cutting business ties with the then-presidential candidate because of comments he made about Mexican immigrants while announcing his campaign. In dropping the annual Miss USA and Miss Universe pageants that had been a joint venture between NBC and Trump, the network said that "respect and dignity for all people are cornerstones of our values."

That didn't stop NBC's "Saturday Night Live" from bringing Trump on as a ratings-boosting host in November 2015.

Earlier this month, the network left it to "Apprentice" franchise creator Mark Burnett, now an executive with MGM, to confirm reports that Trump still had a stake in the series. The network has declined further comment.

Paul Telegdy, who oversees "Celebrity Apprentice" as president of NBC Entertainment's alternative and reality group, said in a recent interview that it deserves to return after a nearly two-year absence.

"We bring back shows when they do well," Telegdy said. "'Apprentice' was deemed to be an anchor reality brand. When you look at the shows that have lasted — 'Apprentice,' 'Survivor,' 'America's Got Talent,' 'Dancing with the Stars' — you don't give up on those."

That's despite less-than-stellar ratings. When it last aired in 2015, with Trump ruling the boardroom, it averaged 7.6 million weekly viewers. That was an increase over the previous season, which aired in 2013 with an audience of 5.8 million, but a drop from the 9.8 million who tuned into the franchise's first "Celebrity" incarnation in 2007-2008.

But a show in the flexible reality genre can be "repopulated" with different cast members and host and earn an extended life, Telegdy said: "You can do a new 'Celebrity Apprentice,' which is what we're doing."

Besides swapping out the talent, the show traded its Manhattan setting for Los Angeles.

"Just taking place in LA instead of New York makes a difference," Ali said. "With lots of the tasks (contestant challenges), you're running around the city and so you get to see a lot of the beautiful views and beautiful sunny weather. It's a different vibe."

The catchphrase Schwarzenegger will use in place of Trump's "You're fired!" to banish contestants has been kept under wraps. His famous action movie lines could provide options, whether "Hasta la vista, baby" or the reworked "You won't be back."

Also to be discovered: Trump's reaction to the show minus him. Might he tweet a critique of Schwarzenegger's version, even though the president-elect has a financial interest in how it does?

"I'm sure he'll find it enjoyable," said Lovitz, who said he's been friendly with Trump for years. "I'm sure he'll go, 'Arnold has his way of doing it. I did it differently.'"

Lynn Elber is a national television columnist for The Associated Press. She can be reached at lelber@ap.org and on Twitter at http://twitter.com/lynnelber.