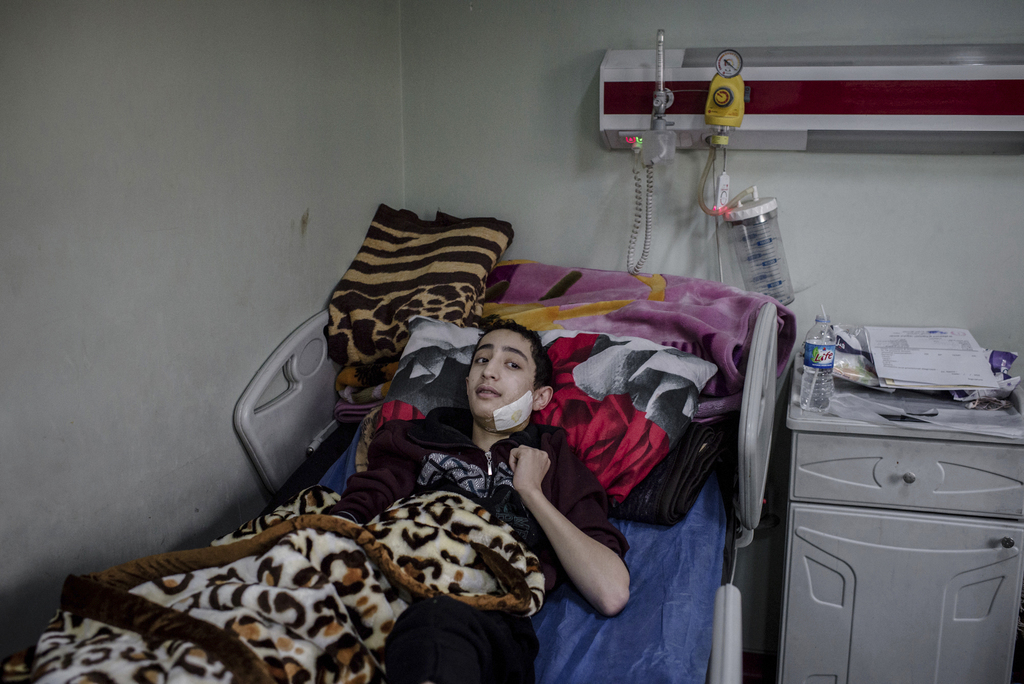 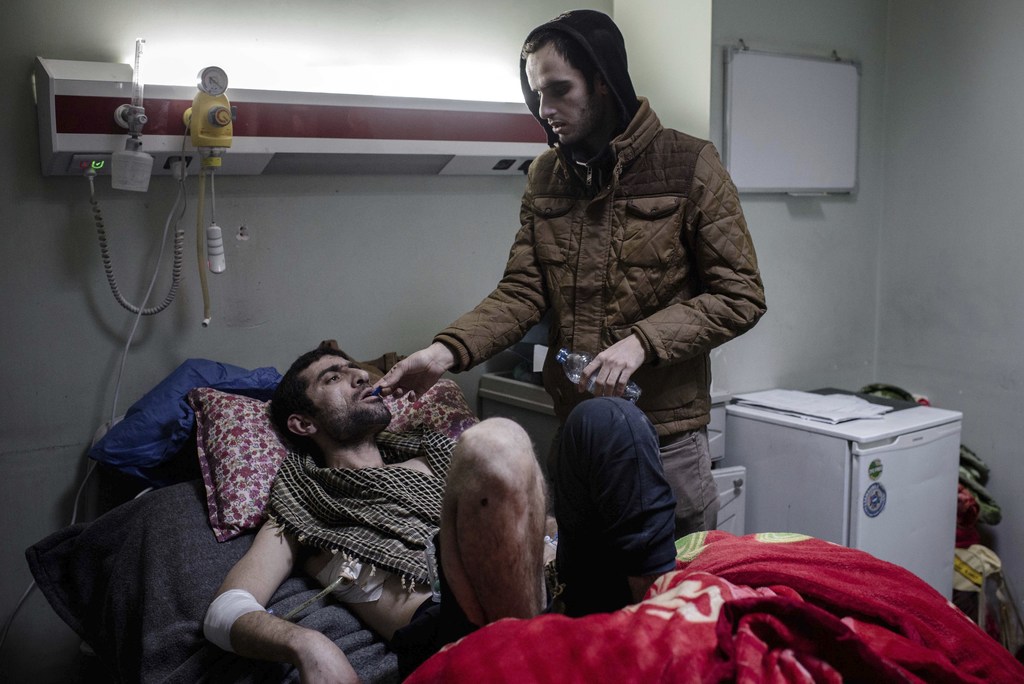 IRBIL, Iraq (AP) — The 15-year-old Iraqi boy was lying in a hospital bed recovering from his wounds when his brother brought him the news: Their father, a few rooms over, had just died from the shrapnel lodged in his head from the same Islamic State mortar attack.

Abdul-Hameed Nasser punched the wall by his bed and screamed, "God curse the father of the Islamic State!" Then he lay gazing into space with tearful eyes, sometimes pulling the blanket over his head.

It was a tragic end for the family patriarch, Eid, after two years of moving repeatedly across northern Iraq seeking safety. In the end, they were among the many civilians caught in the crossfire as Iraqi forces slowly punch their way into the northern city of Mosul, facing ferocious resistance every step of the way.

Their experience illustrates how even those parts of the city that Iraqi troops have recaptured are far from safe. Government forces moved into Nasser's neighborhood, called Nour, a month ago. Yet last week, on a miserable rainy day, militants unleashed a torrential barrage on the district.

"Rain and mortars came down like buckets," Abdul-Hameed's cousin, Mohammed Saad Abdul-Karim, said. "The battle was so intense, almost everyone in the neighborhood seemed to flee at the same time. Many were screaming for help or from pain. It was like doomsday."

The 14-member family fled. Six of them were wounded by the mortar fire, including Abdul-Hameed, one of his siblings and — most gravely of all — his father.

During heavy fighting, up to 100 wounded civilians a day flow into the West Irbil Emergency Hospital, the facility in the capital of Iraq's self-ruled Kurdish region where most casualties from the conflict are brought, said Dr. Ansam Abdul-Saheb.

"We have many difficulties because they come without their relatives, most of them are children," she said. "They are crying and it's hard to communicate with them."

Human Rights Watch said Wednesday that IS fighters are deliberately targeting civilians who refuse to join them as they retreat. In a statement, it said at least 19 civilians were killed and dozens wounded in the period from the third week of November into the first week of December.

The New York-based group said the fatalities were caused by IS mortar or sniper fire, car bombs, roadside bombings and direct attacks, as well as in airstrikes by Iraqi forces and the U.S.-led coalition. The findings were based on interviews with more than 50 residents who had fled eastern Mosul, HRW said.

"Civilians are being hit from all sides in Mosul," said Lama Fakih, deputy Middle East director at HRW. IS "atrocities do not absolve Iraqi forces and the international coalition from doing their utmost to protect civilians."

When the Iraqi campaign began in October, an estimated 1 million people were still in Mosul.

The Iraqi government told residents to stay in their homes during the assault, hoping to avoid a flood of displaced people. But the fighting has dragged on, and the military has taken only about a quarter of the city. Unable to endure without electricity or water as supplies run out, residents near front lines often have no choice but to leave.

At least 100,000 have so far fled the city. Those staying behind are in danger of being hit by shelling or caught in intense house-to-house fighting. Neighborhoods retaken by government troops have endured repeated mortar shelling and sneak attacks.

According to residents who fled, families wishing to get out make contact with the military through phone numbers given on radio broadcasts. Often, the military deploys drones or helicopter gunships to ensure their safety as residents bolt toward safer areas. If it's nighttime, the helicopters release flares to illuminate their route.

But in some cases, families lose their way, wandering into minefields or the cross hairs of snipers.

For the Nasser family, Mosul was just one stop in a perilous odyssey that began when IS swept across the country in 2014.

They left Beiji, in central Iraq, when IS militants took the oil refinery city that summer. They settled in a suburb for several months, then headed to the nearby city of Kirkuk, which had come under the control of Kurdish forces.

The Kurds, suspicious of Sunni Arabs from IS-held areas, made the family and others sleep in the fields on the edge of the city, then finally turned the Nasser family away.

That was when Eid Nasser took them to Mosul, where they lived in a house vacated by acquaintances who had fled. IS soon evicted them and took over the house, so they moved across the river into Mosul's eastern sector and rented a house in Nour.

They tried to flee Mosul last year, but were caught by IS fighters, who impounded the family's two all-terrain vehicles and forced them to sign a pledge never to attempt to leave the city.

"I miss school," said the slender Abdul-Hameed as a nurse changed his bandages — minutes before he heard of his father's death. "I want to go back to school and go to university to be an engineer."

"Iraq is no longer a good place to live," interjected his cousin, Abdul-Karim, whose face was hit by small shrapnel. "We will probably settle here in Kurdistan."