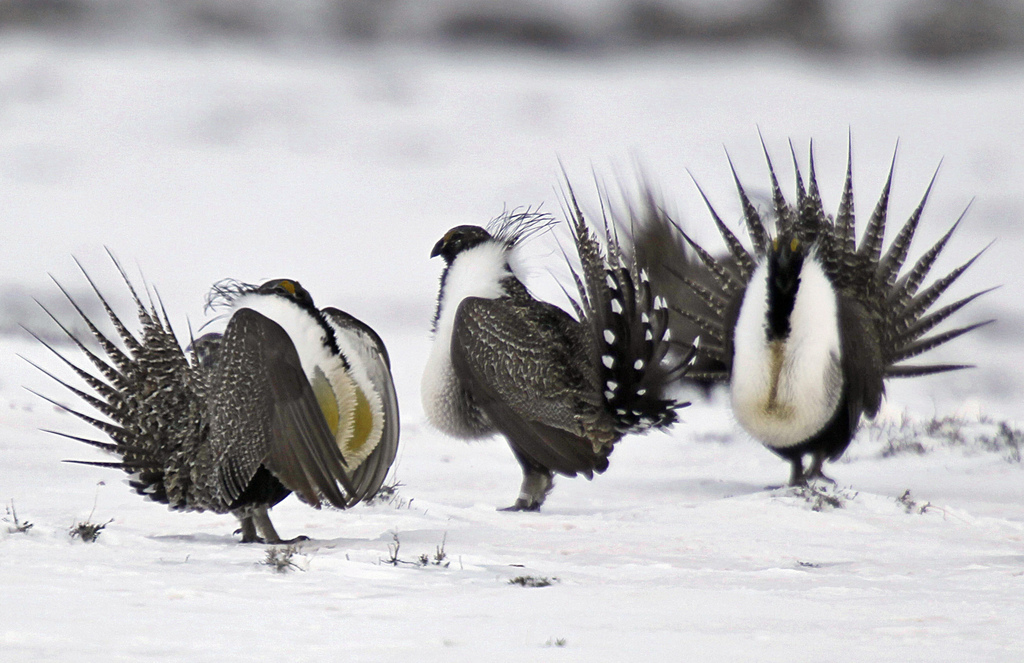 DENVER (AP) — The Obama administration offered five possible plans Thursday for limiting mining on federal land in the West to protect the vulnerable greater sage grouse, but it isn't saying which it prefers.

The options range from banning new mining activity on about 15,000 square miles for up to 20 years to imposing no additional restrictions on mine locations.

Under all the options, mining and exploration projects already approved or underway could proceed. Energy companies could still extract oil and gas from any restricted lands, but they would have to use directional drilling from some distance away to avoid disturbing the surface.

After a public comment period ends in March, President-elect Donald Trump's administration will decide which option to choose, if any.

It's not yet clear whether Trump or his choice for Interior Secretary, Republican Rep. Ryan Zinke of Montana, would continue to pursue the current sage grouse conservation plans, modify them or scrap them.

Also unclear was why the federal government did not list a preferred alternative for mining restrictions, which it normally does in this kind of review.

Randi Spivak of the the Center for Biological Diversity said all mining is harmful to sage grouse. She said Zinke, who describes himself as "a Teddy Roosevelt Republican," could emulate the conservationist Roosevelt by protecting the bird.

Sen. Dean Heller, R-Nevada, called the options an "11th-hour attack on Nevada and the West." He said he would try to overturn any mining restrictions.

Republicans have berated President Barack Obama for other last-minute environmental measures, including his designation Wednesday of two new national monuments, Bears Ears in Utah and Gold Butte in Nevada.

An estimated 200,000 to 500,000 sage grouse remain in 11 Western states, but their numbers are down significantly because they are losing habitat to development. The size of the sage grouse population is considered an indicator of the overall health of the vast Western sagebrush ecosystem and other species that depend on it.

The proposed mining restrictions are part of a broad plan to save the chicken-size bird without resorting to the Endangered Species Act, which could bring stricter limits on mining, drilling, agriculture and other activity.

But the plan is under attack from both sides, with critics saying it is either too restrictive or too lax. Environmental groups and energy companies have filed lawsuits seeking to overturn all or parts of the plan.

The options for mining restrictions are part of a draft environmental impact statement drawn up by the federal Bureau of Land Management, which is part of the Interior Department.

Follow Dan Elliott at http://twitter.com/DanElliottAP. His work can be found at http://bigstory.ap.org/content/dan-elliott.