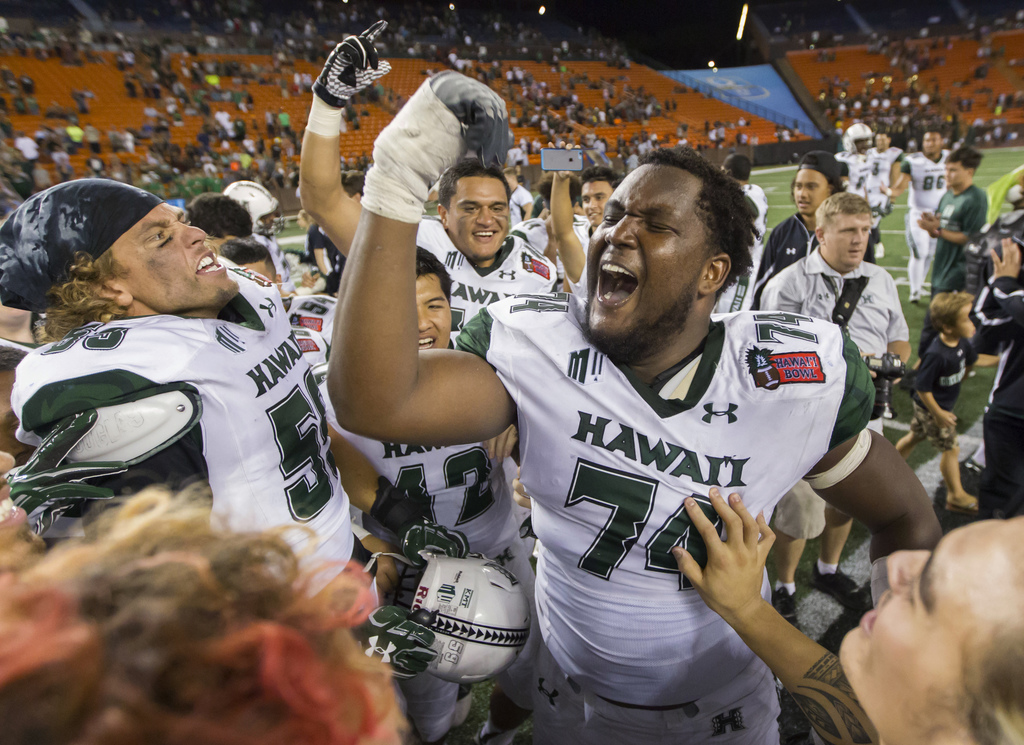 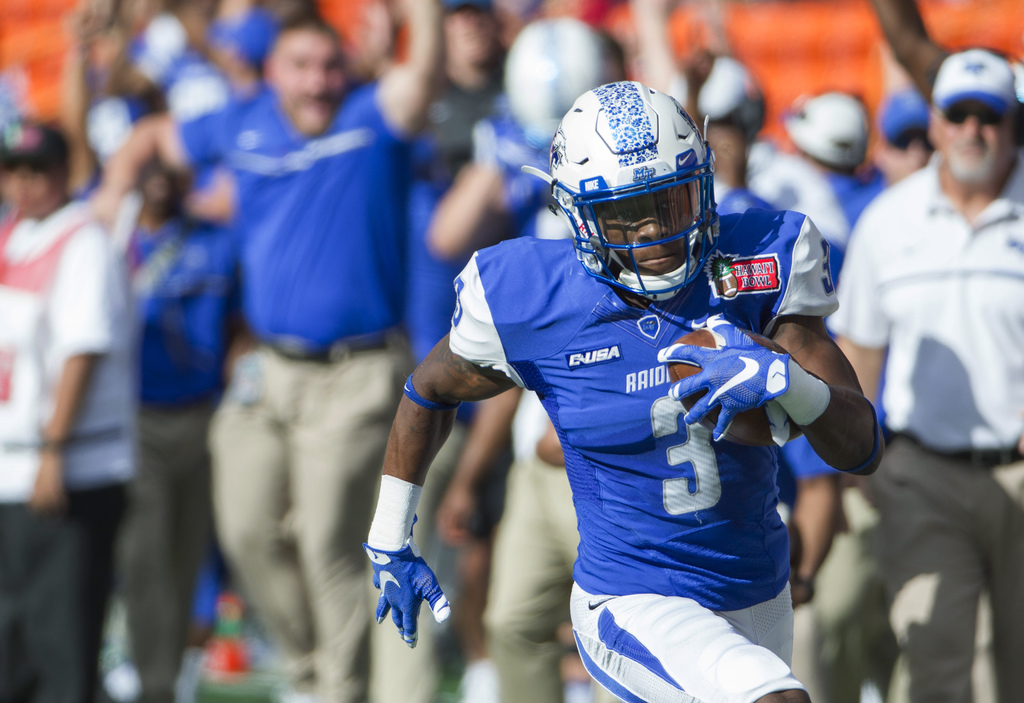 HONOLULU (AP) — Hawaii quarterback Dru Brown threw for 274 yards and four touchdowns as the Rainbow Warriors overcame an early deficit to beat Middle Tennessee 52-35 in the Hawaii Bowl on Saturday.

The Rainbow Warriors (7-7) amassed 500 yards of total offense and their highest-scoring output this season to end on a three-game winning streak. The Christmas Eve victory marks their first bowl win since 2006, an unlikely end to a season that began with losses in three of the first four games.

"It's been up and down all year and there were a lot of times these kids could have quit and they stuck together, not only for the seniors, but for the fans and the supporters of Warrior football," coach Nick Rolovich said. "They represented the university very well and I'm happy for them to go out with a win today."

Brown completed 20 of 30 passes without an interception. He had a 2-yard touchdown run and was sacked just once. Brown has nine touchdowns to zero interceptions over his past two games.

Tight end Metuisela Unga caught two of Brown's scoring strikes, an 18-yarder in the first quarter for Hawaii's first score and a 12-yarder late in the third.

Hawaii turned three Middle Tennessee turnovers into 21 points. It fell behind 14-0 just over 5 minutes into the game, but scored the next 28 points and never relinquished the lead.

"That's been kind of a trend this year where we start off slow, but after those two scores we all came together on the sideline and said, 'Enough is enough, let's go,'" Hawaii defensive lineman Kory Rasmussen said.

Brent Stockstill started at quarterback for the Blue Raiders after missing the previous three games with a broken collarbone. He finished 30 of 51 passing for 432 yards. Stockstill threw four touchdown passes — two to Richie James — and was intercepted twice.

"I played terrible in first half and put us in a deep hole. We tried to come out of it, but we just didn't make enough plays," Stocksill said.