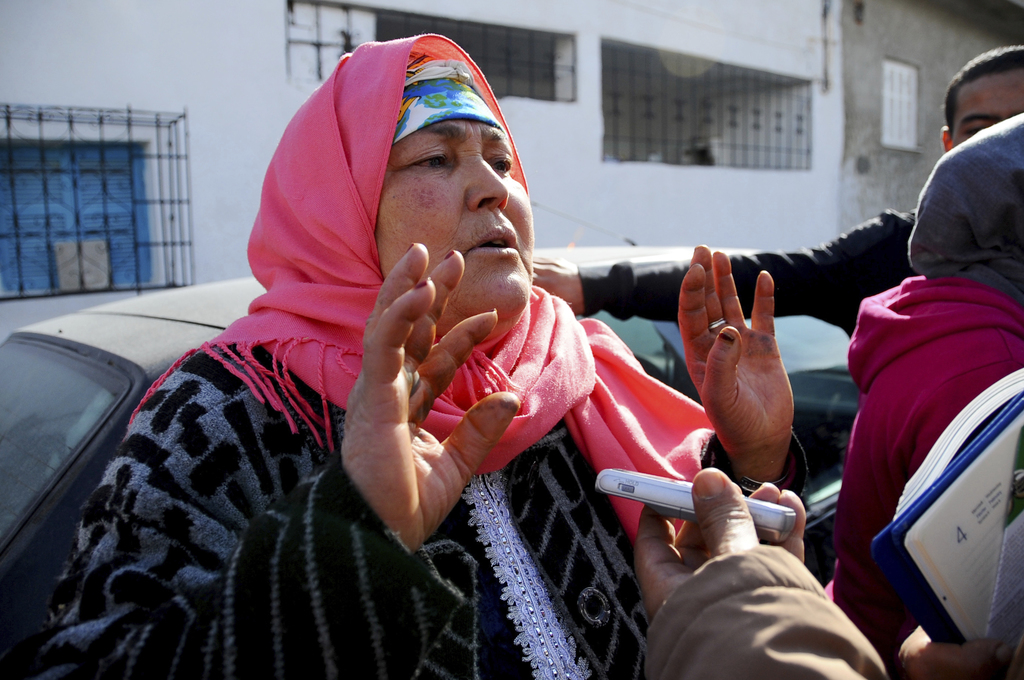 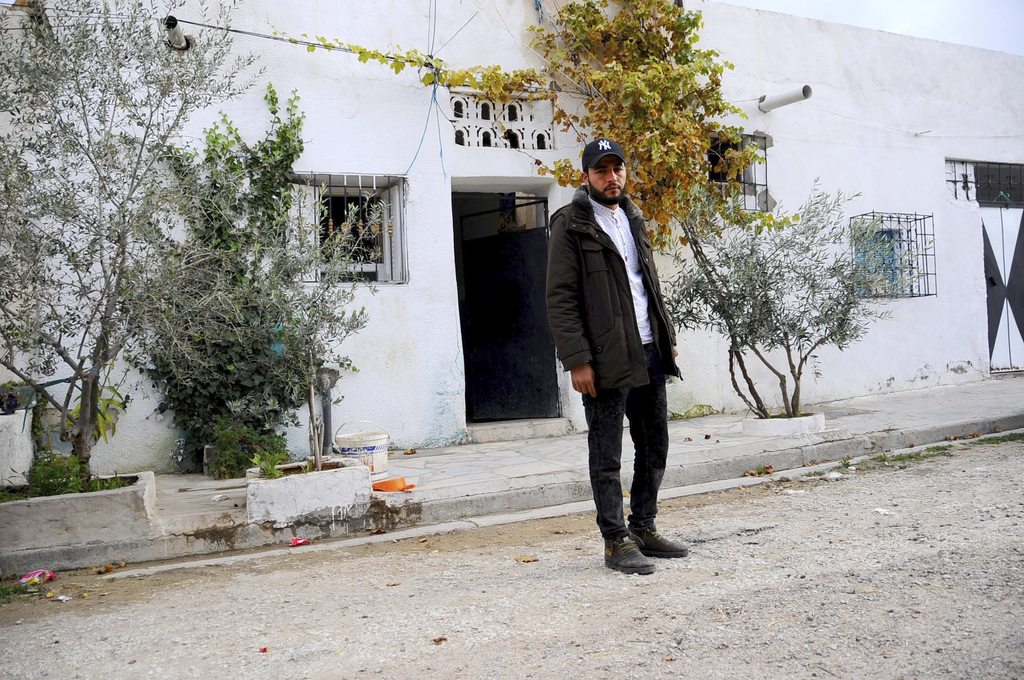 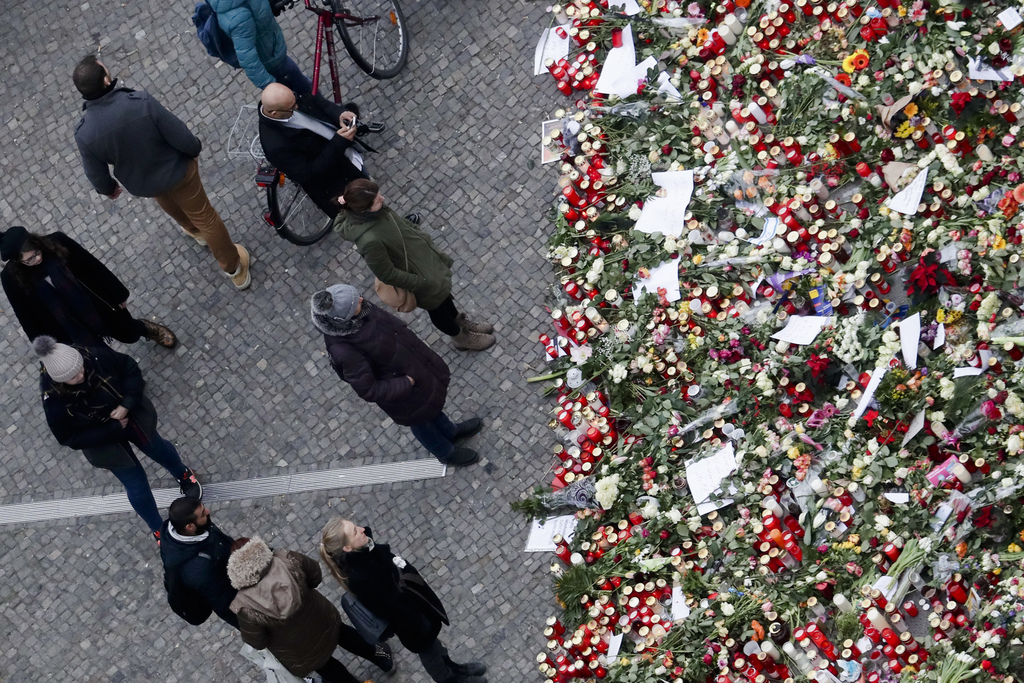 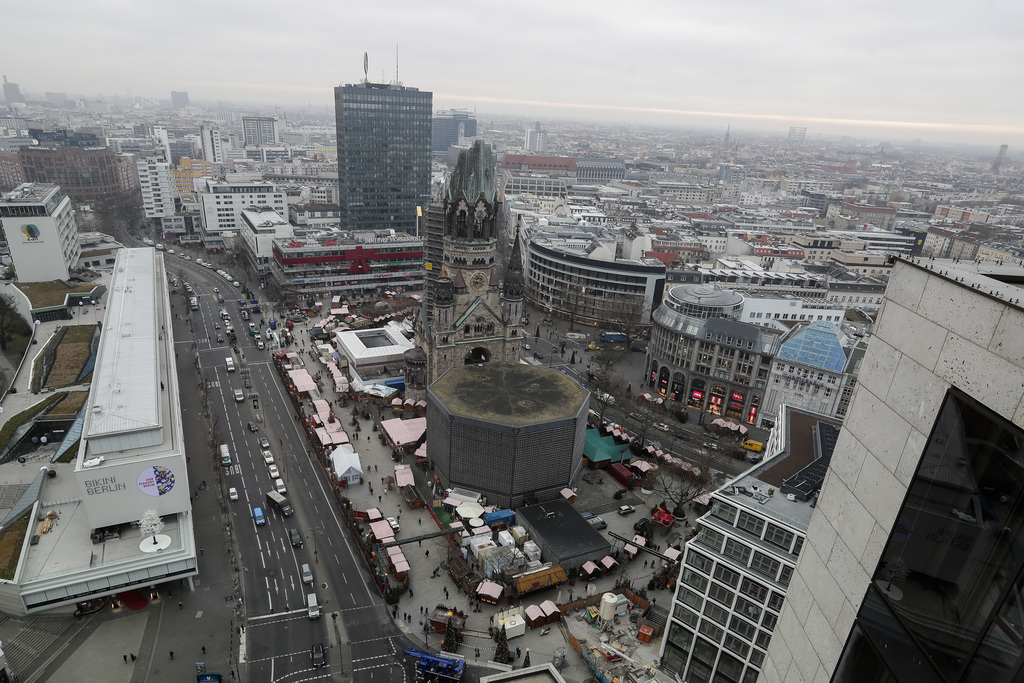 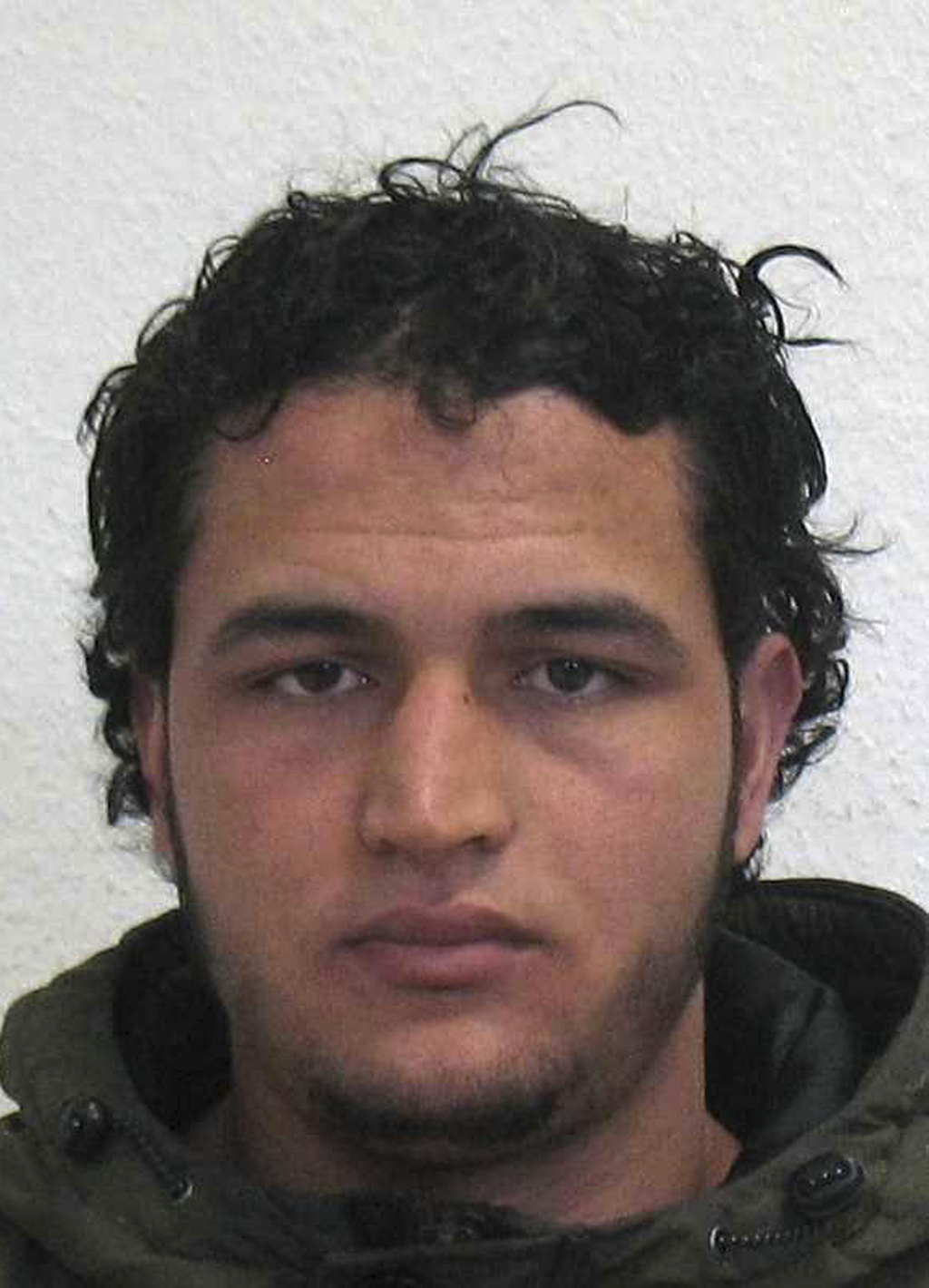 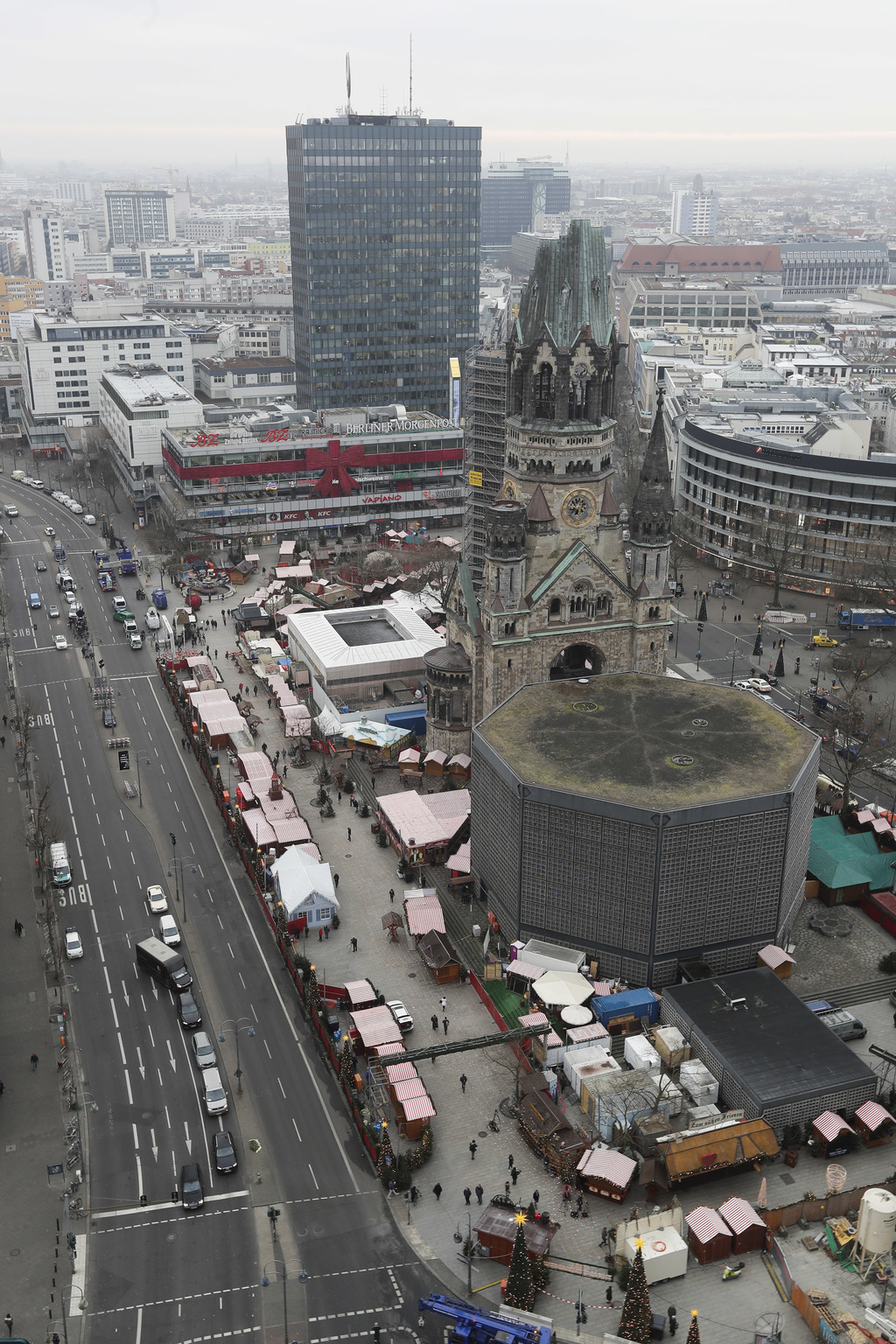 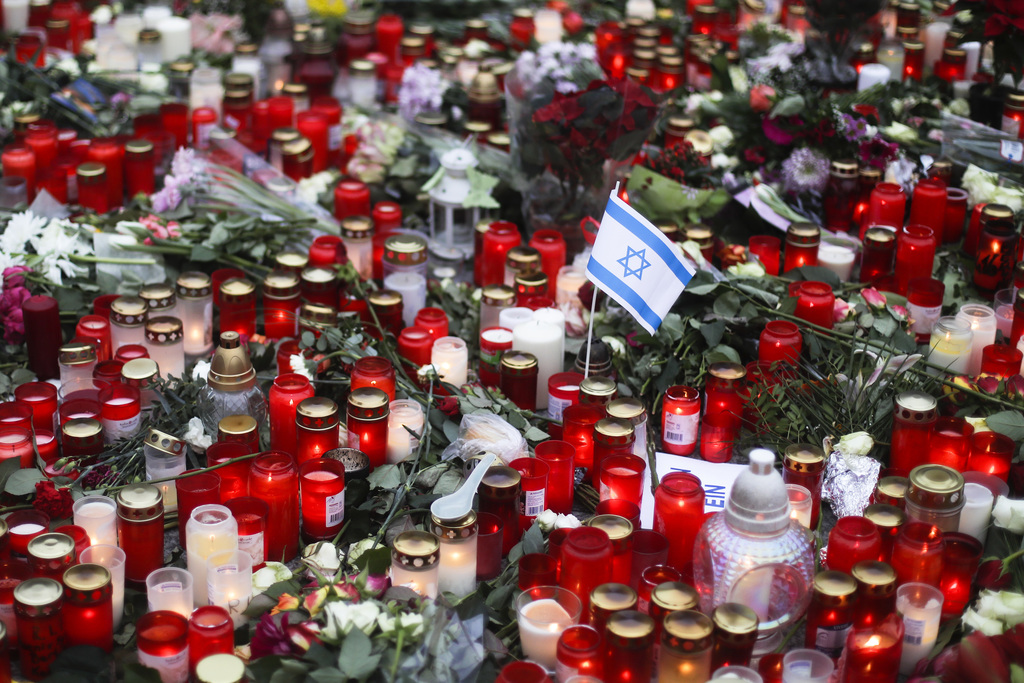 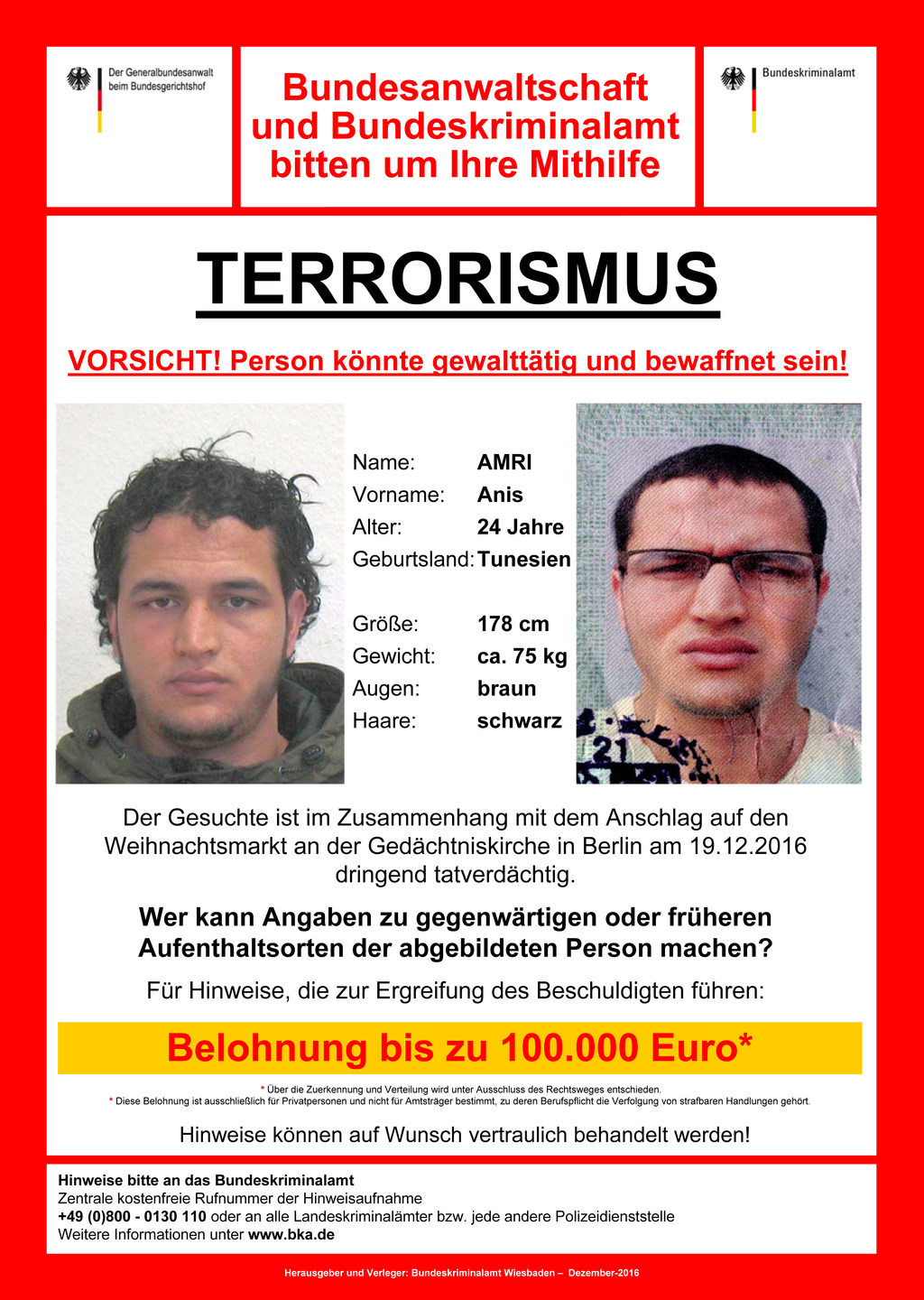 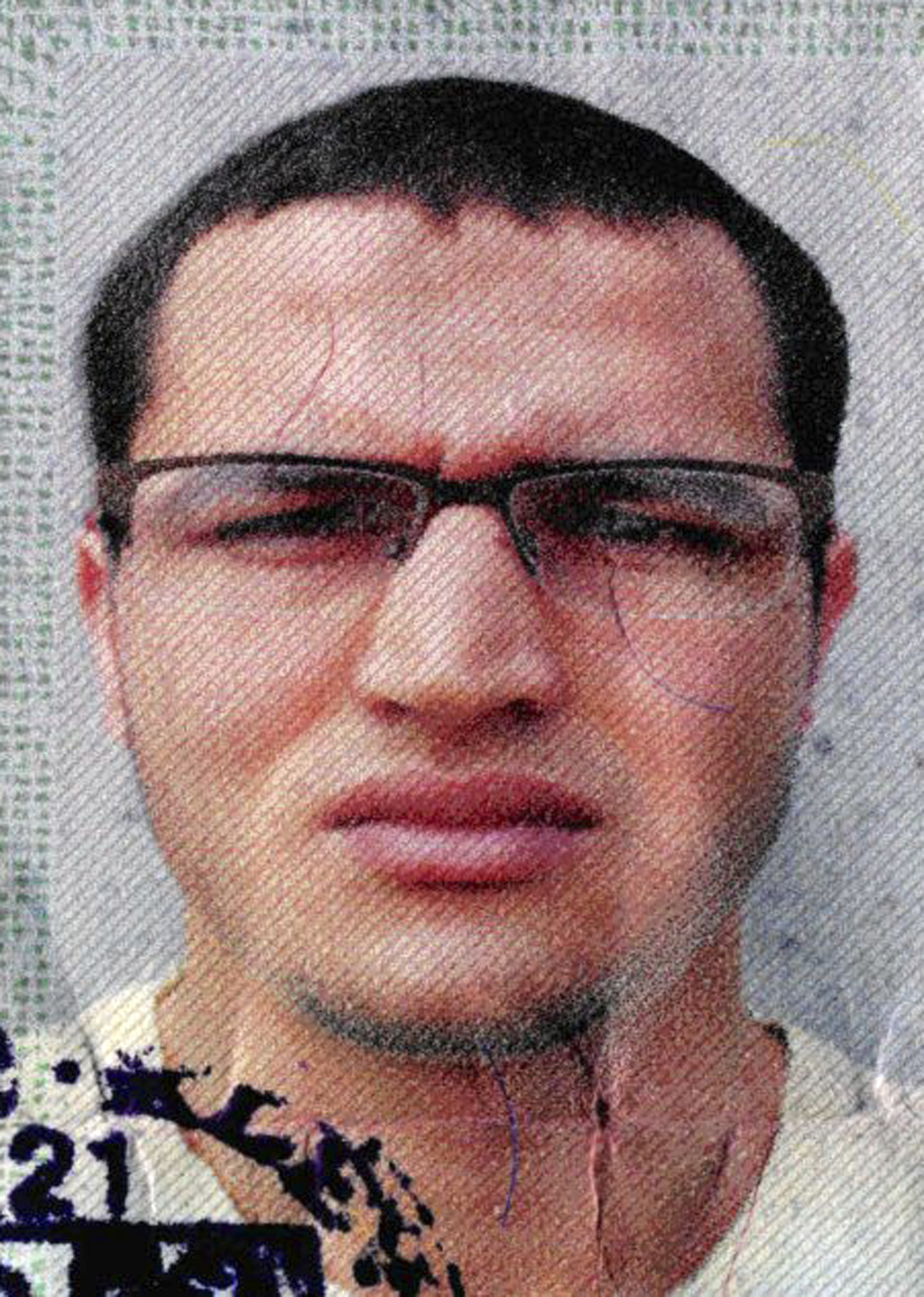 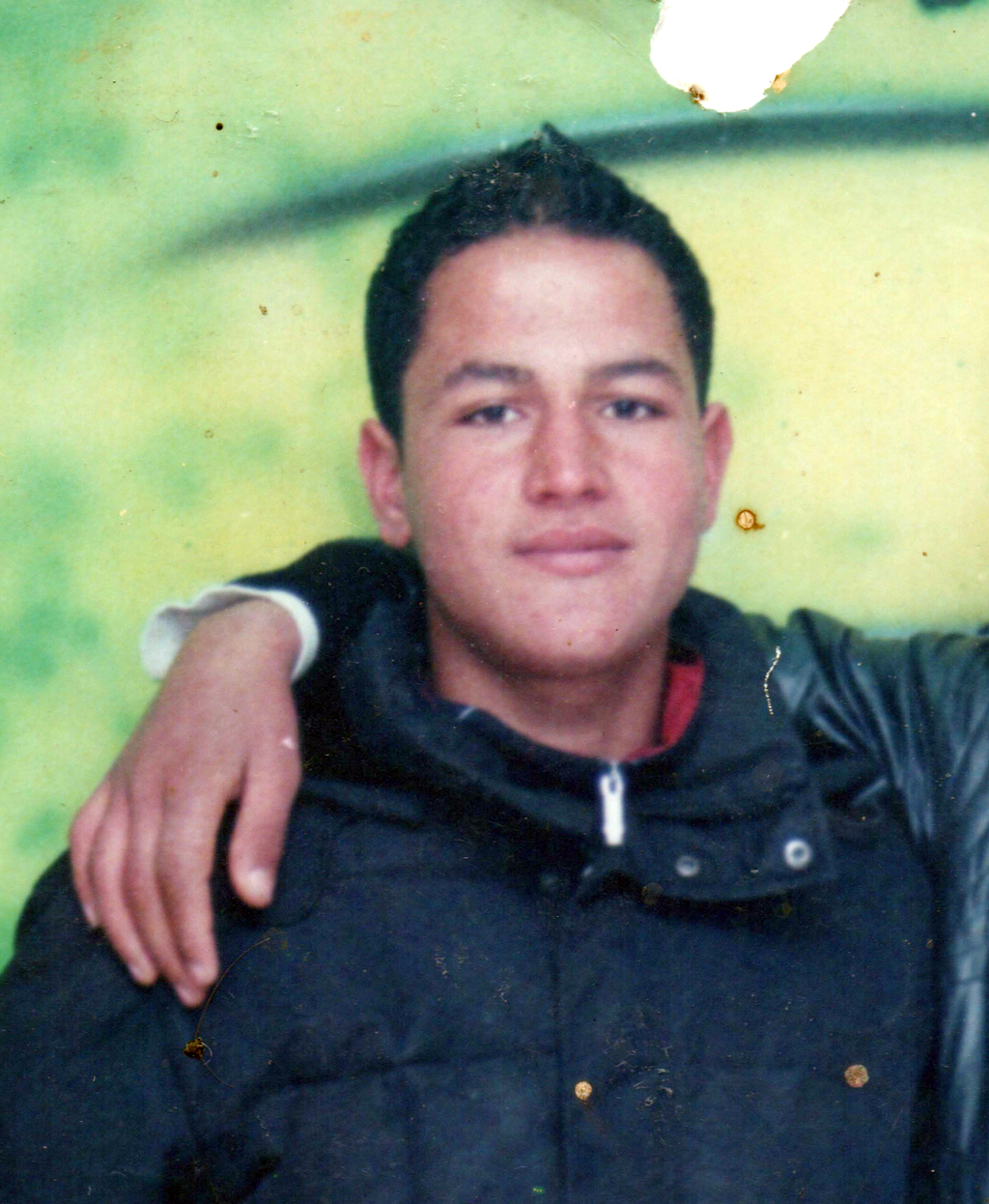 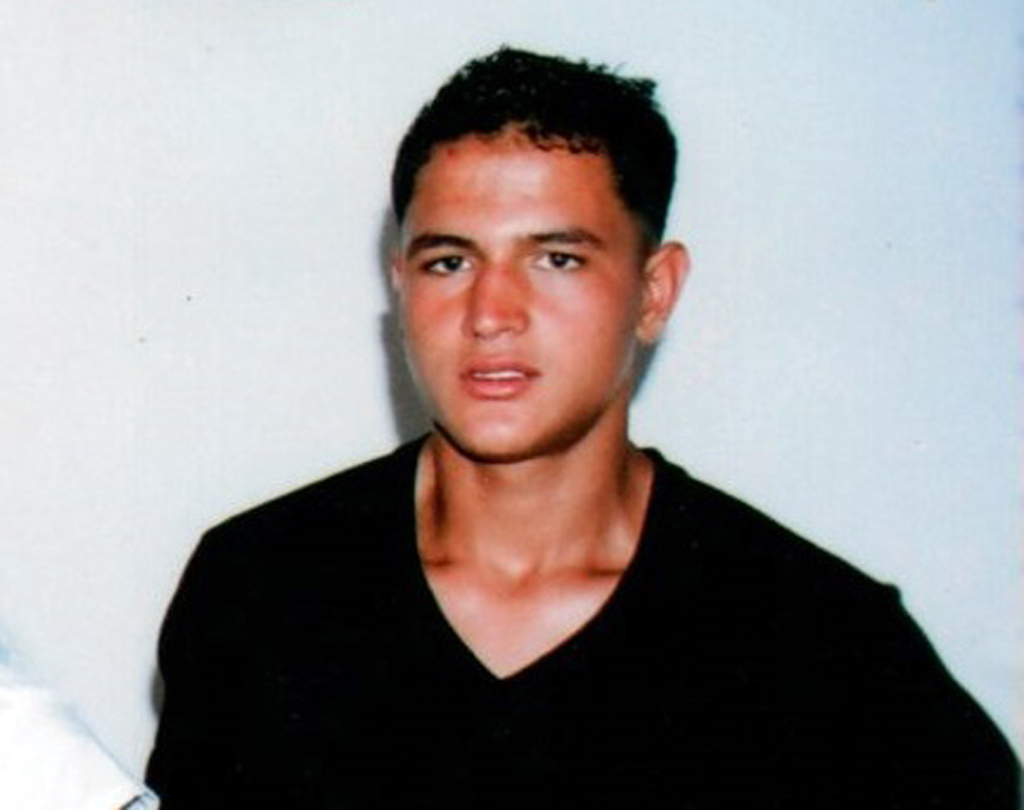 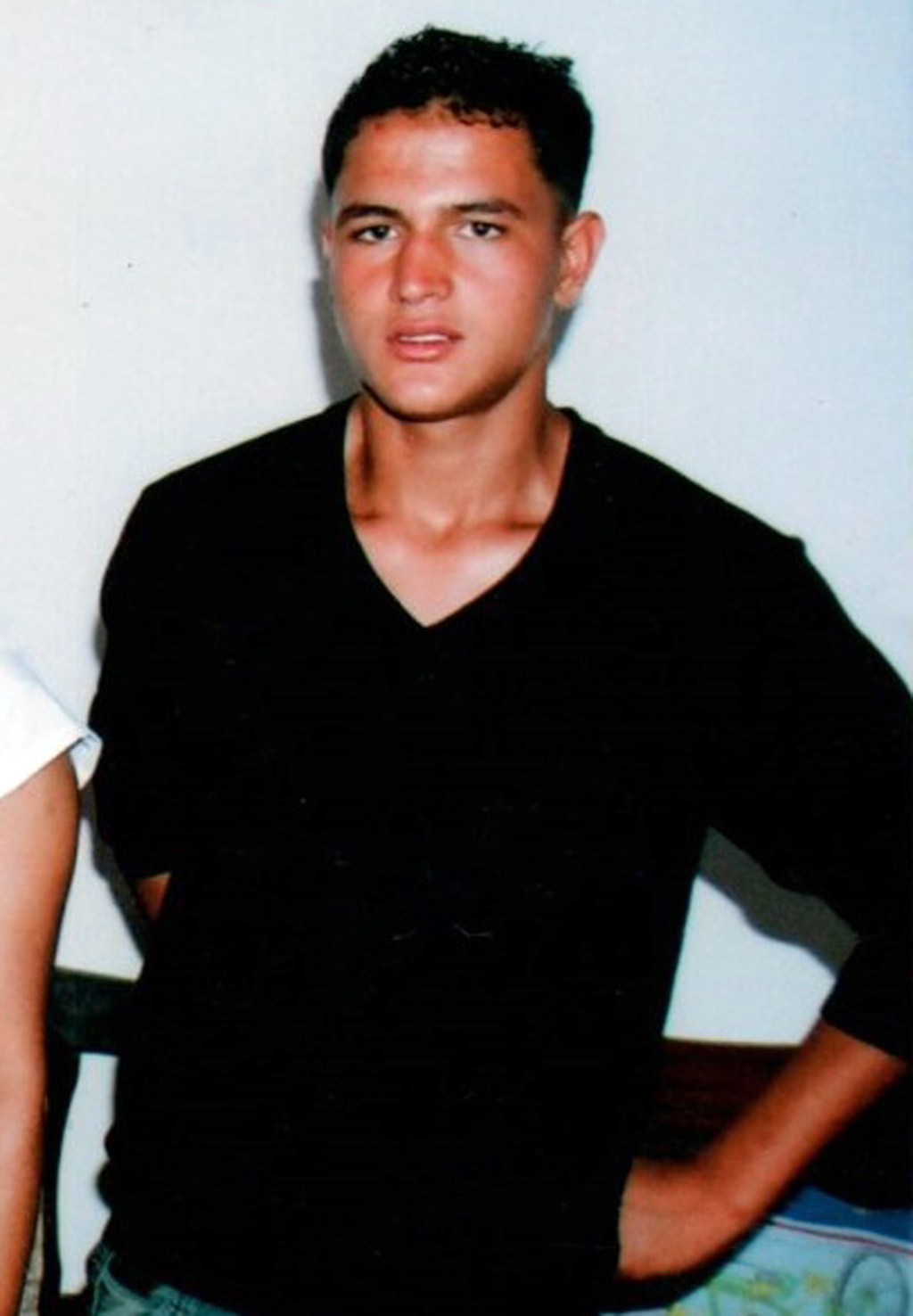 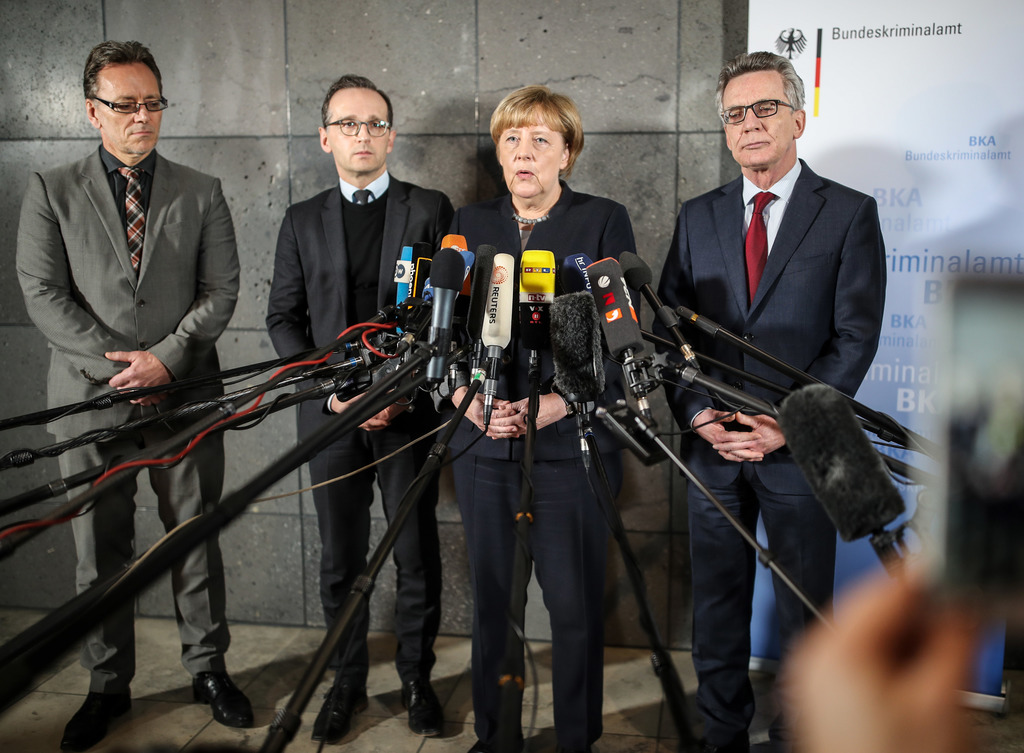 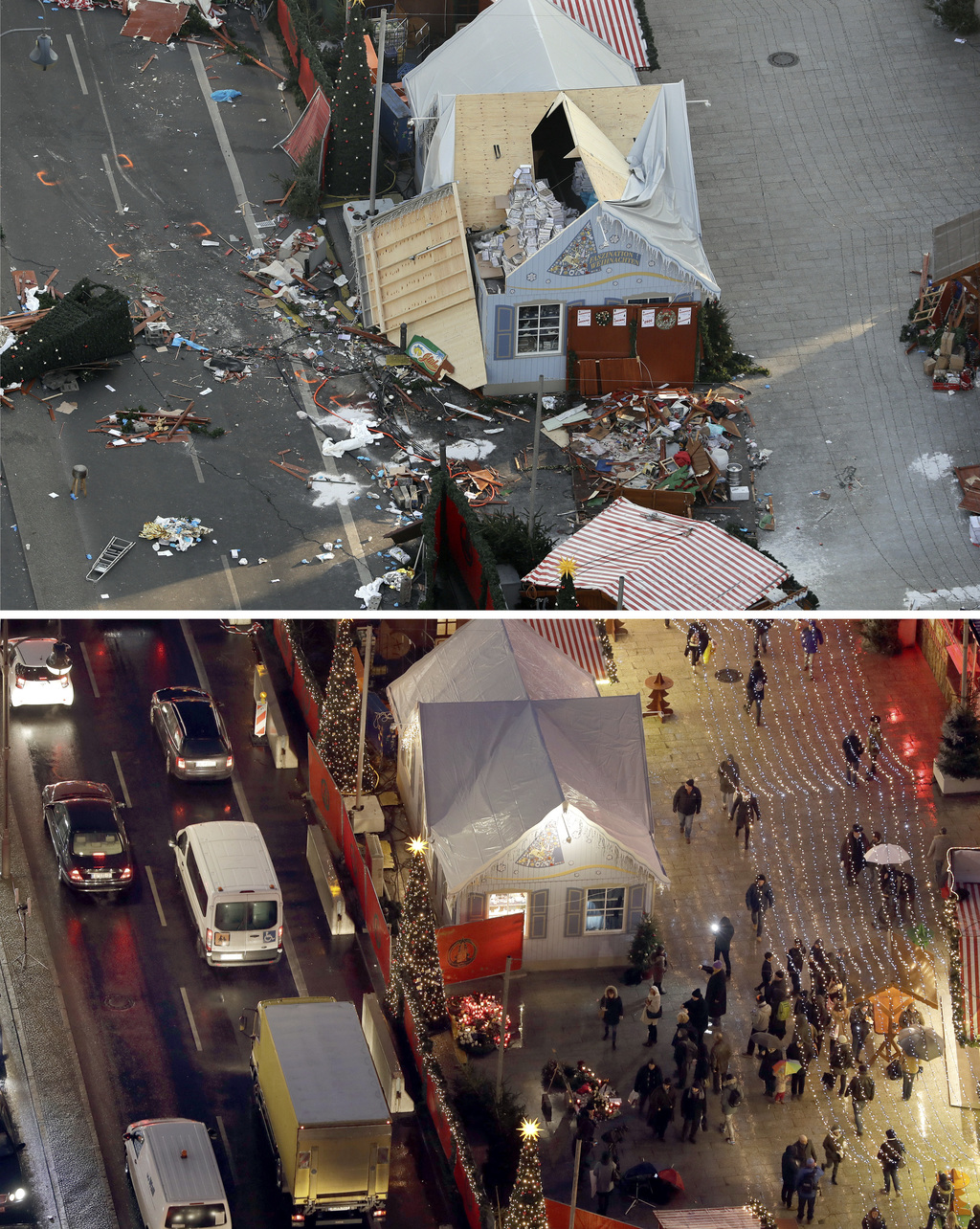 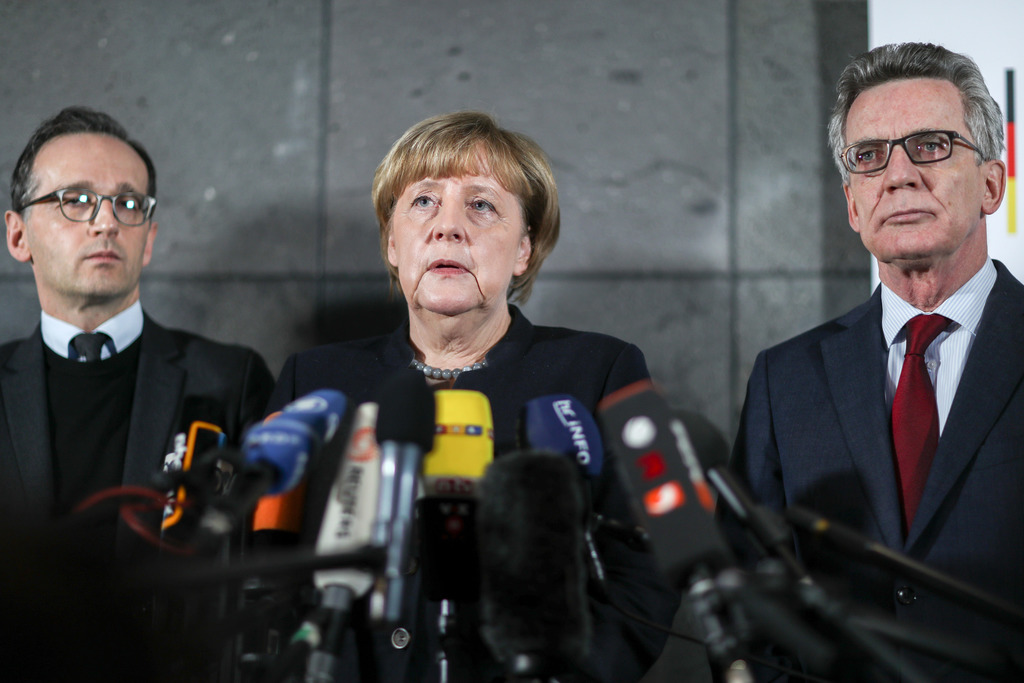 BERLIN (AP) — The Latest on the deadly truck attack on a Berlin Christmas market (all times local):

The Paris prosecutor's office says a female French citizen is among the injured in Berlin's Christmas market attack and has opened its own investigation.

A spokesperson for the prosecutor's office, Agnes Thibault-Lecuivre, provided no details of the victim or extent of injuries.

German federal prosecutors say they have searched properties in western Germany and in Berlin where truck attack suspect Anis Amri is believed to have spent time.

Prosecutors' spokeswoman Frauke Koehler told reporters there were searches at "various locations" in North Rhine-Westphalia state and in the capital on Thursday. Authorities also checked a bus in the southwestern German city of Heilbronn after receiving a tip. They haven't yet made any arrests.

Koehler said Amri's fingerprints have been found on the driver's door and on the side of the truck. She added: "We believe that Anis Amri was steering the truck."

Prosecutors issued a formal arrest warrant against Amri. That formality will enable them to hold him pending a possible indictment once he is arrested.

Berlin's state government says 12 people are still being treated for severe injuries after Monday night's truck attack on a Christmas market, and that an unspecified number of them are still in critical condition.

Another 14 people with less serious injuries were also still hospitalized, while 30 others have been discharged.

Twelve people were killed in the attack.

Berlin's state health ministry on Thursday raised the number of market attack victims treated in Berlin hospitals to 56, up from 48. It said some victims had reached hospitals on their own after the attack.

Italian authorities say the Tunisian fugitive in the Berlin Christmas market truck attack was a problem inmate when he was in Italy.

In all, Amri was held in six different prisons on Sicily, where he served 3 ½ years for setting a fire at a refugee center and making threats, among other charges.

But Italy apparently recorded no signs that Amri was becoming radicalized to embrace extremist violence.

Amri reached Italy in 2011, along with tens of thousands of young Tunisian men who arrived by boat during the Arab Spring revolutions.

Germany's interior minister has confirmed that fingerprints of the Tunisian man being sought over the Berlin truck attack have been found in the vehicle's cab.

German authorities on Wednesday issued a wanted notice for Anis Amri, describing him as potentially violent and armed.

British Prime Minister Theresa May has urged Britons not to let the Berlin attack deter them from enjoying the festive season.

She told the Evening Standard newspaper in London: "It is important, I think, that we send a very clear message that we will not be cowed by the terrorists, that we will carry on with our lives as usual."

Officials say security measures have been tightened across Britain as police review their own anti-terror efforts for the festive period following Monday's attack in Berlin. Armed police have appeared in busy London locations such as subway stations in recent days.

The official threat level in the U.K. has not changed, remaining at severe, meaning an attack is seen as highly likely.

The mother of a Tunisian fugitive wanted over Berlin's Christmas market attack says he had shown no signs of radicalization and she's questioning whether he really drove a truck through a holiday crowd or is just a scapegoat.

Speaking in the town of Oueslatia in central Tunisia, Nour El Houda Hassani says poverty drove her son Anis Amri to steal and to travel illegally to Europe.

She says Amri spent time in an Italian prison and Switzerland before reaching Germany, where he is now the top suspect in a truck rampage Monday that killed 12 people.

His mother told The Associated Press on Thursday: "I want the truth to be revealed about my son. If he is the perpetrator of the attack, let him assume his responsibilities and I'll renounce him before God. If he didn't do anything, I want my son's rights to be restored."

She says Tunisian police took away her telephone Wednesday and are studying her communications with her son.

She said: "When he talked he was normal. There was no sign of radicalization."

A State Department official says two U.S. citizens are among the 48 people injured in the attack on a Christmas market in Berlin that left 12 others dead.

Department spokesman John Kirby provided no further information on the Americans, but added that the U.S. continues to work with German authorities to assist any other U.S. citizens injured in the Monday evening attack.

Authorities across Europe are scrambling to track down a Tunisian man suspected of driving a truck into the Christmas market. German authorities are offering a $105,000 reward for information leading to the arrest of 24-year-old Anis Amri, who they say could be "violent and armed."

One of his brothers is urging Amri to turn himself in.

German media are reporting that the fingerprints of Tunisian suspect Anis Amri have been found on the truck that was driven into a Christmas market in Berlin.

Neither report named sources. Federal prosecutors, who are leading the investigation, could not immediately be reached for comment.

German authorities issued a wanted notice for Amri on Wednesday and offered a reward of up to 100,000 euros ($105,000) for information leading to his arrest. A document belonging to Amri was found in the cab of the truck.

Italy's foreign minister says an Italian woman has been confirmed as among the dead in the Berlin market attack.

Angelino Alfano said in a statement Thursday that German magistrates have informed Italian authorities that "'there is certainty" Fabrizia Di Lorenzo, 31, is among the 12 people who perished when a truck plowed through the Christmas market on Monday.

Relatives had gone to Berlin earlier this week for DNA testing to help identification processes for the woman, who had worked and lived in Berlin for several years.

Relatives have said Di Lorenzo was shopping for presents to bring for Christmas at her home town of Sulmona, in Italy's Apennine Mountains.

The Berlin Christmas market that was attacked has reopened to the public three days after a deadly truck attack killed 12 people and injured 48. Concrete blocks have been put in place at the roadside to heighten security.

Organizers decided to reopen the market next to the central Kaiser Wilhelm Memorial Church, though without party music or bright lighting.

Berliners and visitors have laid candles and flowers at the site in tribute.

A brother of the fugitive Tunisian suspected in Berlin's deadly Christmas market attack is urging Anis Amri to turn himself in to police.

Amri's family members, speaking from his hometown of Oueslatia in central Tunisia, were shaken to learn he's the prime suspect in Monday's truck attack, which killed 12.

Amri, who turned 24 on Thursday, left Tunisia years ago for Europe but had been in regular contact with his brothers via Facebook and phone.

Brother Abdelkader Amri told The Associated Press "Whether he did this or not, I ask him to report to the police."

Another brother, Walid, said Anis may have been radicalized in prison in Italy, where he went after leaving Tunisia in the wake of the Arab Spring uprisings.

— This item corrects the direct quote to Abdelkader Amri, not Walid.

Israel's Foreign Ministry says an Israeli woman has been identified as one of the victims of the Berlin Christmas market attack.

The couple, in their 60s, are from the central Israeli city of Herzliya.

Moshe Egoz, a longtime friend, described Dalia as a "good soul." He told Israeli Army Radio "they loved to travel, especially around Christmas time." He said he was following their trip to Berlin through her posts on Facebook.

Authorities across Europe are scrambling to find a Tunisian man wanted as a suspect in Monday's attack on a Christmas market in Berlin.

The search prompted police in Denmark to search a Sweden-bound ferry in the port of Grenaa after receiving tips that someone resembling suspect Anis Amri had been seen there. But police said Thursday they found nothing indicating his presence.

German authorities issued a wanted notice for Amri on Wednesday and offered a reward of up to 100,000 euros ($104,000) for information leading to his arrest.

German officials had deemed Amri, who arrived in the country last year, a potential threat long before the attack. They had been trying to deport him after his asylum application was rejected, and politicians are bickering over what consequences should be drawn.