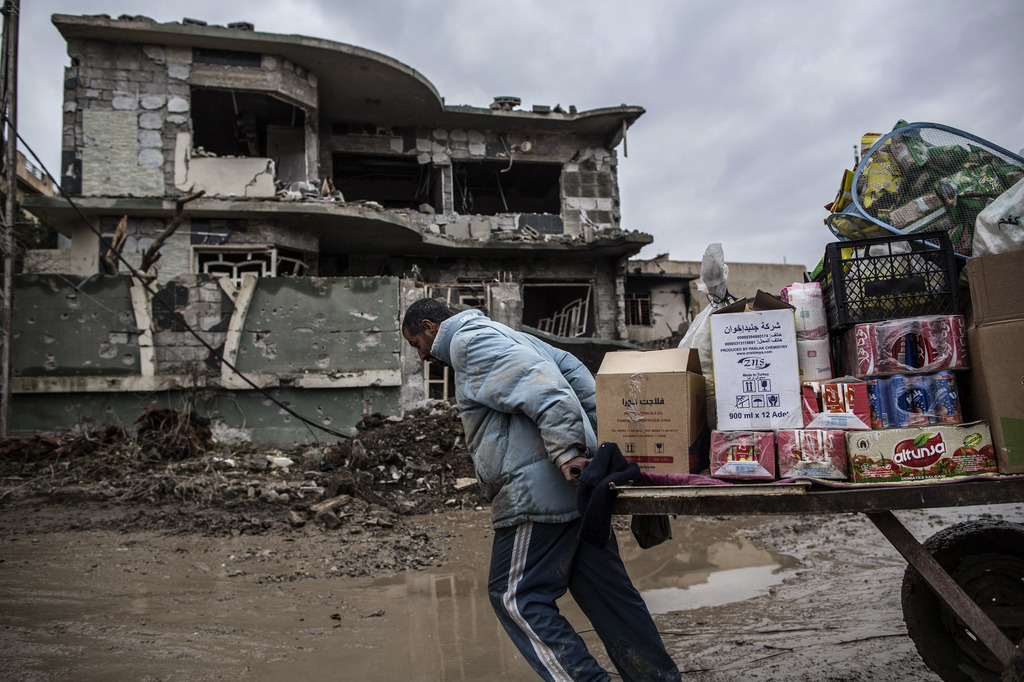 BAGHDAD (AP) — Islamic State militants in Mosul are deliberately targeting civilians who refuse to join them as they retreat ahead of advancing Iraqi forces involved in a large-scale government operation to retake the militant-held city, an international watchdog said on Wednesday.

The statement from Human Rights Watch also said that Mosul civilians were increasingly being caught in the crossfire, with at least 19 killed and dozens wounded in the period from the third week of November into the first week of December.

The New York-based group said the fatalities incurred from IS mortar or sniper fire, car bombs, roadside bombings and direct attacks, as well as in airstrikes by the Iraqi forces and the U.S.-led coalition. The findings were based on interviews with more than 50 residents who had fled eastern Mosul, HRW said.

It cited instances of IS militants telling residents that those who stay behind are "unbelievers" and therefore valid targets beside the Iraqi and coalition forces. HRW warned that targeting civilians or using them as human shields is a war crime, and appealed on both sides to spare civilians.

"Civilians are being hit from all sides in Mosul," said Lama Fakih, deputy Middle East director at HRW, adding that Islamic State group's "atrocities do not absolve Iraqi forces and the international coalition from doing their utmost to protect civilians."

The Iraqi military launched a massive operation in October to retake Mosul, the country's second largest city and the extremist group's last major urban bastion in Iraq. The troops' advances slowed once they pushed into more densely populated areas.

IS captured Mosul in the summer of 2014 as part of a blitz that placed nearly a third of Iraq under their control. Since last year, IS has lost swath areas in western and northern Iraq.