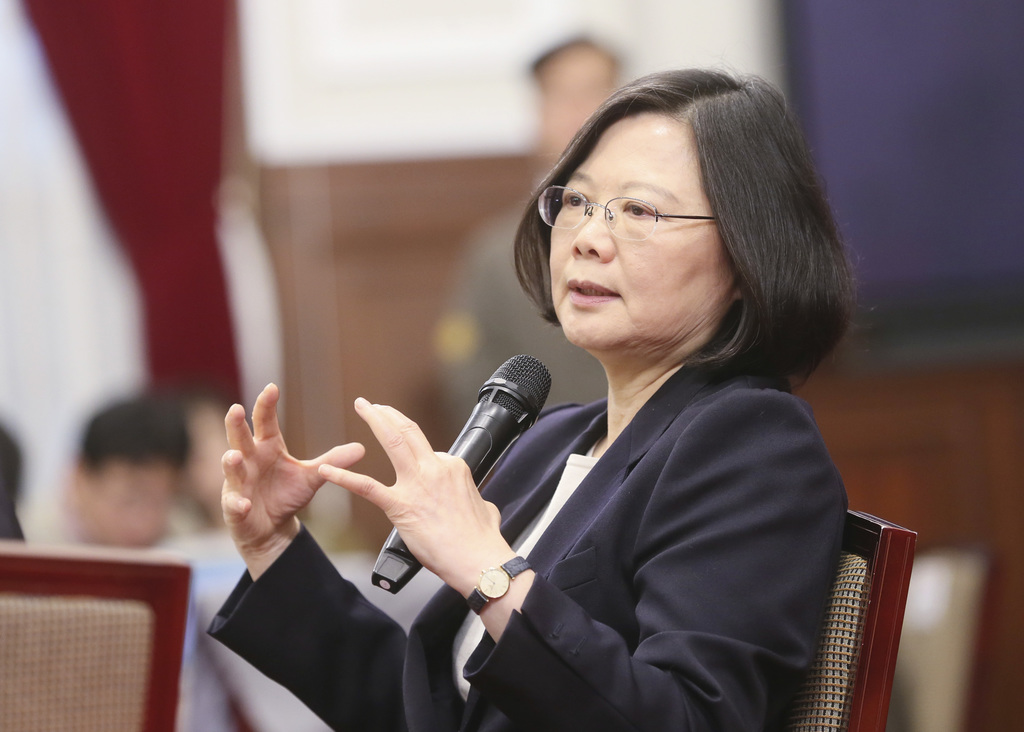 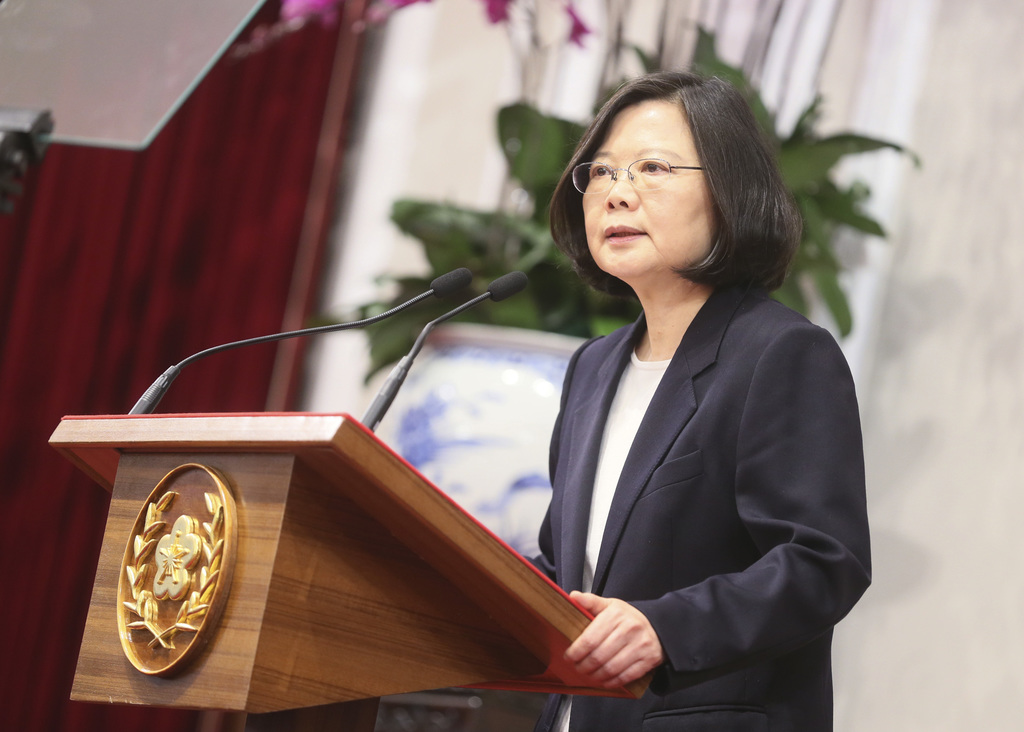 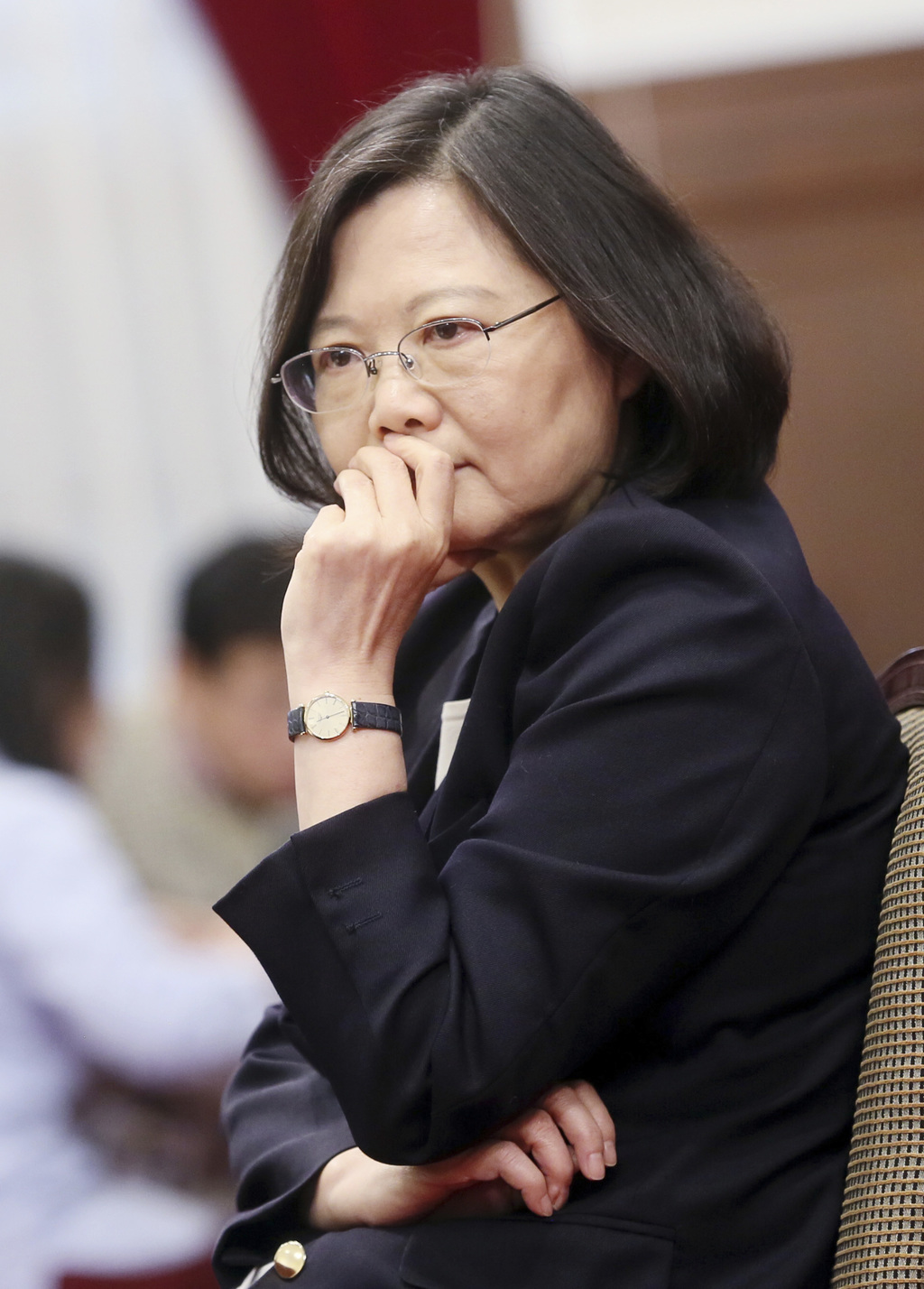 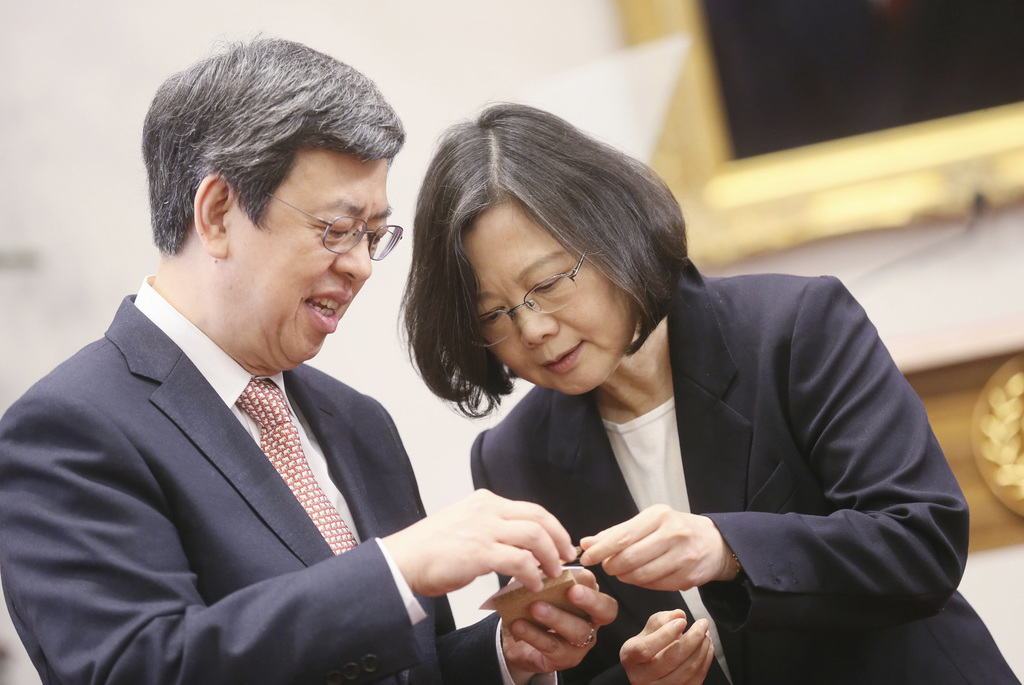 TAIPEI, Taiwan (AP) — Taiwan's leader on Saturday urged China to engage in "calm and rational" dialogue to maintain peace, vowing not to give in to Beijing's recent moves to "threaten and intimidate" the self-ruled island.

"As long as we can be calm, rational, and maintain a flexible attitude, I believe we should be able to find a solution that allows both sides to maintain peaceful and stable relations," President Tsai Ing-wen said in a year-end news conference.

Tensions have grown since China suspended contacts with Tsai's administration in June over her refusal to endorse China's claim that Taiwan and the mainland are part of a single Chinese nation. They were further amplified earlier this month when President-elect Donald Trump broke protocol by speaking with Tsai on the phone and said later he did not feel "bound by a one-China policy."

Earlier this week, China's first aircraft carrier and five other warships held drills that passed by Taiwan and sailed through the contested South China Sea, prompting Taipei to deploy fighter jets to monitor the fleet. China maintains a standing threat to use force to achieve its goal of absorbing Taiwan.

Referring to such recent actions, Tsai said Beijing has been "gradually returning to the old ways of dividing, suppressing and even threatening and intimidating Taiwan. We hope that this is not a policy decision of the Beijing authorities."

"We will not yield to the pressure nor go back to the old ways of confrontation," Tsai told reporters.

Beijing has ratcheted up efforts to diplomatically isolate Taiwan, intervening to prevent the island's participation in international forums and establishing diplomatic relations with former Taiwan allies Gambia and Sao Tome and Principe. The moves have been seen as effectively abandoning the unspoken diplomatic truce that lasted eight years under Tsai's China-friendly predecessor. Meanwhile, the number of Chinese tourists visiting the island has drastically fallen.

Tsai said her administration expected 2017 to bring uncertainties particularly in the first half, noting that the incoming U.S. administration could potentially bring "changes in international affairs."

Trump advisers have made conflicting statements about whether Trump's call with Tsai signaled a new policy toward China but some analysts read it and other remarks critical of China as signals of a willingness to increase ties with Taiwan, which would further anger Beijing.

But such a policy could bring economic advantages for Taiwan's export-dependent half trillion-dollar economy, long-term access to senior U.S. officials and more sales of advanced U.S. weapons to defend against China.

Tsai's office said Friday she and a delegation of Taiwanese officials will make two stops in the U.S. as part of a visit to diplomatic allies in Central America next month. China has repeatedly urged Washington to prevent Tsai from transiting.