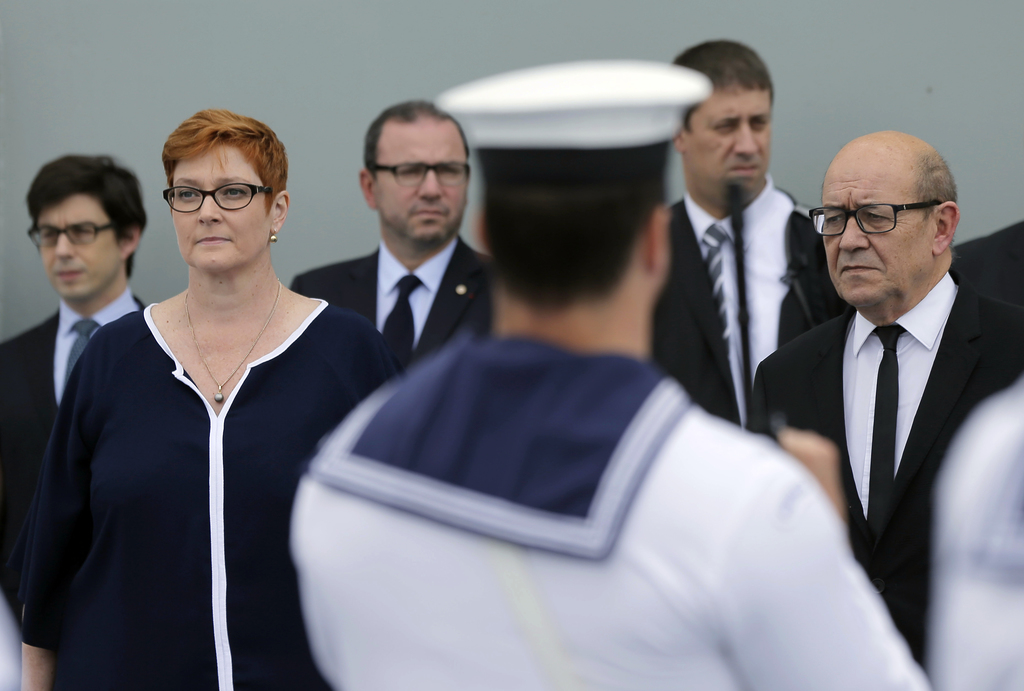 SYDNEY (AP) — Australia and France signed an agreement Tuesday to build the world's largest diesel-electric submarines in the Australian industrial town of Adelaide.

A workforce of 2,800 people will begin building the first sub in an Adelaide shipyard in 2022.

"Security is uncertain around the world and that is why we are re-equipping our navy and our defense forces," Turnbull told reporters.

France beat German and Japanese rivals to secure the Australian contract in April.

France offered the Australians a diesel-electric version of the Barracuda-class nuclear submarine under construction for the French navy. Japan proposed a longer version of its Soryu-class diesel-powered propulsion system with advanced stealth capabilities.

Germany, which had publicly offered to build the entire fleet in Adelaide for AU$20 billion — less than half the navy's expected cost — offered a larger variation of its Type 214 submarine made for Australian specifications called a Type 216. It promoted as its edge over competitors its partnership with German engineering firm Siemens which would have provided the submarines' software and promised to create a digital shipbuilding center in Adelaide.

The French bid offered the same pump jet propulsion that gave its nuclear submarines their advanced stealth capacity. Other diesel-electric submarines are too small to be fitted with the same stern-heavy technology.

Australia already has one of the world's largest conventional submarines, the Australia-built Collins class, and the navy insisted that its replacement at least match its range of 12,000 nautical miles (22,000 kilometers). At 3,100 metric tons (3,400 U.S. tons) and 77 meters (253 feet long), the Collins will be dwarfed by the next-generation Shortfin Barracuda.