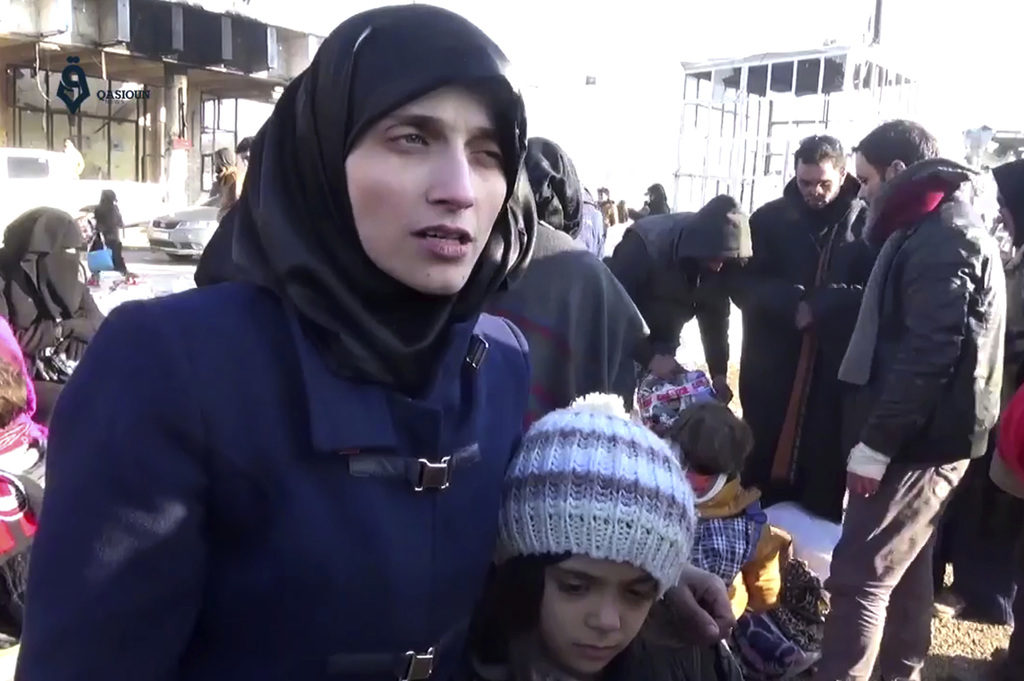 BEIRUT (AP) — A Syrian girl from eastern Aleppo whose tweets from the war zone captivated world attention was evacuated to safety Monday, part of an evacuation deal that saw the remaining residents of the former rebel enclave head to other parts of the country.

"I escaped from East #Aleppo," she tweeted after arriving in Rashidin, an area west of Aleppo, after she and her mother were evacuated from the war-torn east of the city.

Seven-year-old Bana Alabed's mother Fatemah set up and began operating the account in September, tweeting on her daughter's behalf, they documented the horrors of living through the government's assault on eastern Aleppo, which destroyed much of the city. Their account eventually garnered some 334,000 followers.

Speaking to the opposition-run Qasioun News Agency Monday, Fatemah, said she was glad to have finally reached safety but expressed regret that she was forced out of her home city, and said she did not want to become a refugee.

An English teacher, Fatema said she created the Twitter account to tell the world about the suffering of children and all residents of rebel-held eastern Aleppo.

"We are happy because our voice reached to all the world," she said, flanked by little Bana, who wore a wool white and mauve-striped cap on her head. "I want for my kids a good future."

Bana's Twitter account became a hit during the siege and bombardment of Aleppo, sending out messages of distress that moved her many followers. She recorded and tweeted video messages from Bana to the world and photos of the long-haired child, sometimes using Periscope. She sent out messages to Barack Obama, Hillary Clinton and Harry Potter author J.K. Rowling. Often, the messages were signed by Fatemah.

In December, she sent out a harrowing message and disappeared for two days, leading to much speculation about the girl's fate.

"We are sure the army is capturing us now. We will see each other another day dear world. Bye.- Fatemah #Aleppo"

And in her last message on Sunday before evacuating, Fatemah tweeted to the Turkish leadership to "make this ceasefire work & and get us out now. We are so tired."

Fatemah on Monday said she hoped she and Bana can return to Aleppo soon.