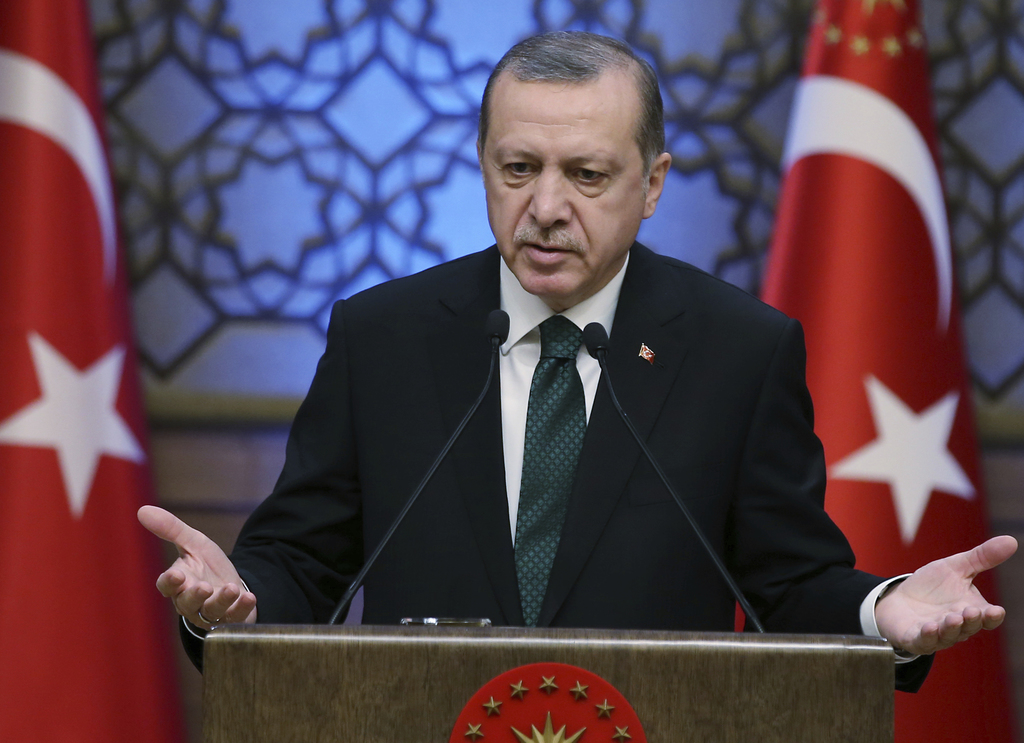 ANKARA, Turkey (AP) — The Turkish government on Thursday dismissed Washington's denials that it has provided weapons to a Syrian Kurdish militia force, which Turkey considers to be a terrorist group.

It also complained about a lack of support from the U.S.-led coalition to its offensive against the Islamic State group in northern Syria.

Differences over the U.S.-backed Syrian Kurdish forces in Syria are driving a wedge between Turkey and its NATO ally, the United States. Turkey views the People's Protection Units, or YPG, as a terrorist organization because of their links to Turkey's outlawed Kurdistan Workers' Party, or PKK. It accuses the group of involvement in a series a bomb attacks in Turkey carried out by Kurdish militants — charges the YPG rejects.

The U.S. does not consider the YPG or its political wing to be terrorists and has backed the Syrian Kurdish groups, arguing that they are the most effective force against IS.

In an interview with A Haber news channel Thursday, Foreign Minister Mevlut Cavusoglu said: "The United States has provided arms to the YPG — period."

He was responding to a statement issued by the U.S. Embassy a day earlier that said the U.S. had not "provided weapons or explosives to the YPG or the PKK — period."

"They know as well as we know that the United States provides arms to the YPG because they are fighting (IS)," Cavusoglu said. "We have documents to prove it, and the whole world is aware."

Cavusoglu said the U.S.-led anti-IS coalition had stopped providing air cover for Turkish troops and Turkey-backed Syrian opposition forces in Syria. He blamed that on alleged pressure by the Syrian Kurdish groups on the United States.

"The YPG is exerting pressure on America," he said.

Turkey sent troops into northern Syria in August to clear a border area of IS militants and to thwart the Syrian Kurdish groups' territorial advances.

Addressing a scientific awards ceremony in Ankara, President Recep Tayyip Erdogan also rebuffed the U.S. denials and called on Washington to side with its ally.

"We are with you in NATO but despite this, you give support to separatist terror organizations and not to us," Erdogan said. "This is not something we can accept."

"In our operation in al-Bab, we are not seeing the slightest support from NATO or from our allies who have forces in the region," Erdogan added, in reference to a northern Syrian town that Turkish troops are fighting to retake from the IS group.