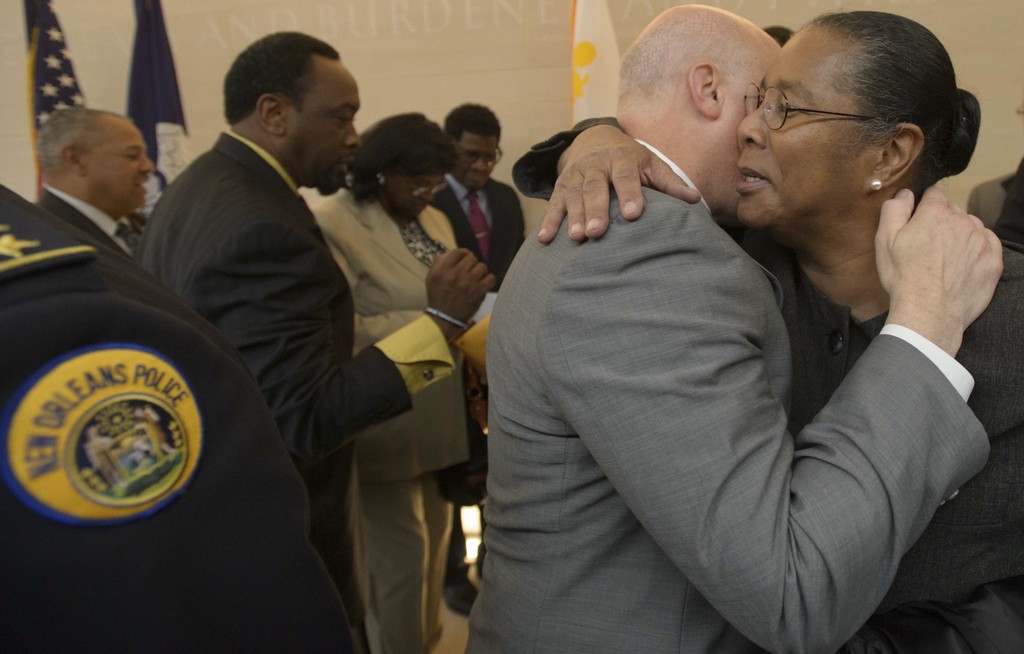 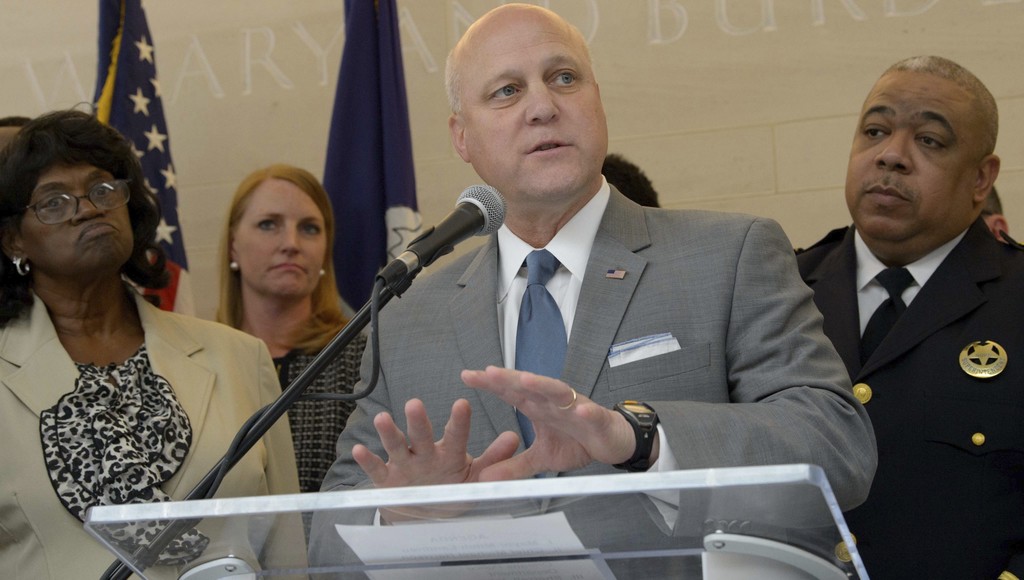 NEW ORLEANS (AP) — New Orleans' mayor said a dark chapter in the city's history has closed with settlements totaling $13.3 million for relatives of four men killed by police around the time of Hurricane Katrina.

"We are here to proclaim from the highest mountaintop that the City of New Orleans ... can transform itself from a city of violence into a city of peace," Mayor Mitch Landrieu said at a Monday news conference after a private prayer service with victims' relatives and local officials.

He called the prayer service a way for the city to say publicly "how intensely sorry I am" that "these individuals were looking for people to protect and serve, and they got the exact opposite."

Landrieu said the settlements with 17 plaintiffs end all civil lawsuits involving the killings. The City Council was "very strong in support" of the settlements, which will be paid out over two years, and approved bond sales to cover them, he said.

Sherrel Johnson, the mother of 17-year-old James Brissette, who died in the Sept. 4, 2005, shootings on the Danziger Bridge, was among the victims' relatives on hand for Landrieu's announcement. She said she "wholeheartedly" accepts his apology.

"Since that time, it has been an awful long and rough road. But me and my family got through it," she said. Later, she added, "Now this is closure for me, and I can go forward ... because I know the old New Orleans does not exist anymore."

Because criminal cases had to be dealt with first, the lawsuits have taken more than a decade to settle, Landrieu said.

A total of 20 current or former New Orleans police officers were charged in a series of Justice Department civil rights investigations after the August 2005 storm. All but one of the cases centered on alleged police misconduct during the chaos that gripped the flooded city.

Eleven officers pleaded guilty to charges related to deadly shootings on a bridge less than a week after Katrina's landfall. Officers shot and killed two unarmed people and wounded four others on the Danziger Bridge before engaging in a cover-up that included a planted gun, fabricated witnesses and falsified reports.

Another brother, Dr. Romell Madison, thanked the mayor and police chief for reforms since the storm.

A federal judge who presided over a trial for five of the officers charged in the bridge shootings threw out their convictions in 2013. U.S. District Judge Kurt Engelhardt said at least three government attorneys posted anonymous comments on a New Orleans newspaper's website, creating a "carnival atmosphere" that "distorted and perverted" justice in the case.

Engelhardt ordered a new trial for the five officers, who ultimately pleaded guilty in April. Lawsuits over the bridge shootings had been placed on hold while the criminal cases were pending.

Five other officers were tried on charges related to the death of 31-year-old Henry Glover, who was fatally shot outside a strip mall before his body was burned.

Former Officer Gregory McRae, who burned Glover's body in a car, is the only officer whose conviction in the case still stands. McRae is serving a prison sentence of more than 11 years.

The officer who fatally shot Glover was convicted of manslaughter but was later acquitted by another jury after an appeals court awarded him a new trial.

Two former New Orleans police officers were convicted of charges stemming from the fatal beating of Raymond Robair, a 48-year-old handyman who died less than a month before Katrina struck.

Former training Officer Melvin Williams was sentenced to more than 21 years in prison for kicking Robair, beating him with a baton and telling doctors he was suffering from a drug overdose. Matthew Dean Moore, the recruit Williams was training at the time of the beating, was sentenced to more than five years in prison for submitting a false report and lying to the FBI about the encounter.

LaShonda Enclade, Robair's daughter, attended the news conference. She said she forgives the city, but forgiving the officers involved is more difficult.

"The word 'forgive' is a very, very, hard word. ... I'm not going to say I can ever forgive them. It's something to be worked on," she said.

This story has been corrected to fix the spelling of Dr. Romell Madison's first name from "Ronell" in the 11th paragraph.