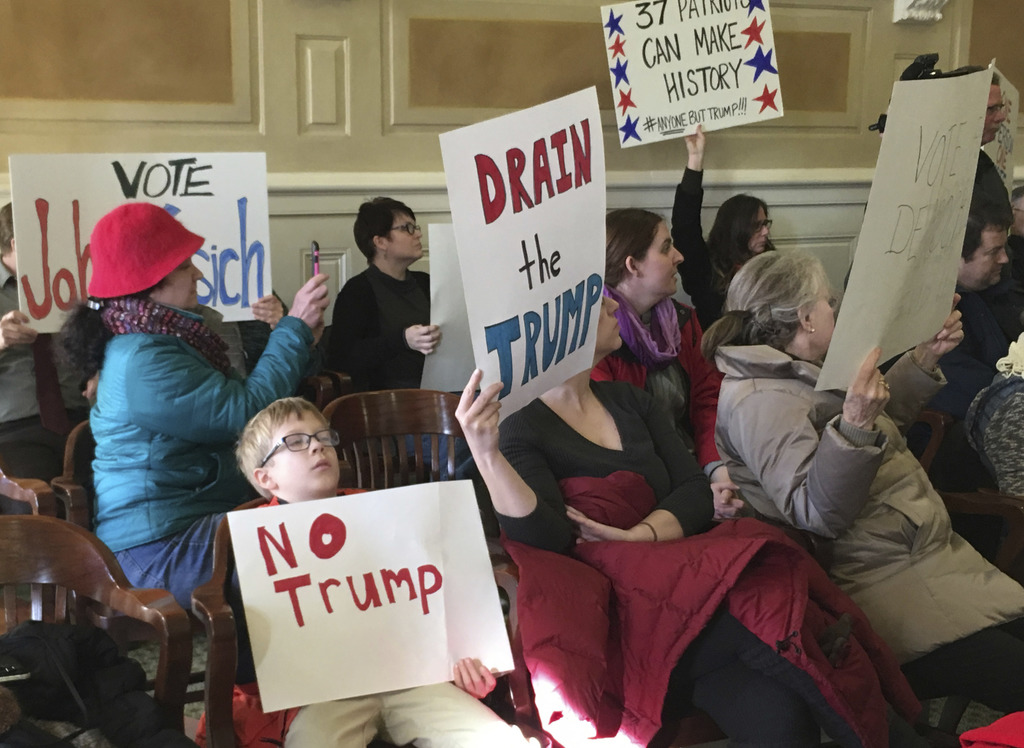 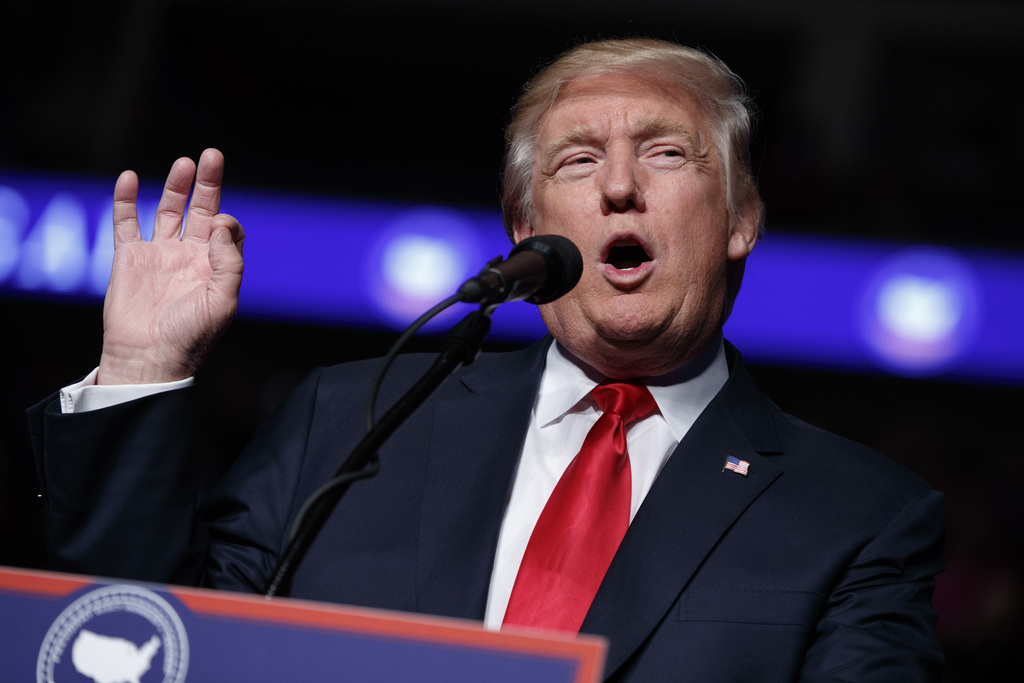 PALM BEACH, Fla. (AP) — On the day that his election victory became official, Donald Trump on Monday experienced what life will be like as president as he condemned separate deadly incidents against a Russian diplomat and shoppers at a German Christmas market, blaming Islamic terrorism in both instances.

He offered no support for his claim that terrorists were responsible for the carnage.

Authorities in Turkey and Germany were still investigating when Trump issued back-to-back statements condemning the incidents, although the White House earlier had said that what happened in central Berlin when a trucked rammed a holiday crowd "appears to be a terrorist attack."

Trump called the brazen, daytime shooting of Russia's ambassador to Turkey as he attended a photo exhibit "a violation of all rules of civilized order." He added that the diplomat, Andrei Karlov, was assassinated by a "radical Islamic terrorist."

Turkish authorities said the gunman, who was identified as Mevlut Mert Altintas, a member of Ankara's riot police squad, was later killed in a shootout with police. Altintas shouted in Turkish about the Syrian city of Aleppo and also yelled "Allahu akbar," the Arabic phrase for "God is great."

In the Berlin incident, in which at least 12 people were killed, Trump said the Islamic State group "and other Islamist terrorists continually slaughter Christians in their communities and places of worship as part of their global jihad."

He added that these terrorists and their regional and worldwide networks "must be eradicated from the face of the earth" and pledged to carry out that mission with "all freedom-loving partners."

Trump's transition team did not immediately respond to requests to state the sources for his claims of terrorist involvement.

He later tweeted: "Today there were terror attacks in Turkey, Switzerland and Germany — and it is only getting worse. The civilized world must change thinking!"

In Zurich, police said three people were wounded when a gunman dressed in black opened fire in the prayer hall of a mosque frequented by Somali immigrants.

Trump vowed during the presidential campaign to go after the Islamic State group, but repeatedly declined to describe his plan for the public.

His statements came at the end of a busy day, after the president-elect had announced his candidate for secretary of the Army, held a round of transition meetings and was formally elected president by the Electoral College, clearing the way for his Jan. 20 inauguration.

Trump's choice of Army veteran and fellow New Yorker Vincent Viola to be his Army secretary will put another billionaire in leading role in the new administration.

In a separate written statement, Trump praised Viola, the son of Italian immigrants, as "living proof of the American dream" and someone who has a lengthy history of involvement with national security issues. Senate confirmation is required.

Viola was the first member of his family to attend college. He was trained as an Airborne Ranger infantry officer and served in the 101st Airborne Division. A lawyer, he started multiple businesses and bought the Florida Panthers hockey team for $250 million in 2013.

Trump announced Viola from his Mar-a-Lago estate in Florida, where he was spending the run-up to Christmas with his family and working on the transition. It also came as electors in all 50 states formally elected Trump as the 45th president.

"With this historic step we can look forward to the bright future ahead," he said in a statement in which he pledged anew that after the divisive campaign he will "work hard to unit our country and be the president of all Americans."

More open posts remain. Trump also met Monday with Thad Allen, the retired Coast Guard commandant who oversaw the federal response to Hurricanes Katrina and Rita in 2005; R. Donahue Peebles, board chairman of the Congressional Black Caucus Foundation, and founder and CEO of a real estate development company named for him; and J. Christopher Reyes, co-chairman of Reyes Holdings, a Chicago-based beer and food distributor.

Trump also had dinner Saturday at the Florida estate with Mexican billionaire Carlos Slim, a surprising development given Trump's harsh criticism of Slim during the presidential election. Slim is a major investor in The New York Times, a frequent target of Trump's potshots on social media.

Neither did Slim spare Trump, who has criticized Mexicans and vowed to build a wall between the U.S. and Mexico to stop illegal immigration.

Trump spokeswoman Hope Hicks confirmed the dinner, which was first reported by The Washington Post. People briefed on the conversation said it was arranged to open a friendly line of communication between the businessmen. A spokesman for Slim, Arturo Elias Ayub, tweeted that the dinner was "upbeat about Mexico and Mexicans."

The dinner was brokered by former Trump campaign manager Corey Lewandowski, who remains close to the president-elect, after Lewandowski quietly visited Slim in Mexico City earlier this month.

Trump was expected to hold additional transition meetings on Tuesday and Wednesday in Florida.