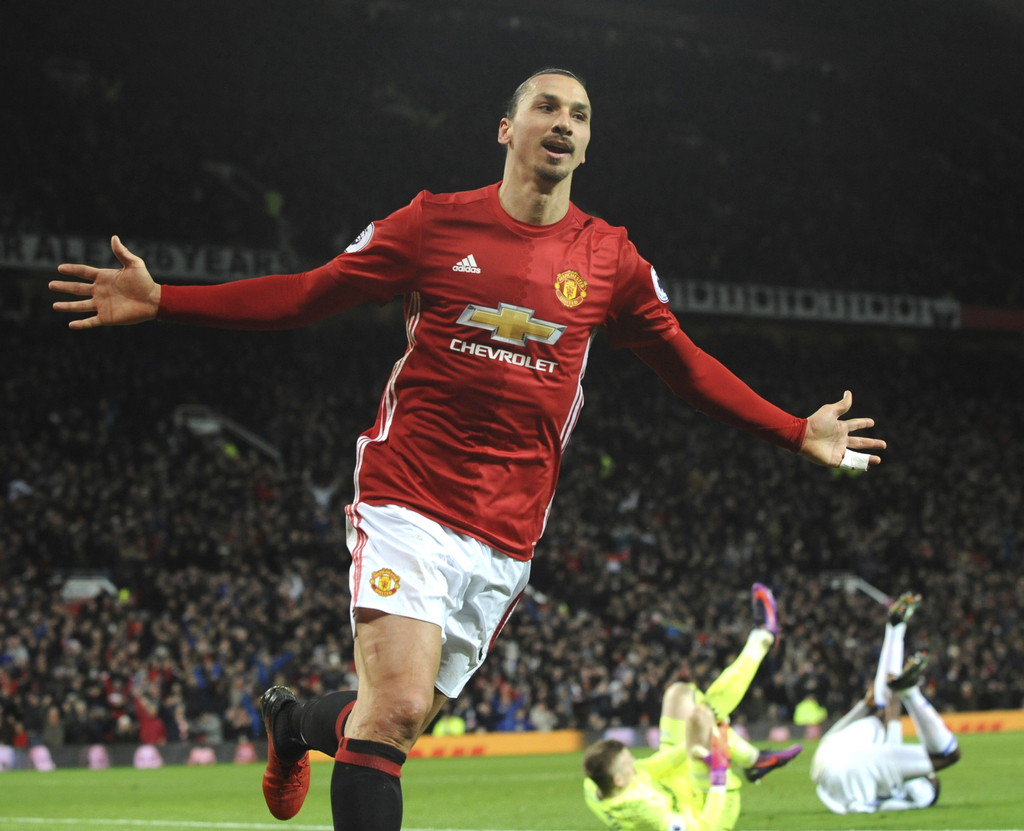 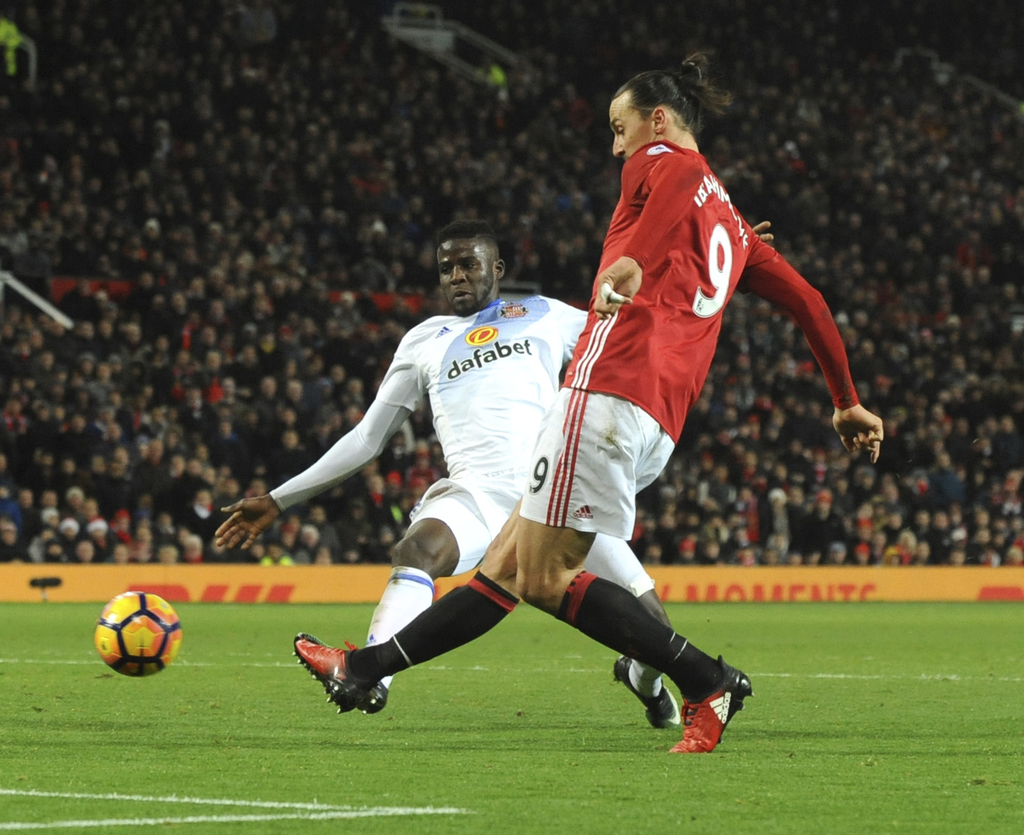 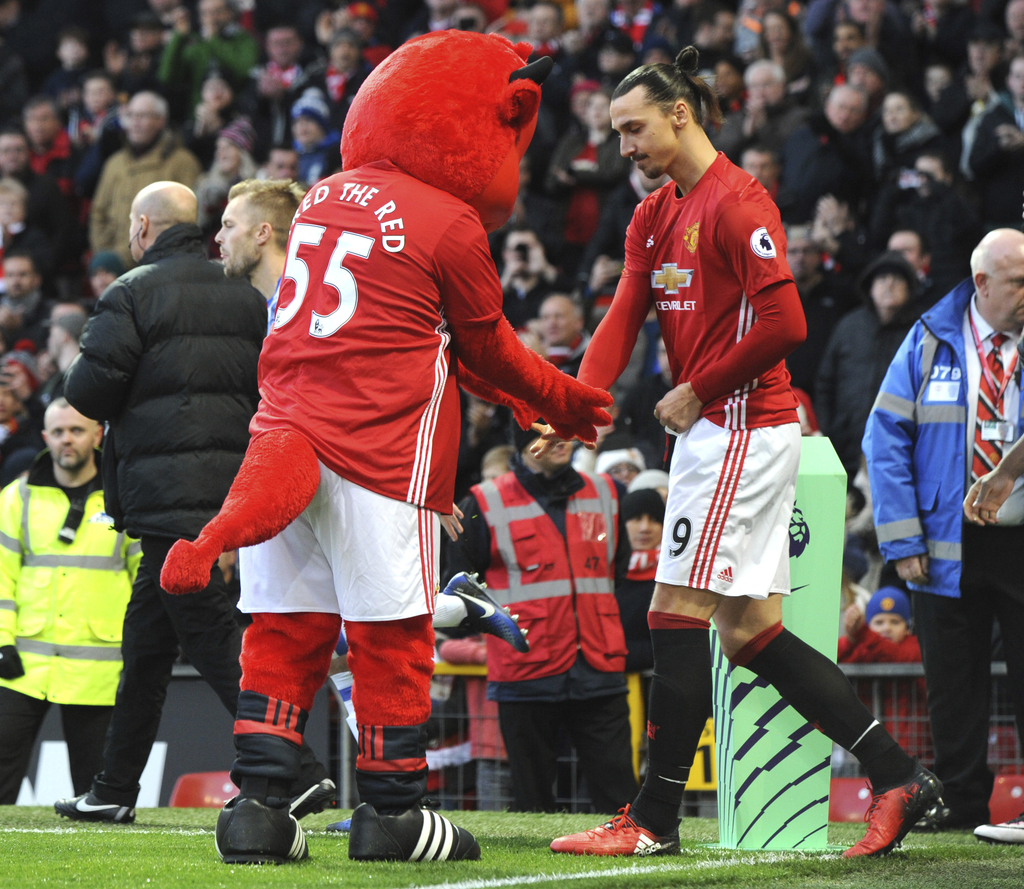 MANCHESTER, England (AP) — Zlatan Ibrahimovic was weeks away from joining Manchester United when he was asked if, at 34, he could still cut it in what is widely regarded as the world's most grueling league.

"Age is just a number," Ibrahimovic said, calmly. "I'm not worried at all."

The English Premier League is discovering this was not just bluster and bravado from a player with seemingly limitless amounts of self-confidence.

At a time when games are coming thick and fast in the English season, Ibrahimovic is proving to be a standard-bearer in keeping fit and staying healthy. And, of course, scoring goals, the most crucial aspect of his job.

Now 35, Ibrahimovic has played in 17 of United's 18 league games this season, starting and finishing all of them. The only game he missed was against Arsenal on Nov. 19, because of suspension.

He has featured in 26 games in all competitions this season, more than any other United player. He's not just being preserved for the Premier League, either — he's started twice in the English League Cup and four times in the Europa League.

There are harder-working attackers than Ibrahimovic — he wouldn't likely fit in the high-energy forward lines of Liverpool or Chelsea, for example — and he picks and chooses his moments to produce bursts of energy, sometimes making him appear uninterested during games. But the stats are impressive nonetheless for a man who uses game intelligence, and the work-rate of younger players around him, to play the often-thankless task of a lone striker.

He is yet to sustain an injury of note at United, testament to his work with his personal physiotherapist, the fact he is retired from international football with Sweden, and the physical condition of someone who is a black belt in taekwondo.

"His performance doesn't show how old he is," United midfielder Henrikh Mkhitaryan said.

Ibrahimovic still needs to be scoring goals, though, and he's delivering on that side, too.

His strike in United's 3-1 win over Sunderland on Monday took him to 50 club goals for 2016, which takes in the final part of his time at French champion Paris Saint-Germain, and leaves him second behind Lionel Messi (51) of all players playing in Europe's top five leagues. Seventeen have come in 26 games for United, with 11 in the past 10 games.

Ibrahimovic has already matched the number of goals that Anthony Martial netted last season for United — when Martial was the team's top scorer — and 12 goals in the Premier League puts him one behind its leading scorer, Chelsea's Diego Costa.

One thing is for sure, Ibrahimovic is not treating his first stint in English soccer as some kind of farewell tour for his trophy-laden career, after spells with Malmo, Ajax, Juventus, Inter Milan, Barcelona and AC Milan.

"I am not really surprised because he is a very intelligent guy and he's a very proud man," United manager Jose Mourinho said. "For him to decide to come to a club with the level of expectation of Manchester United and the most difficult league in the world for a striker, it's because he knows that he can do it.

Ibrahimovic signed an initial one-year deal at United, but the club is certain to activate an extension clause that will see him stay for another 12 months.

"It is activated in his brain and it is activated also in my decisions, the owners' and the board's," Mourinho said. "So no problem."

Ibrahimovic is the hottest striker in the Premier League at present, and could yet outstrip Messi's haul for the calendar year in Saturday's home match against Middlesbrough.

Managers around the country will be resting and rotating players to manage workload over the busy festive period.

Don't, though, expect to see Mourinho giving Ibrahimovic a break.