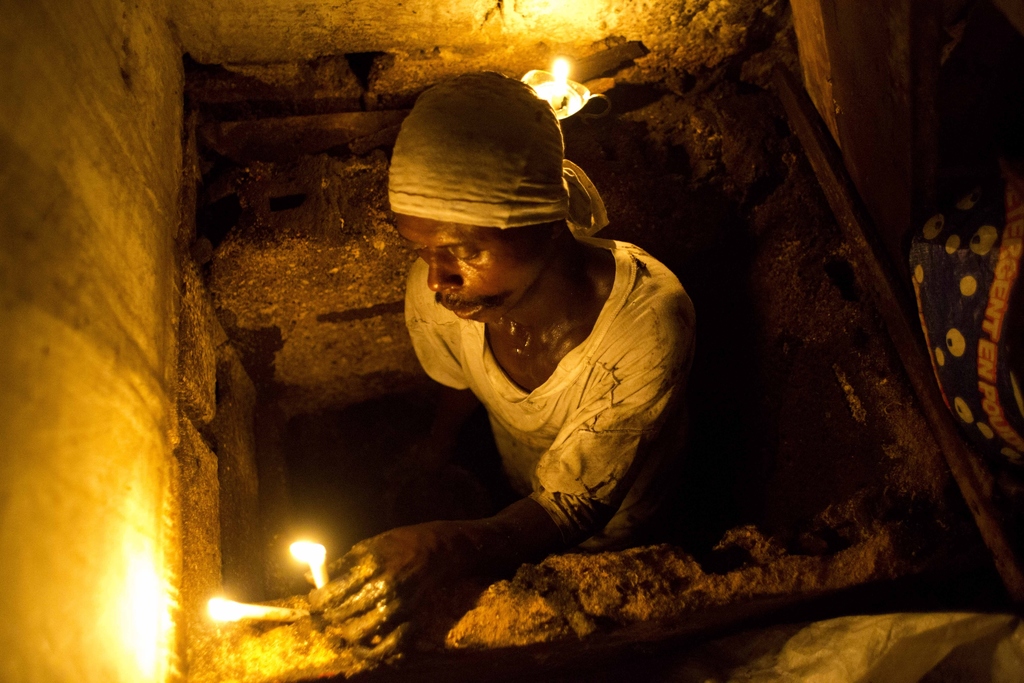 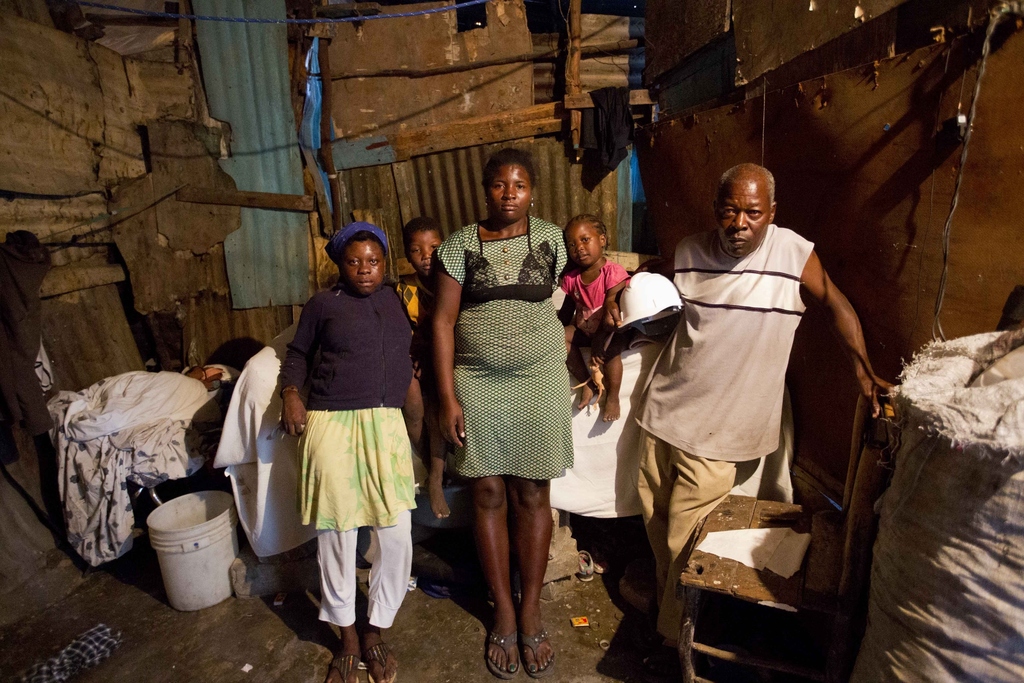 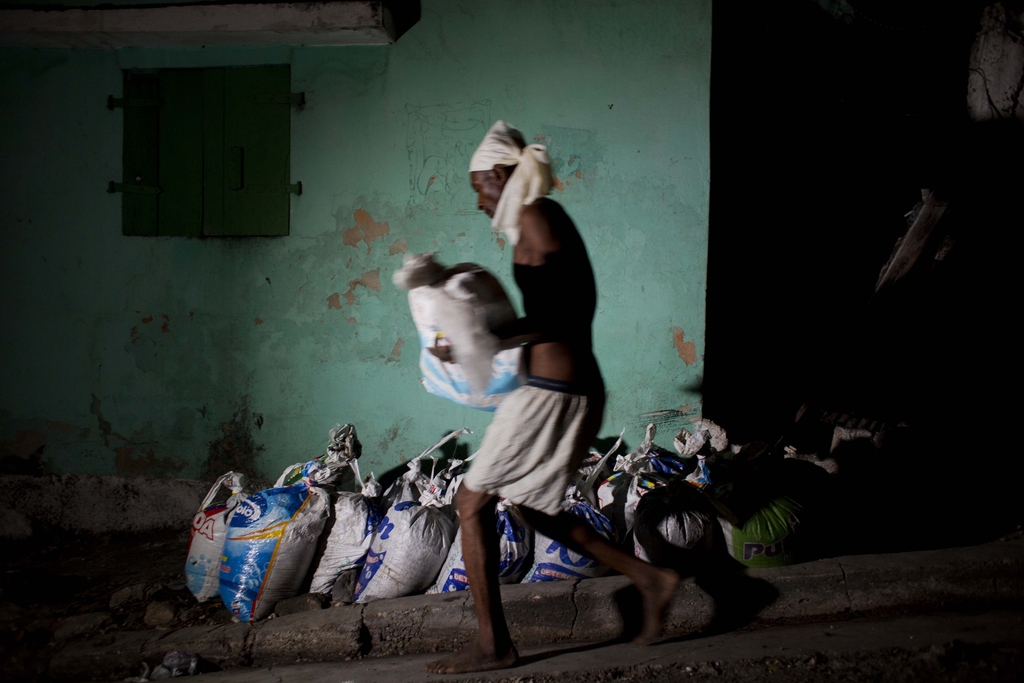 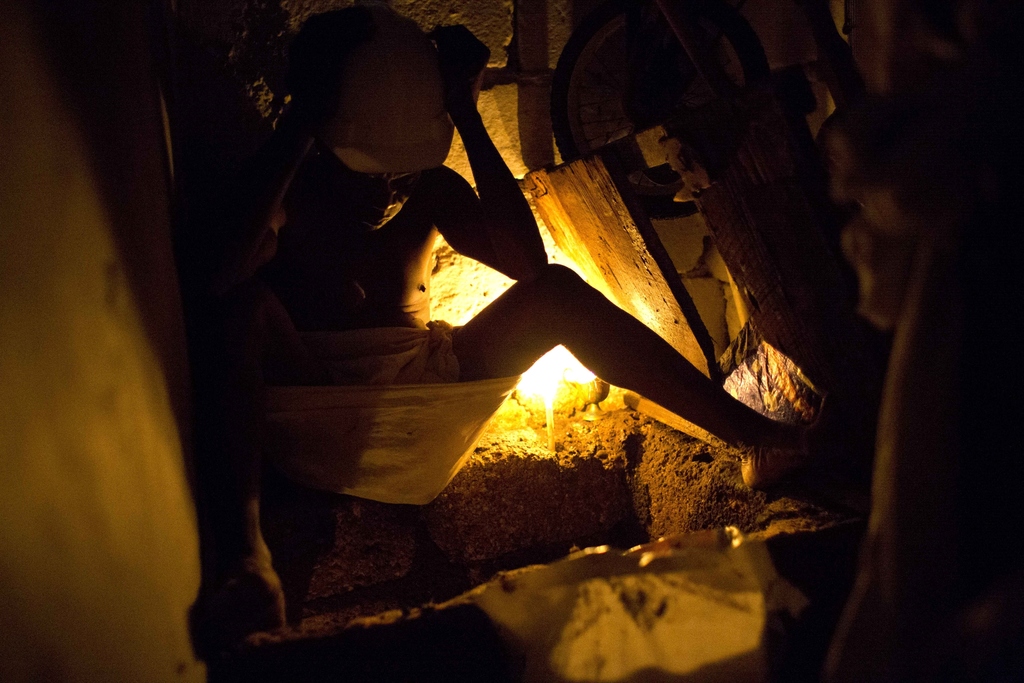 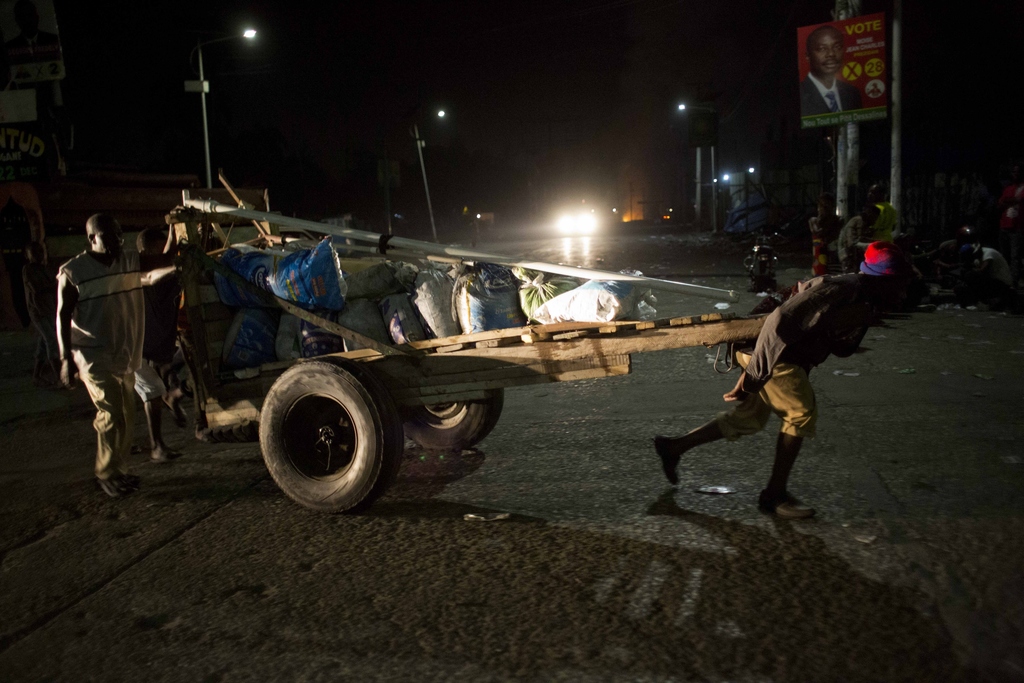 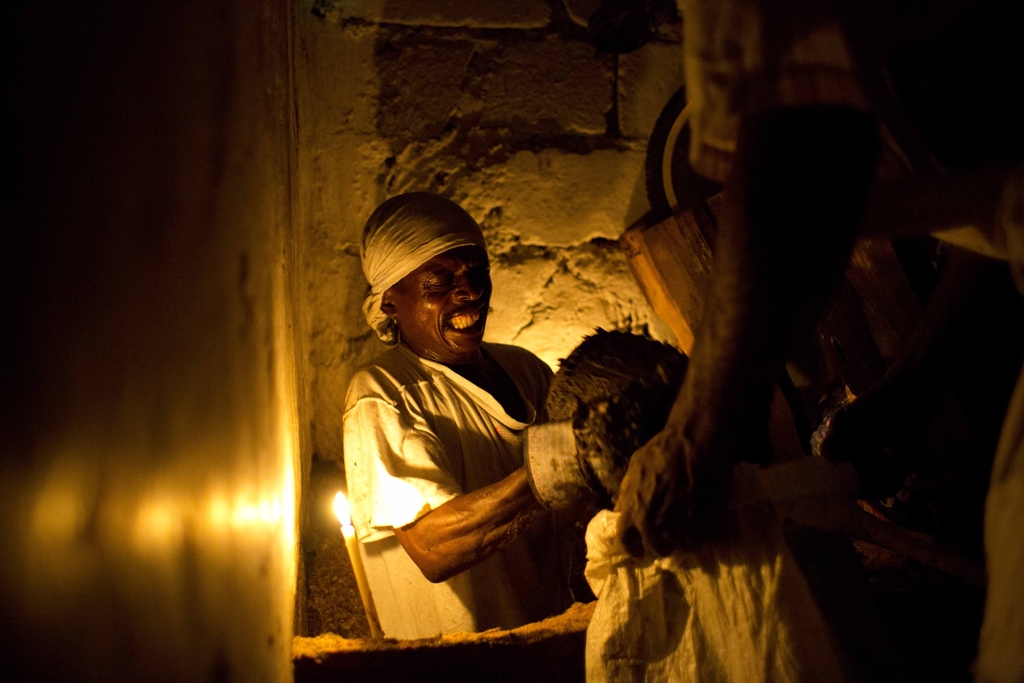 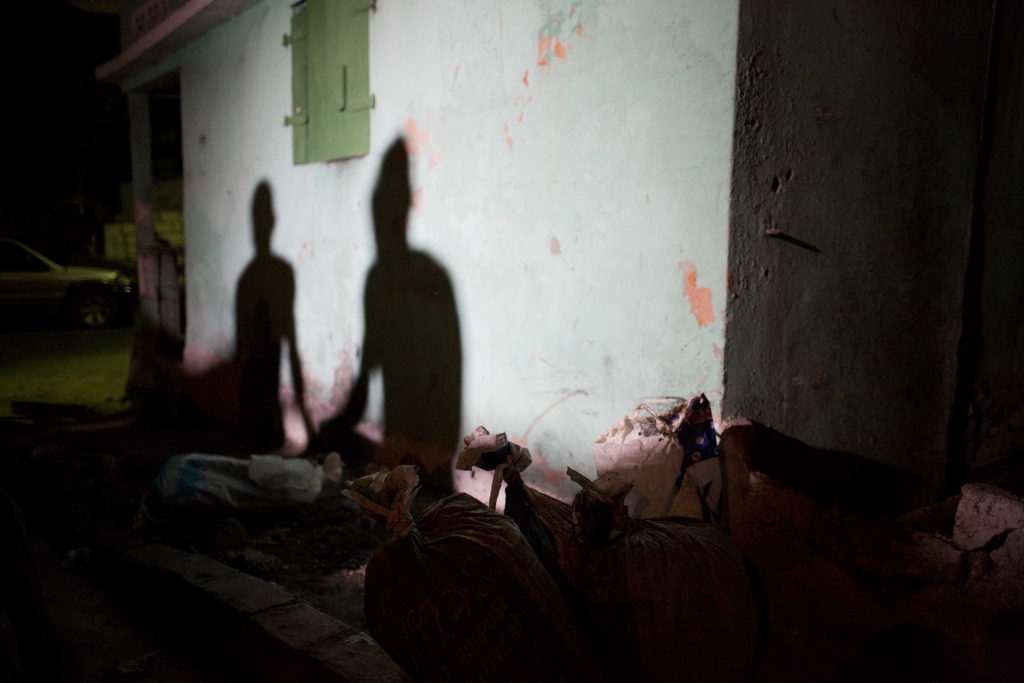 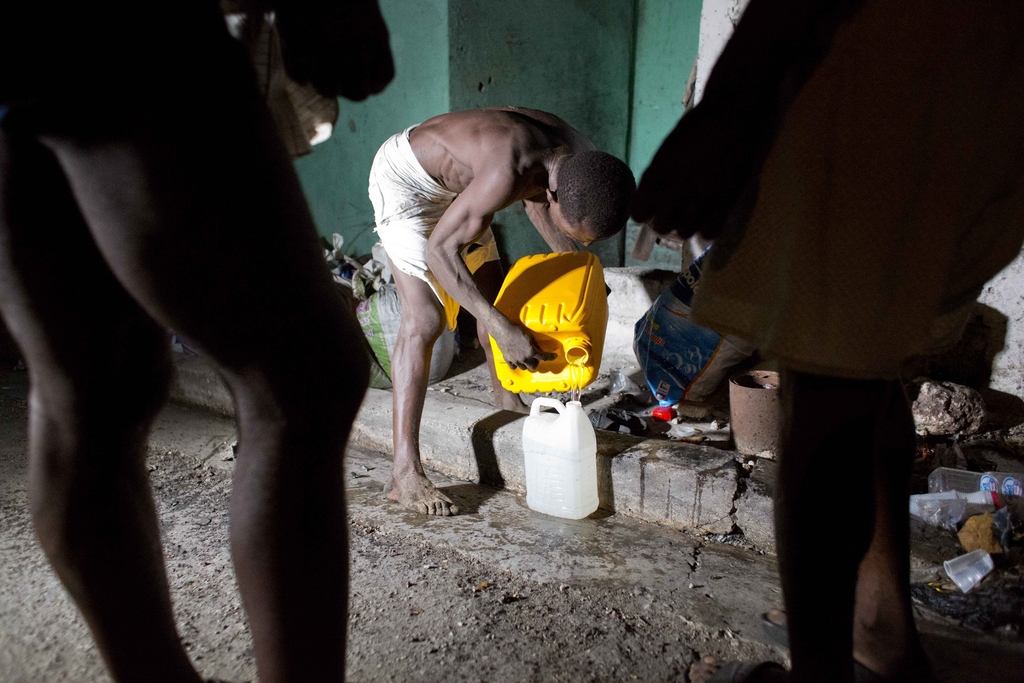 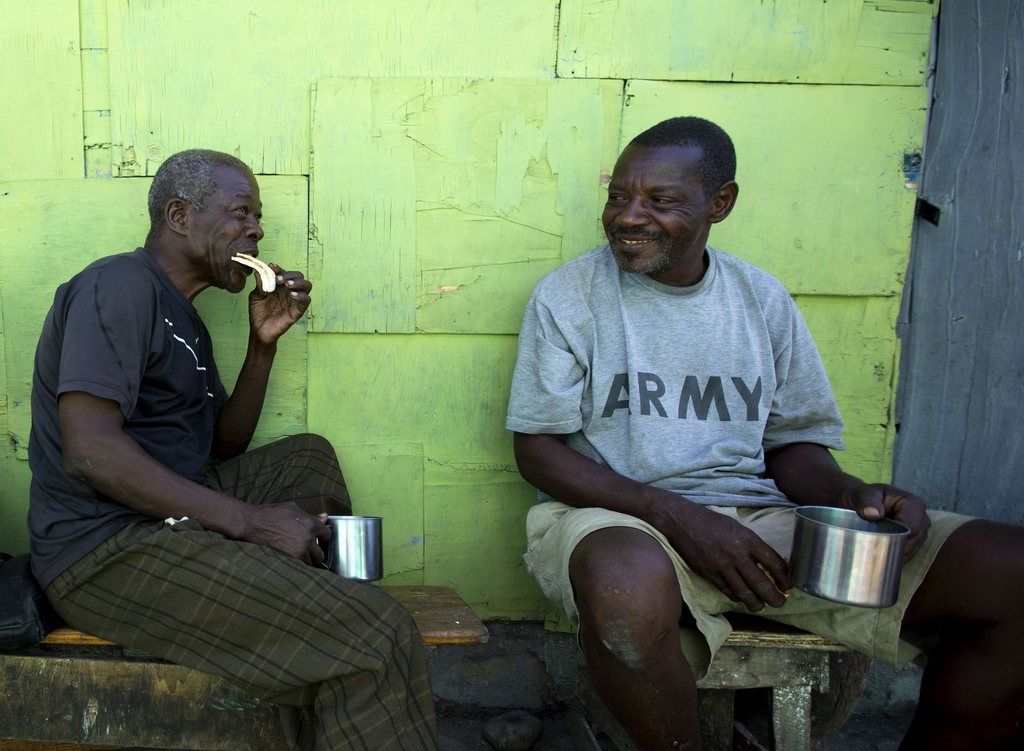 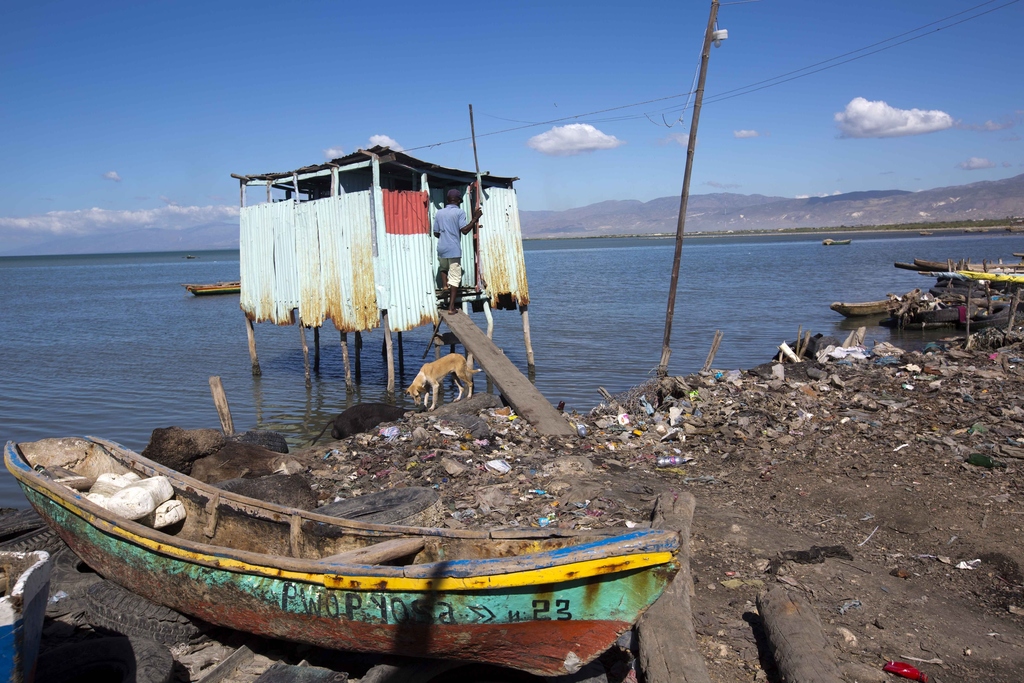 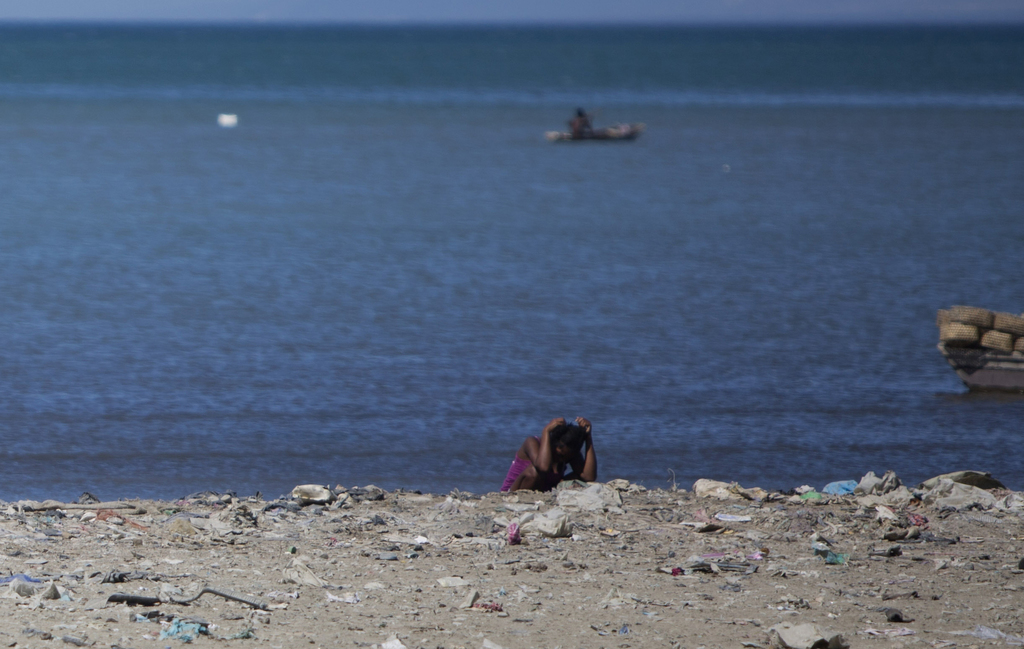 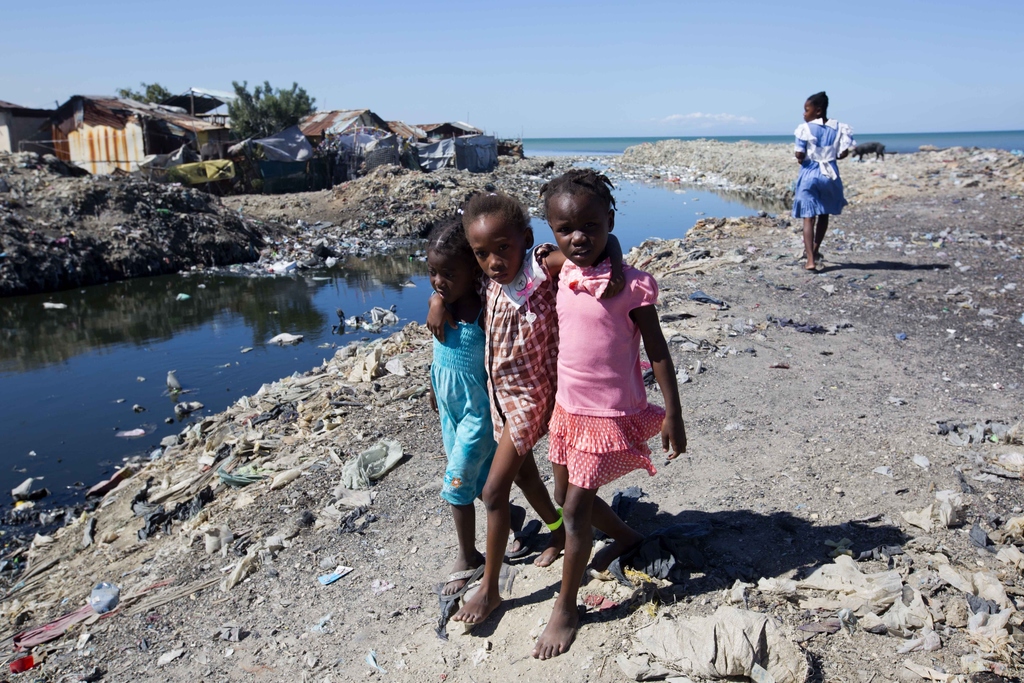 PORT-AU-PRINCE, Haiti (AP) — The men strip off their clothes, wrap themselves in rags and plug their nostrils with tobacco to hide the stench. They squeeze into a cramped outhouse with a reeking pit to scoop buckets of human excrement with their bare hands.

It's just another night's work for this four-man team of "bayakou" — the Haitian waste cleaners who take to the streets at night doing a miserable, indispensable job that creates such social scorn that few admit they do it at all.

"The hardest part is going into the pit. You have to get used to it," says crew boss Auguste Augustin as his shoeless team worked by candlelight, filling sacks with human waste to be loaded into a wheelbarrow and dumped before sunrise.

The pit latrine cleaners form the lowest ranks of a primitive sanitation system that is largely responsible for the fierce persistence of cholera in this country since it was introduced to the country's largest river in October 2010 by sewage from a base of U.N. peacekeepers. Haiti still relies mostly on crude methods of waste disposal that have crippled its ability to combat a water-borne illness that can cause diarrhea so severe that victims can die of dehydration in hours if they don't get treatment. It has sickened roughly 800,000 people and killed at least 9,500.

The U.N., which this month acknowledged not doing enough to help the country fight cholera while stopping short of an admission of responsibility for introducing it, has announced a new fundraising plan to battle the easily treatable disease. It seeks to raise $400 million from U.N. member states, with the first $200 million dedicated in large part to treating patients with care like oral rehydration fluids, while promoting improvements in hygiene by distributing supplies like chlorine and soap. Improving water, sanitation and health systems are also stated goals of this first phase.

But critics say the U.N. has failed to consistently focus on the long-term problem — how Haitians dispose of their waste and get their water. What's needed, critics say, are sustained investments in infrastructure that would prevent fecal matter from contaminating water supplies and continuing the cycle of disease.

"The $200 million for cholera control is desperately needed to stop deaths from cholera, and must be followed by robust efforts to put in the clean water and sanitation that will fully eliminate the disease," said Beatrice Lindstrom, a lawyer with the nonprofit Institute for Justice and Democracy in Haiti.

There's hardly any sewage treatment in Haiti more than six years after the worst epidemic of cholera in recent history began here. In a country where flush toilets are used by less than 10 percent of the population, millions of poor Haitians defecate in fields and gullies, dispose of their waste in plastic bags they throw into vacant lots, or use pit latrines that get emptied by bayakou for a fee.

The country's first wastewater treatment facility, opened in 2012 north of Port-au-Prince with international money, closed two years ago because authorities lack the money to operate it. Another plant with lagoons to break down waste in nearby Morne-a-Cabrit is operating below capacity. There are three smaller sites in the rest of country of over 10 million people, but they are semi-operational at best.

The United Nations is now pressing member states to ramp up donations to fund the latest initiative to fight cholera in Haiti.

"I want enough cash in the bank so that we can be sure of being able to have this response capacity right through into 2018. Then we can really get this outbreak right down, numbers really small," David Nabarro, a special adviser to the U.N.'s secretary-general, said in a statement. "And then if we combine it with water supplies and sanitation for every Haitian, cholera will go."

Complicating matters is that the cholera bacteria, previously unknown in the country, has adapted to waterways and become endemic in the country. Once that has occurred, in general, "it's really difficult although not impossible to eradicate," said Afsar Ali, a University of Florida researcher.

A major challenge is figuring out how to engage Haiti's bayakou and change behaviors. Some of the nocturnal workers are hired by sanitation companies, but most are independent operators who empty into drainage canals in violation of the law, creating ideal conditions for the spread of cholera and other diseases.

"The bayakou need some sort of carrot to do things the right way otherwise they'll continue to engage in bad practices," Namphy said.

But simply finding bayakou is tricky because they worry about getting arrested for illegal waste disposal and many don't readily admit they do such a socially scorned job.

Augustin has no shame talking about his labor. He's been doing it for decades and readily discussed it on a recent evening, saying he's proud his hard work feeds his family in a desperately poor country.

But the 48-year-old is weary of dreaming about pit latrines when he sleeps during the day. The dank holes are dangerous places, he says, because sharp objects are sometimes thrown down. He nearly died of tetanus a few years ago after getting cut by broken crockery in a customer's latrine.

"I wouldn't say no to doing this work a different way," he says on a recent night cleaning a latrine, his white work rags spotted with excrement.

Haitian officials, meanwhile, are not holding their breath for the $400 million "new approach" announced by U.N. Secretary General Ban Ki-moon as his tenure draws to a close.

Expectations were raised in 2012 when Ban announced a $2.27 billion, 10-year plan to eradicate cholera in Haiti and the Dominican Republic. At the time, U.N. officials in Haiti said 70 percent of that plan would go toward developing water and sanitation infrastructure. But that initiative has been woefully underfunded.

"If sustained investments had been made years ago I don't think we'd still be in this situation," said Dr. Louise Ivers, a senior policy adviser with Partners In Health, a Boston-based health care organization that has worked in Haiti since the 1980s.