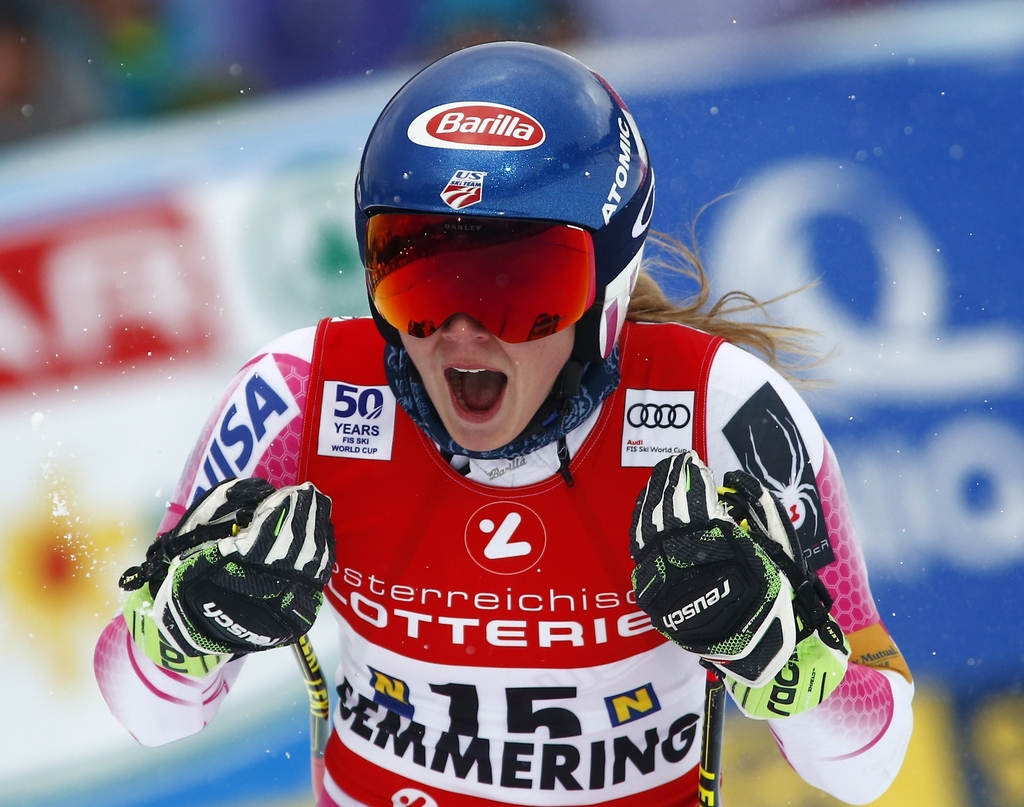 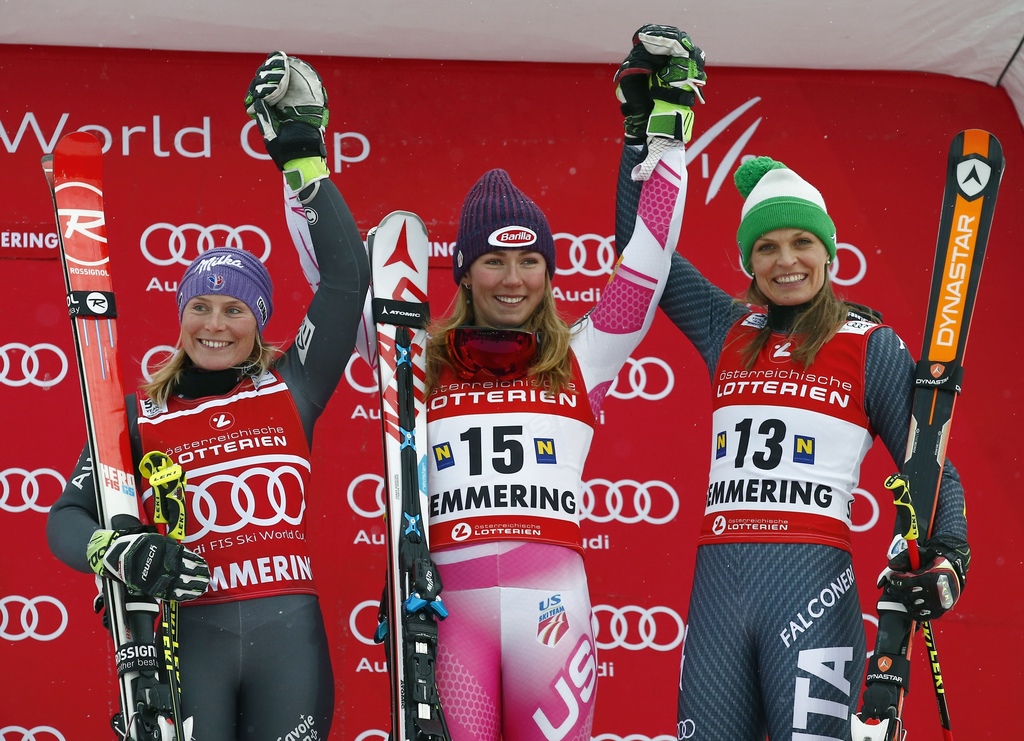 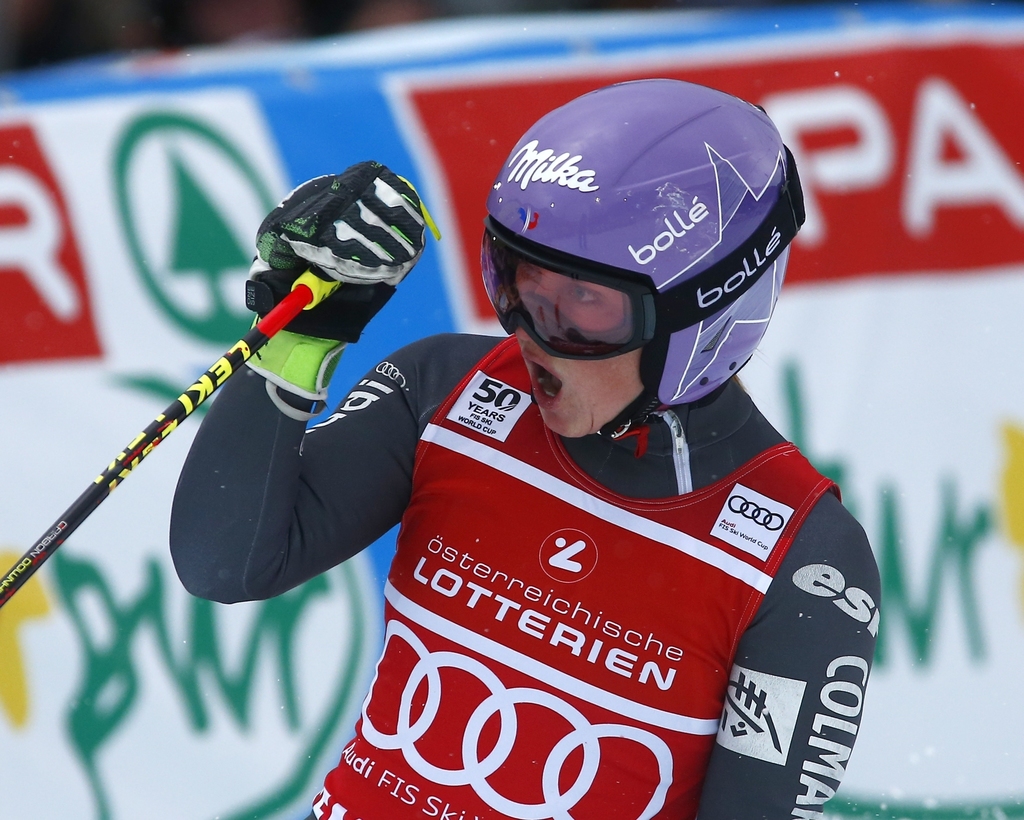 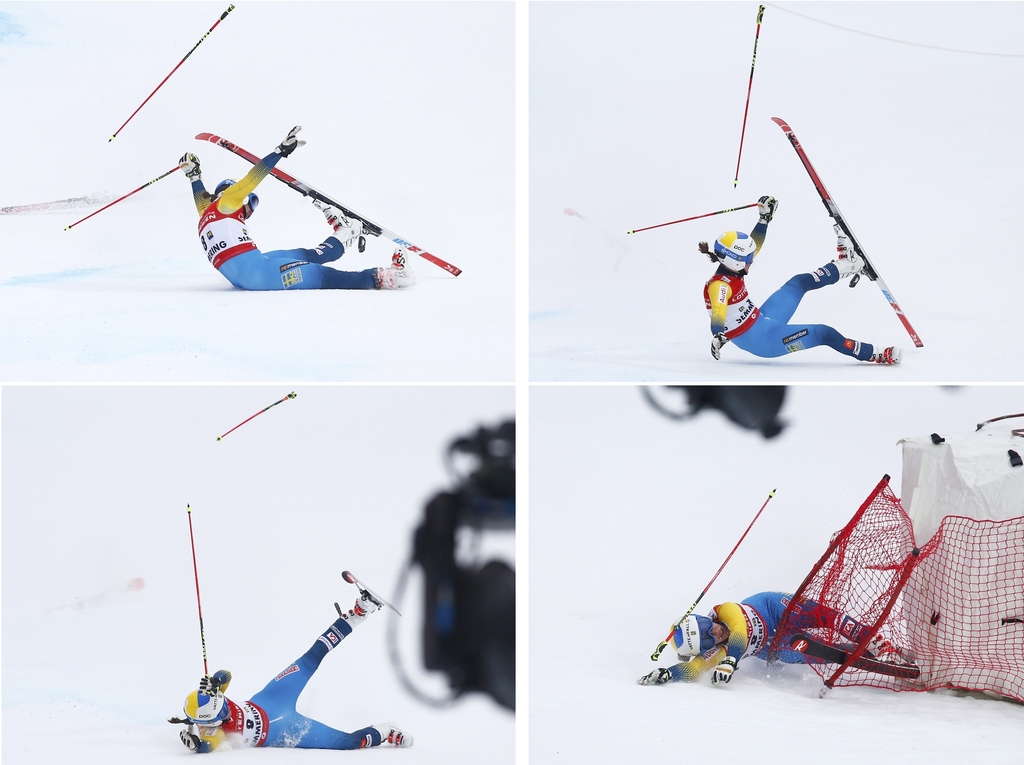 SEMMERING, Austria (AP) — A few days after Mikaela Shiffrin spent Christmas at Manuela Moelgg's home in Italy and trained with her, the American and the Italian finished first and third in a women's World Cup giant slalom on Tuesday.

Shiffrin held on to her first-run lead on the icy Panorama course to beat Tessa Worley of France by 0.78 seconds. The result ended Shiffrin's 26-month wait for a second GS win after celebrating her maiden triumph in the opening race of the 2014-15 season.

Moelgg came 1.09 back in third for the Italian's first podium in nearly six years.

"It's so cool. She and her family were so inviting for Christmas. It made it feel more like home for us," said Shiffrin, adding "it's so special" that Moelgg also made the top three — for the first time since placing third at a slalom in Zagreb, Croatia, in Jan. 2011.

"We have been training at her home," Shiffrin said. "We really only had Christmas Day off. But it was OK, I had a restful day. And sometimes it is like when you take a break, then your body says, 'Oh, it's a break!', and then you get sick. I tried to fight that off but I feel good right now. My energy is good."

At the previous GS in Sestriere two weeks ago, Shiffrin also held a first-run lead but dropped to sixth after a disappointing final run. It made her skip the speed races in Val d'Isere, France, the following week in order to put in extra GS training.

The sessions with Moelgg at Kronplatz, which will host a World Cup GS in January, have paid off immediately.

"But it feels like it's taking forever. I want to get better in GS for five years now," said the American slalom specialist, who won Olympic gold, two world championships and three World Cup season titles in her favorite discipline.

Moelgg was all smiles after sharing the podium with Shiffrin and Worley, the GS world champion in 2013.

"To be here with them is a dream," said the Italian, who is still seeking a first win after 258 World Cup starts. "I had a good feeling, I raced well."

Worley was only sixth after the opening run, 0.80 seconds behind Shiffrin. She hardly won time on the American in the final run and missed out on her third straight GS win after triumphing in Killington, Vermont, and Sestriere over the last few weeks.

"I am happy because in the first run I lost so much time on the top section," Worley said. "In the second run I was just attacking the whole way down."

Returning from a 14-month injury layoff, two-time former overall champion Anna Veith finished 3.21 seconds off the lead and failed to qualify for the final run.

The Austrian caught a stone which damaged the edge of a ski early in her run.

"Unfortunately, this was not how I thought it would be," Veith said about her first race since March 2015. She missed last season to recover from knee surgery.

"But I am happy that I was back at the start again even though the skiing was far off from where I want it to be," Veith said.

The final run was interrupted for a few minutes after Maria Pietilae-Holmner lost her right ski as she went through a gate and crashed full-speed into the safety boarding near the end of her run, though the Swede seemed to have avoided serious injuries.

The race replaced the GS that was canceled because of high winds in Courchevel, France, last week. Another GS in Semmering is scheduled for Wednesday, followed by a flood-lit slalom the next day.