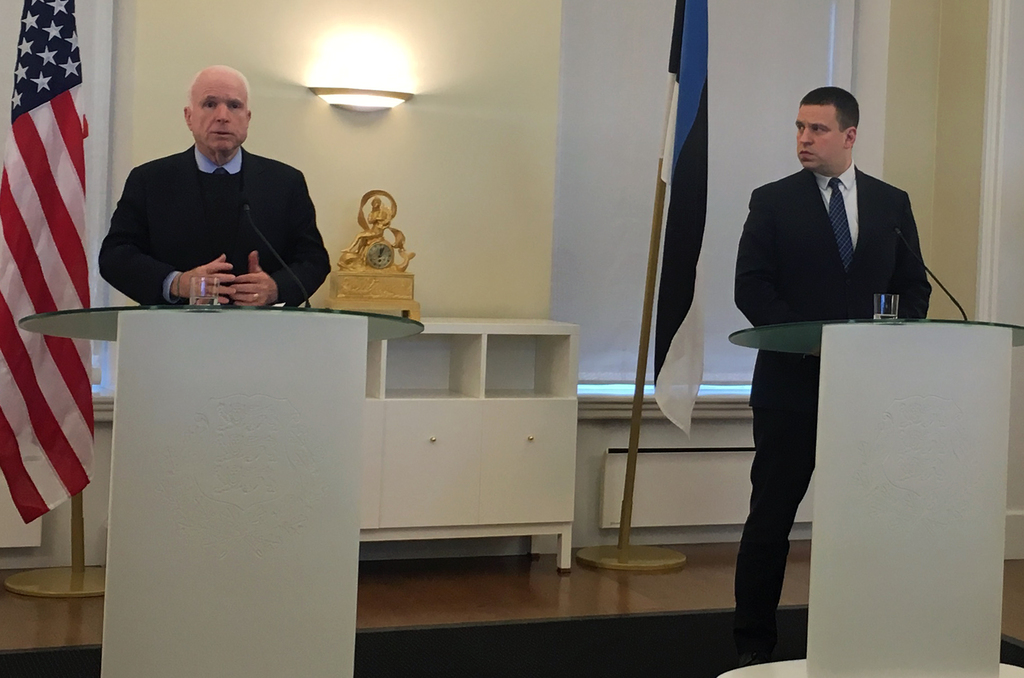 TALLINN, Estonia (AP) — Sen. John McCain has pledged U.S. support to the security of Russia's three Baltic neighbors amid worries that the United States may not be fully committed to the defense of NATO allies following statements by President-elect Donald Trump.

McCain, chairman of the Senate Armed Services Committee, said during a visit to Estonia on Tuesday that Washington should consider at least basing troops permanently in that country.

He says the U.S. remains committed to NATO, but that having soldiers assigned to Estonia full-time instead of during rotations would strengthen military ties between the two nations.