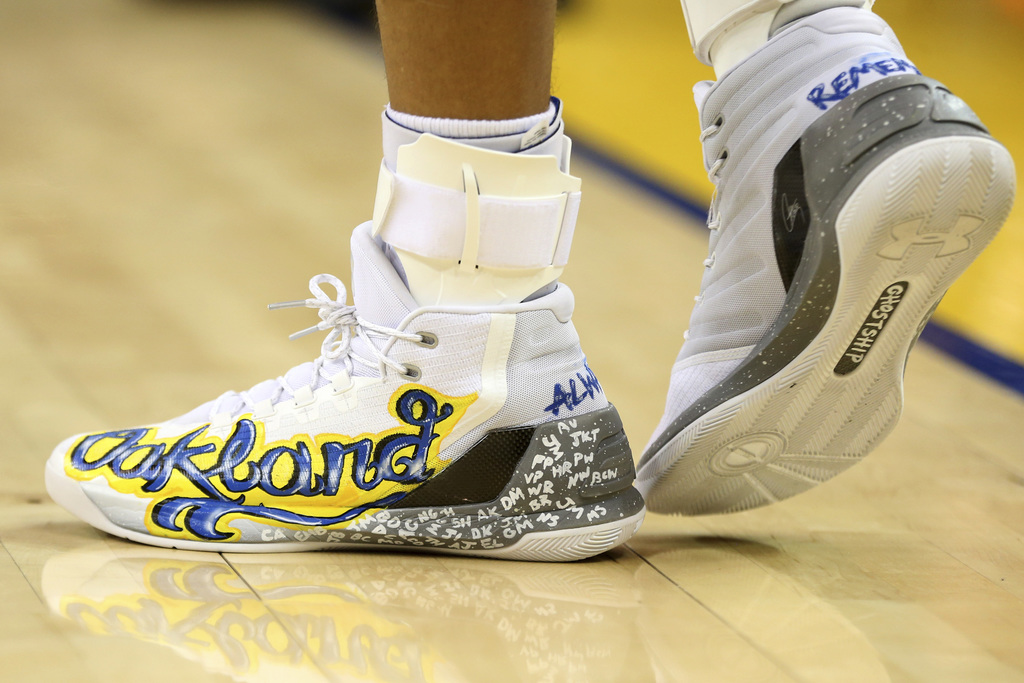 KCBS reports (http://cbsloc.al/2ifgOkj) that Curry teamed up with a local artist and had two distinctive pairs designed.

As of Wednesday afternoon on EBay, Curry's shoes had received more than 150 bids and were at a combined $20,000 on the auction site.

Curry wore the pair of white sneakers with the words "Oakland Strong" printed on them during a recent game against the New York Knicks. Warriors officials say he wore the other, more colorful shoes with the words "Ghost Ship" on them, during practice.

Both shoes have the initials of all 36 victims printed on them.

The fire broke out Dec. 2 during a dance party at the Ghost Ship warehouse.