Taipei (Taiwan News) -- Senior military officials revealed that the first squadron of aging F-16 fighter jets will today begin undergoing the F-16V upgrade program in Taiwan, which will enable it to counter many of the capabilities of China's advanced J-20 stealth fighter jet.

Military sources said the F-16V (Viper) fighter improvements have begun on four fighters at the state-owned Aerospace Industrial Development Corporation's (AIDC) facility in Taichung. The first round of upgrades was supposed to include 10 aircraft, but due to delays in software testing in the U.S., only four will complete the retrofits this year.

The Air Force F-16V fighter performance improvement program, code-named "Phoenix," will retrofit the existing fleet of 145 F-16A / B fighters at a total cost of NT$110 billion yuan (US$3.46 billion), and is to be completed by 2023.

Defense Minister Feng Shih-kuan (馮世寬) told China Times he was confident that once the upgrades were completed the Taiwan's F-16s will able to match their Chinese J-20 rivals.

Instead of meeting Taiwan's request to purchase 66 new F-16s to replace its aging fleet, U.S. President Barack Obama in 2011 decided to offer an upgrade to their existing aircraft as a modicum of improved defense but that would not flare tensions with Beijing. No president since George H.W. Bush has sold advanced fighter jets to Taiwan. 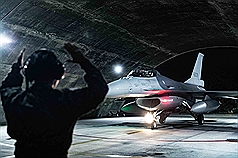 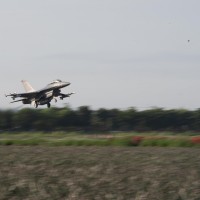 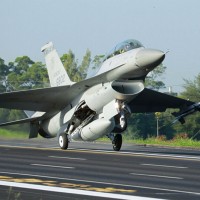 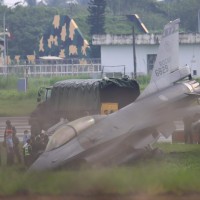