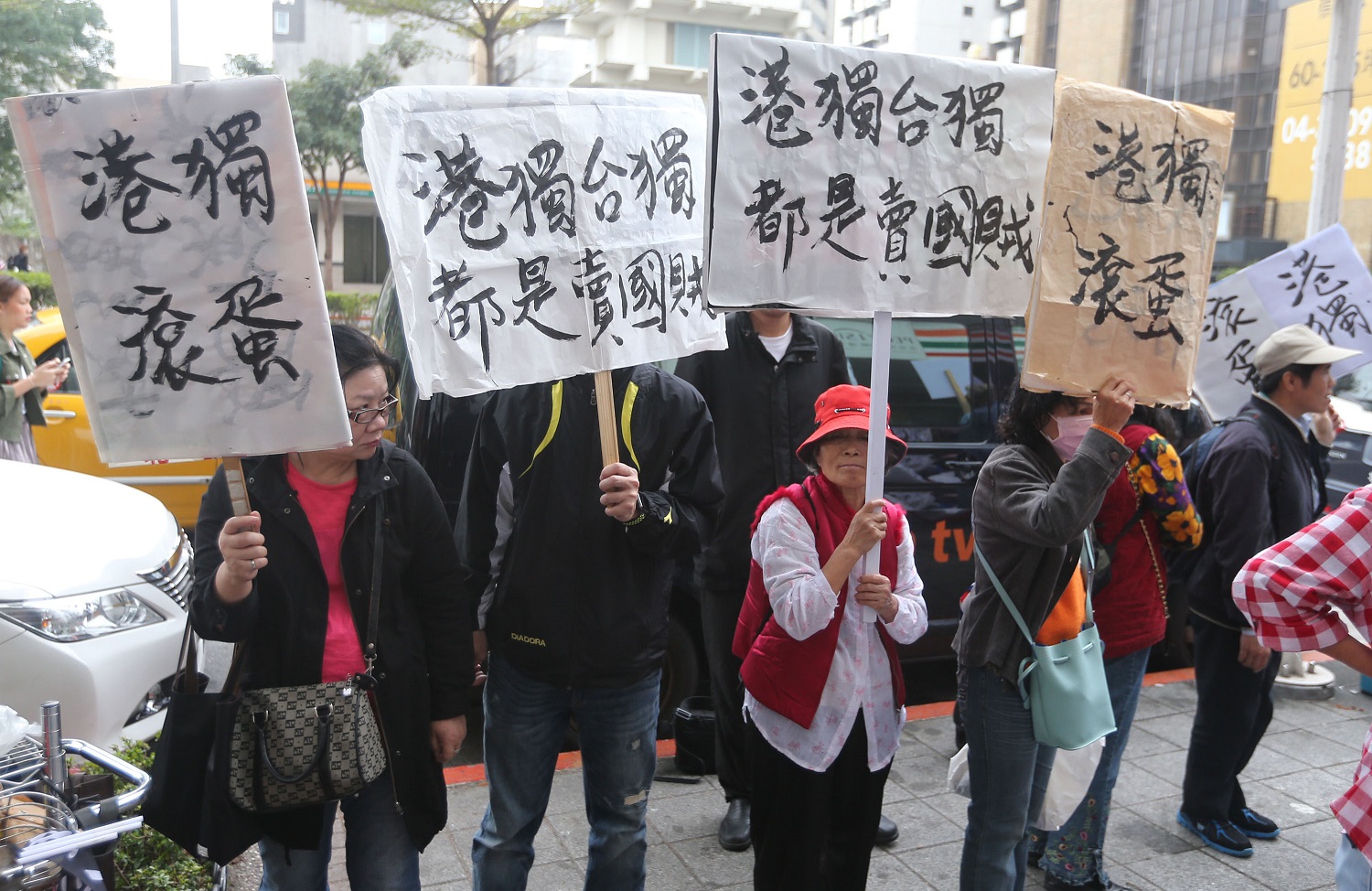 When Wong, Law, and other representatives from Hong Kong arrived at Taiwan Taoyuan International Airport Saturday morning on their way to a seminar hosted by the New Power Party, several men in black outfits with black masks broke through the police cordon, ran toward them, shook their fists and shouted: "Get the hell out Hong Kong independence supporters!" However, police managed to shield the Hong Kong men from bodily harm.

Apple Daily reports that police identified one of the suspects as the 28-year-old Chen Tzu-chun (陳子俊), a known member of the infamous Four Seas Gang (四海幫), a Taiwanese Triad, and a head of one of the local chapters. As Chen was spotted leaving a massage parlor, he was arrested on multiple charges for crimes he was suspected of committing previously and is now under investigation for having taken part at the attempted attack at the airport.

Police said that though Chen admitted to "hating Hong Kong people," he denied involvement in the airport incident, claiming that he "just happened to be passing by."

According the police, Chen was originally a member of the Bamboo Union (竹聯幫), another major triad in Taiwan, before jumping ship to become a leader of the Four Seas Gang's Shuangho District chapter in New Taipei City. In June last year, he admitted to damaging property and committing assault in a shop, but he said the two sides had reconciled. In August, he took offense at the way another motorist was looking at him while driving and used the social media app Line to summon a gang of thugs to assault the person.

Taiwan's New Power Party had invited the Hong Kong activists and lawmakers to attend a two-day political forum aimed and linking the democracy movements in Hong Kong and Taiwan.

Demosistō founder Joshua Wong told the media at a press conference on Monday that he and fellow Hong Kong legislators and activists Nathan Law, Eddie Chu, and Edward Yiu were continuously harassed by hundreds of protesters throughout their stay in Taiwan.

When Wong and his colleagues returned to Hong Kong, they were met with an event more brutal attack at the Hong Kong International Airport, resulting in multiple injuries and tattered clothing. Law stated at the press conference that the attacks he and his colleagues suffered at the Hong Kong airport were "coordinated" and "not isolated," and speculated that the Communist Party was likely responsible.

On a Facebook post, Law praised Taiwanese police for their more "rapid and proactive response" to the assaults, having already arrested 13 suspects, including a triad member, while Hong Kong police have only arrested two.

Wong is the secretary-general of the political party Demosisto, which advocates a referendum to determine Hong Kong's future after 2047.