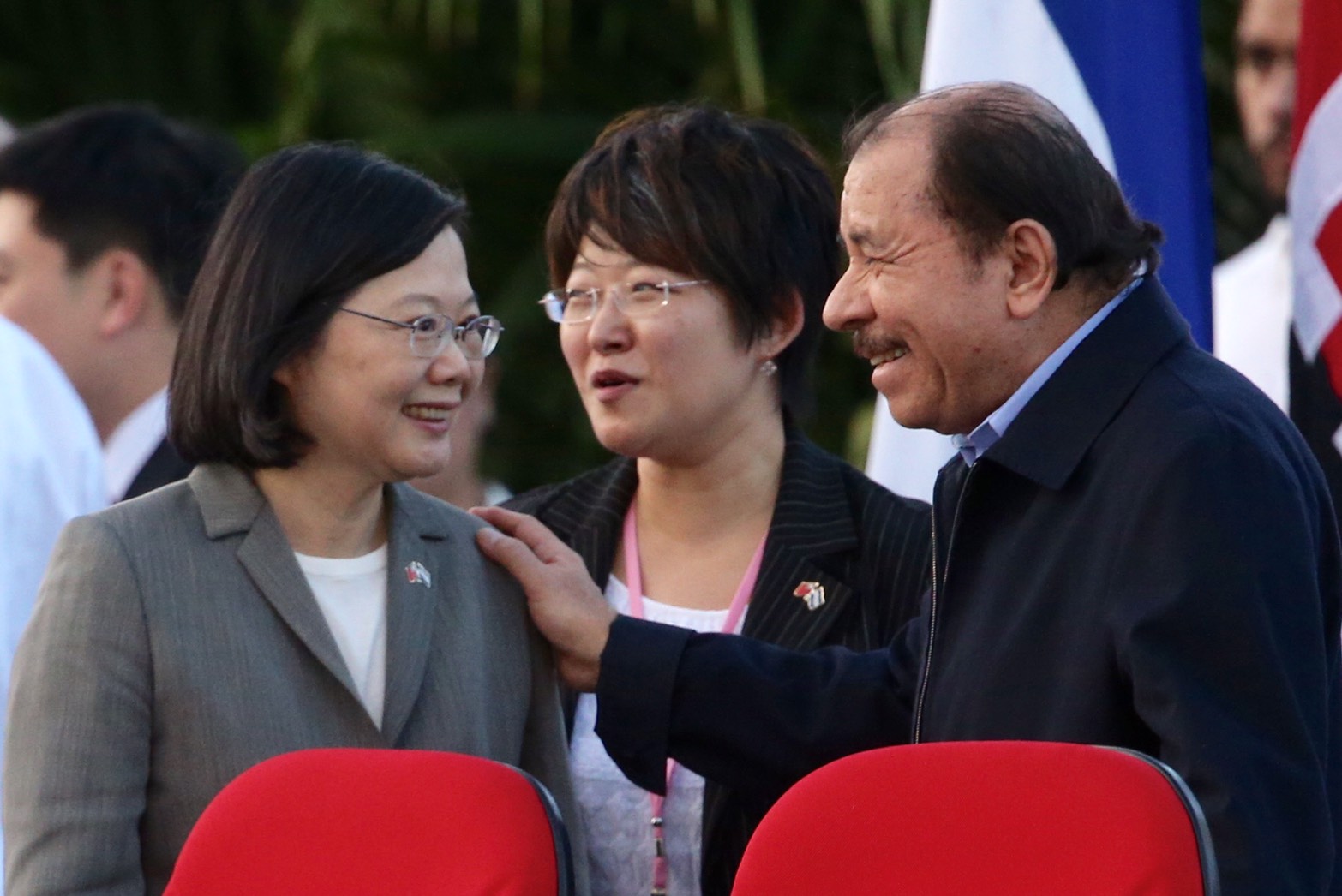 TAIPEI (Taiwan News) – During his inauguration speech Tuesday, Nicaraguan President Daniel Ortega reportedly referred to President Tsai Ing-wen as his “sister” and as the president from “the Republic of Taiwan.”

Tsai is on a January 7-15 tour of four Central American allies, with Ortega’s inauguration as the centerpiece.

After an unexpected meeting with Ortega and his wife, Vice President-elect Rosario Murillo, which was broadcast live on local TV Monday, Tsai was one of five heads of state to attend the inauguration ceremony.

During his 90-minute speech, Ortega reportedly said that he and Tsai were “like brother and sister,” and introduced her as the president who came “from the Republic of Taiwan,” even though the country’s official name is the Republic of China.

Tsai was seated between Murillo and El Salvador’s President Salvador Sanchez Ceren during the open-air event, while Ortega was placed on Murillo’s left, with Venezuelan President Nicolas Maduro on his other side.

Ortega shook hands with Tsai and touched her shoulder, while Murillo embraced her twice, according to the Taiwanese media.

Earlier, Ortega had promised to support Taiwan’s efforts to make headway in joining international organizations and in playing a larger part in the global community. Before the trip, Nicaragua had been mentioned as the country most likely to end ties to Taipei and switch recognition to Beijing, as Ortega did so before, in 1985.

Tsai will still visit Guatemala and El Salvador, transit through San Francisco, California, and arrive back in Taiwan on January 15.