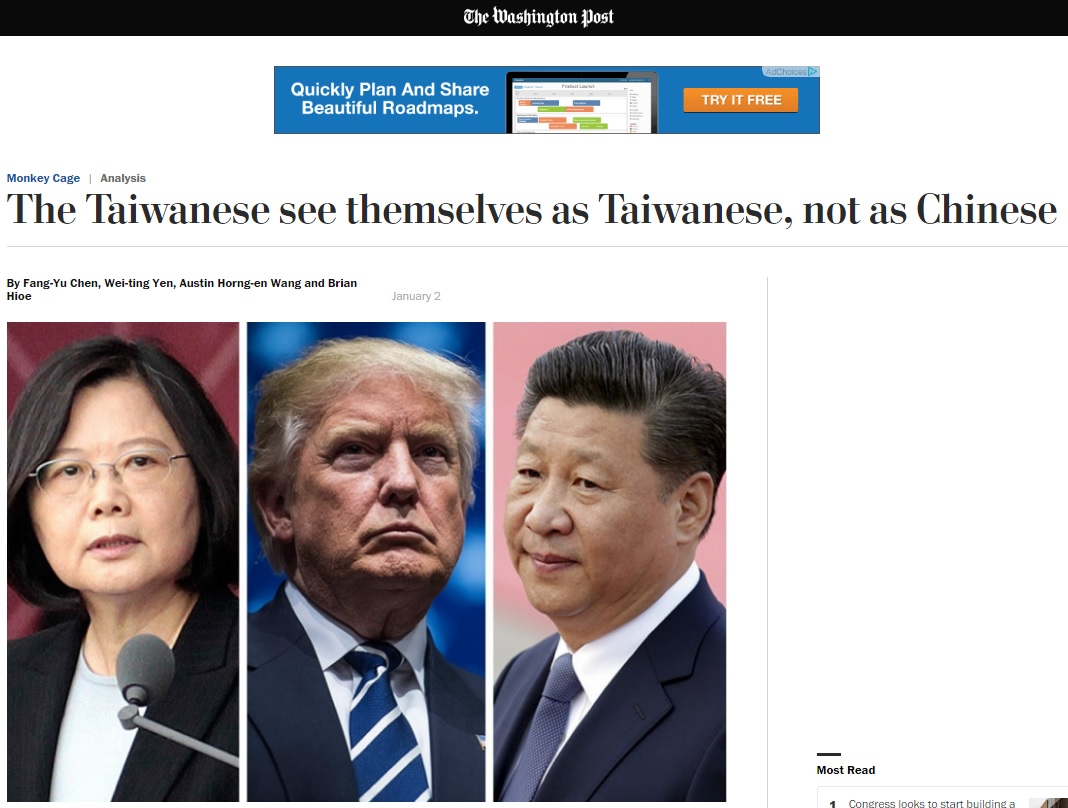 TAIPEI (Taiwan News) – A total of 43 percent of Taiwanese younger than 40 support independence for the island, even if it meant China would launch a military attack, according to a poll mentioned by four Taiwanese academics in a letter to the Washington Post.

“The Taiwanese see themselves as Taiwanese, not as Chinese,” reads the title on the analysis piece published by the authoritative United States newspaper in its Monkey Cage section and written by Fang-Yu Chen, Wei-ting Yen, Austin Horng-en Wang and Bryan Hioe.

In the piece explaining the background to relations between Taiwan and China, the four authors say that attitudes on the island have not been static, and reject U.S. President Barack Obama’s statement that the Taiwanese “won’t charge forward and declare independence” “as long as they can function with ‘some degree of autonomy.’”

“For Taiwanese younger than 40, pro-independence support reaches 84 percent. Perhaps most startling, 43 percent of the under-40 generation would support independence even if it meant China would attack Taiwan under the risk of war,” the authors wrote.

However, they also said that Taiwanese citizens are worried about the economy and about China using economic elements to force political concessions from the island.

“When asked to choose between formal independence or maintaining economic ties with China, 83 percent chose bread over romance,” the authors wrote.

Looking at different attitudes between the generations, they emphasized that a solely Taiwanese identity will eventually prevail. Almost 70 percent of people younger than 40 consider themselves to be only Taiwanese, and not Chinese, while this figure runs up to 78 percent for people born after martial law ended in 1987, according to the article by Chen, Yen, Wang and Hioe.