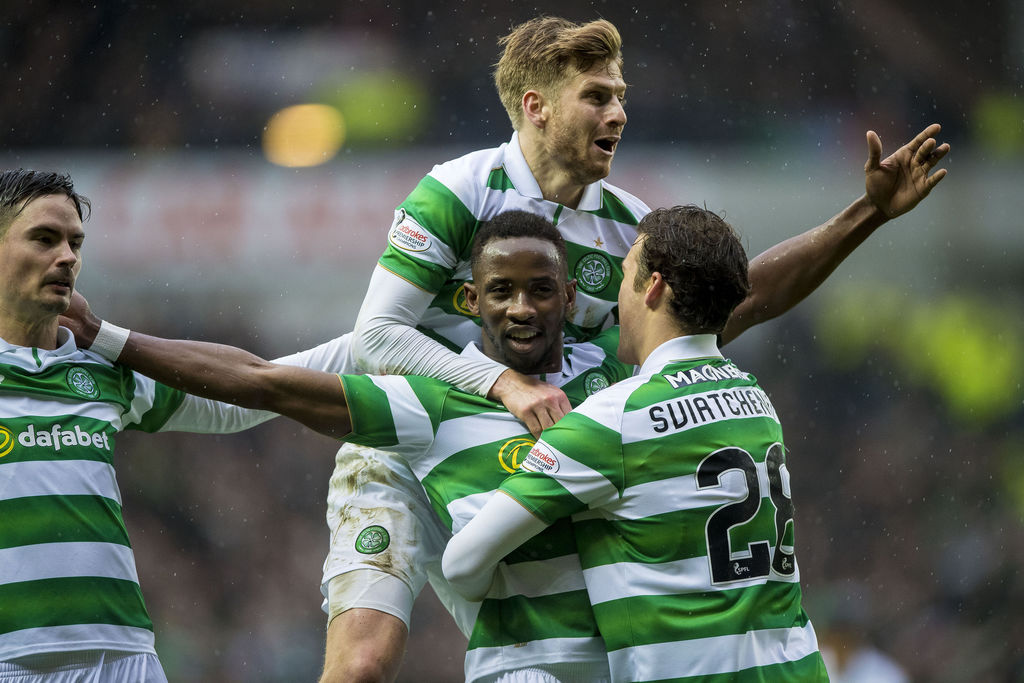 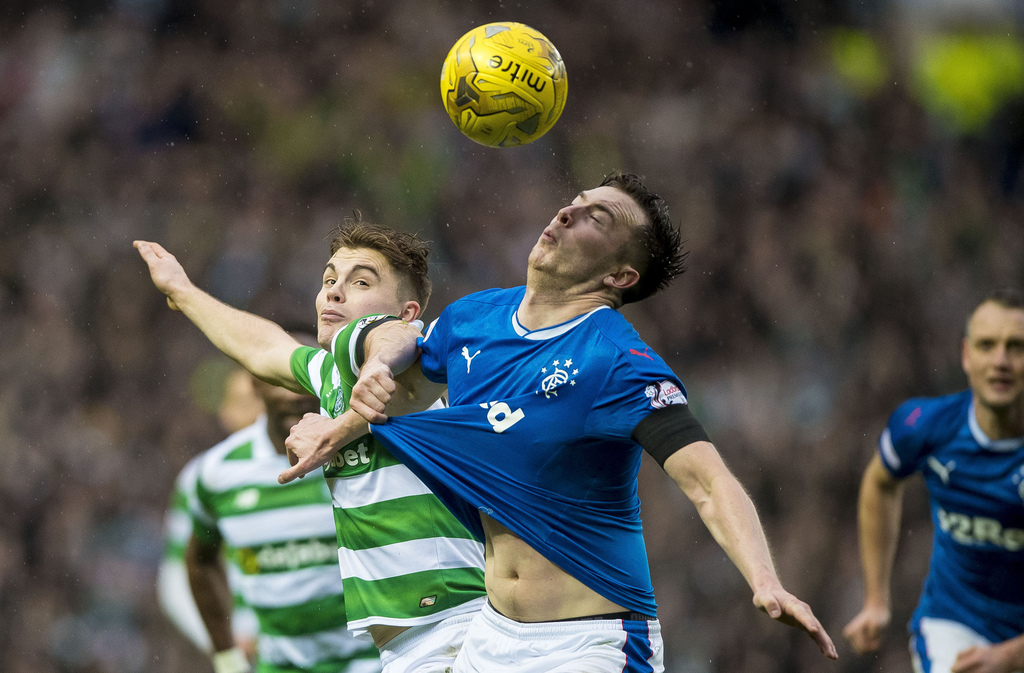 GLASGOW, Scotland (AP) — Celtic surged 19 points clear of Rangers at the top of the Scottish Premiership after coming from behind to beat its Glasgow rival 2-1 in Saturday's Old Firm derby.

Scott Sinclair sealed Celtic's 15th successive victory on its march toward a sixth title in a row by tapping in Stuart Armstrong's cross in the 70th minute.

Celtic fell behind in the 12th when Kenny Miller scored for the hosts at Ibrox, but Moussa Dembele leveled by striking a bouncing ball into the top corner in the 33rd.

The two foes, which have a combined 101 top-flight league titles, were temporarily separated when Rangers was forced to start again in the bottom tier of the Scottish game in 2012 after a financial meltdown.

Rangers scrambled back up the four-division league pyramid to the top tier this season.