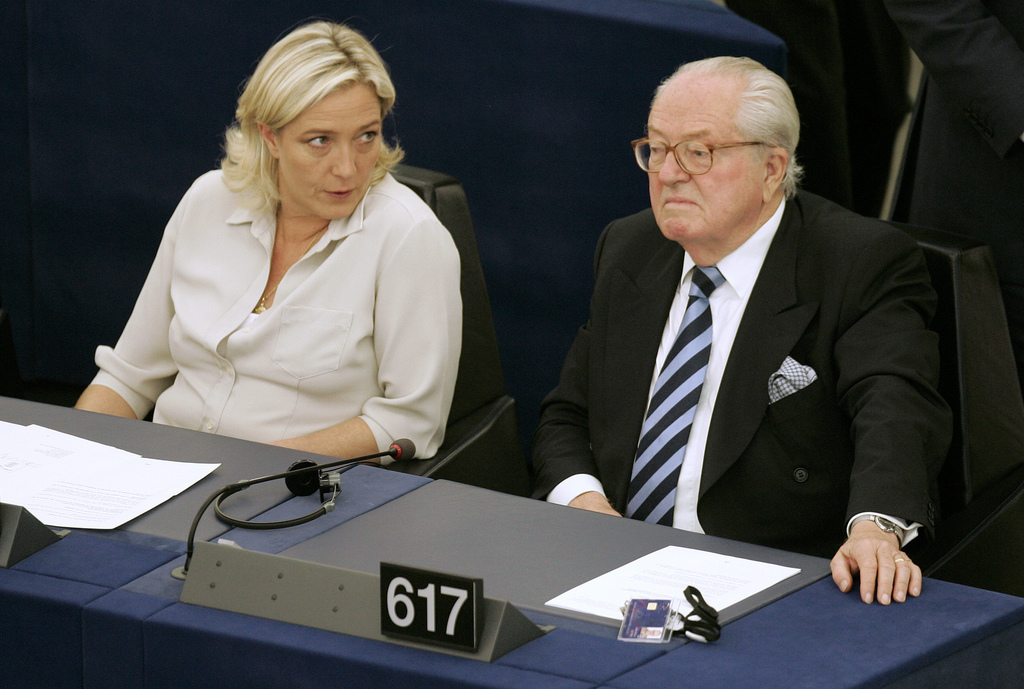 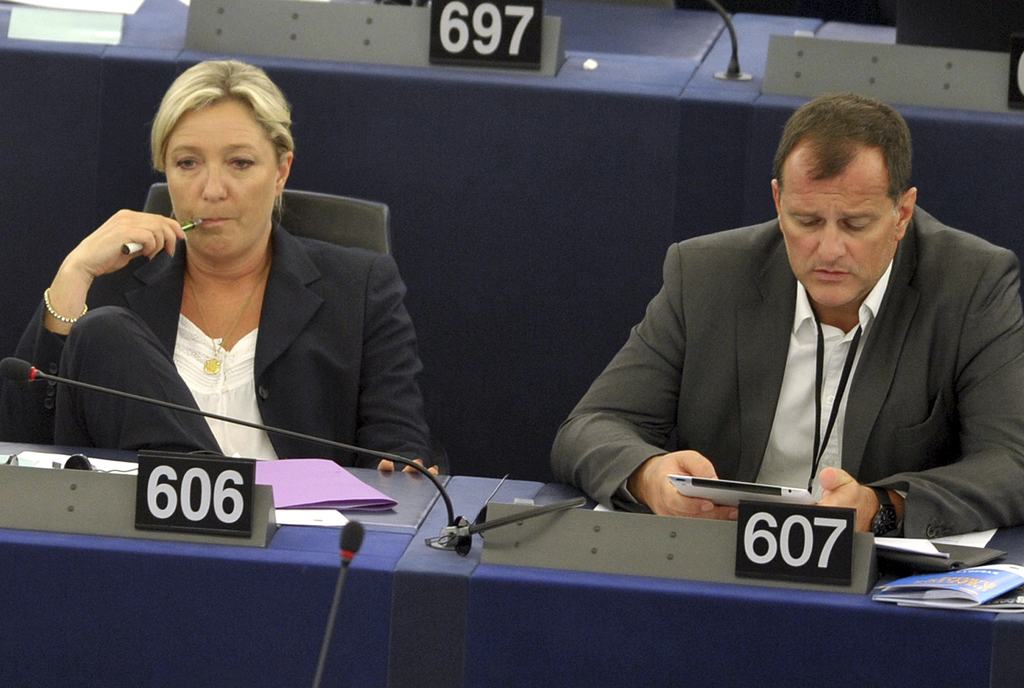 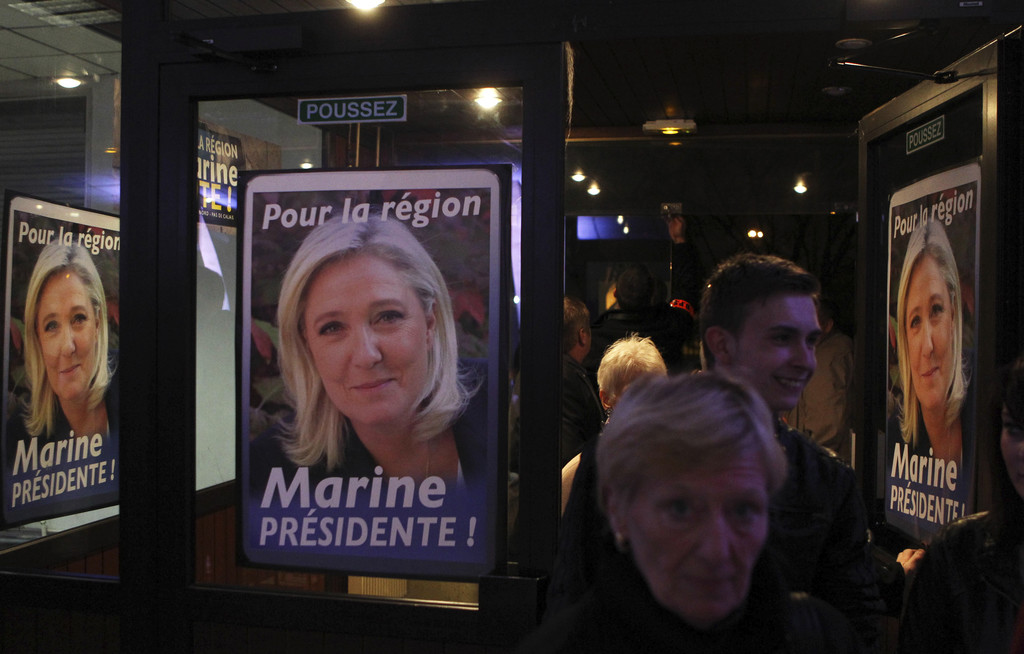 PARIS (AP) — Money, and how to get it, has dogged French far-right presidential contender Marine Le Pen for years.

Now, as her National Front party's treasurer says it's looking "everywhere" for the 20 million euros ($21 million) needed to fund upcoming campaigns, she may be looking to Russia for cash — again.

While foreign donations to French political parties are barred, loans are not. But it's still a daring prospect for a party whose finances have already drawn unwanted scrutiny.

Alleged funding irregularities have prompted multiple legal investigations and an impending trial for several party officials and associates, and a 2014 loan from a Russian bank raised concerns over Moscow's potential influence on French democracy. Not to mention the U.S. decision this week to impose sanctions and expel Russians over alleged cyber-meddling in the U.S. presidential election.

The French National Front says it's the target of a smear campaign, and notes that other candidates have also had financial troubles.

Le Pen's firm rejection of foreign influence would make fishing for finances outside French waters a no-go, were it not for her Russia-friendly stance and what party officials say is the refusal of French banks to lend money to the anti-immigration National Front.

Funds are needed to finance campaigning for the April-May presidential vote and June parliamentary elections. Party officials deny recent reports that they have already received a new loan from a Russian establishment — but no one is denying that the party may be asking for one.

"We are looking everywhere. We are working discreetly," party treasurer Wallerand de Saint Just told The Associated Press. The National Front needs 20 million euros for its electoral campaigns, and already has a portion of it, he said in a telephone interview, without specifying the amount in hand. They're not ruling out funding requests from sources including Russia, the United Arab Emirates, or even the United States, he said.

The party borrowed 9 million euros in 2014 from the small First Czech Russian Bank, but the bank's license was revoked this year, Saint Just said. Other Russian banks might consider a new loan.

Moscow has courted far-right parties in Europe in an influence-building campaign as friction between Russia and the West has mounted over Ukraine and the Syrian civil war. Some leaders like Le Pen have hobnobbed in Moscow and at embassy events at home. Chieftains of Hungary's anti-Semitic Jobbik and Austria's Freedom Party also have made the trip.

Le Pen envisions a concept of Europe that stretches "from the Atlantic to the Urals," that would encompass Russia instead of pressuring it over Vladimir Putin's authoritarian policies.

In a shifting of views in Russia's favor, some mainstream politicians, from France's conservative Francois Fillon, a top presidential contender, to U.S. President-elect Donald Trump, are sympathetic to a friendly approach to Moscow.

Finding ways to raise money has run like a leitmotif through Le Pen's quest to make the National Front an alternative to mainstream political parties — and has led to run-ins with the law.

The party treasurer, Saint Just, is among seven people called to stand trial for alleged schemes to bolster party coffers. Le Pen is not implicated, but the party has also been called in for judgment, along with two concerns run by old Le Pen friends. They allegedly helped raise funds through a complex system that judicial authorities deem illegal.

"I will be acquitted," Saint Just said. "We have absolutely done nothing wrong."

A trial date has not been set, but a judicial official said it was unlikely to take place before the elections, so as not to "interfere with democracy."

There is concern now that any new effort to tap Russian banks for loans could do just that, however, by making France vulnerable to influence from the Kremlin.

"There is an ambient Russia-phobia that is now leading to theories of plots," the National Front's No. 2 official, Florian Philippot, said Thursday on the iTele TV station.

U.S. intelligence agencies suspect that Moscow hacked into private email accounts to interfere with the U.S. political process in favor of Trump — a claim shrugged off by Putin, who said recently that the hackers could have been located anywhere.

A Russia-friendly approach to geopolitics runs in the Le Pen family. Jean-Marie Le Pen, the National Front's co-founder, his daughter Marine and her niece Marion Marechal-Le Pen have all made numerous visits to Moscow over the years. Russian guests were present at the party's congress in 2014.

Marine Le Pen even remarked in a May interview with RT France, a Kremlin-backed television network, that France could recognize Crimea as Russian "if I were elected president."

Relations between Russia and the West degenerated after Russia's 2014 annexation of Crimea amid fighting between Moscow-backed separatists and Ukraine government troops.

French satirical and investigative weekly Le Canard Enchaine last week published excerpts of what it said was a letter by U.S. Republican Rep. Mike Turner, on the Select Committee of Intelligence, worried about ties between Putin and Le Pen. He reportedly asked James Clapper, director of national intelligence, for supplementary information on a vast disinformation war against the U.S. and other countries whose interests are opposed to Russia's.

Treasurer Saint Just called the reported request "mysterious." February would have been too early to seek a loan, he said, adding "and I always said we want 20 million euros maximum. We don't want more."