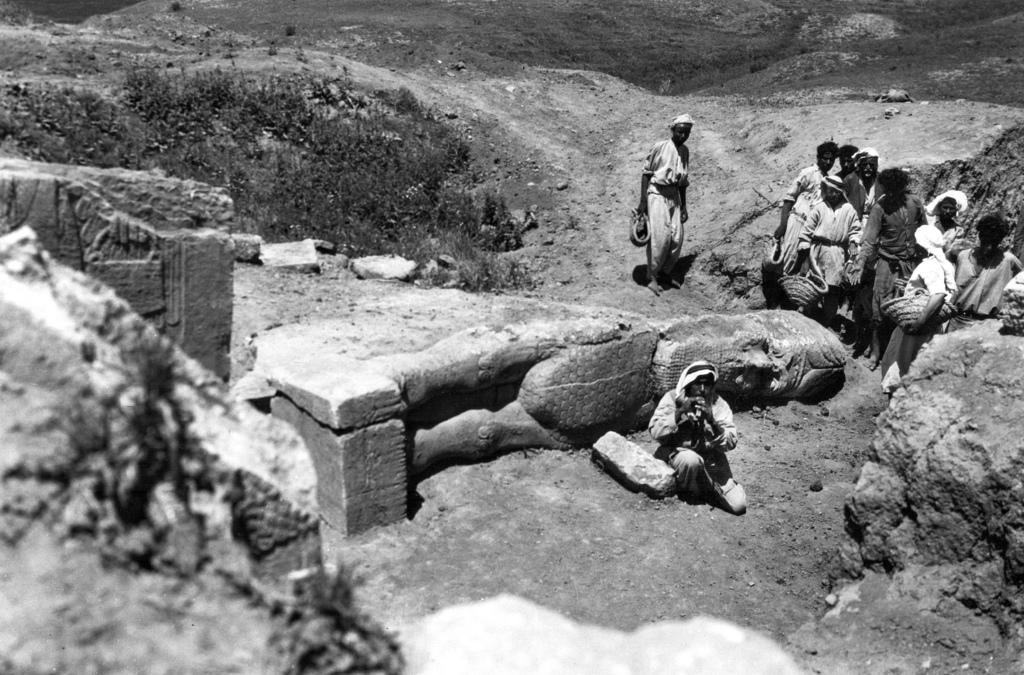 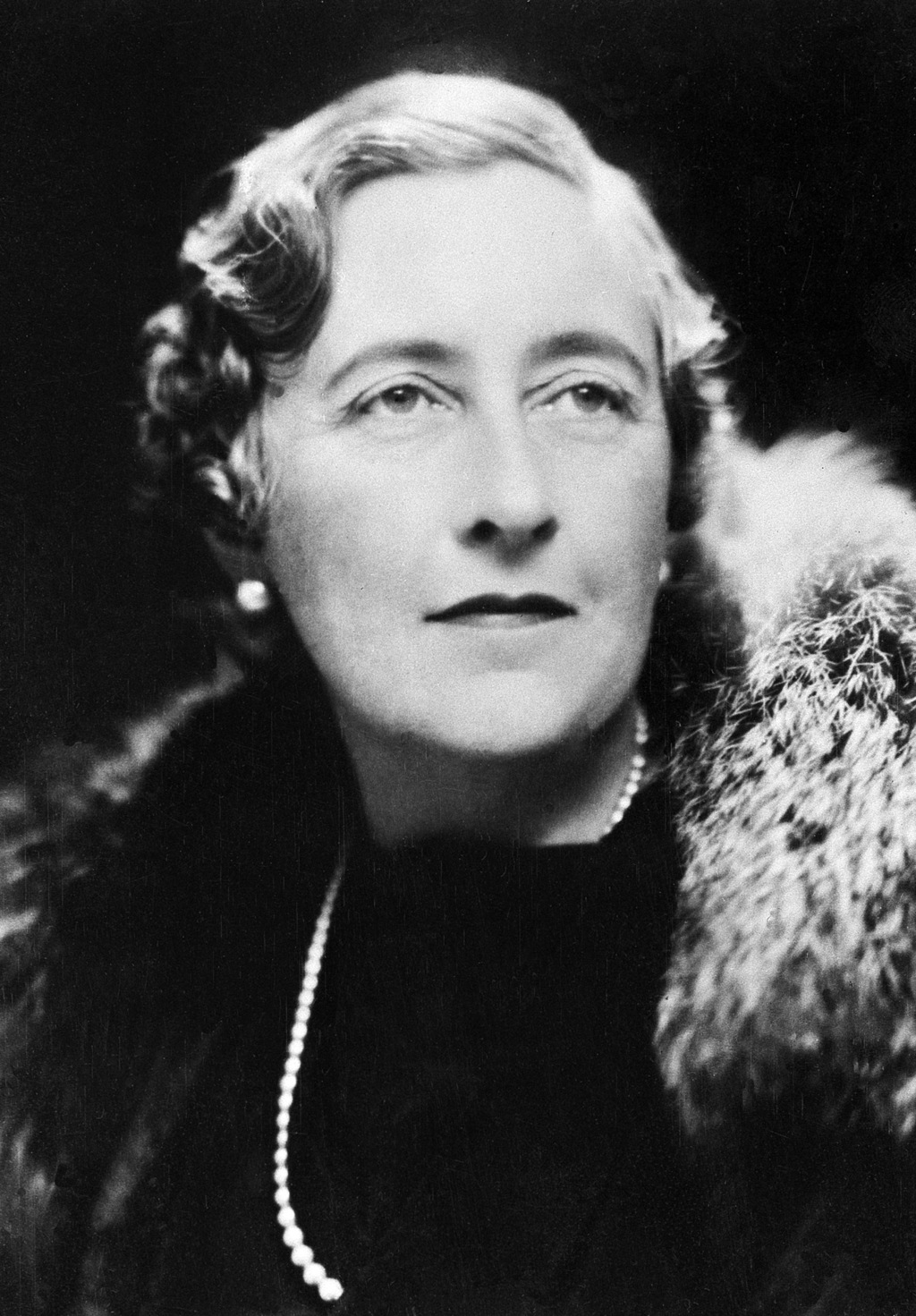 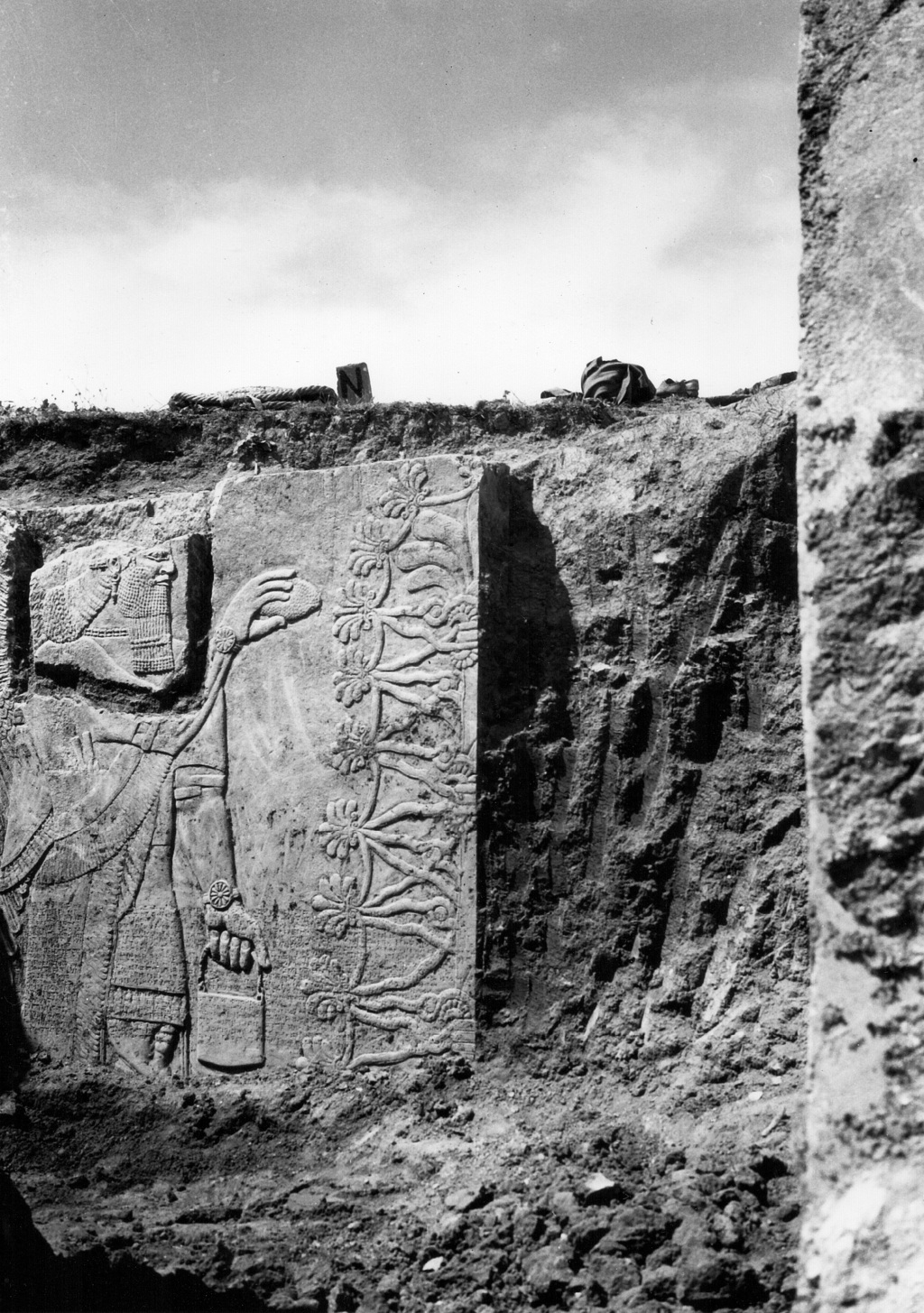 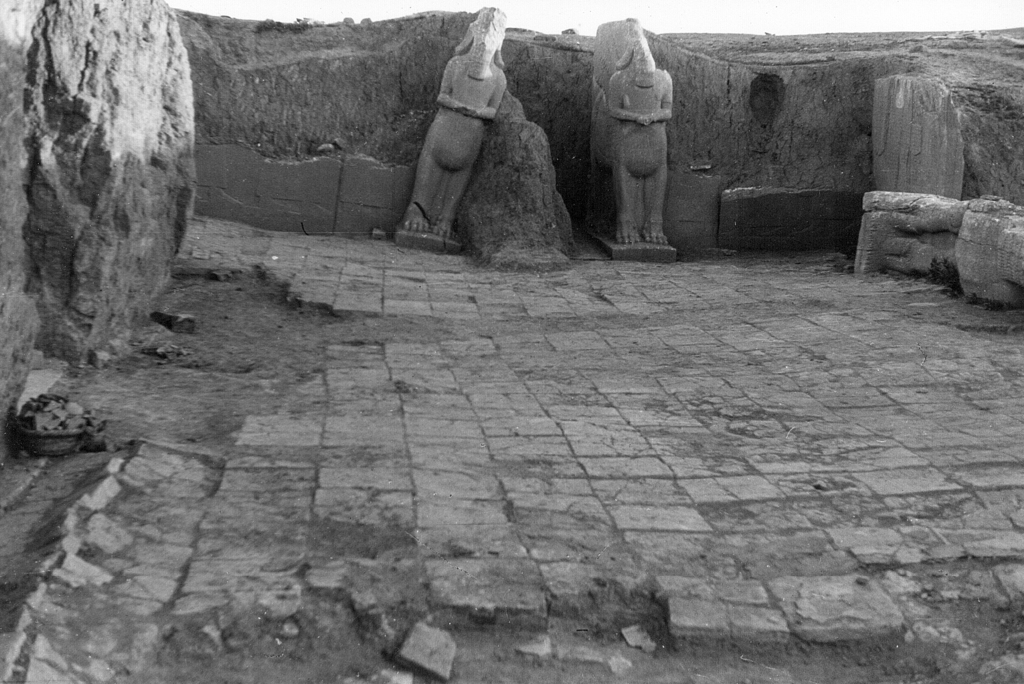 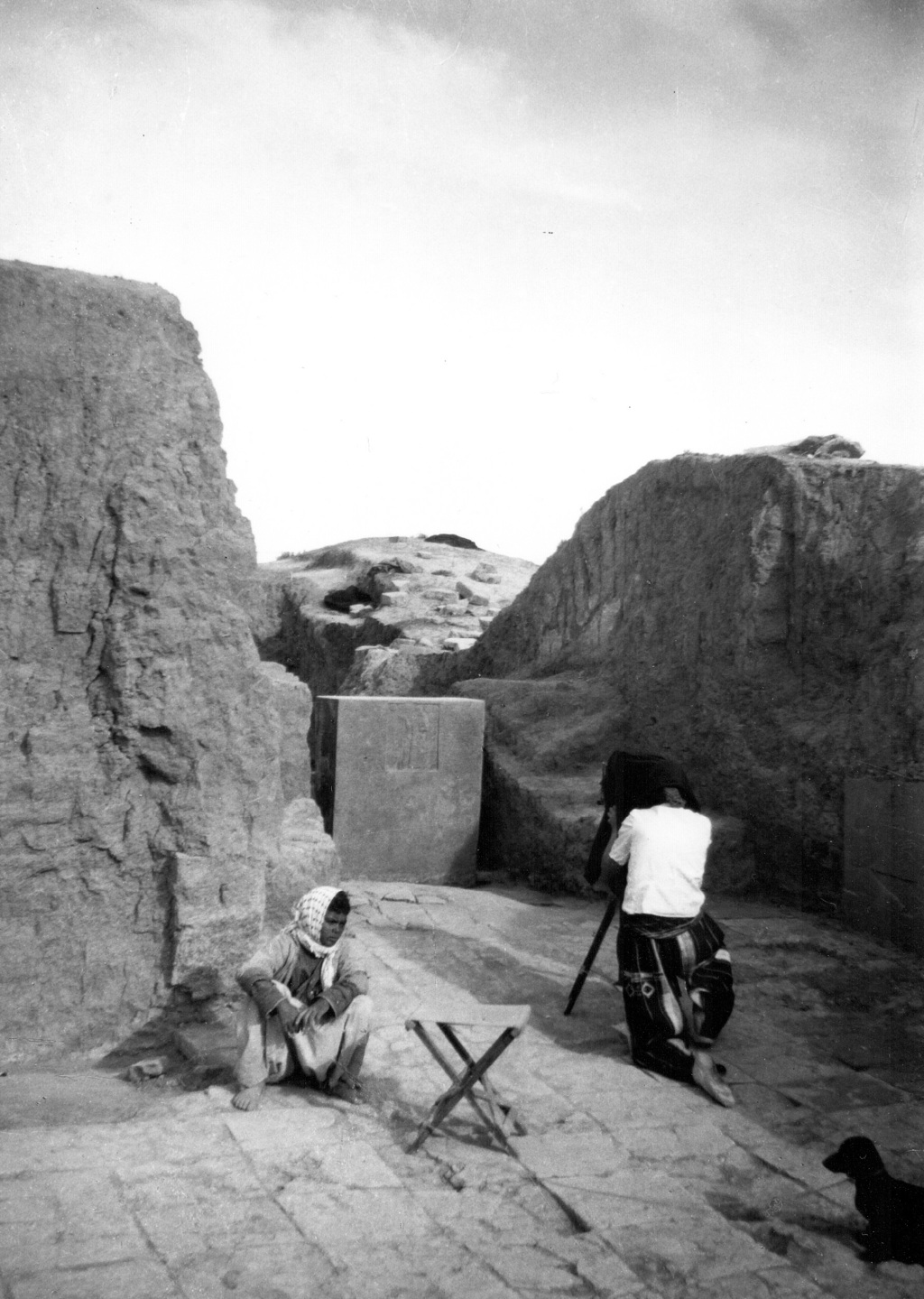 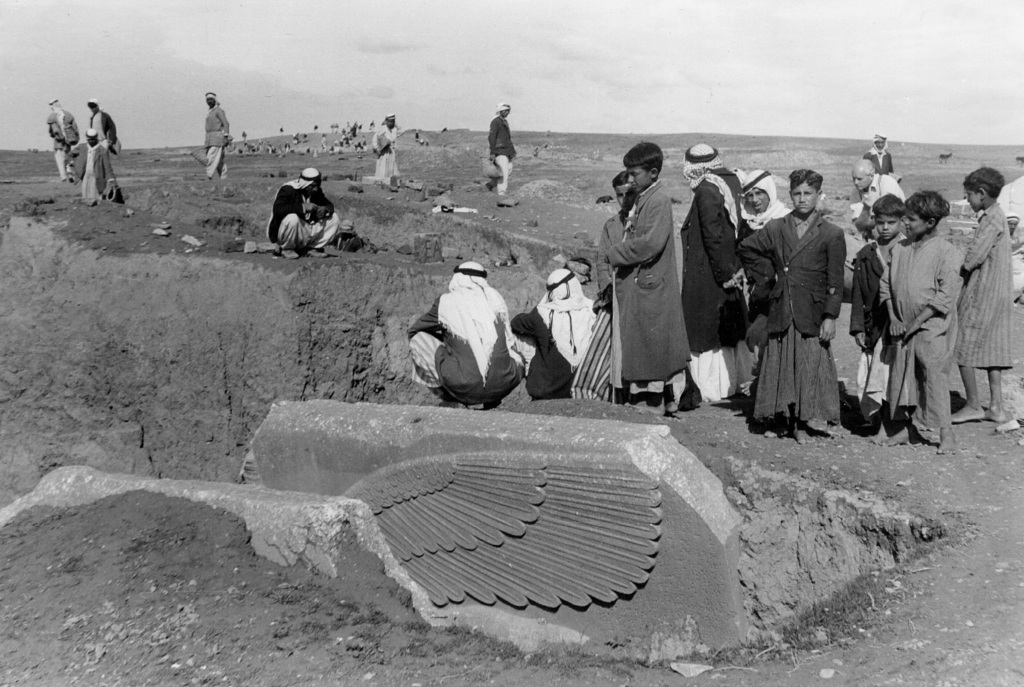 NIMRUD, Iraq (AP) — Her diligence and face cream cleaned Nimrud's most famous ivory. She captured the archaeological dig on celluloid and Kodak film, developing the prints in water painstakingly filtered from the nearby Tigris River.

And every day, after she balanced the books and arranged for the next day's meals, Agatha Christie sat down to write.

The British mystery writer's second husband, Max Mallowan, was an archaeologist — respected in his field, but with nowhere near the renown of his older wife. But Christie set aside her career for months each year to accompany Mallowan into the field.

Mallowan built his career on digs in the 1950s in Nimrud, the remains of the ancient Assyrian city that survived 3,000 years only to be blown into rubble by Islamic State group conquerors last year. And Christie, then in her 60s, was there to document his work, in photo and film.

Every winter, according to her grandson Mathew Prichard, "they disappeared into Iraq or Syria and returned in May or June. To her it was just as important as writing. Her role, and she was quite old-fashioned about this ... Her role in the 1950s was to go on these digs with her husband and help him with the photography and dealings with the local labor force," he said.

Famed for her detective characters Mrs. Marple and Hercule Poirot, Christie had a longtime fascination with archaeology that showed up in novels set in the Mideast, including "Death on the Nile" and "Murder in Mesopotamia."

Christie's non-fiction book "Come Tell Me How You Live," about a series of digs in Syria in the 1940s, is testament to her love for adventure, travel and the ancient sites of civilization.

"Inshallah, I shall go there again, and the things that I love shall not have perished from this earth," she wrote in conclusion in 1944.

But seven decades later, one of her favorite places — Nimrud — is in danger as never before.

Islamic State fighters took over the site near Mosul in 2014, and in 2015 smashed the winged bulls guarding the entrance and blew up the Northwest Palace where Mallowan made his most significant discoveries. The site, though liberated last month from the extremists, is reduced to rubble, largely unguarded and vulnerable to looters.

Among Mallowan's finds were a series of ivories, including one of a woman's face dubbed the Mona Lisa of Nimrud, which was extracted with great difficulty from a muddy well.

"She spent hours drying it and cleaning it off, with her face cream," said Georgina Herrmann, a British archaeologist who worked there with Mallowan.

Other ivories were discovered smashed, and Christie delighted in assembling them, Herrmann said.

"Agatha was a passionate solver of jigsaw puzzles and crossword puzzles. She laid all these pieces out — there must have been hundreds of them — and put them together."

Christie and Mallowan would be dismayed to learn what has become of the site, according to Prichard, who recalled his grandfather teaching him the basics of cuneiform as a boy.

"To say they would have thought it was a tragedy is an understatement," he said. "If my grandparents could somehow be alive again and see the newspapers for a week, they would not have recognized the places where they had been and lived and worked."