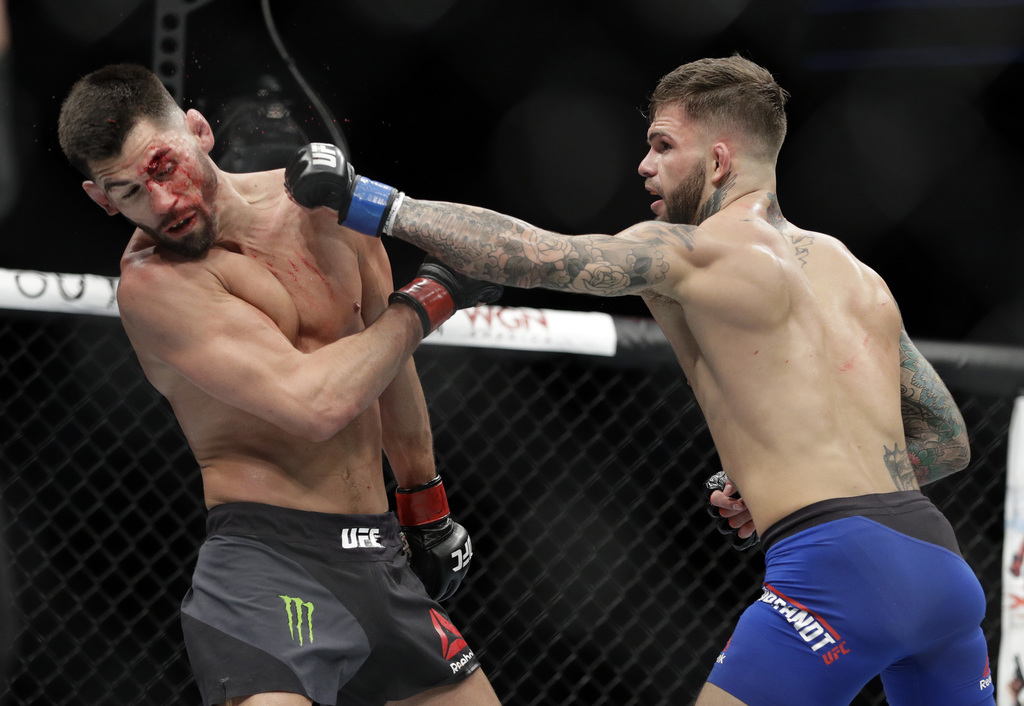 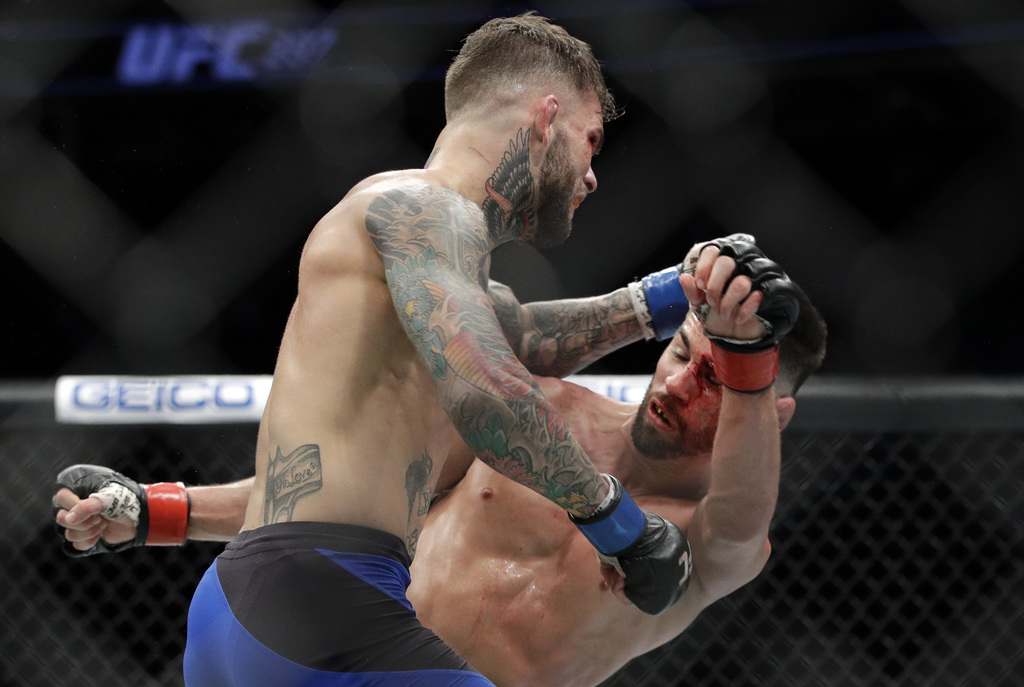 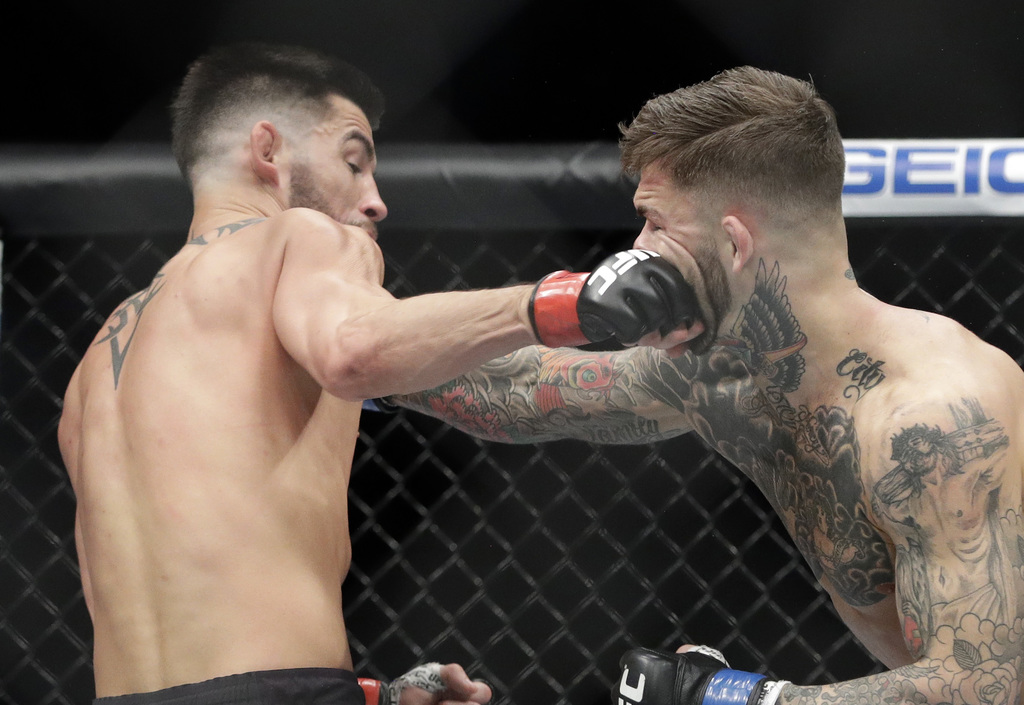 Garbrandt (11-0) remained unbeaten with a virtuoso performance to claim the belt held for the past 11 months by Cruz (22-2), who ended up with a gaping cut over his left eye.

Garbrandt used precise striking, multiple takedowns and remarkable charisma to win over the judges, who all favored him by scores of 48-46, 48-46 and 48-47.

The 25-year-old Garbrandt is a native of Uhrichsville, Ohio, who trains in the Sacramento-area gym of veteran fighter Urijah Faber.

Cruz and Garbrandt taunted each other repeatedly during the promotion of their bout, and their genuine dislike translated into a frenzied five-round fight. Garbrandt lived up to his boundless promise with a resourceful effort against Cruz, who was favored to defend his belt.

Instead, Garbrandt landed more shots and did more damage from the opening round. Both fighters landed significant strikes in the first two rounds, but Garbrandt turned the fight in his favor early in the third round during the exchange that opened the cut on Cruz's face.

Garbrandt put on a performance in the fourth round, repeatedly knocking down Cruz when he wasn't dancing away from the champion. The unfriendly rivals congratulated each other after the bout, but Cruz didn't appear surprised when Garbrandt's hand was raised.

After receiving his belt, Garbrandt wrapped it around the waist of Maddux Maple, a 10-year-old leukemia survivor from northern Ohio who has been his motivational talisman.

Garbrandt won his belt on the undercard of Ronda Rousey's comeback fight for the 135-pound title against Amanda Nunes at T-Mobile Arena.

Garbrandt's first title defense could be against T.J. Dillashaw, who dominated John Lineker in a unanimous-decision victory moments earlier at UFC 207, winning 30-26 on all three cards. Dillashaw (15-3) showed off precise striking and a superior ground game to trounce the Brazilian brawler.