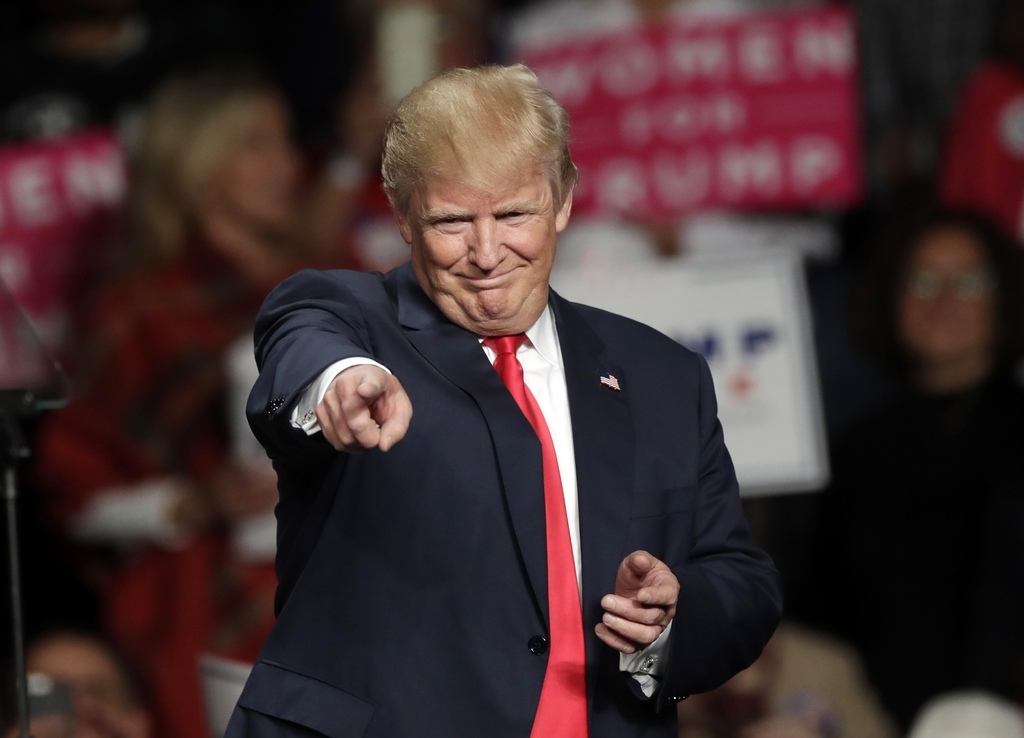 DETROIT (AP) — You, sir, (or ma'am): Focus, if you will, on a historic, on fleek listicle containing words nominated for bigly banishment. But don't convene a town hall meeting or get your dandruff up in the echo chamber over them.

The tongue-in-cheek, non-binding list comes from suggestions to the Sault Ste. Marie school. It includes "you, sir," ''focus," ''town hall meeting," ''historic," ''echo chamber," ''on fleek," ''bigly," ''listicle" and "get your dandruff up," an apparent substitute for "dander," its hair-and-skin kin.

The divisive 2016 election influenced nominations, and was reflected in the inclusion of "bigly" and "post-truth."

"Bigly" also made Merriam-Webster's Top 10 for 2016. President-elect Donald Trump was fond this year of saying "big league" but making it sound like "bigly," an archaic adverb or adjective dating to around 1400.

"Post-truth," a term sometimes used to describe the current political climate, is Oxford Dictionaries' word of the year.

John Shibley, Lake Superior State spokesman and list-compiler in chief, said "lots of political vitriol" came in this year, with people wanting to ban "President Trump," ''Crooked Hillary" and "Electoral College." Shibley said he "made an editorial decision not to wade into that swamp," — drained or otherwise.

He said all words that made the final list garnered 200-300 votes apiece, and the top vote-getter was "echo chamber," with more than 500 submissions.

Overall, the university received submissions from about 8,000 people and maintains an archive of more than 850 words.

Another Michigan school takes the opposite approach: Detroit's Wayne State University attempts through its Word Warriors campaign to exhume worthy words that have fallen out of favor. This year's list included "absquatulate," which means to discreetly and abruptly leave a place, such as a gathering or party, without informing the host. That's an old-school analog to "ghost" on the banished words list.