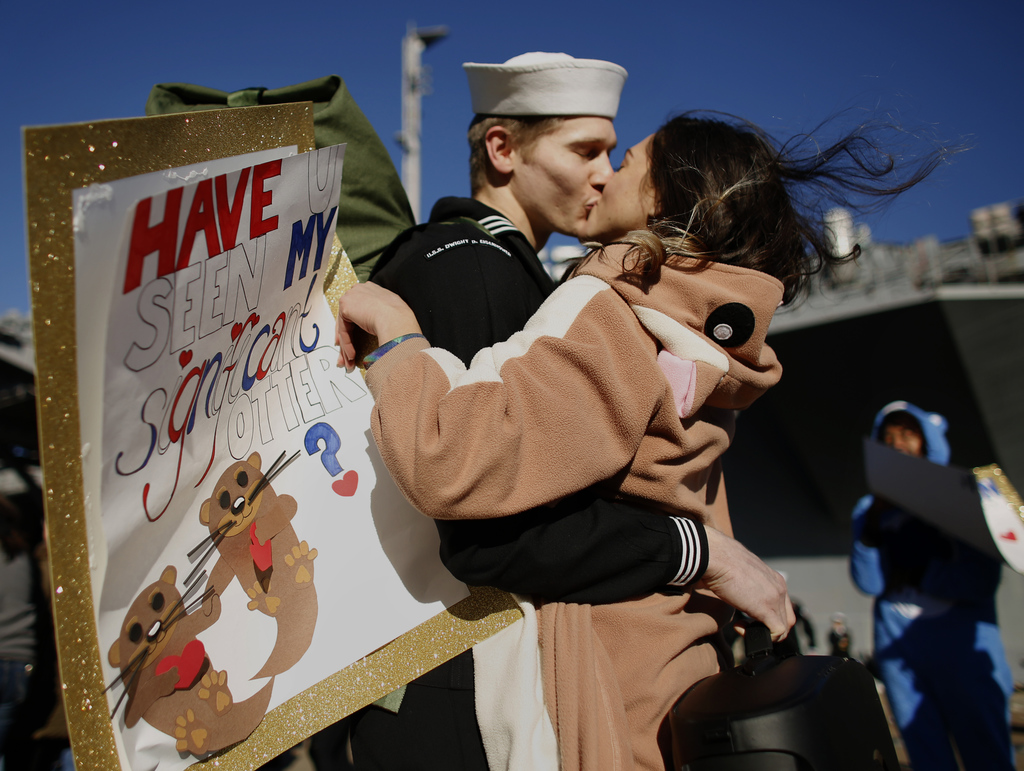 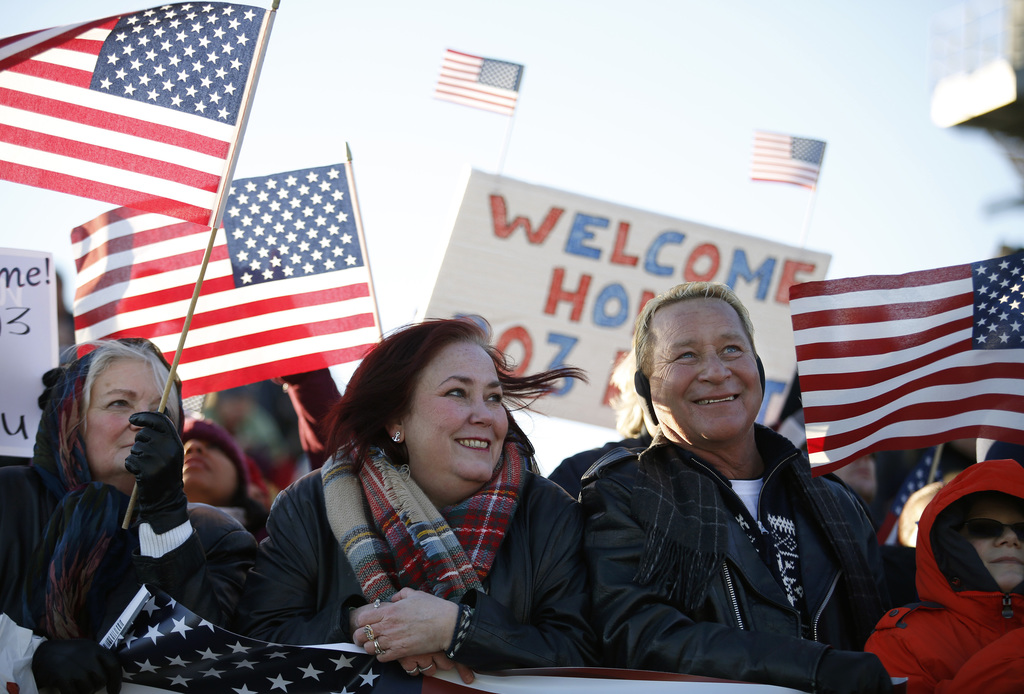 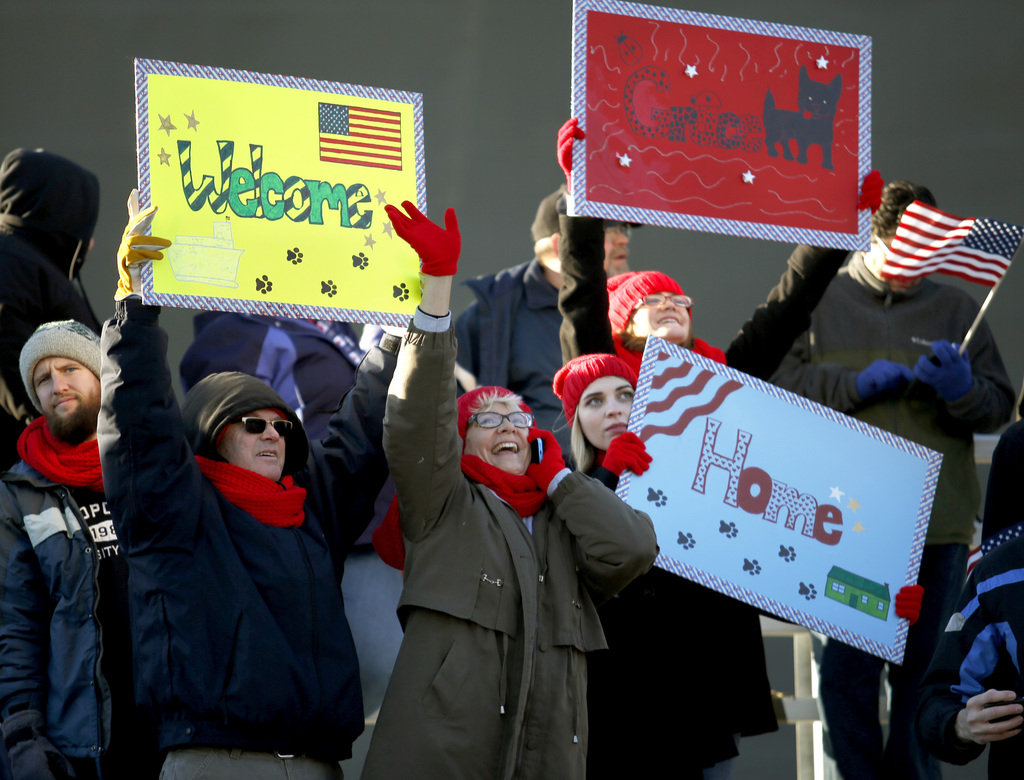 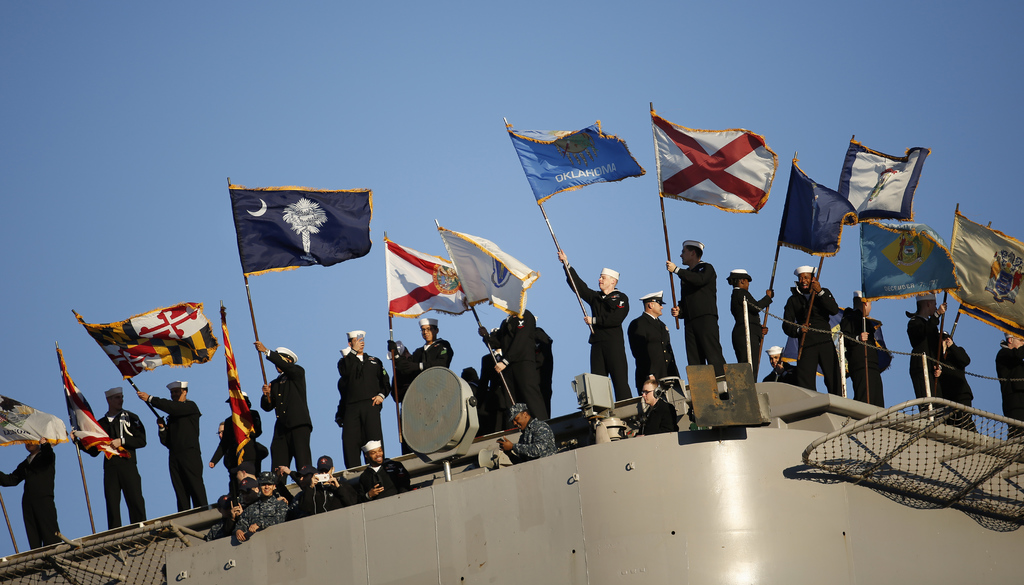 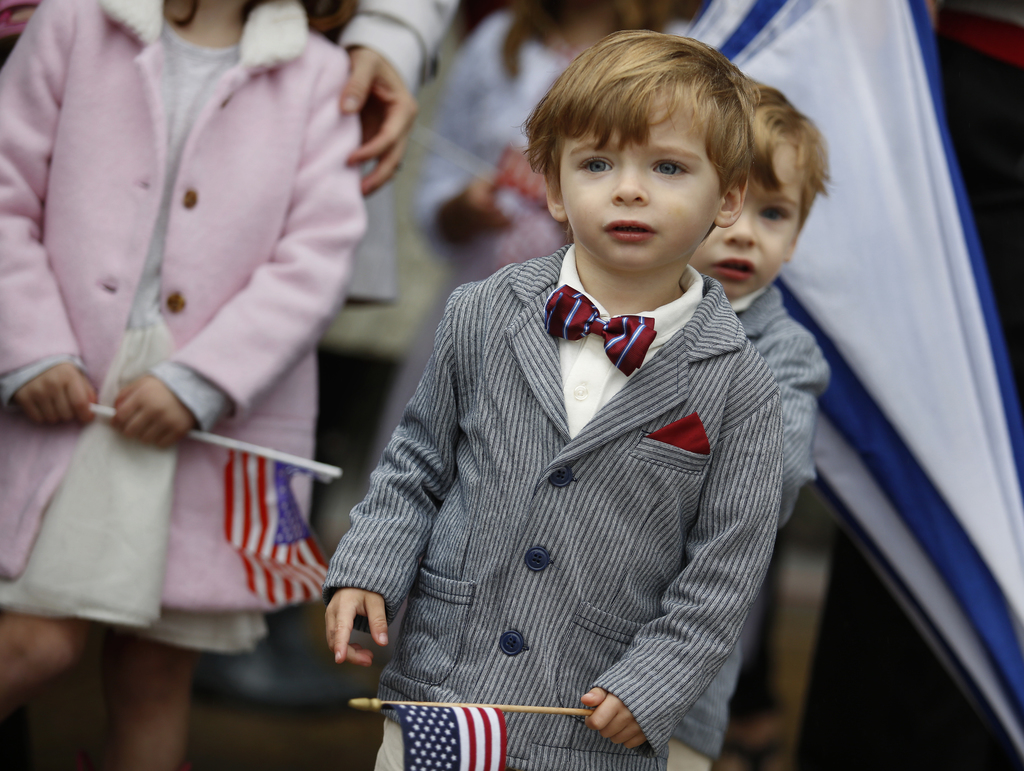 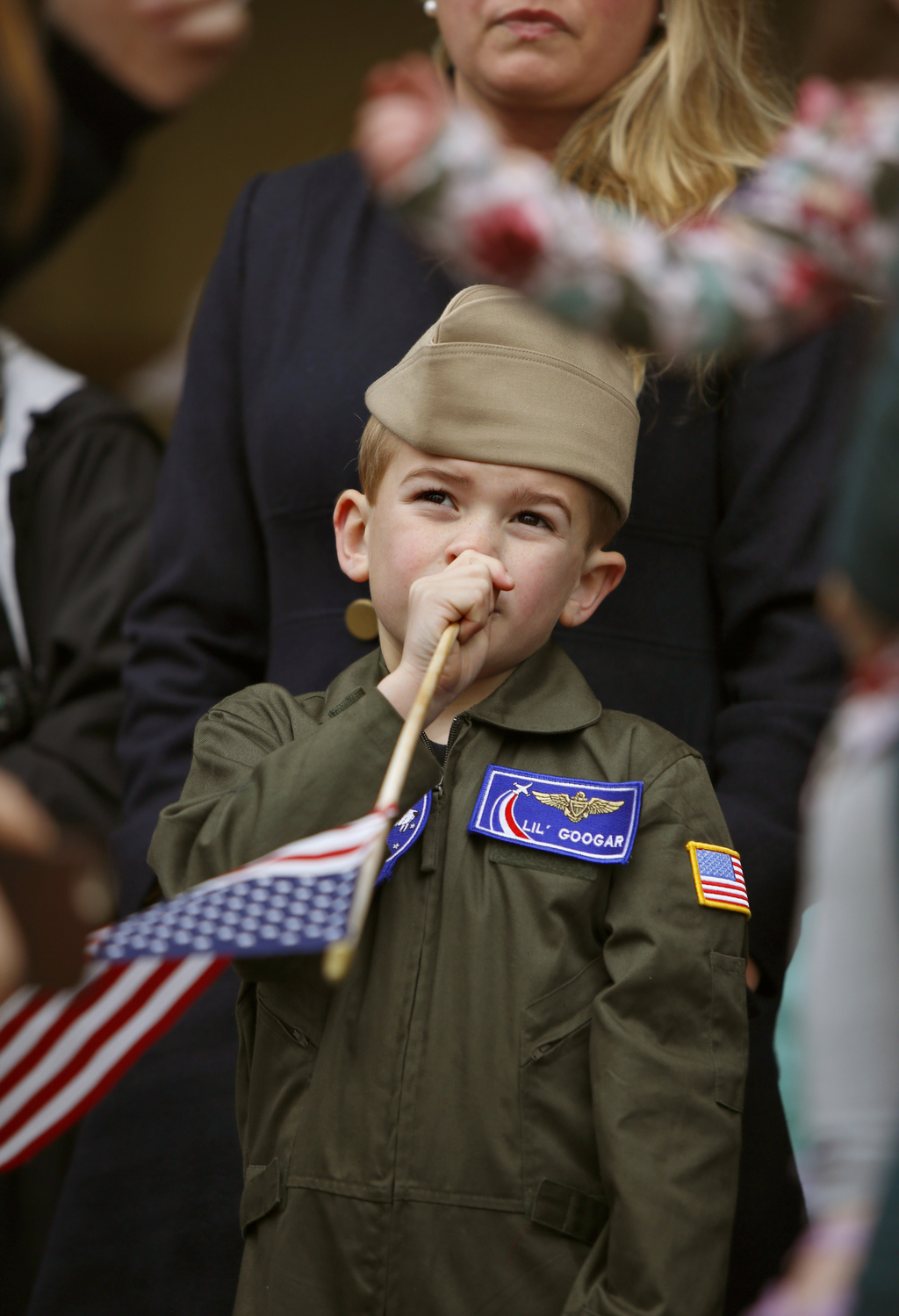 The women prayed together "for the safety of our country and that equality would remain consistent." Both supported Hillary Clinton, while the majority of the ship's crew voted for President-elect Donald Trump, said Runge, an aviation electronics technician on the aircraft carrier.

"With the election, it was kind of rough there for a while," Runge, 27, said Friday, after stepping off the carrier in its homeport of Norfolk.

"You have a lot of diversity in the Navy," she said. "But there are a lot of people who don't feel that's best for the Navy."

Even for sailors who were half a world away and deployed for the past seven months, the tensions of this year's particularly divisive presidential election were unavoidable. But Runge said the ship's leadership kept the crew united and focused on the mission at hand, which included launching air strikes against the Islamic State group in Iraq and Syria.

Runge was among more than 6,000 sailors who returned home on the Eisenhower and supporting ships. The "Ike" pulled alongside a pier to cheers from hundreds of spouses and children clutching balloons and flowers and waving signs.

Justin Wright, 23, an aviation electronics technician from Little Rock, Arkansas, said there was "a little tension. But we're brothers and sisters out there."

"So a conversation about (the election) wasn't going to split us," said Wright, who voted for Trump in part because of the candidate's stances on expanding the military and reducing illegal immigration.

For many, the campaign wasn't a day-to-day concern. There was work to do — and real threats to contend with.

In October, missiles launched from the Yemeni coast failed to strike some of the American ships in the carrier's group. They defended themselves by launching Tomahawk missiles against three sites in Yemen.

"The fact that that could happen really put a reality check on the situation," said Takiyah Robinson, 30, a Navy air traffic controller from Spring Hill, Florida.

A baby was born onboard the carrier in September. According to media reports, a sailor who never revealed she was pregnant reported abdominal pains before giving birth to a 7-pound girl. Navy policy requires pregnant women to leave ships after the 20th week.

And if the election divided some sailors, the Navy's short-lived use of gender-neutral titles united many in their opposition to it.

In September, the Navy decided to eliminate dozens of enlisted sailors' job titles, including many that end in "man," such as aviation ordnanceman. But the Navy scrapped the idea earlier this month after getting an onslaught of opposition. Some of the titles were centuries old, fueling pride and identity in a particular job.

"It was a 240-year-old Band-Aid that got ripped off in a matter of seconds," said Jennifer Cotnoir as she waited for her husband, aircraft mechanic Casey Cotnoir, to step off the Eisenhower.