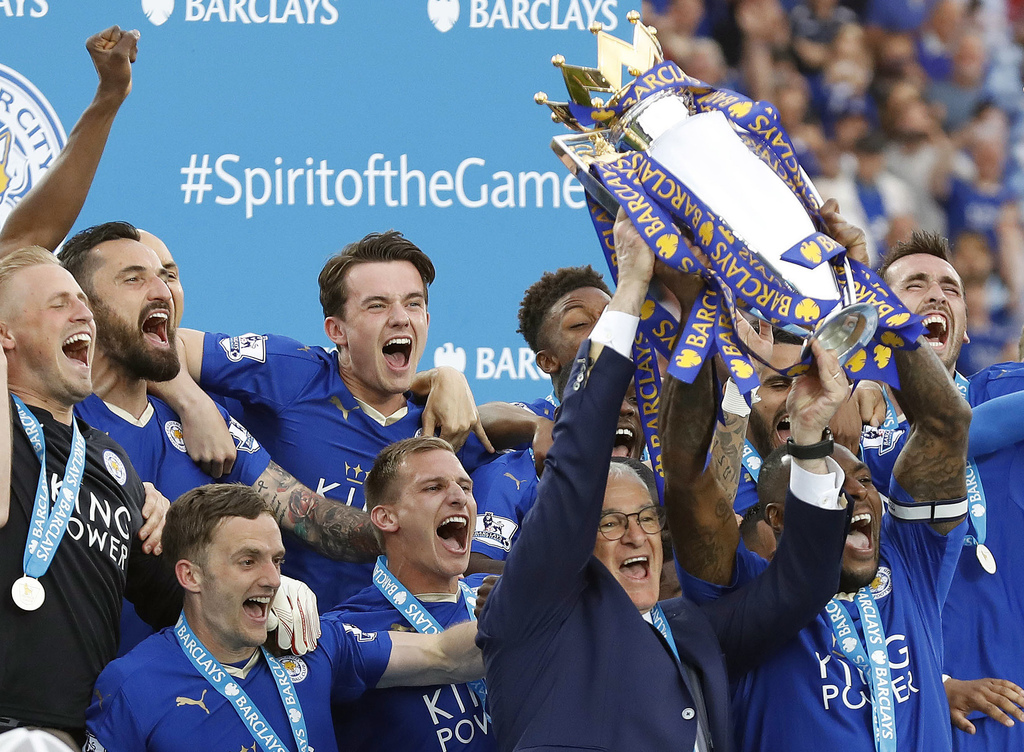 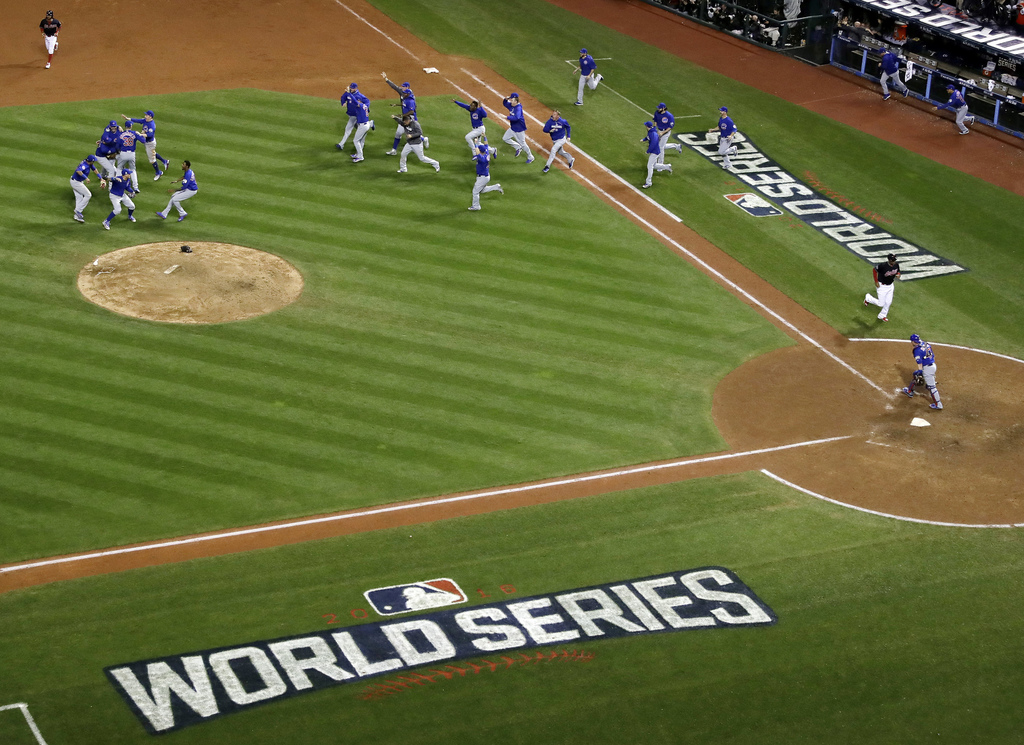 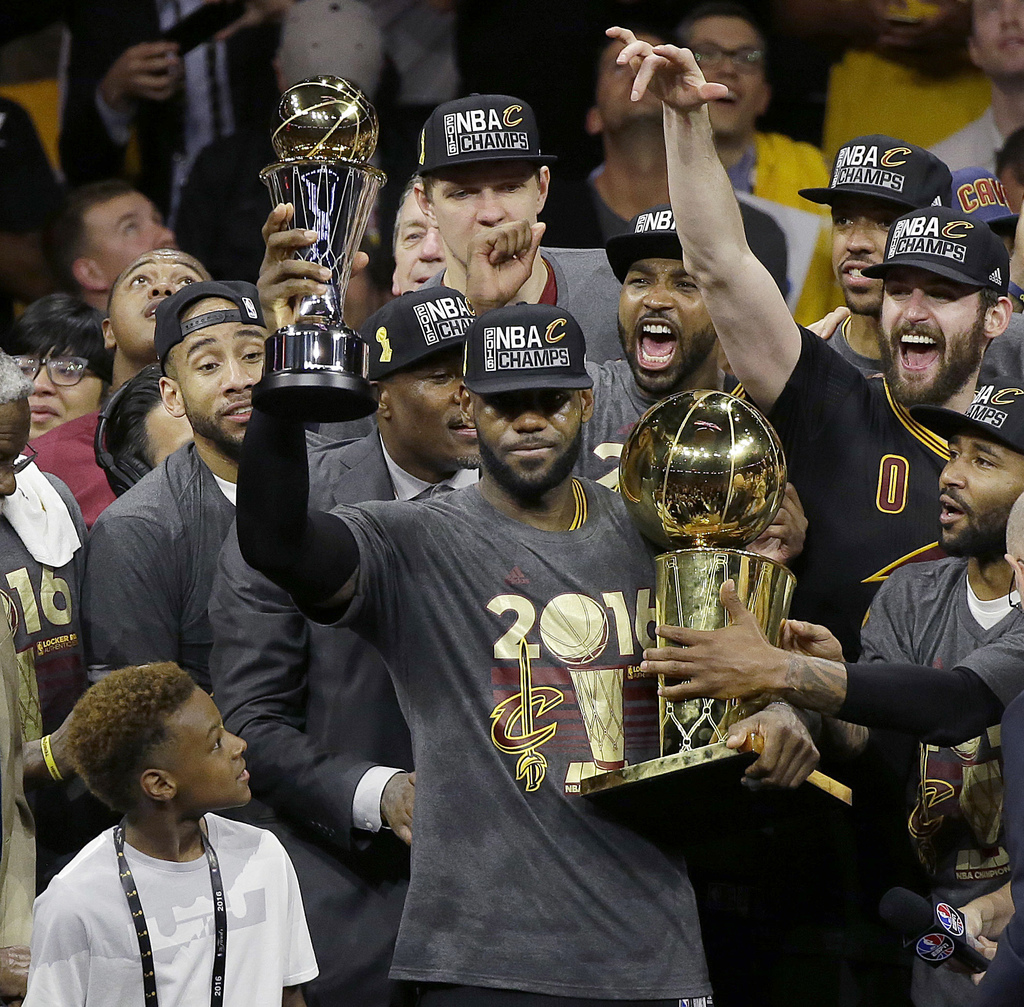 CLEVELAND (AP) — They hugged, danced and cried while waving those 'W' flags like never before after an inconceivable win — 108 years of pent-up emotion released.

But after the wait and surviving an epic, ulcer-inducing Game 7, Chicago Cubs fans — relatives spanning generations, college pals and life-long friends who came to Cleveland hoping to share history — weren't about to leave.

Someone was going to have to kick them out.

As thousands swarmed around Chicago's dugout like ants climbing a hill more than an hour after their cherished Cubbies won the World Series for the first time since 1908 by capping a colossal comeback with an 8-7 win over the Indians, the skies opened over Progressive Field.

And what began as a sprinkle turned into a hard, cooling November rain, soaking the delirious fans so caught up in the joyful celebration that they couldn't possibly appreciate the downpour's symbolism.

The drought was doused, the curse cleansed.

From Chicago to Cleveland and across the Atlantic to England, where 5,000-to-1 longshot Leicester City stunned the soccer world by winning the Premier League for its first title in 132 years, cities and teams who had suffered for decades finally finished on top.

"2016, it was a magical ride," said Cavaliers superstar LeBron James, who guided his team to an NBA title — the first for one of the city's three major sports teams since the Browns, who were on the verge of a winless season until a few days ago, ruled the NFL in 1964. And if not for the Cubs, Cleveland would have chugged more champagne.

There were a few others who ended long dry-spells:

— Villanova won its first NCAA title in 31 years when Kris Jenkins drained a 3-pointer at the horn to beat North Carolina, giving the Wildcats a championship nearly as stunning as when Rollie Massimino's team barely missed against mighty Georgetown.

— Army stopped 14 years of frustration with a 21-17 win over Navy as the next commander in chief watched from the stands.

— Down under, the Western Bulldogs, playing in their first Grand Final since 1961, ended a 64-year gap between Australian Football League titles with a win over Great Western Sydney.

All remarkable, the Cubs' victory, though, felt otherworldly.

Wait 'til next year? Yeah, someplace else.

Those lovable losers who for more than a century blamed their failures on a goat, a black cat and fan Steve Bartman for interfering with a foul ball, the Cubs rallied from a 3-1 deficit to beat the Indians, whose 68-year gap between titles is now baseball's longest. Chicago's feel-good victory was one for the downtrodden everywhere, except that it was difficult to see them as true underdogs given their $116 million payroll and collection of young stars sprinkled around the diamond.

Manager Joe Maddon made his players believe they could do it, convincing them to focus on each other and the present, and not to buy into external forces — real or imagined.

That's how they feel in Believeland, Ohio. Cleveland rocked like never before in '16.

Behind James, who had promised to bring home a title, the Cavaliers climbed from a 3-1 hole and shocked 73-win Golden State in the NBA Finals. And, like the Cubs, the Cavs won Game 7 on the road and returned as conquering heroes to northeast Ohio, which hadn't witnessed a major championship since 1964 and where the nicknames of the miscues, collapses and second-place finishes were passed down through generations like family heirlooms.

James ended the city's sports despair with a triple-double and chase-down block in the closing minutes of Game 7, a defensive gem that preceded a 3-pointer by Kyrie Irving and Kevin Love's defense on Stephen Curry in the closing seconds.

The Block, The Shot and The Stop are the newest entries in Cleveland's sports lexicon.

While the Cubs and Cavs vanquished long odds, Leicester City did the impossible.

There may not be a comparable championship in sports history to this football fairy-tale.

The Foxes weren't even in the Premiere League two years back, and then almost dropped out before climbing past perennial powers like Chelsea, Arsenal, Manchester United and Manchester City for their unexpected title. They were at their best in close games, getting 13 wins and nine ties in matches decided by one goal or fewer.

"Nobody believed we could do it, but here we are," captain Wes Morgan said.

They weren't the only ones saying that in 2016.