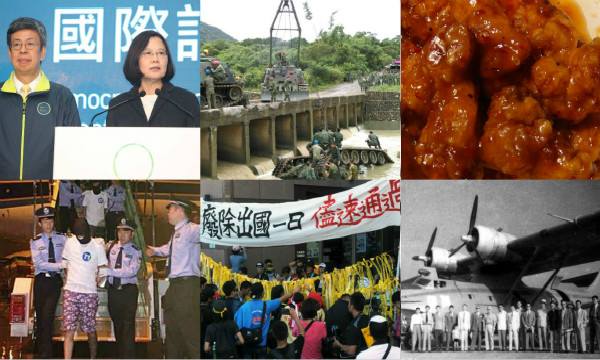 2016 has been a tumultuous year for Taiwan, with many highs and lows, including the election of its first female president, a devastating earthquake, random acts of violence, labor reforms, extreme weather events, bullying by China, turbulence in the airline industry, and an unprecedented presidential phone call. The following is a listing of the major news stories in Taiwan per month in the year 2016.

Democratic Progressive Party presidential candidate Tsai Ing-wen promised reform, cooperation and stability as she was elected Taiwan's first woman president Saturday with the highest percentage any candidate ever had.

At the same time, she can also look forward to the first-ever absolute majority the DPP has ever held at the 113-seat Legislative Yuan. A magnitude 6.4 earthquake struck Tainan on February 6 causing the collapse of the Weiguan Jinlong apartment building where 115 people perished.

The final death toll of the quake was 117 with all but two of the deaths registered at the complex in the Yongkang District, sparking an investigation into its construction process more than two decades ago. Lin Ming-hui (林明輝), former chairman of the now-defunct Weiguan company, and two other former executives Chang Kui-an (張奎安) and Cheng Chin-kui (鄭進貴) were arrested on charges of professional negligence resulting in death.

A four-year-old girl beheaded by a man in Taipei

On the morning of March 28, a four-year-old girl was attacked randomly and beheaded by a 33-year-old man surnamed Wang, who was arrested by the police at the crime scene and was said to have medical records at a public psychiatric hospital. The attack occurred at 11 AM in an empty lot located on Huanshan Road in Neihu District, Taipei City. Authorities said that the little girl was attacked by the man while she was riding a strider bike with her mother on the street. The man kept chopping the girl’s neck from the back with a cleaver, and the brutal act caused the girl to die instantly as her head was severed from her body.

He had once sought treatment at a public psychiatric hospital, in 2014, but added that it does not prove he has a mental illness. At the time, the man admitted to taking drugs, but a drug test came up negative.

Taiwan protests against 32 deportations from Malaysia to China

The government protested against the deportation Saturday of 32 Taiwanese suspects in a telecom fraud ring from Malaysia to China. Earlier in the month, as many as 45 Taiwanese citizens were suddenly deported from Kenya to China, as Beijing claimed it had jurisdiction because the victims of the scam were all Chinese citizens.

Premier Simon Chang immediately called a meeting with representatives of the Ministry of Justice and the Mainland Affairs Council to demand China start immediate negotiations about their fate, a government spokesman said. The MOJ said it was protesting against the latest move by Malaysia and China while also demanding a second round of cross-straits talks about the issue.

Such deportations of Taiwanese telecom fraud suspects from various countries to China continued throughout the year with 74 more deported from Malaysia to China on Nov. 30. Tsai Ing-wen sworn in as president of Taiwan

​Tsai Ing-wen was sworn in as president of Taiwan on March 20, becoming the first female leader in the nation's political history.

Much attention turned to Tsai's inauguration speech, in which her cross-strait policy drew much international coverage, and was heavily scrutinized by Chinese leadership.

Despite the fact that the concept of "1992 Consensus" has long been rejected by Tsai's pro-independence DPP, Tsai emphasized in her speech that the new government will work with China to maintain the status quo of cross-strait relations.

The event, which lasted two days, forced the nation's biggest carrier to cancel more than a hundred flights, affecting more than 20,000 passengers.

The strike ended with the company giving in to most of the protesters' demands, including allowing the staff to report for work at Taipei Songshan Airport instead of Taiwan Taoyuan International Airport, and higher subsidies for overseas work and more days off per year. A Taiwanese fishing boat was hit by a missile launched from a Navy corvette by mistake July 1, causing the death of its captain and injuring the three other crewmen on the boat, a Ministry of National Defense (MND) spokesman said.

Huang Wen-chung, captain of the fishing boat Hsiang Li Sheng, died in the accident, while his son Huang Ming-chih and a migrant fisherman from the Philippines and another from Vietnam suffered minor injuries, MND spokesman Chen Chung-chi said at a press conference.

In a routine Han Kuang military exercise held on August 16, a tank fell off a bridge and flipped over in the middle of Wangsha River, leading to three deaths and two injuries. The 25-year-old lieutenant Wu Te-wei, was declared dead after attempted resuscitation, adding one more death to the four original fatalities.

The deadly military exercise took place on Tuesday in Pingtung County. A Taiwanese CM-11 main battle tank, also known as a Brave Tiger, fell off a bridge due to mechanical failure after the driver, surnamed Yang, 24, failed to activate the brake and the tank landed upside down in the middle of the river. At the time of the fall, 5 army personnel were in the tank but only the driver managed to escape from the vehicle leaving four others trapped. ​Shortly before Typhoon Megi made landfall over Hualien City on Sept. 27, it had intensified into a stronger typhoon with maximum sustained winds at 205 km/h (125 mph). It was the most destructive typhoon of the year in Taiwan, with 3.19 million households losing electricity, agricultural losses estimated at NT$1.31 billion, and four people dead, including three buried alive in a landslide in Yanchao, Kaohsiung.

The Legislative Yuan passed on Oct. 21 the third reading of an amendment to the Employment Service Act, cancelling the requirement for migrant workers to exit Taiwan after working for three years.

Some 14,000 migrant workers will benefit from the new law, according to statistics of the Ministry of Labor. Under the old law, migrant workers were required to exit the island every three years, with those receiving professional training and demonstrating “exemplary service” permitted for an extension of up to 14 years.

This requirement has meant high costs for migrant workers, since it meant that they needed to pay brokerage fees each time they re-enter Taiwan, entailing a personal cost of NT$80,000 to NT$150,000 every three years.

TransAsia Airways' board announced the dissolution of the company on Nov. 22, the day services were suspended amid an investigation into insider trading.

The company started 65 years ago as a domestic airline and recently developed services to China, Southeast Asia and Northeast Asia. It is Taiwan's third airline behind China Airlines and EVA Airways. The Chinese government’s Taiwan Affairs Office spokesman An Fengshan quoted Foreign Minister Wang Yi as describing the phone call as a “small trick” on the part of Taiwan which would not change the longstanding “One China” policy adhered to by the global community.

After much criticism from China and even from some within his own party, Trump tweeted "Interesting how the U.S. sells Taiwan billions of dollars of military equipment but I should not accept a congratulatory call." It remains to be seen if this was an isolated incident, a substantial change in U.S. policy toward China and Taiwan, or the use of Taiwan as a bargaining chip in trade negotiations with Beijing. Other news of note in December included the Inventor of General Tso's Chicken death at age 98, the high school cosplay Nazi scandal and Sao Tome and Principe severing diplomatic ties with Taiwan. 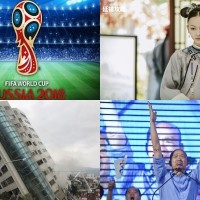 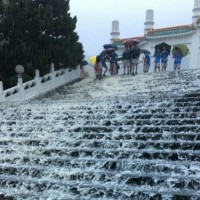 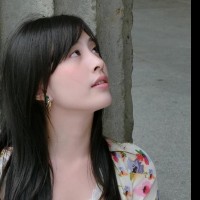 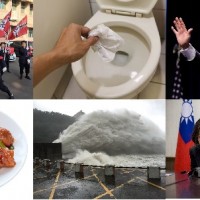