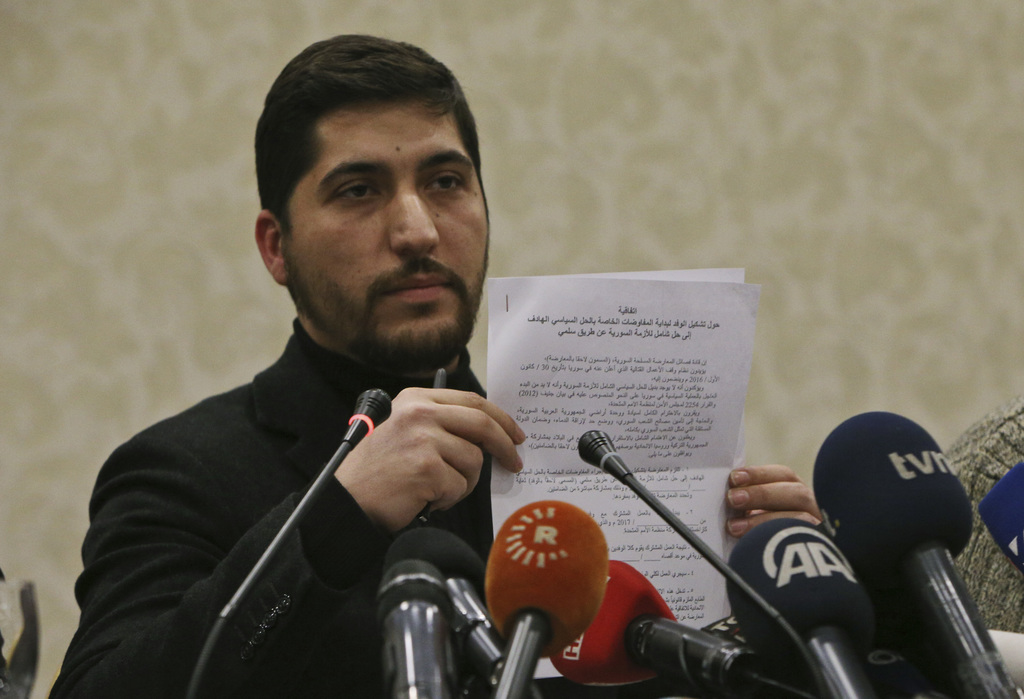 BEIRUT (AP) — Syrian opposition activists say a nationwide cease-fire that went into effect at midnight is holding despite minor violations.

The Britain-based Syrian Observatory for Human Rights reported clashes early Friday between troops and rebels in the central province of Hama and near the capital, Damascus.

Opposition activist Mazen al-Shami, who is based in the Damascus suburb of Douma, says minor clashes nearby left one rebel wounded.

The cease-fire brokered by Russia and Turkey marks a potential breakthrough in the nearly six-year-long conflict, though past truces have failed.

Turkey's state-run Anadolu Agency meanwhile quoted the military as saying Russia carried out three airstrikes against Islamic State targets near the northern town of al-Bab, where Turkish troops and allied Syrian forces have been battling the extremist group, which is excluded from the truce.