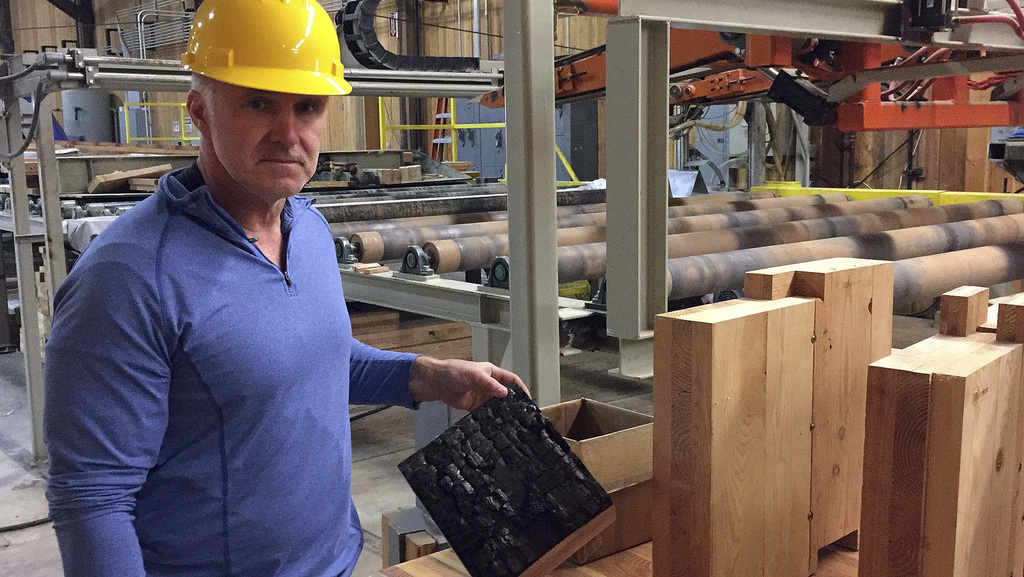 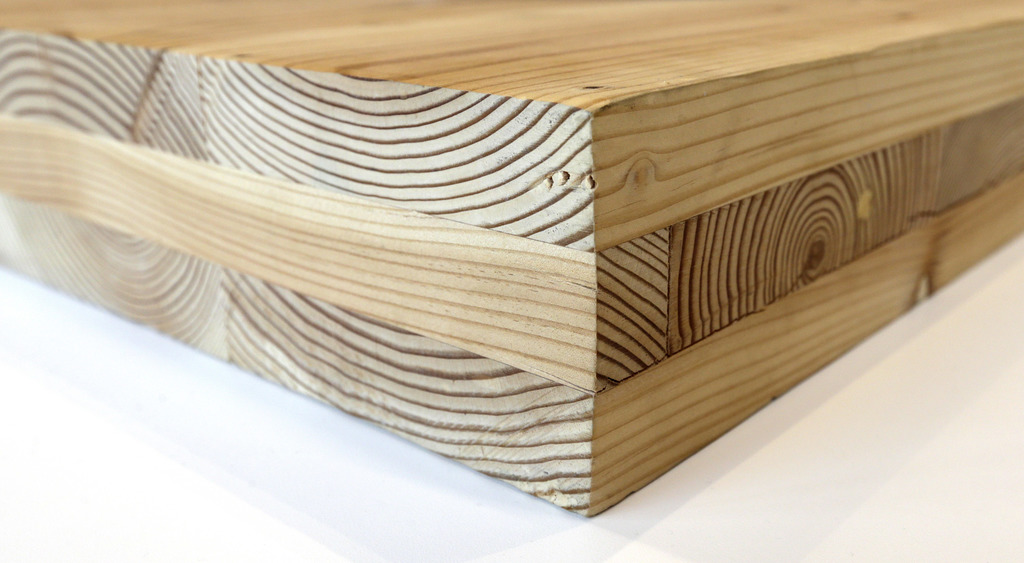 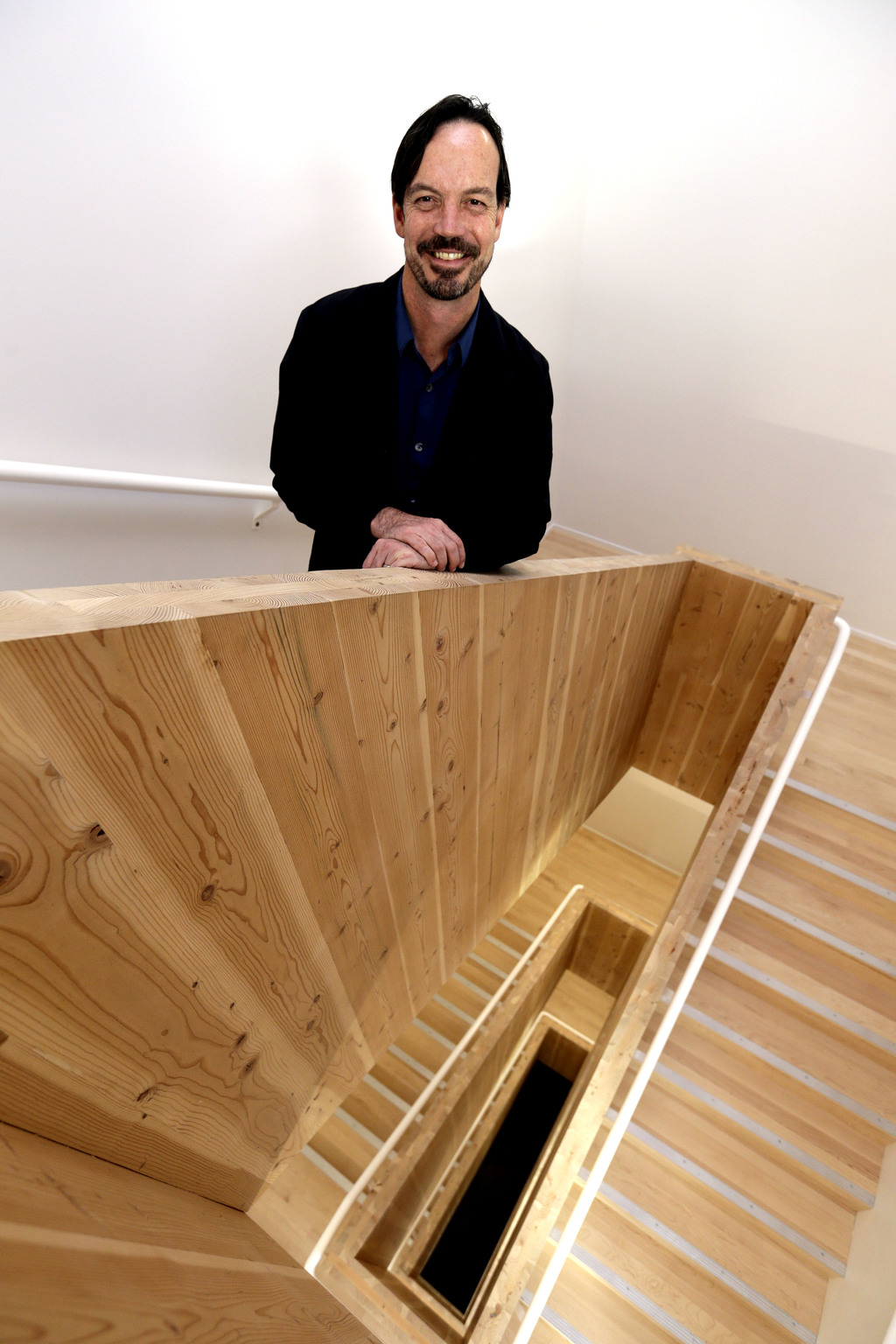 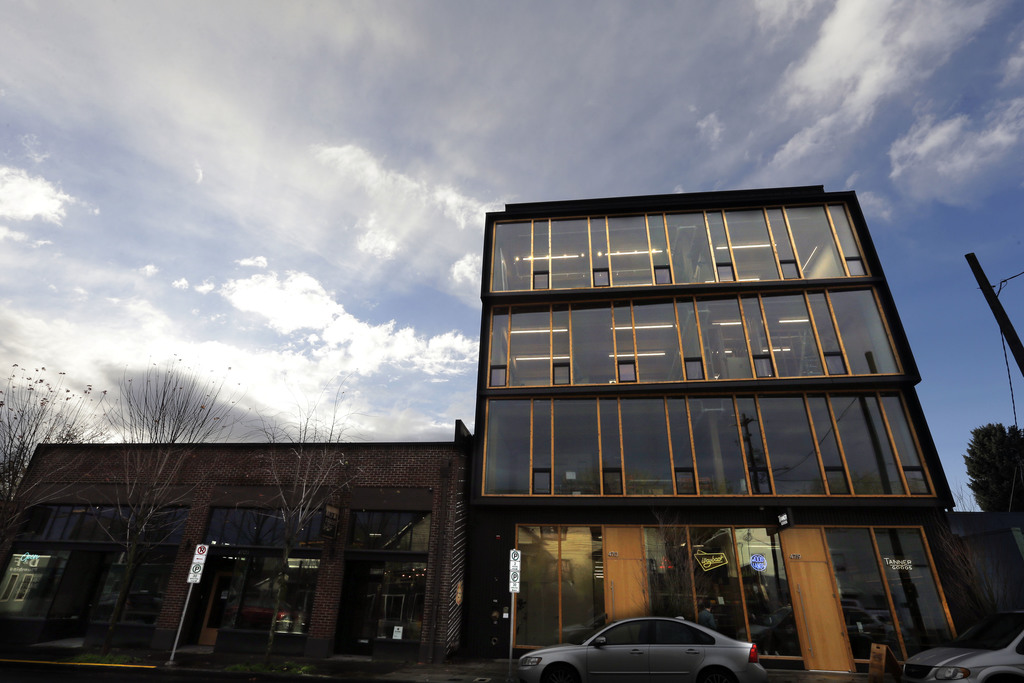 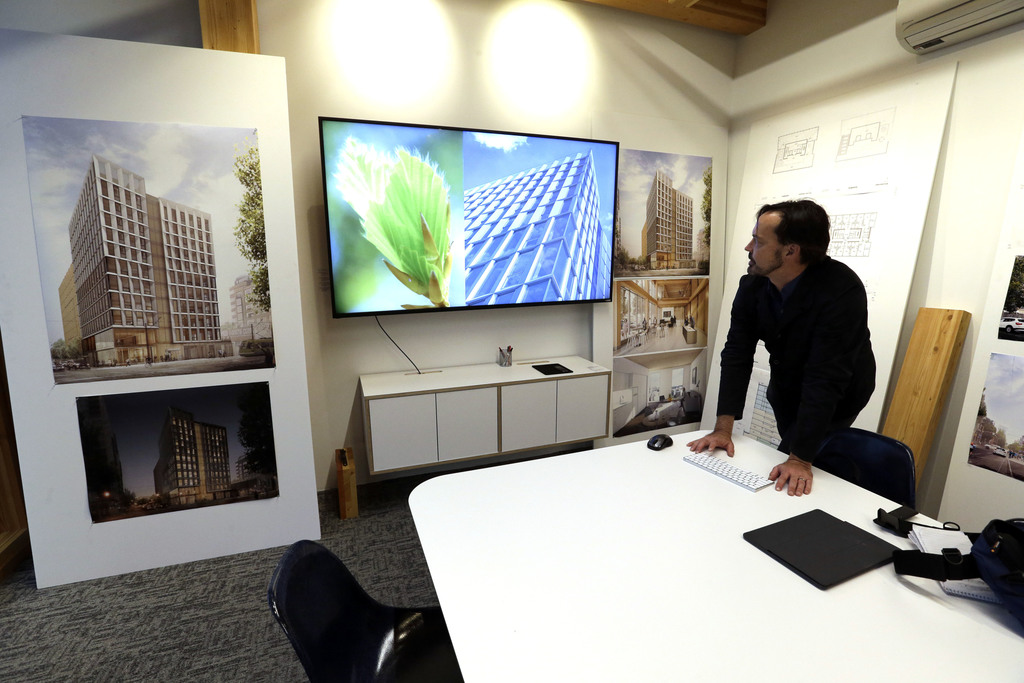 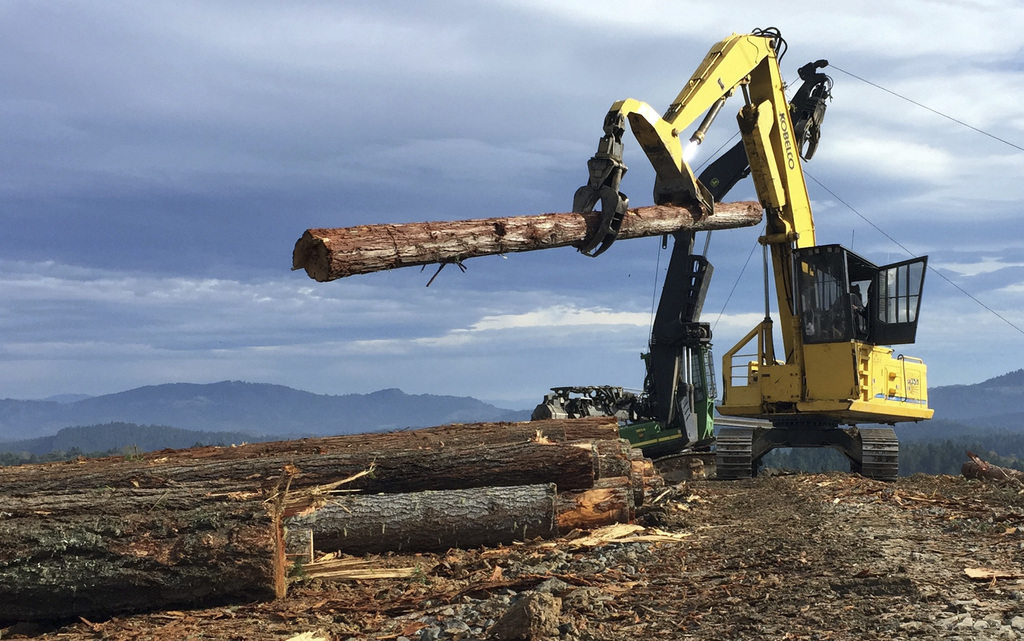 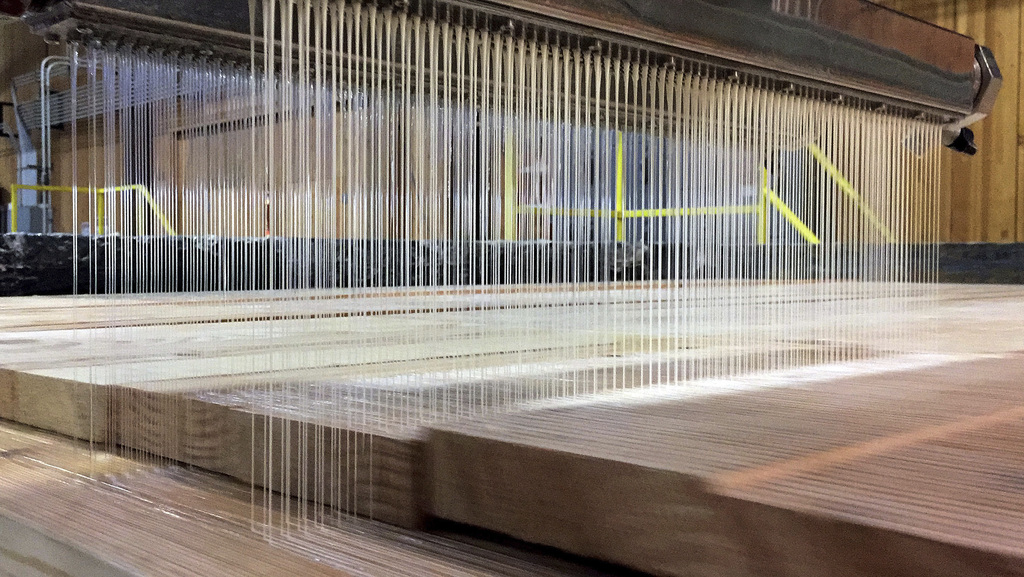 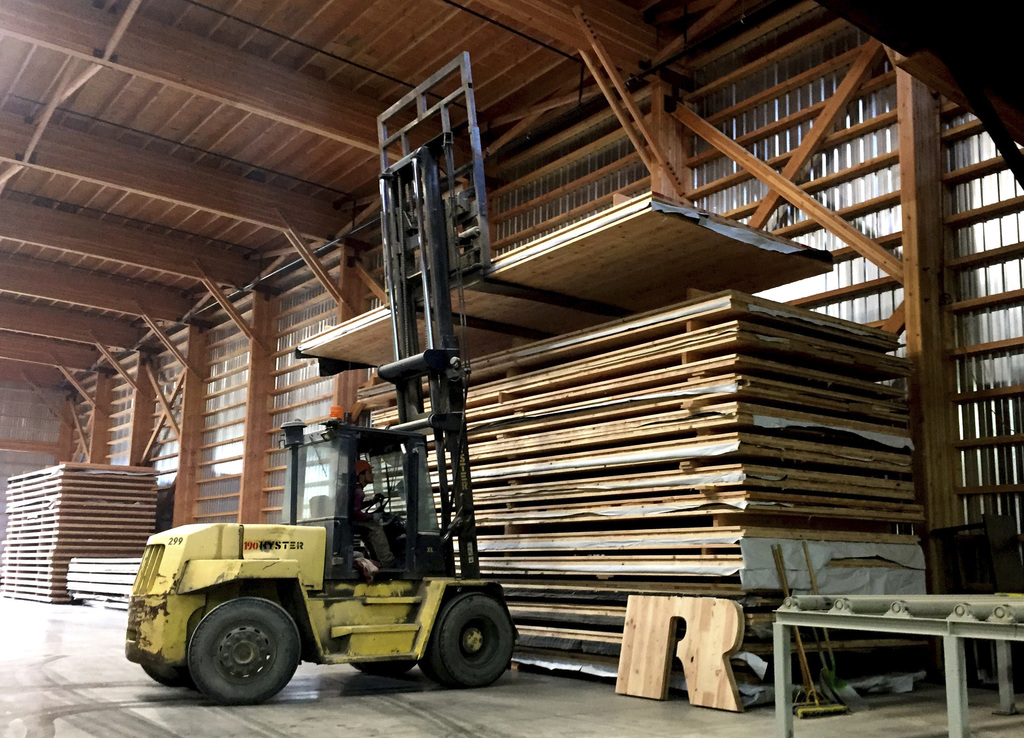 RIDDLE, Ore. (AP) — John Redfield watches with pride as his son moves a laser-guided precision saw the size of a semi-truck wheel into place over a massive panel of wood.

Redfield's fingers are scarred from a lifetime of cutting wood and now, after decades of decline in the logging business, he has new hope that his son, too, can make a career shaping the timber felled in southern Oregon's forests.

That's because Redfield and his son work at D.R. Johnson Lumber Co., one of two U.S. timber mills making a new wood product that's the buzz of the construction industry. It's called cross-laminated timber, or CLT, and it's made like it sounds: rafts of 2-by-4 beams aligned in perpendicular layers, then glued — or laminated — together like a giant sandwich.

The resulting panels are lighter and less energy-intensive than concrete and steel and much faster to assemble on-site than regular timber, proponents say. Because the grain in each layer is at a right angle to the one below and above it, there's a counter-tension built into the panels that supporters say makes them strong enough to build even the tallest skyscrapers.

From Maine to Arkansas to the Pacific Northwest, the material is sparking interest among architects, engineers and researchers. Many say it could infuse struggling forest communities like Riddle with new economic growth while reducing the carbon footprint of urban construction with a renewable building material.

Visually blemished wood that currently goes to waste can be used in the middle layers of a CLT panel without sacrificing strength or look. Supporters say it could bring sawmills back online while improving forest health through thinning dense stands and making use of low-value wood and local tree species. Trees as small as 5 inches in diameter at the top and those damaged by pests and wildfire are prime candidates.

But challenges remain before CLT becomes as common in the United States as it is in Europe and Canada, and not all builders are sold.

U.S. building codes generally place height limits on all-wood buildings for safety reasons, though a special committee of the International Code Council is investigating potential changes to address the use of CLT in such structures. And research is still underway on critical questions of how these buildings withstand fire and earthquakes in high-seismic regions.

Building codes in Oregon allow cutting-edge designs using new technology like CLT in some cases, but only after rigorous testing and an intensive approval process.

That can make such projects cost-prohibitive, said Peter Dusicka, an engineering professor at Portland State University who's been researching the strength of CLT panels.

"The early adopters are looking at it and seeing it as a good opportunity," but before CLT can take off, there will have to be more examples to get people excited and more mills producing it, said Thomas DeLuca, professor and director of University of Washington's School of Environmental and Forest Sciences.

SmartLam in Montana is the other company producing CLT panels.

Lever Architecture is using $1.5 million it won in a tall wood building competition sponsored by the U.S. Department of Agriculture and the softwood industry that's intended to promote CLT as a domestic building material. A 10-story residential tower in New York City also got $1.5 million.

The Portland firm has been working with scientists at Portland State University and Oregon State University to test the panels' strength by subjecting them to hundreds of thousands of pounds of pressure. They are also testing various methods for joining the massive panels together.

"We're looking at creating a resilient design, a design that could withstand a major earthquake — basically the earthquake that we all worry about — and be repaired," said Thomas Robinson, founder of Lever Architecture.

The results of the structural testing in Oregon will be made public for other U.S. designers, bringing the material one step closer to the mainstream, Dusicka said.

Back in Riddle, a tiny town tucked in the mist-shrouded forests of Douglas County, Redfield is once more excited about timber in a place where logging used to be king.

The 125-employee company has been inundated with visitors from around country interested in touring their new CLT business expansion.

Watching as layers of beams whirred through a glue machine, Redfield said: "We're able to take wood that may be turned into chips or pulp and turn it into a product that's pretty exciting."