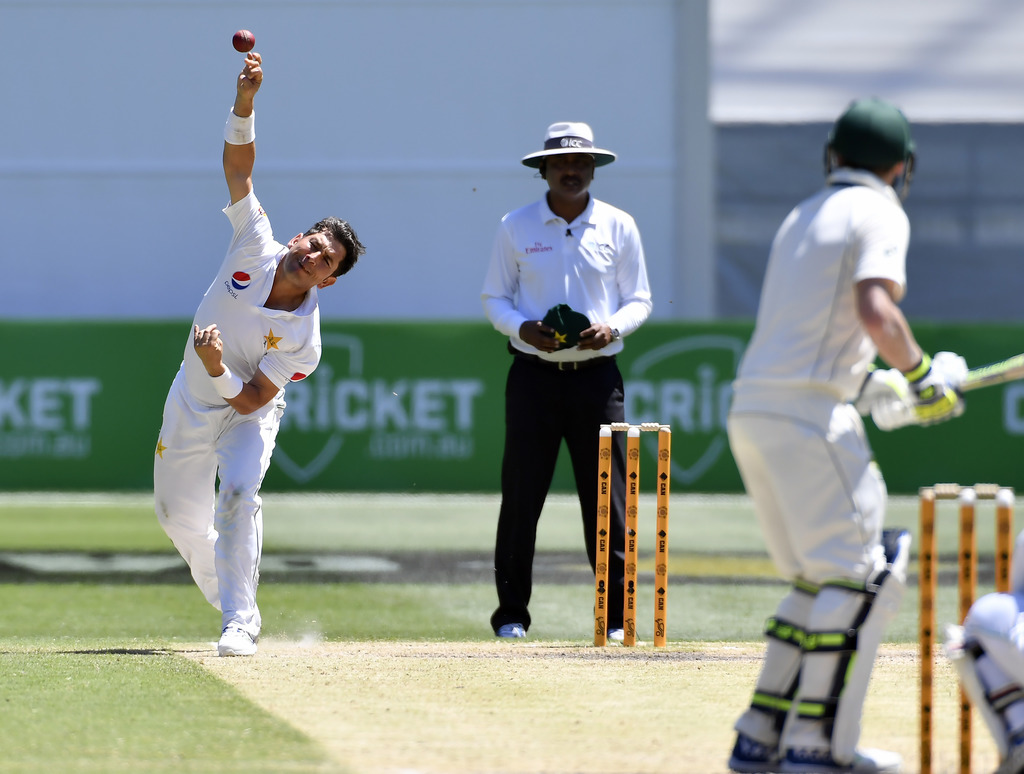 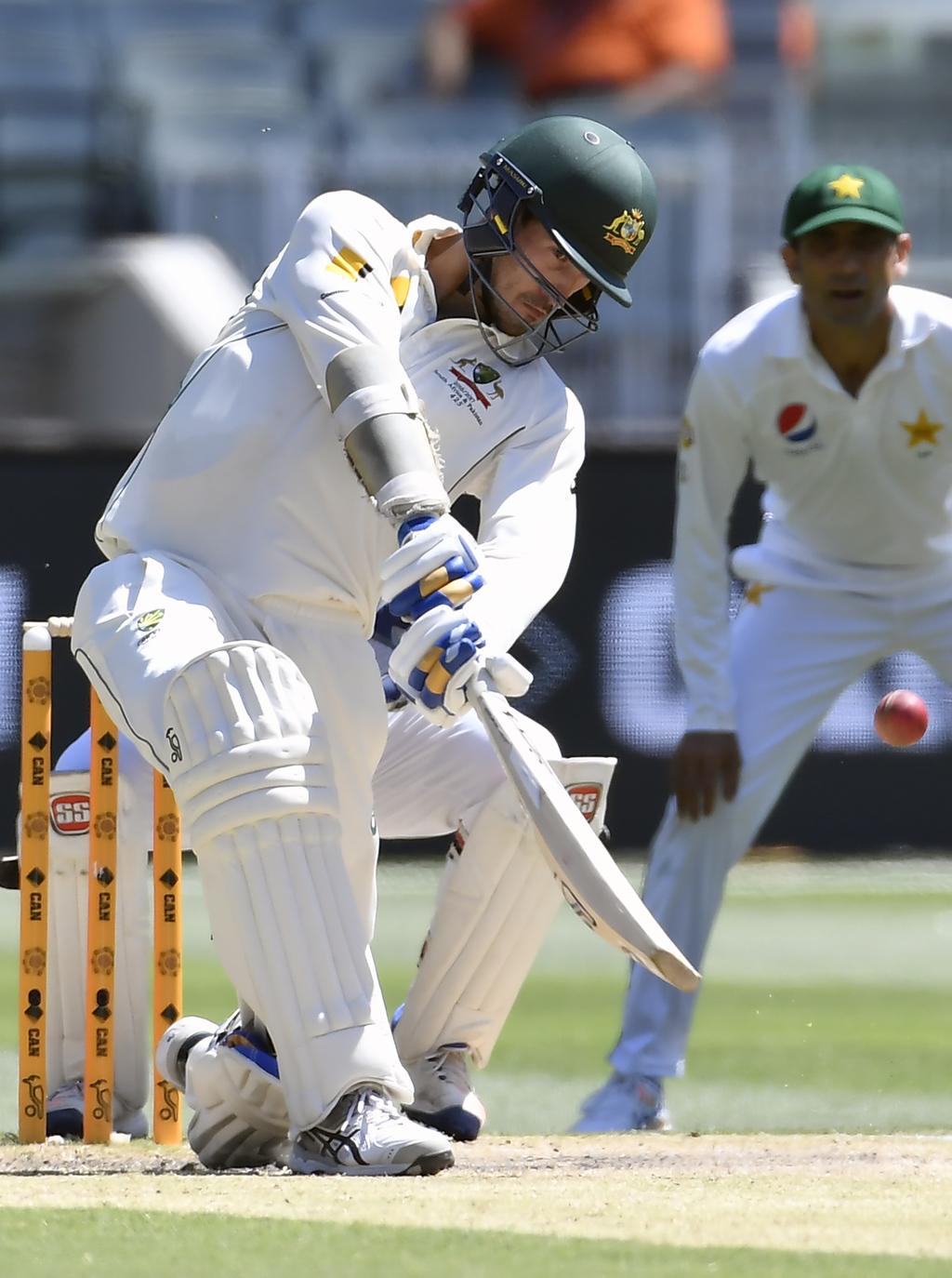 MELBOURNE, Australia (AP) — Australia captain Steve Smith hit an unbeaten 165 and then declared shortly before lunch on day five of the second test against Pakistan, in the hope of manufacturing a result over Friday's final two sessions.

Pakistan lost a wicket in the short spell before lunch and was 6-1 at the interval, having been set the task of surviving through the final two sessions.

Smith and a free-hitting Mitchell Starc (84) shared a 154-run stand before Australia declared its first innings on 624-8, in response to Pakistan's 443-8 declared.

Josh Hazelwood dismissed opener Sami Aslam, and not out batsmen at lunch were first-inning double-century-maker Azhar Ali (one not out) and Babar Azam (3 not out).

Despite the early wicket, a draw still looms as the most likely result, keeping the series alive going into next week's third test at the spin-friendly Sydney Cricket Ground, after Australia won the series opener in Brisbane.

A lot of play was lost to wet weather over the first four days, and a benign surface has offered very little assistance to the bowlers.

Starc bludgeoned seven sixes, the most in an individual innings here, and dominated the eighth-wicket stand with Smith. He hit three other fours off 91 balls and made most of his reprieve when Sohail Khan dropped him in the deep off leg spinner Azhar when on 51.

Smith continued from where he left off in his overnight 100, and played second fiddle to Starc in the partnership. Smith batted for six hours and 52 minutes and hit a six and 13 fours off 246 balls.