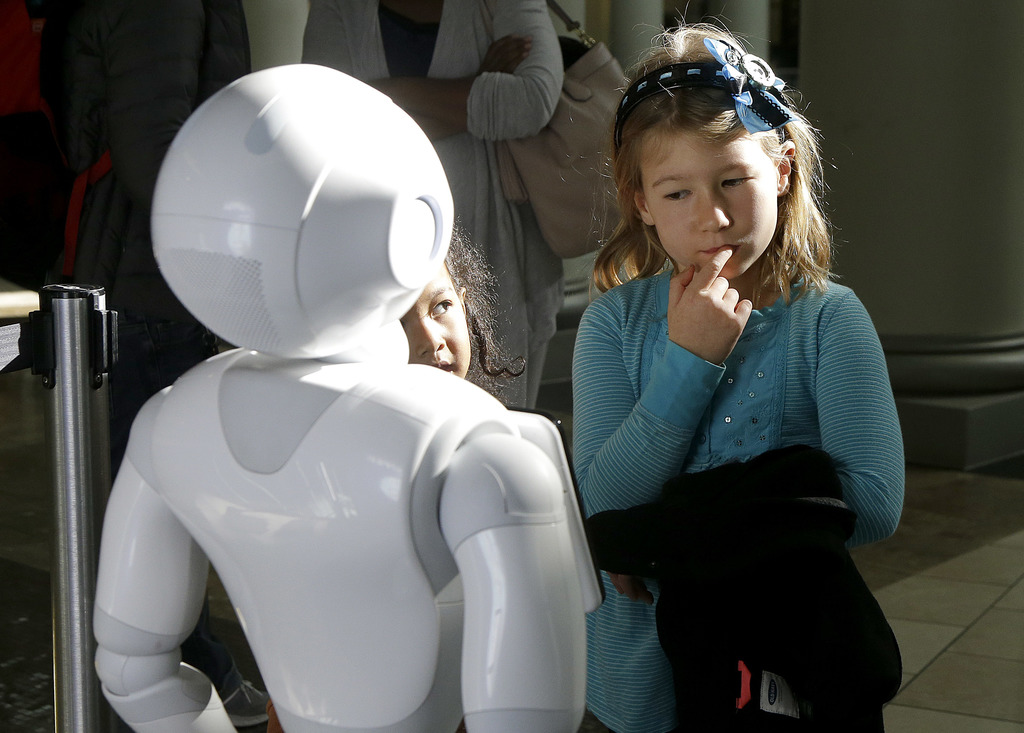 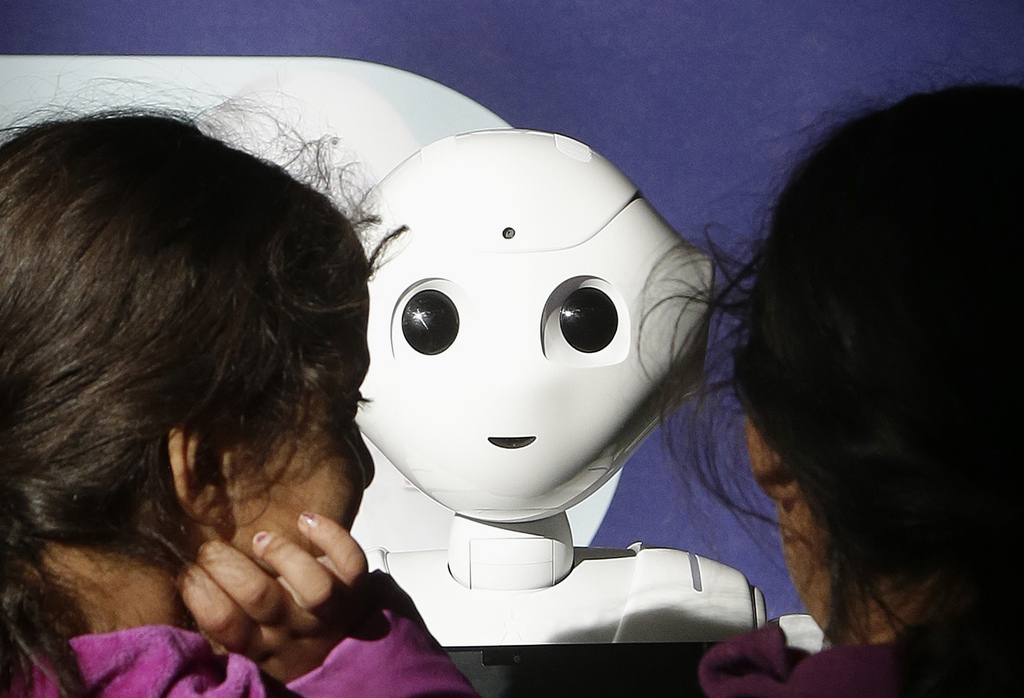 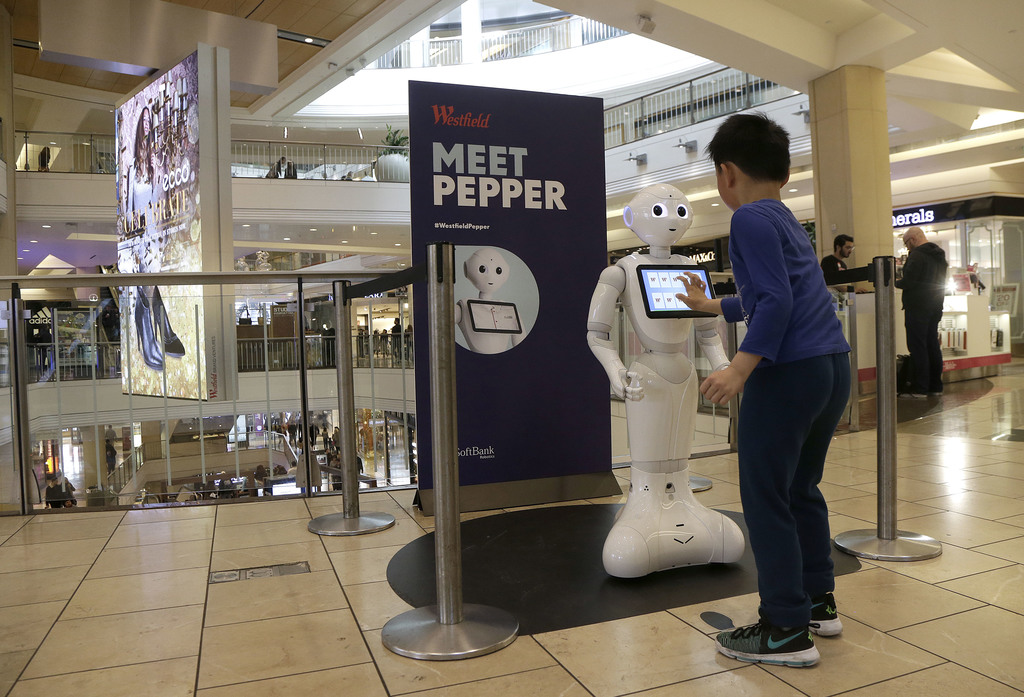 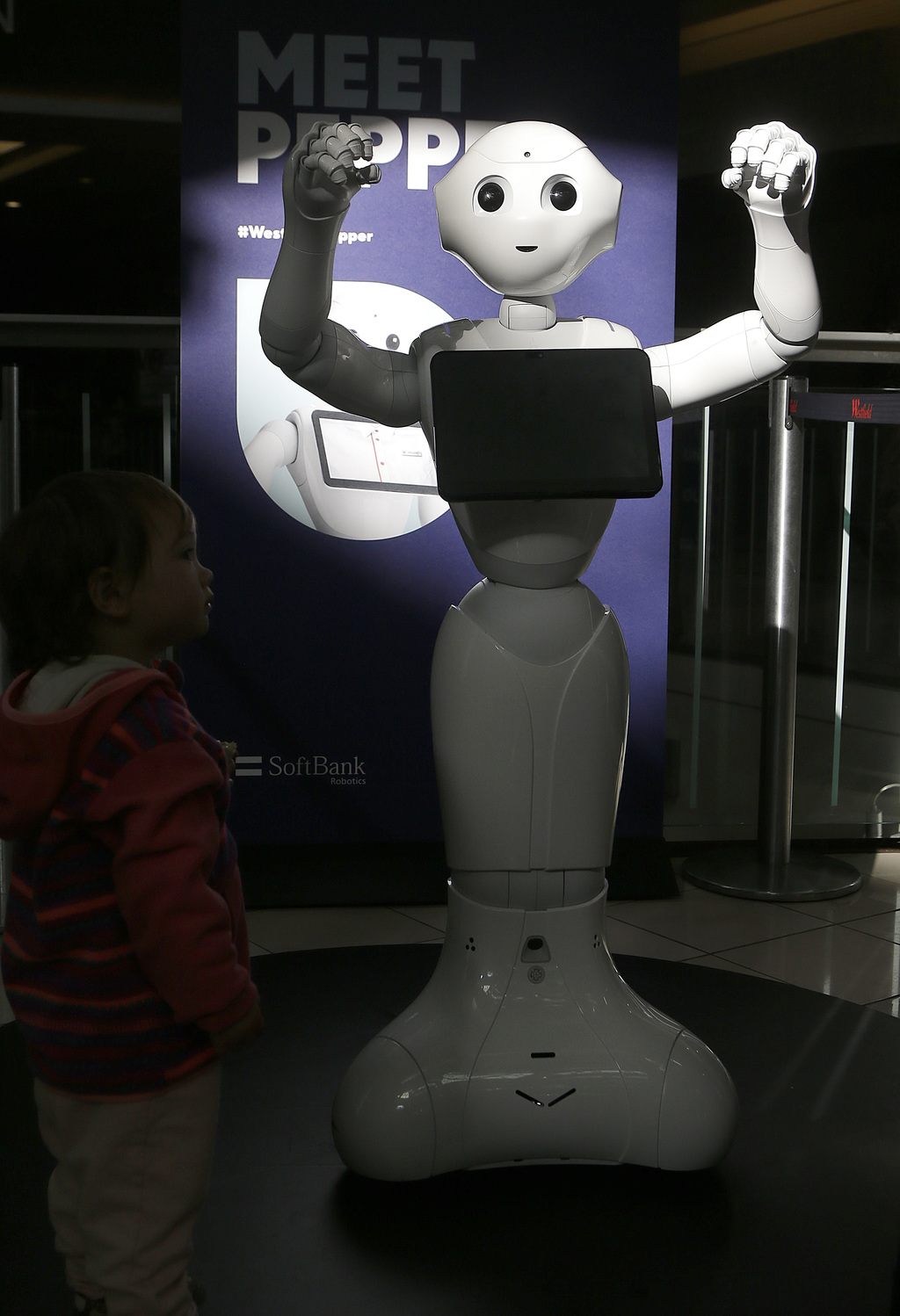 SAN FRANCISCO (AP) — While merrily chirping, dancing and posing for selfies, a robot named Pepper looks like another expensive toy at a San Francisco mall. But don't dismiss it as mere child's play.

Pepper embodies the ambitions of SoftBank Robotics, an Asian joint venture formed by a trio of major technology companies that's aiming to put its personable robots in businesses and homes across the U.S. over the next few years.

If the technology advances as Softbank Robotics hopes, Pepper could become a playmate, companion and concierge. It could eventually respond to voice commands to retrieve vital information, make reservations and control home appliances that are connected to the internet.

That's the theory, anyway. For now, Pepper is more amusing than practical, Forrester Research analyst J.P. Gownder says. For instance, Pepper has been directing shoppers to stores in the mall through text messages because it still isn't advanced enough to say them out loud. And Pepper still has trouble understanding what people are asking, requiring shoppers to type in their requests for mall directions on a tablet mounted on the robot's chest.

SoftBank is trying to improve Pepper's capabilities by focusing first on the business market — retailers, hotels, auto dealerships and even hospitals. SoftBank hopes to use those environments to learn more about what consumers like and don't like about Pepper and, from that, teach it more tasks, said Steve Carlin, the venture's general development in North America.

The recently launched test runs in Westfield Corp.'s malls in San Francisco and Santa Clara, California, mark the first time that Pepper has made an extended appearance in the U.S. The robots began appearing just before Thanksgiving and will stick around through mid-February. Carlin says about 300 to 500 people per day engaged with Pepper during its first month in the San Francisco mall. During a recent visit, kids flocked around the 4-foot-tall humanoid as it spoke in a cherubic voice that could belong to either a boy or girl.

Westfield views Pepper as a way to make shopping in the mall more entertaining and enjoyable at a time when people are increasingly buying merchandise online. Three Peppers are sprinkled in heavily trafficked areas around Westfield's San Francisco mall and the two more are in the Santa Clara center. If all goes well, Westfield also plans to bring Pepper to its New York mall at the World Trade Center and Garden State mall in Paramus, New Jersey.

"We put her in our (human resources) system and have given her a name tag," says Shawn Pauli, senior vice president for Westfield.

Pepper got its start two years ago in Japan before expanding into Europe. In those two markets, more than 10,000 Peppers are already operating in grocery stores, coffee shops, banks, cruise lines, railway stations and homes. Most of the robots are in businesses. SoftBank hasn't disclosed how many have been sold to consumers.

Carlin acknowledges the U.S. will be a tougher market to crack than Japan, where he says consumers tend to embrace new technology more quickly.

In addition, Pepper's price is likely to be out of reach for most consumers. The robot currently sells for about $2,000; a three-year subscription covering software upgrades, insurance and technology support increases the total to $18,000 to $20,000.

Softbank Robotics is controlled by Japan's Softbank Group, a technology conglomerate that recently pledged to invest $50 billion in U.S. startups. A remaining 40 percent stake is equally owned by China's Alibaba Group, Asia's e-commerce leader, and by Taiwan's Foxconn, which assembles Apple's iPhone and is considering a U.S. expansion.

Despite its pedigree, Pepper already lags behind a cruder-looking robot that home improvement retailer Lowe's has been testing as a way to help shoppers find merchandise in its sprawling stores, Gownder says.

The "LoweBot," a box-like machine on wheels, began patrolling a San Jose, California, store last month and will begin showing up in 10 other stores in the San Francisco Bay area in early 2017. If all goes well, it could become a fixture in all of Lowe's stores.

Gownder gives LoweBot the early edge over Pepper because Lowe's machine has a detailed database of the store's inventory, enabling it to quickly determine if something is in stock and then guide shoppers to the aisle where the requested item is located.

"While Pepper offers a lively, appealing interface, it remains to be seen whether it will fill the role that retailers want," Gownder says. "Does it have enough intelligence to answer customers' questions effectively?"

While LoweBot is a one-trick pony, focused on retail tasks, SoftBank's ambitions with Pepper are greater. Pepper has enough artificial intelligence to recognize smiles and frowns, helping the robot understand the mood of a person interacting with it. But it also tends to lock its electronic eyes on someone standing in front of it and continue to follow people as they look away while ignoring the next visitor.

A recent visitor to the San Francisco mall, Sharif Ezzat, noticed some of Pepper's shortcomings and concluded that the robot is still a long way from having mass appeal.

"I can't see it right now, but I can see where it's going," Ezzat said of Pepper's potential.

Chaz MacSwan, a puppeteer in San Francisco, was more impressed.

"Look at the joy it's bringing to people, especially the kids," MacSwan said. "I'd love to have one, especially if it could clean the carpets."