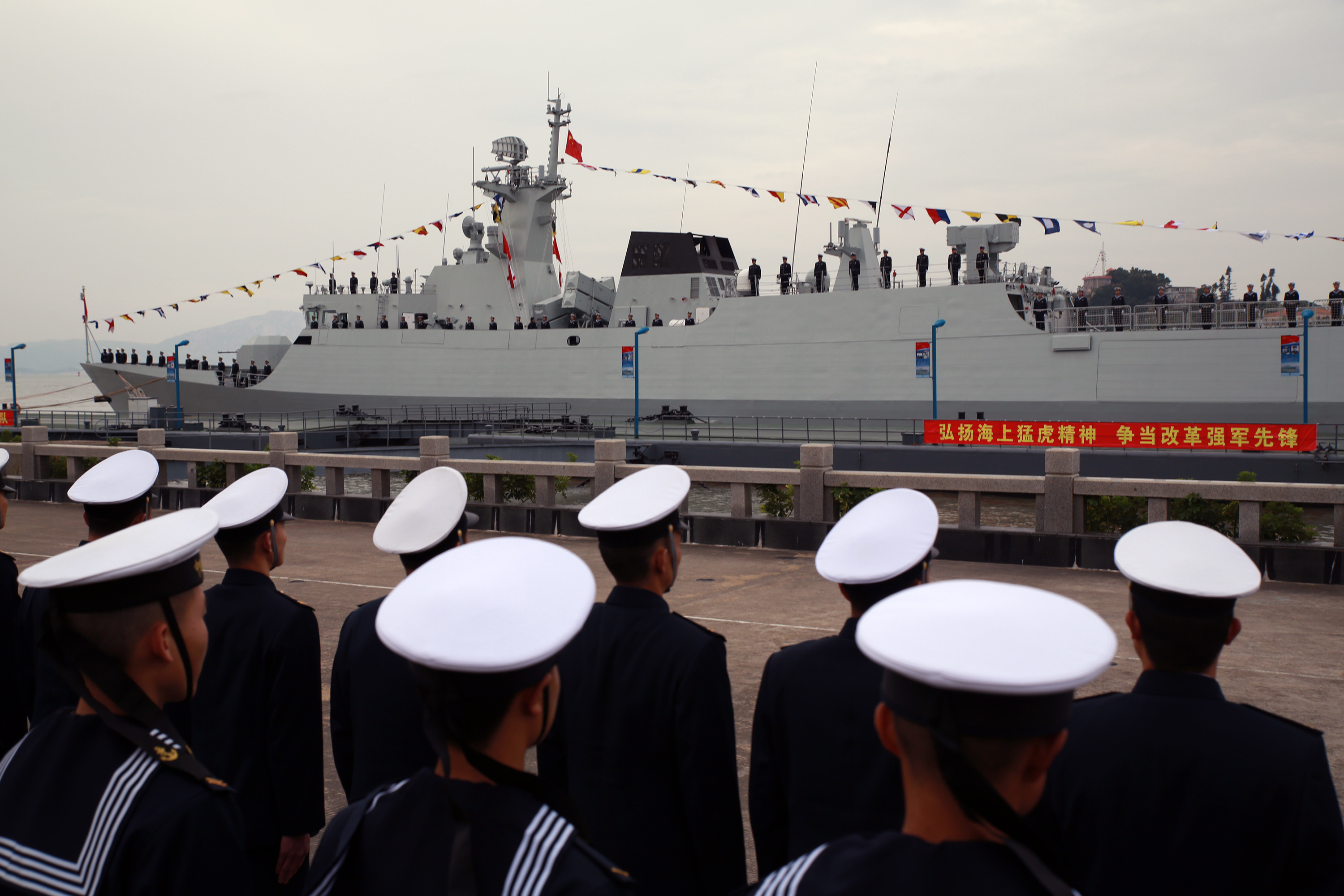 President Xi Jinping has never made it a secret that he is taking an aggressive stance on the island disputes in the South China Sea, but his military’s recent moves seem to have brought him closer to Taiwan.

Over the past few days, China sent its only aircraft carrier, the Liaoning, into the Taiwan Strait from north to south, eventually ending up at the island of Hainan. That came hard on the heels of air force maneuvers bringing jet aircraft close to Taiwan on several sides. The publication of the picture of a Chinese bomber jet apparently close to an unspecified Taiwanese mountain gave rise to the perception that the Chinese military could move around the island with impunity.

The incidents gave further rise to the impression that the world is growing more dangerous, leading to more uncertainty as China pushes its agenda to build more aircraft carriers, expand into the Pacific Ocean and challenge the United States.

New Philippines President Rodrigo Duterte’s attitude toward Washington has given Beijing the hope that the U.S. is not invincible, and that it can break through the “first island chain” without repercussions.

U.S. allies in East Asia from Japan to Singapore had been seen as a chain blocking China’s maritime expansion, but now that one country which had been angry at Beijing over the South China Sea disputes has suddenly changed its stance, the chain has turned rusty.

More than ever, Taiwan’s own military planning is coming under closer scrutiny.

The arrival of Donald Trump in the White House in January, while at first seen by many as a reason to panic, has, for Taiwan at least, turned into a source of hope, due to his willingness to accept the surprising December 2 phone call by President Tsai Ing-wen.

However, even though the new president looks like embarking on a Taiwan-friendly course, it remains to be seen whether he will treat military assistance and arms supplies to the island as a strategic choice or merely as another item on an agenda to promote U.S. exports.

On the domestic side, Trump has started questioning the prices of military hardware for his own government, but the question remains unanswered whether he will do the same when it concerns arms sales to Taiwan, which would reap in extra export dollars for the U.S. economy.

While the U.S. is virtually the only country still willing to displease China by selling arms to Taiwan, that does not mean that the Tsai Administration should accept anything that comes from Washington. Some arms packages have in the past often been described by Taiwanese opposition politicians as “scrap metal,” or unwanted technologically backward products the U.S. wants to get rid of at a high price.

The Ministry of National Defense, in conjunction with the Tsai Administration’s national security experts, should determine what kind of weapons Taiwan needs and what level of pricing it can afford.

There is no room for waste, and every project, every weapons system, every price needs to be easy to explain to the public so it can be acceptable as an essential element of the country’s defense against China.

In addition, sufficient investment needs to be channeled to the domestic weapons manufacturing industry, with the long-lasting issue of the domestic production of submarines to be evaluated and moved on.

No matter which party is elected to run Taiwan, China is unlikely to abandon its brazen claims of sovereignty over the island, its “One China Principle,” its “1992 Consensus” and other worn formulas and slogans.

Taiwan needs to realize that even though war is not likely in the near future, a military option is something that Beijing is unlikely to shove aside for long. Some have named 2020 as the year when China is most likely to move in, but that relies on a variety of factors, including the strength of the Taiwanese military and the support it could enjoy from its international backers, such as intervention from a determined U.S. administration.

While a proposal from former Vice President Annette Lu to reintroduce general conscription and for the first time also apply it to women is far too drastic a measure, the government needs to work out its priorities for the new strategic environment in East Asia, a region where China and the Trump Administration are likely to remain the key players for a long way to come.