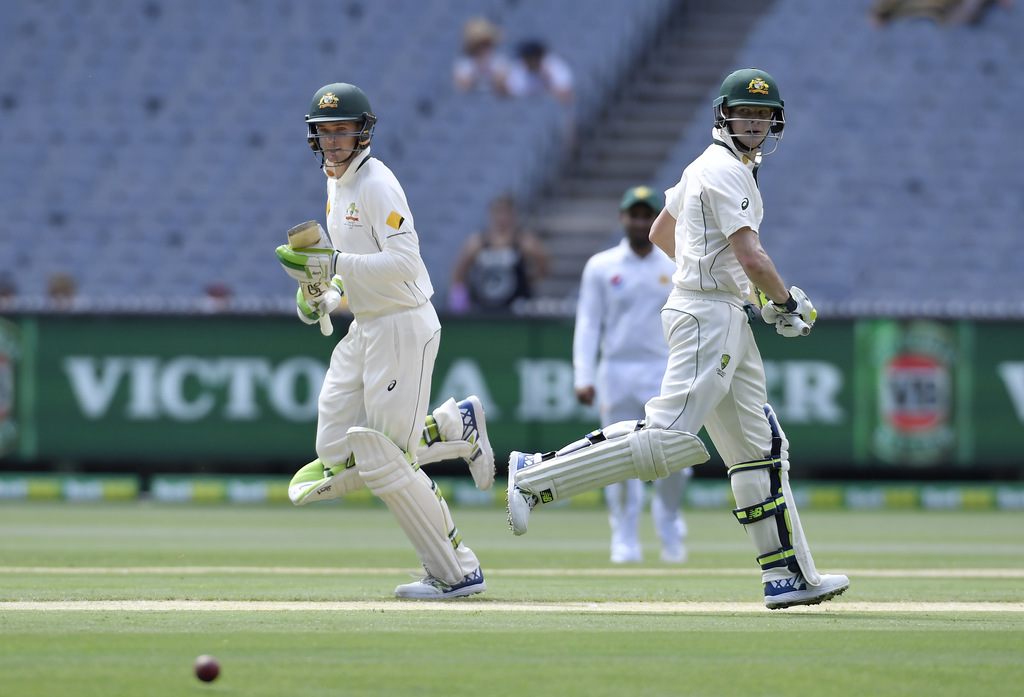 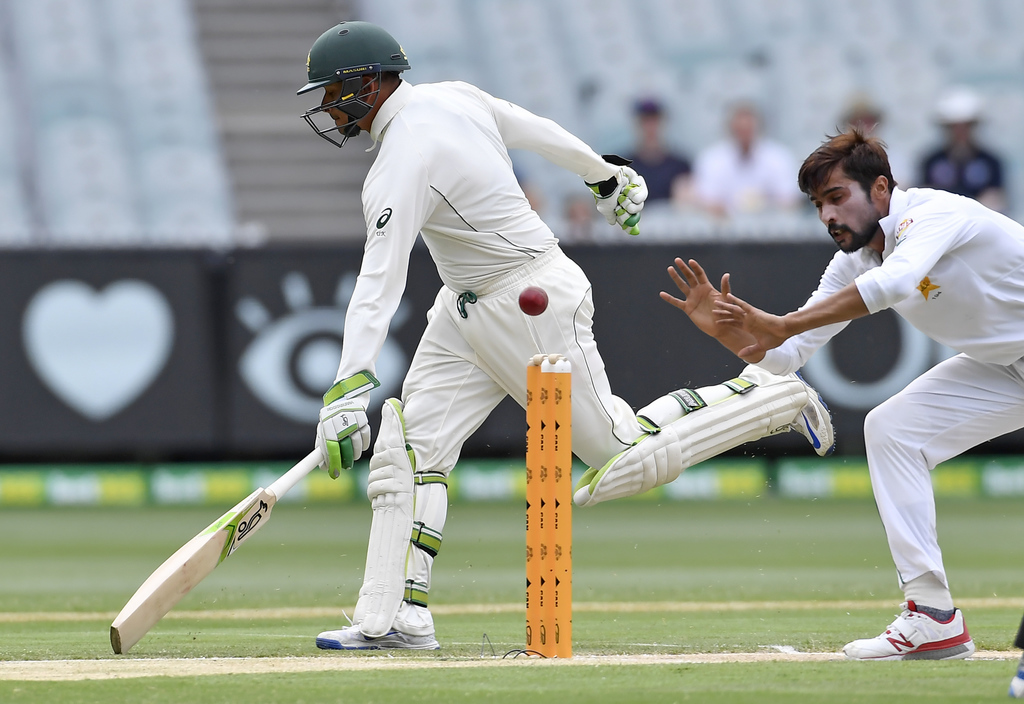 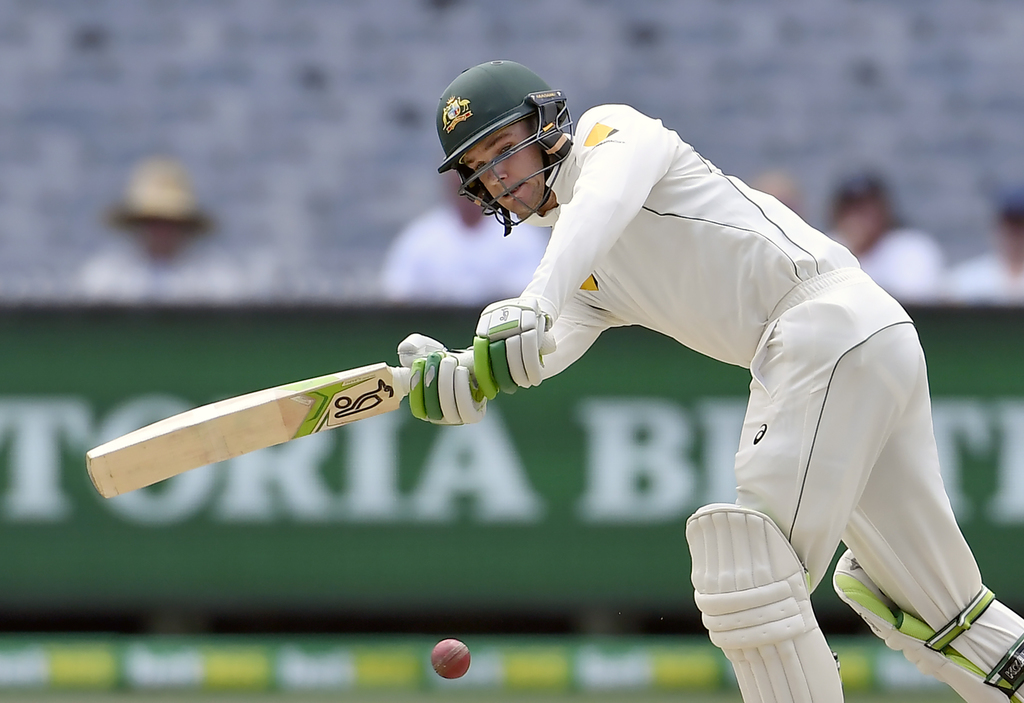 Australia was 465-6 in its first innings at stumps of a rain shortened fourth day with Smith and Mitchell Starc unbeaten on 100 and seven runs respectively. No play was possible after tea due to thunderstorms around the Melbourne Cricket Ground.

Australia was 32 runs ahead of Pakistan heading into the final day.

The skipper was uncharacteristically subdued in his near five-hour innings. Dropped on 45 by Azhar Ali at third slip, Smith batted in the company of Peter Handscomb (54) and Nic Maddinson (22) to put Australia in front.

Australia lost Maddinson and Matthew Wade (9) in the post-lunch session but Smith batted with conviction and purpose as the hosts sought to build a big first-innings lead and attempt to bowl Pakistan out on day five, but rain intervened.

Maddinson was beaten through the air and off the pitch by Yasir Shah leg spin and was bowled, and soon after Wade edged a catch to first slip Asad Shafiq off swing bowler Sohail Khan (2-86).

Resuming on 278-2, Australia didn't start the day well when it lost Usman Khawaja for 97 when the left hander chased a wide Wahab Riyaz (2-135) delivery and edged a catch to wicketkeeper Sarfraz Ahmed.

Khawaja, who set up the Australian innings during his 198-run second wicket with opener Dave Warner (144), added just two more runs to his overnight total.

With the drop-in pitch offering very little assistance to the bowlers, Smith was joined by Handscomb and they shared a 92-run stand for the fourth wicket.

Handscomb raced to his half century off 88 balls. He was dropped on 51, but didn't last much longer and drove a catch to Sami Aslam at point off swing bowler Sohail Khan.

Pakistan innings was set up Azhar's unbeaten 205 which was only the fourth double century by a visitor at this historic venue.

Azhar left the field in the afternoon after taking a blow on his helmet fielding at short leg, from a Wade pull shot. A Pakistan team spokesman said he would be fit to bat if required on Friday.