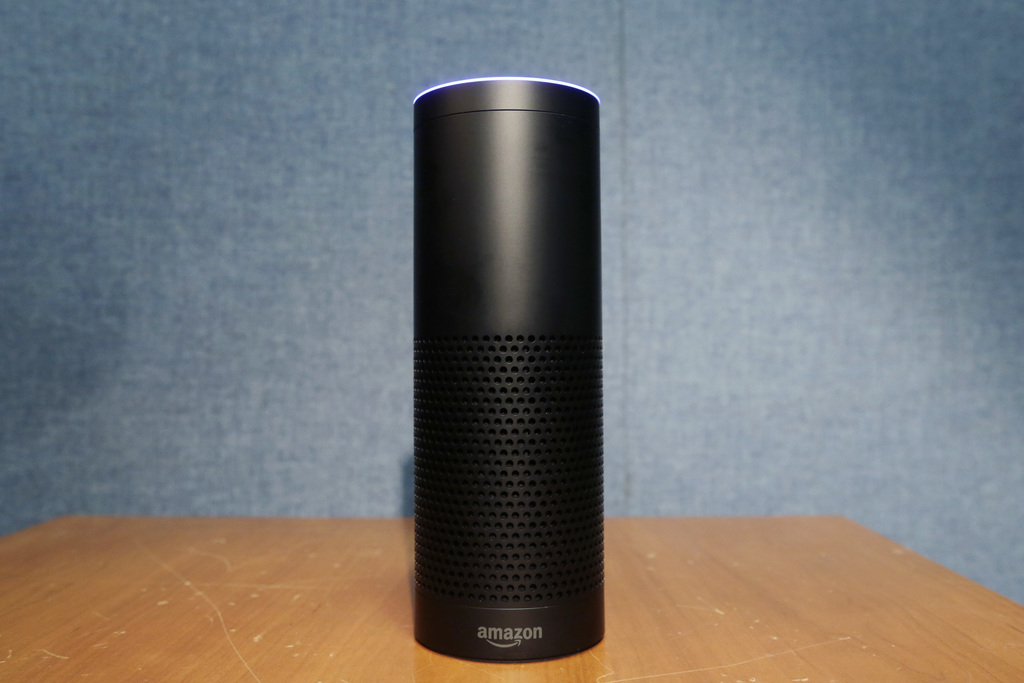 LITTLE ROCK, Ark. (AP) — Authorities investigating the death of an Arkansas man whose body was found in a hot tub want to expand the probe to include a new kind of evidence: any comments overheard by the suspect's Amazon Echo smart speaker.

Amazon said it objects to "overbroad" requests as a matter of practice, but prosecutors insist their idea is rooted in a legal precedent that's "as old as Methuselah."

The issue has emerged in the slaying of Victor Collins, who was found floating face-up last year in the hot tub at a friend's home in Bentonville, about 150 miles northwest of Little Rock. The friend, James Andrew Bates, was later charged with murder.

Prosecutors have asked the court to force Amazon to provide data from the Echo that could reveal more clues about the night of Nov. 22, 2015, when Collins was apparently strangled and drowned.

Benton County Prosecuting Attorney Nathan Smith said Wednesday that he has no idea if the device recorded anything related to the death. But looking for clues is simply "a question of law enforcement doing their due diligence."

Like any investigation, "law enforcement has an obligation to try to obtain evidence of the crime," Smith said.

The device is a cylinder-shaped speaker with internet-connected microphones that debuted in late 2014. Similar to other gadgets, it listens for a user's voice and responds to commands — to play music, read the morning headlines or add an upcoming event to a calendar, for instance. The Echo can speak back to the user in a female voice known as "Alexa."

The search warrant, signed by a judge in August, requests all "audio recordings, transcribed records, text records and other data" from Bates' Echo speaker.

So far, authorities have obtained only basic subscriber and account information. Smith said Wednesday that his office has had discussions with Amazon, but that the bulk of the request remains unfulfilled.

The prosecution's request was first reported this week by The Information, a news site that covers the technology industry.

Amazon spokeswoman Kinley Pearsall declined to comment specifically on the Arkansas case but said in a statement that the company "will not release customer information without a valid and binding legal demand." Amazon, Pearsall added, objects to "overbroad or otherwise inappropriate demands as a matter of course."

On its website, the company says the Echo streams audio to cloud-based storage after it detects the user's "wake word," and that it stops recording once a question or request has been processed.

Smith compared his request to routine warrants that seek a record of cellphone "pings," which can be used to track a user's location.

"It is a search warrant for a new device, but the legal concept is old as Methuselah," he said.

The Arkansas slaying could be a test case for how evidence rules apply to information from home appliances connected to the internet such as water meters, thermostats and lighting systems, said Nuala O'Connor, president of the Center for Democracy & Technology, a nonprofit group that works on privacy and civil-liberties issues. She previously worked for Amazon.

Law enforcement agencies will have to be careful in drawing conclusions from smart systems, she said. If a case is built on changes in patterns of people's behavior, there's a chance that prosecutors and police "could guess wrong."

"That's where we're going to get into issues of circumstantial evidence," O'Connor said.

The next court hearing for Bates, who has professed his innocence, is set for March 17.