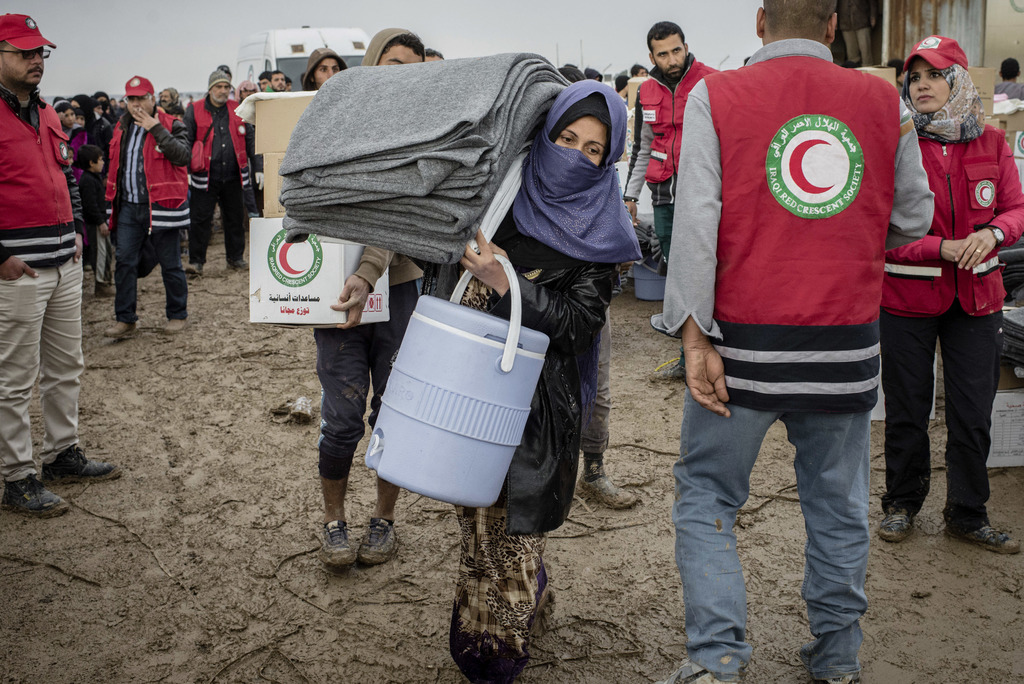 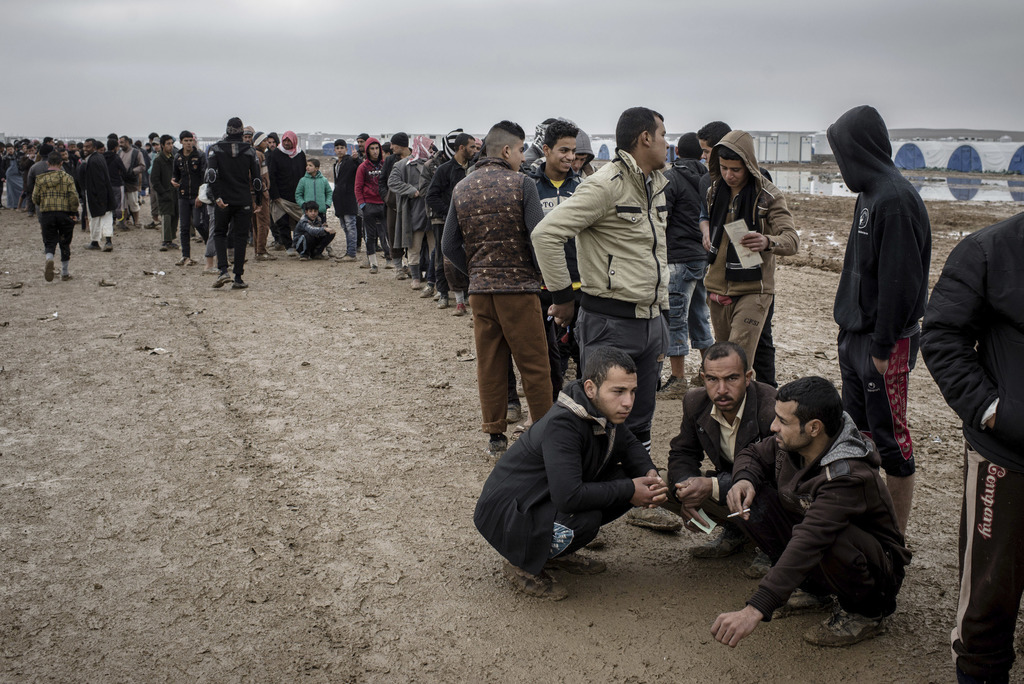 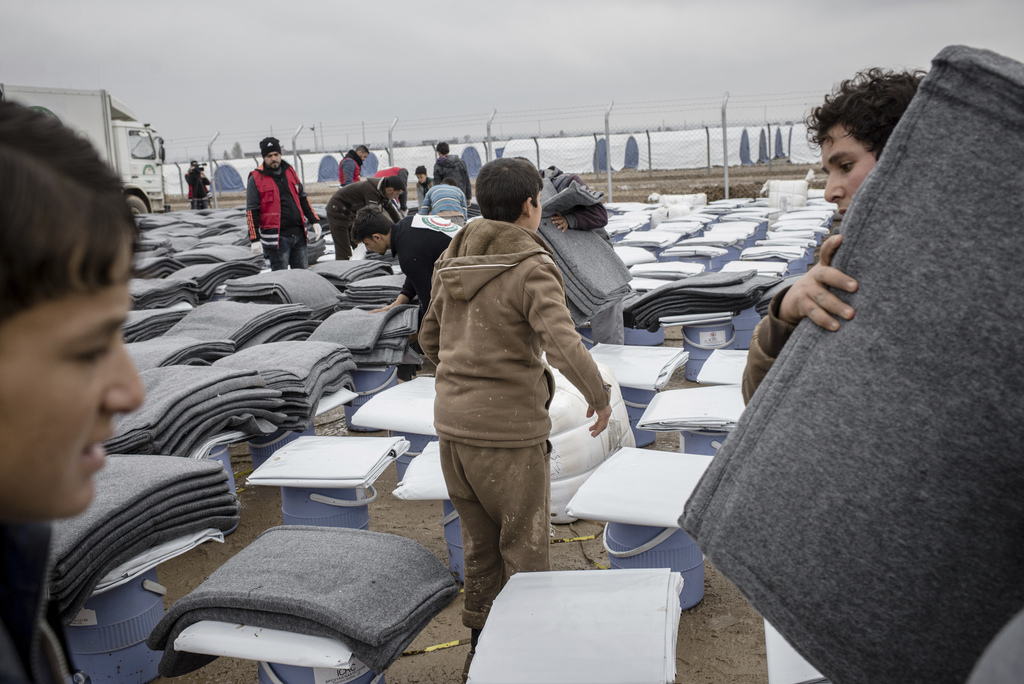 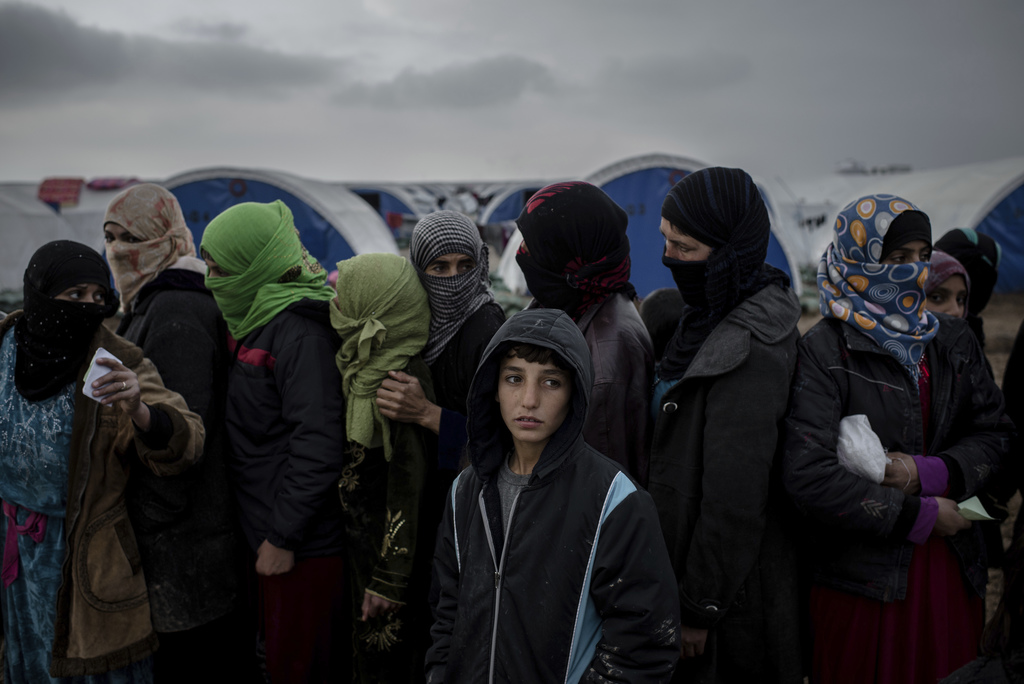 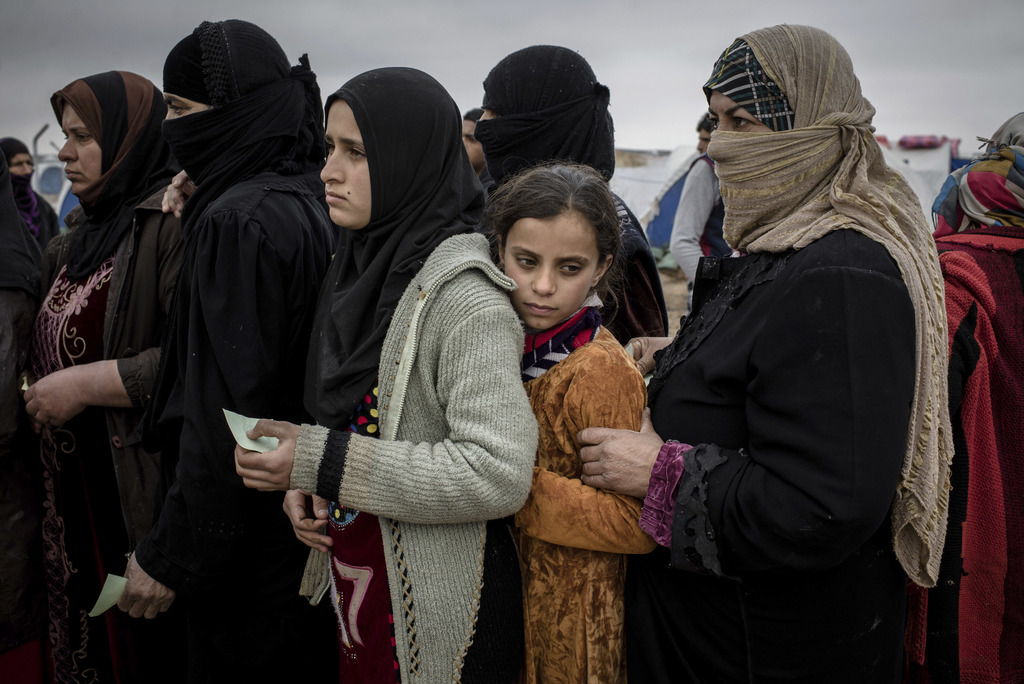 QAYARA, Iraq (AP) — The mud was three inches deep in parts of the Madrag Camp for displaced Iraqis after the heavy overnight downpour. Water seeped into the blue-and-white tents, soaking families sleeping inside.

Mahmoud Mohammed Mussa spent the morning sweeping out rainwater from the tent where he lives with his two wives and 10 children after a miserable night unable to go back to sleep. His wives went about cooking a lunch of koba, a fried pastry filled with minced beef and onions.

"Rain is our chief enemy," declared Ahmed Ibrahim, a friend standing with Mussa outside the tent. "There is no solution except for the sun to shine on us again."

Madrag, also known as the Qayara Base Airstrip Camp, is home to some 2,500 families who fled from Mosul and a string of towns and villages west of the city. They are among some 120,000 who have been forced from their homes since the military launched its campaign in mid-October to retake the northern city from the Islamic Sate group. They've reached safety in camps in Nineveh province and in Iraq's Kurdish self-rule zone.

But rain and punishing winter weather — temperatures hovered just above freezing on Wednesday night — are making their lives miserable.

In the Madrag camp, the displaced Iraqis also complain of the scarcity of clean drinking water and medication for chronic diseases like diabetes and high blood pressure. They say the heating oil they are given is not enough.

"We were last given 20 liters of heating oil 17 days ago. That was enough for just two or three days," said Ahmed Aziz, a 35-year-old from Makhmour, north of Mosul.

"Everything in our tents was soaked," said Khedr Ibrahim, 45, who fled fighting in Tal Abta, a town west of Mosul, with his wife and 10 children nearly three weeks ago. "Life is difficult here, but, thanks be to God, we are safe here and, God willing, we will go home soon."

The camp's grounds were under a treacherous layer of mud on Wednesday. Residents were forced to cross canals of sewage water on slippery wood planks barely a foot (30 centimeters) wide.

Almost everyone's clothes were muddied. Too poor to afford shoes, many wore plastic sandals, with mud caking their feet and toes. Those whose tents were invaded by rainwater begged relief workers to spare them some of the cardboard boxes in which supplies arrive, so they could use them to cover the floor.

The women, who mostly covered their faces, cut forlorn figures standing patiently in line as some dozen Red Crescent workers aided by camp children prepared for the distribution. But the grim faces turned into smiles and excitement as they, aided by male members of their families, began to pick up the gray blankets, mauve jerry cans and other relief supplies.

Small children, meanwhile, gathered in circles around Red Crescent workers who organized games for the boys.

Girls were asked to sing a song they knew.