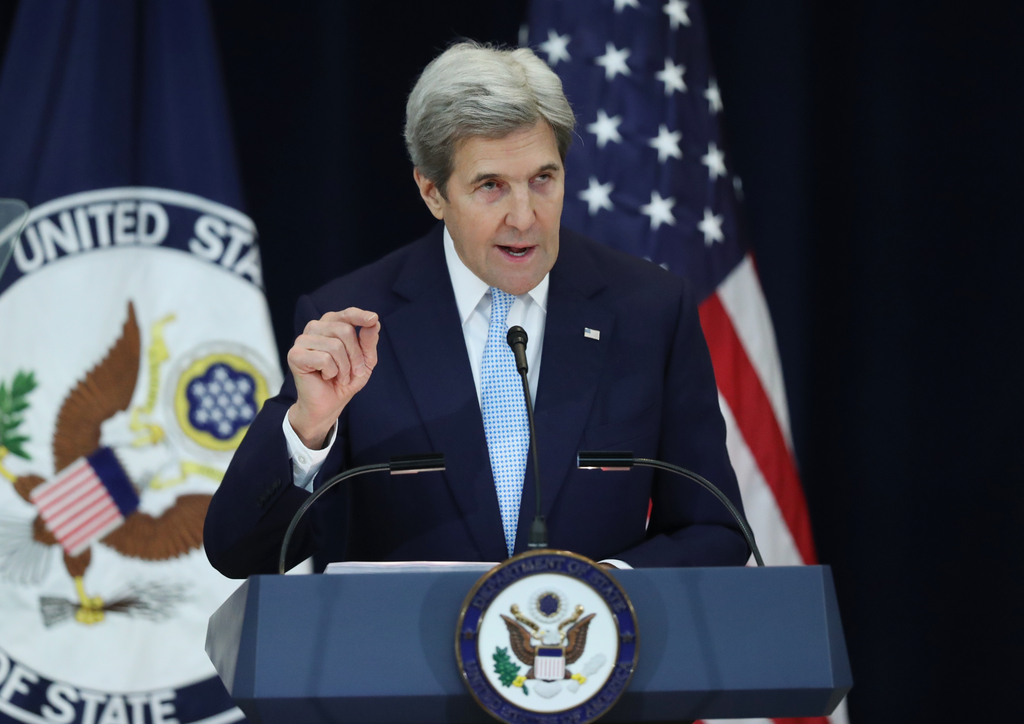 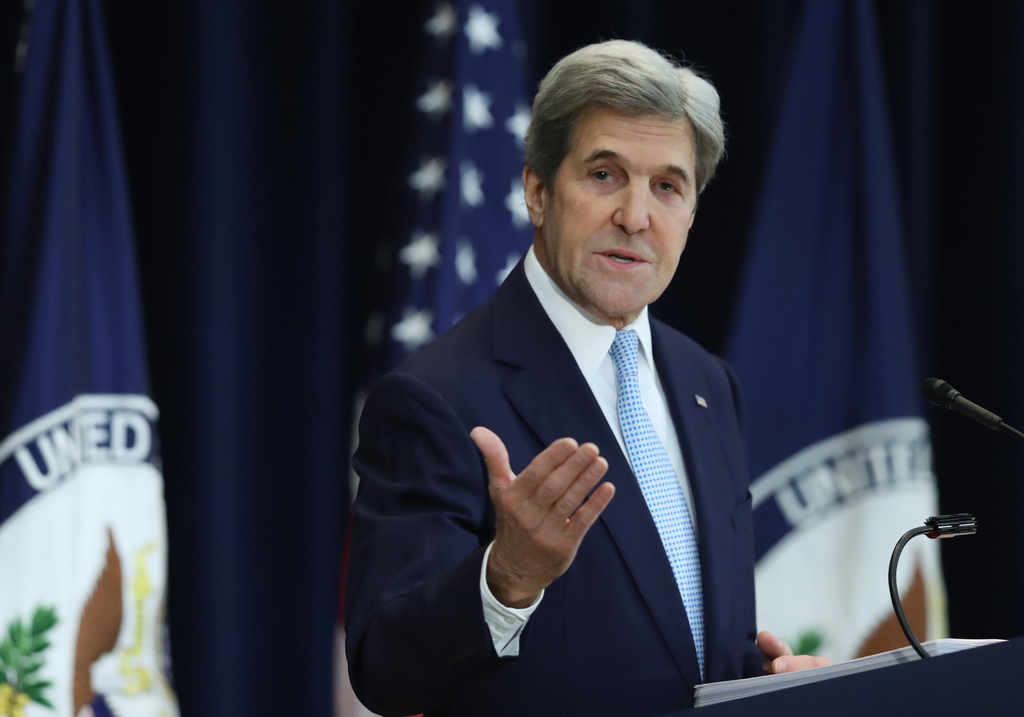 WASHINGTON (AP) — Stepping into a raging diplomatic argument, Secretary of State John Kerry on Wednesday staunchly defended the Obama administration's decision to allow the U.N. Security Council to declare Israeli settlements illegal and warned that Israel's very future as a democracy is at stake.

Kerry, pushing back on Israel's fury at the U.S. abstention of the United Nations vote, questioned Prime Minister Benjamin Netanyahu's true commitment to Palestinian statehood, which has formed the basis for all serious peace talks for years. Though Netanyahu says he believes in the two-state solution, Kerry said, under his leadership Israel's government is "the most right-wing in Israel's history."

"If the choice is one state, Israel can either be Jewish or democratic, it cannot be both, and it won't ever really be at peace," Kerry said in a farewell speech, a comprehensive airing of grievances that have built up in the Obama administration over eight years but were rarely, until this month, discussed publicly.

Kerry's speech marked the latest escalation in the vicious, drama-filled row between the U.S. and Israel that has erupted in the last days of Obama's administration. The extraordinary display of discord between allies — with U.S. and Israeli officials openly disparaging each other — has also pitted President Barack Obama against President-elect Donald Trump, who has firmly taken Netanyahu's side.

Israel's government was enraged after the U.S. abstained from voting on the U.N. Security Council resolution last week that called Israeli settlements in the West Bank and east Jerusalem a violation of international law. Netanyahu accused the U.S. of colluding with the Palestinians and helping draft the resolution.

The U.S. has vehemently denied those charges. Kerry insisted the U.S. "did not draft or originate" the resolution, introduce by Egypt and later by a handful of other nations.

"The United States did in fact vote in accordance with our values, just as previous administrations have done," Kerry said at the State Department. "The vote in the United Nations was about preserving the two-state solution. That's what we were standing up for."

For years, Obama has been deeply frustrated by the continuing growth of Israeli settlements despite his pleas to Netanyahu to rein them in. Israel's government argues previous settlement freezes have failed to spur progress toward a peace deal and that stopping or removing them mustn't be a precondition for future talks.

Point by point, Kerry tried to rebut the arguments Israel has used to defend the settlements, declaring that "the settler agenda is defining the future of Israel." He warned that Israel was at risk of a permanent occupation of Palestinian territory, drawing a pointed reference to America's own history of racial segregation.

"Separate and unequal is what you would have, and nobody can explain how that works," Kerry said.

Kerry reiterated that the Obama administration's commitment to Israel was as strong as that of previous presidents, but he also noted that previous U.S. administrations had also abstained on certain resolutions critical of Israel. He emphasized the record levels of military assistance the U.S. has provided Israel under Obama, codified by a 10-year aid deal recently struck worth $38 billion.

Obama, who is vacationing with his family in Hawaii, hasn't commented publicly on the resolution or the resulting spat.

Seeking to show he wasn't focusing exclusively on Israel's failings, Kerry in the same sentence bemoaned Israel's "seemingly endless occupation" of Palestinian land and Palestinian leaders' "incitement" of violence. He invoked the widespread concern that the growing Arab population will eventually make Jews a minority in Israel, creating a democratic crisis for Israel unless there's a separate Palestinian state.

Israeli leaders have made no secret that they are counting on Trump to change U.S. policy, and Trump assured them hours before Kerry's speech that they just needed to "hang on" until Jan. 20, when he would be sworn in as president. While Trump has not outlined a vision, he has signaled a much more sympathetic approach toward Israel, appointing an ambassador with strong ties to the West Bank settler movement and promising to move the U.S. Embassy from Tel Aviv to Jerusalem over Palestinian and others' objections.

"President-elect Trump, thank you for your warm friendship and your clear-cut support for Israel," Netanyahu said on Twitter before Kerry's speech.

The international community overwhelmingly opposes Israeli settlement construction in the West Bank and east Jerusalem, territories captured by Israel in 1967 and claimed by the Palestinians for an independent state. The Palestinians, and most of the world, see settlements, now home to 600,000 Israelis, as an obstacle to peace.