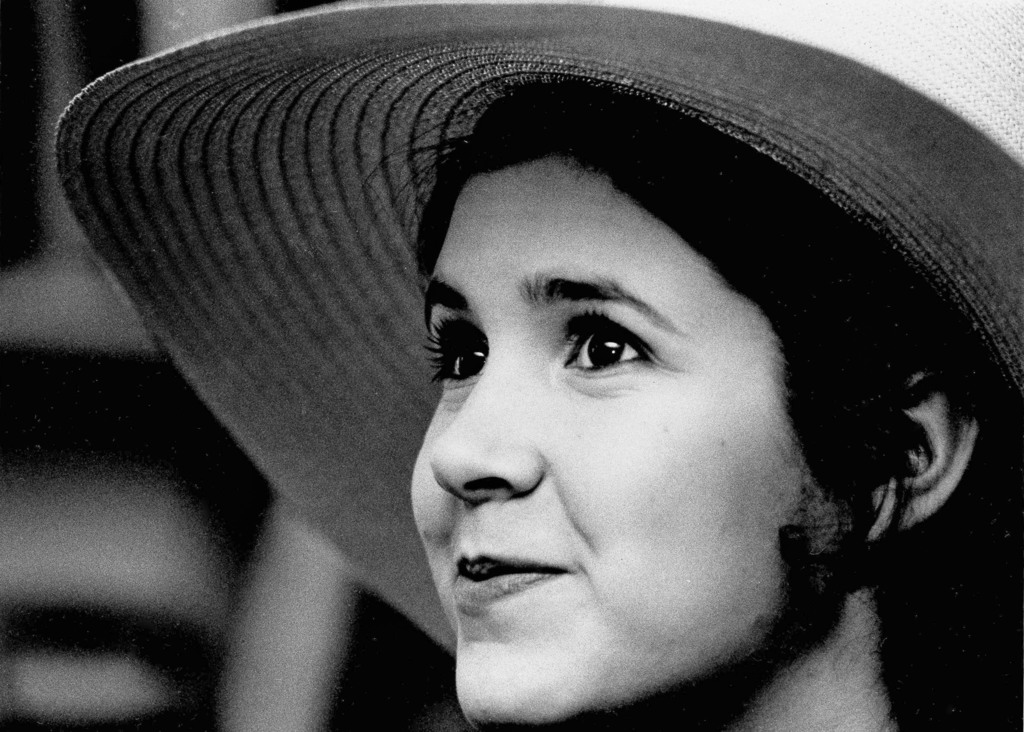 "I've spent so many years not telling the story of Harrison and me having an affair on the first 'Star Wars' movie that it's difficult to know exactly how to tell it now," Carrie Fisher announces on page 49 of her brisk but vague new memoir, "The Princess Diarist."

"Excellent, here we go," any solid fan of the real "Star Wars" movies (certainly not the prequels) will think, settling in for the literary equivalent of an ice-cream sundae of the more offbeat flavors.

But Fisher, who accepts that she will be known as Princess Leia until the end of time, lets the reader down. Having waited 40 years to publish what one expects to be a dishy tell-all about the romance behind the iconic movie of a generation (that generation mournfully sandwiched between the baby boomers and millennials), the actress, writer and raconteur only offers a few wisps of the goods.

Fisher blames her hazy recall of the behind-the-scenes affair with Harrison Ford on the potent marijuana they smoked on their lost weekends between scenes. She also decides that "with uncharacteristic reservation and scruples that I quash any details" of their first weekend together. Sex is private, she says.

No problem, but she also draws the curtain over the interesting bits: their chemistry, their conversations, her point-blank impressions of a man poised to become one of Hollywood's biggest stars.

Or maybe we're supposed to believe, as she insists, that Ford just didn't talk a lot when they were together. In any case, we are left with a few interesting glimpses wrapped around excerpts of the diaries Fisher says she kept while shooting "Star Wars" and recently discovered. Even the diary bits are not very revealing, being the moody musings, including poetry, of a young woman on the cusp of 20 years old.

It's clear from the final two chapters of the book, one of them titled "Leia's Lap Dance," that Fisher published this book with making money in mind. Her closing meditation on fame leaves Ford and the affair far behind. However, many "Star Wars" fans will read this book anyway or likely did so the instant it appeared.