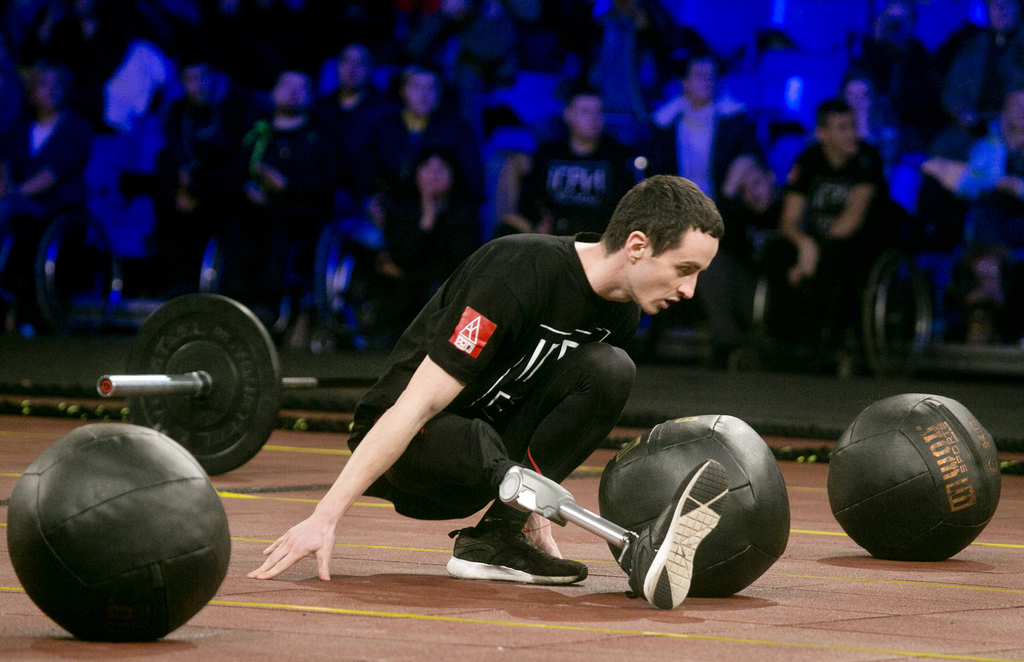 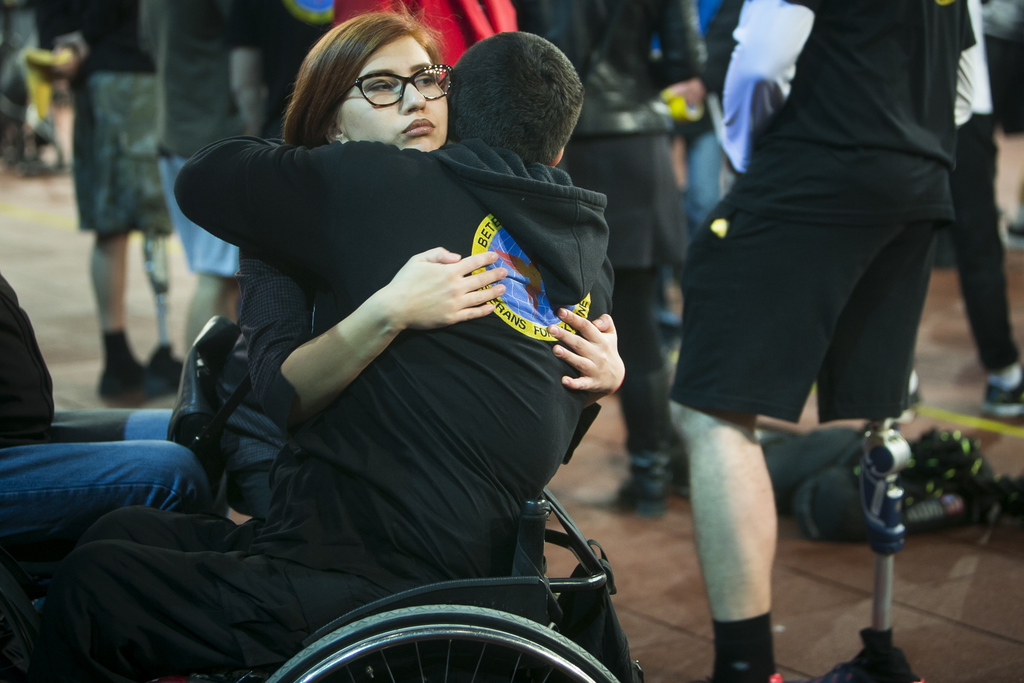 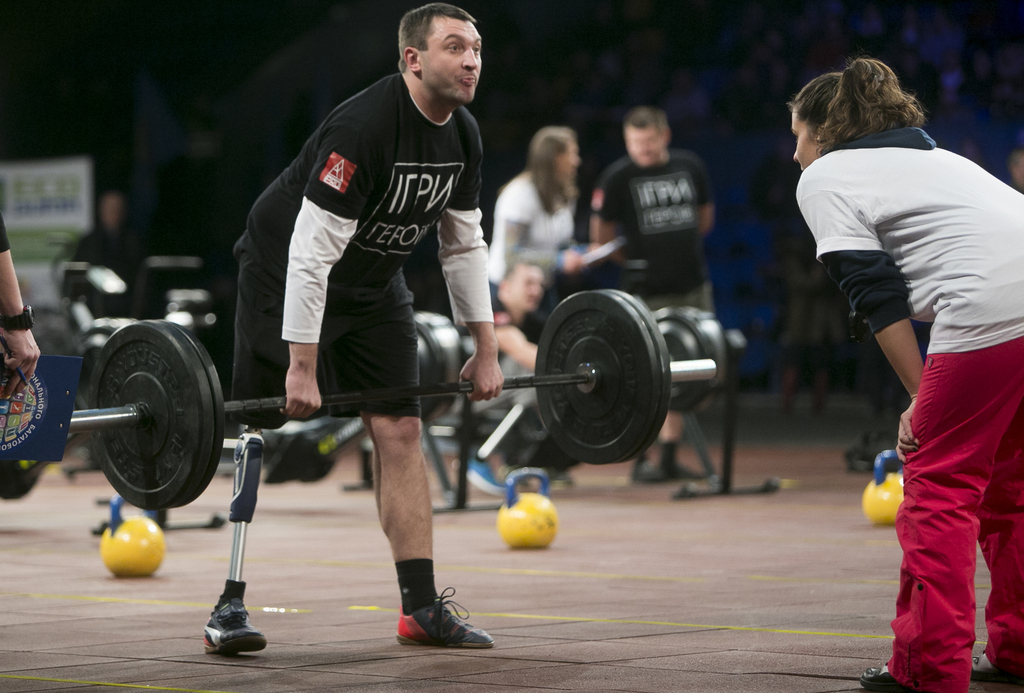 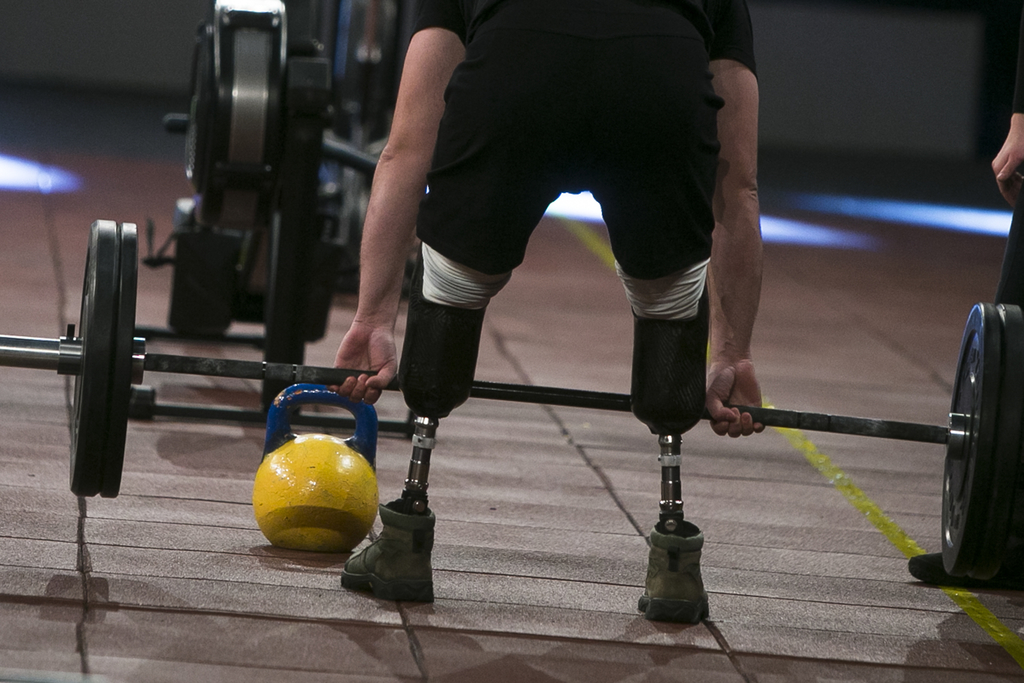 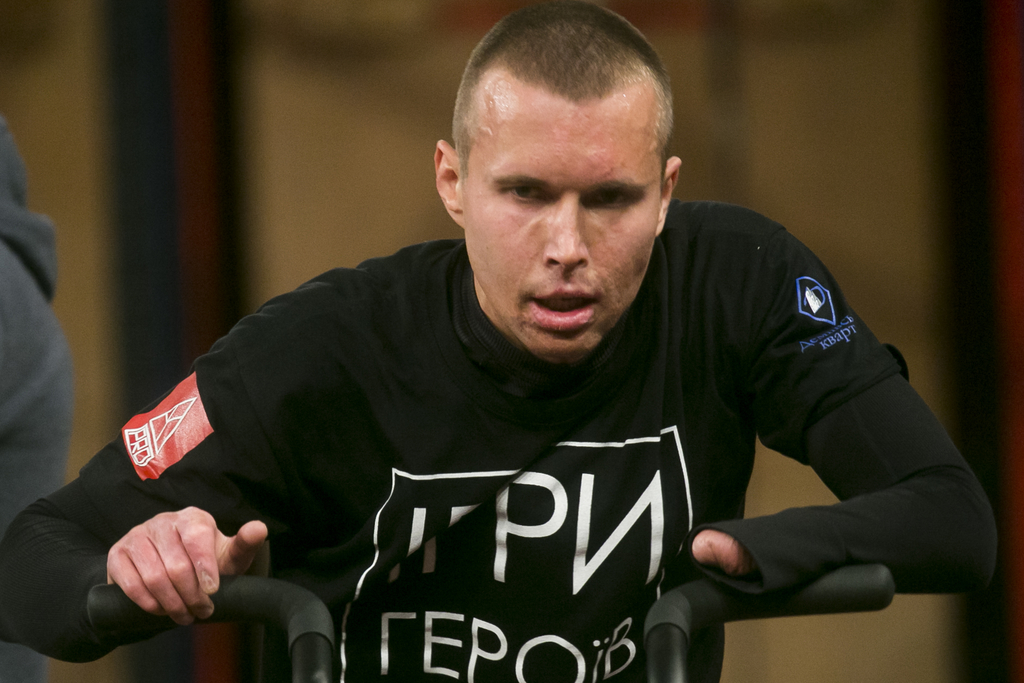 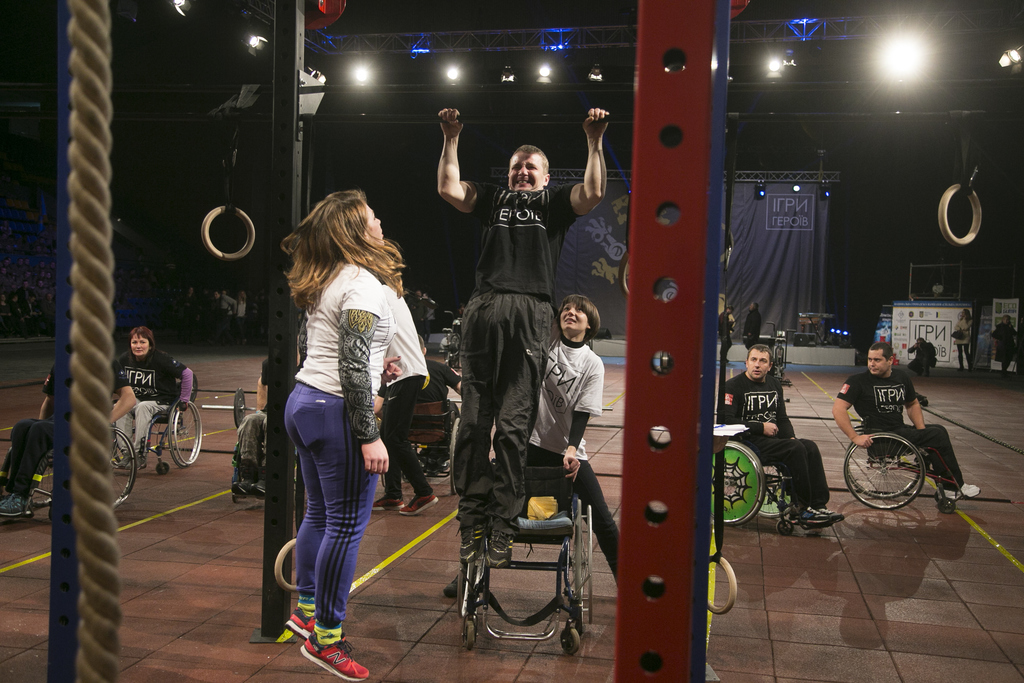 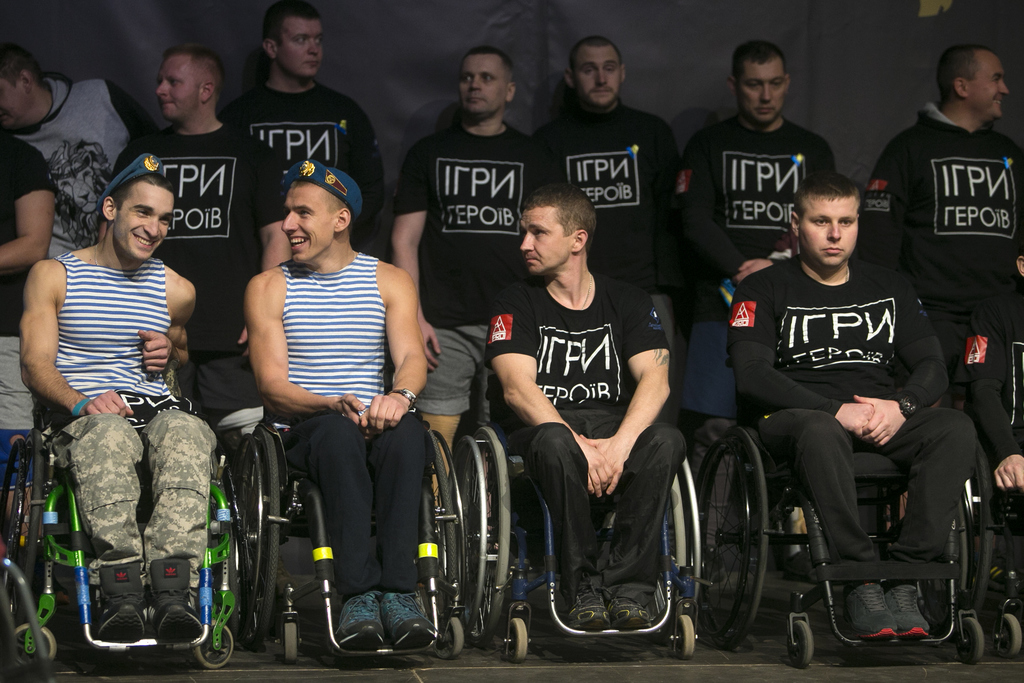 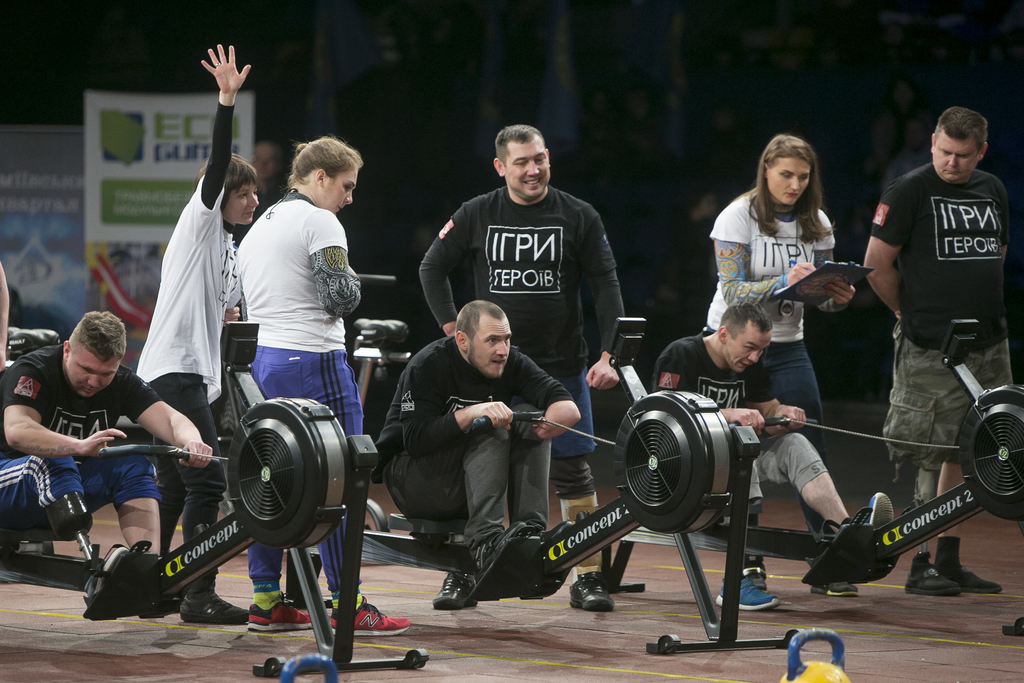 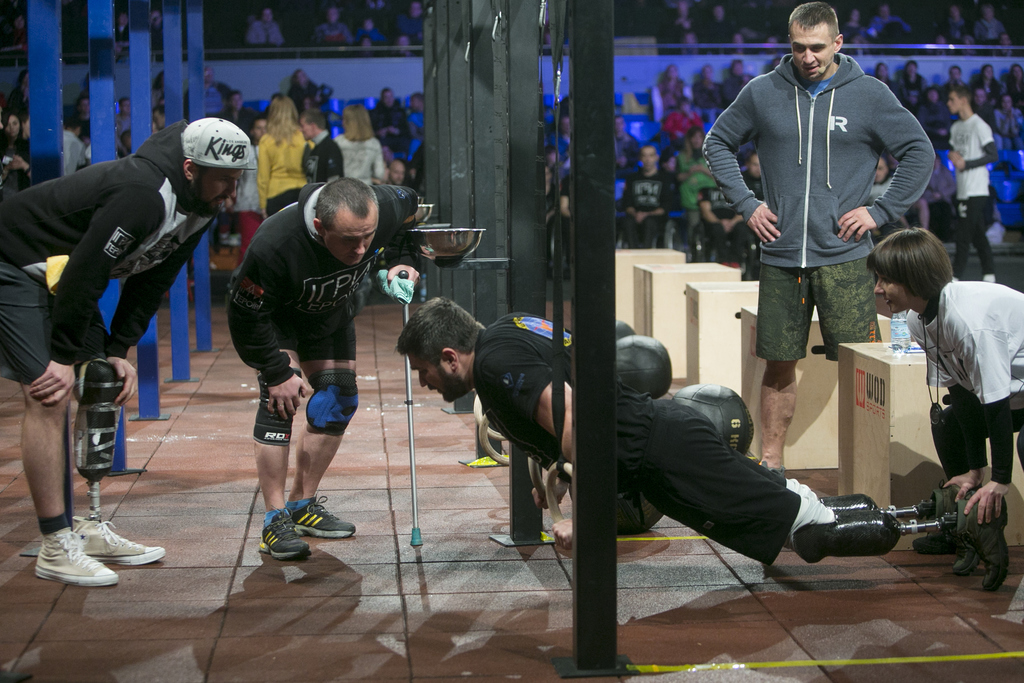 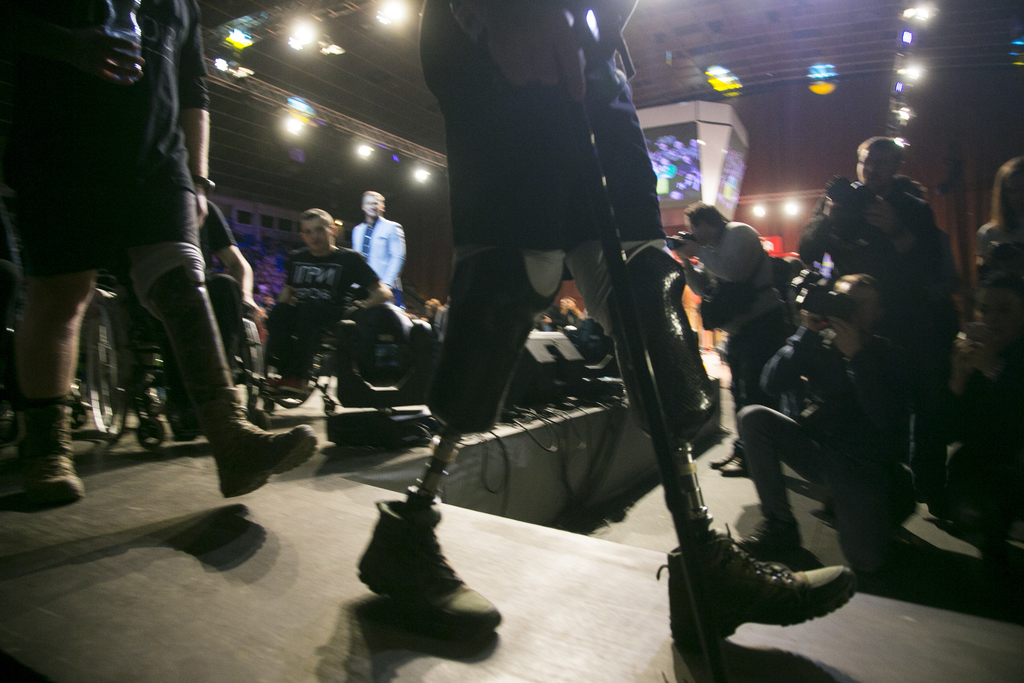 KIEV, Ukraine (AP) — Half a year after losing his legs in the war against separatists in Ukraine's east, Lt. Volodymyr Kovalsky showed the strength of his body and spirit in a sports competition for disabled servicemen.

Breathing heavily and soaked in perspiration after the competition's final round of weightlifting, Kovalsky said his infant daughter brought him the will to carry on; she was born a month and a half after he was wounded in March.

"I said to myself, 'I have to live to bring her up,'" the 33-year-old said at the Games of Heroes event in the Ukrainian capital's Palace of Sports.

He was one of about 50 wounded soldiers and veterans participating in the games, which included weightlifting, rope climbing and rowing machines. Some of the participants were in wheelchairs, others walking with prostheses.

About 2,000 spectators cheered them on.

The event was inspired by the Invictus Games project launched by Britain's Prince Harry that has spread internationally.

The organizer, Kiev-based TV producer Eugene Koval, said he had learned about the Invictus Games "and I said to myself: we should help the soldiers, why not do the same stuff here in Ukraine?"

Participants said their aim is to show other wounded servicemen that life should go on even when catastrophe strikes.

"When I was in the hospital, dozens of people who I didn't know at all came to me every day with gifts and words of support and called on me not to give up," said paratrooper captain Serhiy Romanovsky, 26, who lost his right leg in fighting two years ago.

Wladimir Klitschko, Ukraine's former world heavyweight boxing champion, bought Romanovsky a 20,000-euro ($21,000) prosthesis, and Romanovsky is currently training for the Paralympic Games. He still is on active duty, based in Lviv.

Romanovsky said there are close to 1,000 servicemen in Ukraine who have lost limbs in combat operations in the war that began in April 2014.