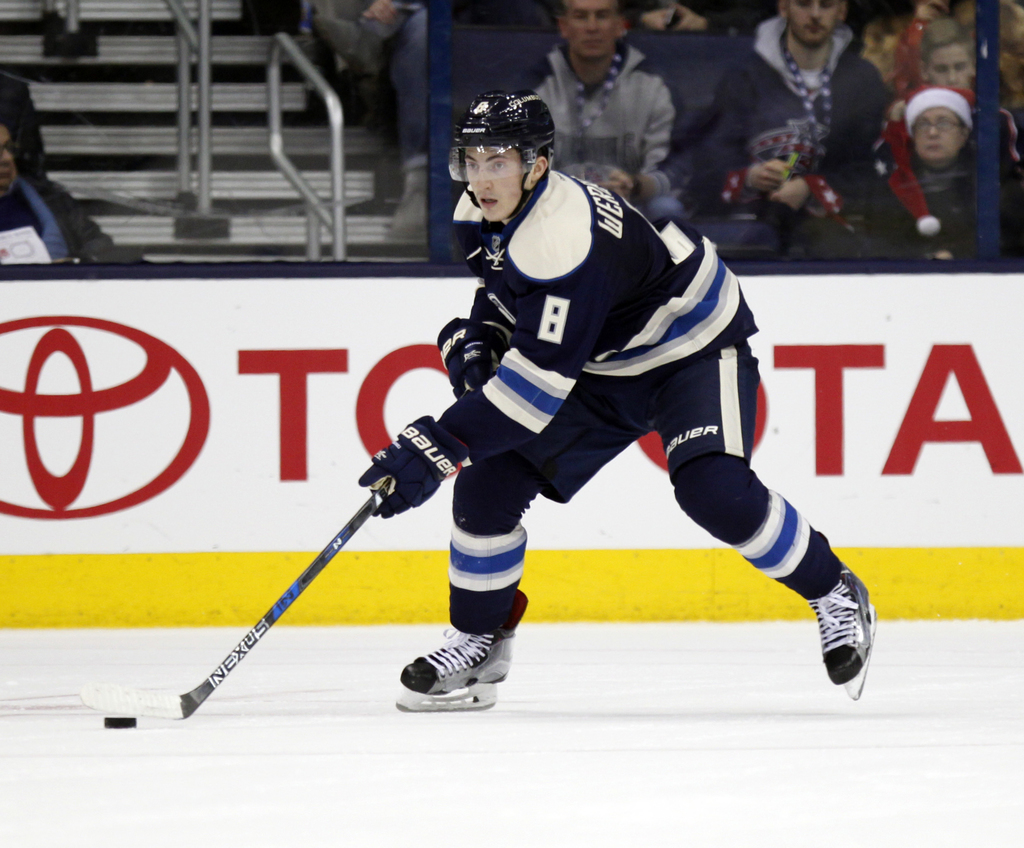 Zach Werenski and Ivan Provorov are the latest to put cracks in the time-tested theory that defensemen need a long time to develop.

The 19-year-old rookies quickly followed the lead of Seth Jones and 2015 Calder Trophy winner Aaron Ekblad in adapting more quickly to the NHL than elite defensemen of previous generations. Werenski plays on the Columbus Blue Jackets' top pairing alongside Jones and Provorov is already a No. 1 defenseman after making the Philadelphia Flyers out of training camp.

"In that position of defense, it's the toughest to play and a lot is expected of them to step right into the top level of their game in their sport," Blue Jackets coach John Tortorella said. Werenski "has a mental aptitude about him that he can handle a lot of things — not only physically but more importantly mentally. It's really impressive to see such a young man be able to do that."

Werenski and Provorov are in the Calder race for the top NHL rookie with forwards Auston Matthews and Patrik Laine, while Jakob Chychrun of the Arizona Coyotes is handling the NHL well at 18. Young 20-somethings like Rasmus Ristolainen of the Buffalo Sabres, Colton Parayko of the St. Louis Blues, John Klingberg of the Dallas Stars, Morgan Rielly of the Toronto Maple Leafs and Provorov teammate Shayne Gostisbehere also didn't need much time to adjust to the North American pro game.

"You're seeing a lot more young defensemen put in bigger roles," Jones said. "Teams and organizations are going to be putting them (in) earlier so that they can see for themselves what it feels like at a young age so that when they do kind of develop, it'll go a little quicker."

Some of it is the necessity of the salary cap and the trend toward teams leaning on younger, cheaper players. But the best of the best defensemen are now much more like the prodigious Drew Doughty, who was a major contributor for the Los Angeles Kings as a rookie, than Victor Hedman, who needed a few years to develop into the star he is today.

The Flyers gave Gostisbehere an opportunity last season after a long-term injury to veteran Mark Streit, and Provorov earned it this fall with his play. While a lot of young defensemen are further ahead offensively than defensively, Provorov has earned matchups against Connor McDavid, Tyler Seguin and other top scorers and lived up to those lofty expectations.

"His consistency has probably been one element that's taken a nice step forward," coach Dave Hakstol said. "The bulk of (the credit) goes to Ivan and his mental readiness and physical readiness maybe being able to play regardless of what the era is."

Tortorella handed Werenski power-play quarterback duties and watched him put up 12 of his first 21 points on the power play. High expectations with no safety net have suited the Michigan product perfectly.

"I like the pressure, I like being out there in all situations," Werenski said. "Whenever someone gives you a role like that, the only pressure is the pressure you put on yourself."

Sabres coach Dan Bylsma called Ristolainen, who had 41 points last season, a "horse" whose offensive game is still developing. Chychrun has handled the pros the way he expected even after slipping from the discussion as a top-two pick to 16th overall and been a mainstay in the Coyotes' lineup as the youngest defenseman in the NHL.

But Jones and Ekblad, who has struggled in his third season, are cautionary examples of the decline that can happen with time.

Jones "started with high minutes and then he sort of came down to earth a little bit, and then he sort of worked his way up — now he's a top defenseman in the league," said Washington Capitals coach Barry Trotz, who had Jones as a rookie. "I think with the young defensemen, it's a hard position. When you start spiraling a little bit, it's hard to sort of straighten the ship out a little bit. It takes a little longer. It's more like a tanker than a speed boat."

Tortorella's Blue Jackets won 12 in a row and new coach Bruce Boudreau's Minnesota Wild 10 in a row going into the Christmas break.

Abandoned by coach Patrick Roy in August, the Colorado Avalanche have lost seven of 10 games and are dead last in the NHL, prompting talk about general manager Joe Sakic shaking things up with a trade. Want a shiny Matt Duchene or Gabriel Landeskog? Now's the time to make an offer, but young talent doesn't come cheap.

Columbus vs. Minnesota is a matchup of the NHL's 2000 expansion franchises (as well as a potential Stanley Cup Final preview?) as the two hottest teams face off Saturday night.